As Westerners, We Think We Need An Automobile

One of the many lessons I have gotten at the esteemed University of Pattaya by the Sea is that one would only own a car if absolutely necessary. I do have a wealthy friend living atop an expensive condo building in a high-end neighborhood with a three hundred sixty square meter place, a Bentley and a BMW 6 series (new) for his 21 year old girl friend. Yes, she will very likely stay.

This week he will buy from me an extra motorbike I have as driving a car is about the slowest way one can get around here in our multinational playground. I own two motorbikes and presently zero automobiles.

For some background, as a 30-year old break-even (if I could) hippy I realized I needed some sort of a valid income stream as my ganja (we called it something different) consumption prevented any profits other than a McDonalds pig out and some ice cream. So I cleaned up and walked into a car dealership as a friend was making three thousand dollars a month and given a free car to drive. 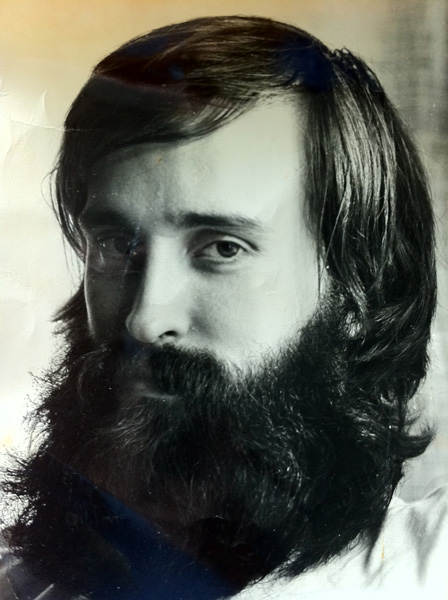 So, this particular dealership was wildly successful and full of criminal tricks to learn, like pouring a cherry coke under the customers trade to convince him the automatic transmission was dying. In 1976, that 3k was some pretty fabulous dough and with my own Cadillac Eldorado as a free ride, I could buy cocaine in the baggies rather than small folded up paper. The girlfriends got better looking, and I learned the game they play. Sold 20 cars my first month and owned a few suits! I did that game for 16 years until I got sober and found myself unable to play that game as a sober adult. So I went into insurance and prospered enough to live here rather comfortably now and for the past ten years

In about my third year here I was still at that stage where I thought about being in a couple and bought a double-shelled condo fixing it up as a one bedroom thinking she could watch Thai TV in the other area and my thick sliding glass door could help protect me from that fabulous humor in Thai slapstick TV productions. And so when I completed renovation of the two shells and sold the older two small units down in Jomtien, I thought I would go buy a used sturdy car.

There are several places one can buy used cars in the city of variety and I went to a Thai lot up on Suhkumvit almost past Jomtien. These guys give you less eye contact than a bar girl you have just caught going through your trousers while you snuck out of the still running shower to catch her. If you think your girlfriend gives evasive answers, these guys make her look like a straight shooter. But, I know cars and found an 1984 Benz with the frequent Toyota V-6 drive train. Apparently, after a car in Japan, and I hear Singapore as well, gets to be three years old the government taxes them heavily as too old to be running clean. To me, this seems like the auto industry paid some officials to keep people buying new cars every three years, but why be cynical, that's life. Anyway, as a result of this three-year thing, there are many Japanese drive trains here and older Japanese Camrys used to dominate Cambodia when I went there years back as well. 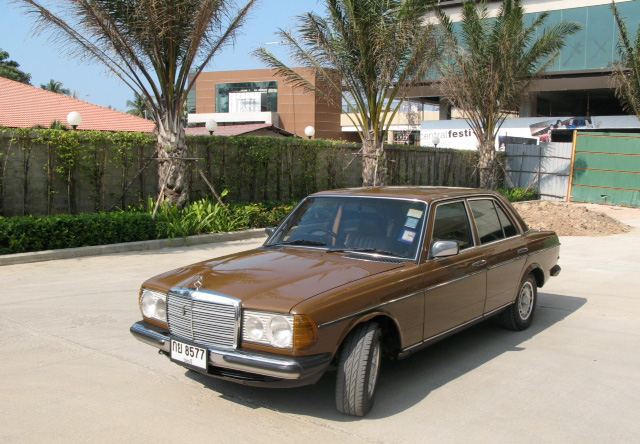 Now, we all know Thais enjoy appearing prosperous. It is said there are more older Mercedes here than any where on earth other than Germany. Seems possible to me. And so we have all these old Benzes with Camry drive trains.

Gasoline is expensive so, many of these are converted to LPG gas. My brown bomber had a forty liter tank for that LPG in the trunk and one has to search out the places that sell that gas. I guess four or five here in Fun Town.

What Thais forget to tell you is that LG is so dirty it roughens those smooth surfaces on Valves and a valve job will be needed fairly often. Mine to stop the sputtering and dying I had to have a valve job done in 2008 for eleven thousand baht on the road that has everything, Suhkumvit.

As nice a looking car as it was, for the 130,000 baht I paid those shifty boys, it had older car problems. For example, a friend flying in once from China with a girl he was importing here for a weekend to escape hearing "Up to you", asked me to pick him up at the airport. Thankfully, the new one.

So I get there and turn the key off which breaks in the ignition, 10 PM at night in front of arrivals. The Chinese girl had a finger nail file and it worked! Gets us miraculously back here, while I managed to not let it die as the idle had developed problems. 1 AM we pulled up here and I felt certain I had been blessed with divine protection!

The next morning, Lek managed to retrieve the broken elements and take both pieces to one of the many roadside keys duplicators on Soi Buakhao (makes me wonder if the hundred year old red faced Brits there lose their keys a lot there, or girlfriends duplicate them for future thefts). Anyway, they made a new key that worked and it was just 120 baht. Try that back home, fellas.

Now, if you own an older car, the Thais want you to drive it out there to hell and gone countryside inspection place every six months to make sure you are not polluting the pristine air in our environmentally unconscious neck of the woods. This costs money, and if your sticker is out of date, the boys in brown start smiling.

I finally decided that the couple of road trips to Hua Hin and the mother city of Pattaya, Korat (some say Buriram), that buses, trains, and jet planes were in my future and sold that car to a Swiss dealer in Jomtien, who really likes making old cars nice and charges accordingly.

Baht buses, motorbikes, shoes are all better than owning a car here in my opinion.

I better not get started on who gets the bill for traffic accidents. I sold mine before that happened.

Woohoo, the legend that there was once a hi-so farang in Pattaya is true…and now we know that it was our very own Pattaya Gary cruising around town in his Mercedes Benz!

A Trip into Mae Hong Son: Part One – Tales of Caves, Coffins and Hill Tribes

Up the Load, Up The Load