Strolling around Silom at lunch time and then again this evening, there is a noticeable change in atmosphere from how things were just a few days ago. The tension in the air seems to have gone and it just feels like everyone is a lot more
relaxed.

At the top of Silom remain hundreds of policemen with riot gear keeping an eye on the red shirt encampment n the other side of Rama 4 Road. Not far behind the policemen are soldiers. The razor wire that had been laid out in places has largely been retracted,
giving the area a more normal feel. 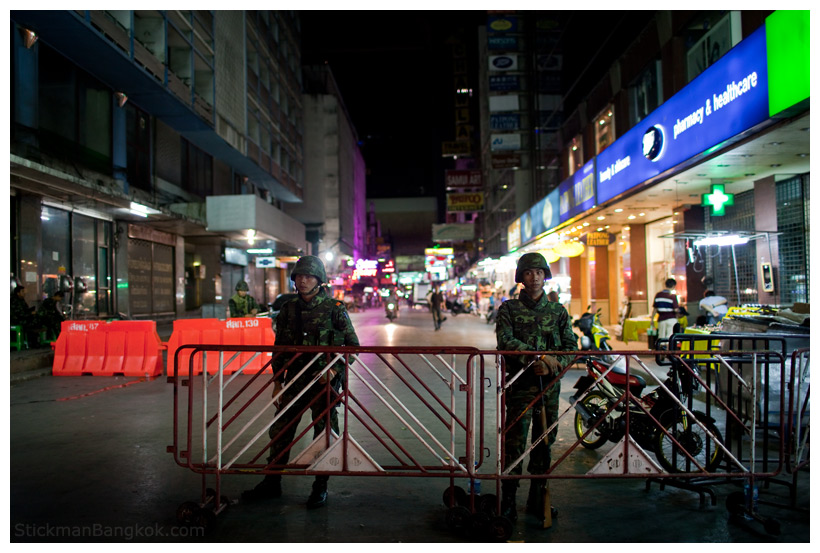 There don't seem to be nearly as many soldiers around – at least not as many are visible as last week although all the key areas are still being patrolled. 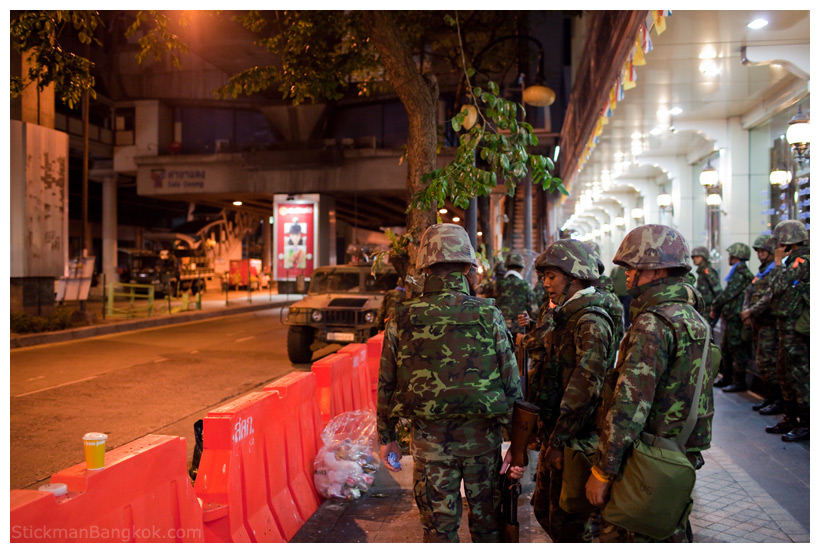 At Patpong, the night market remains closed, this being the 9th day running that Bangkok's top night time tourist spot has been closed. 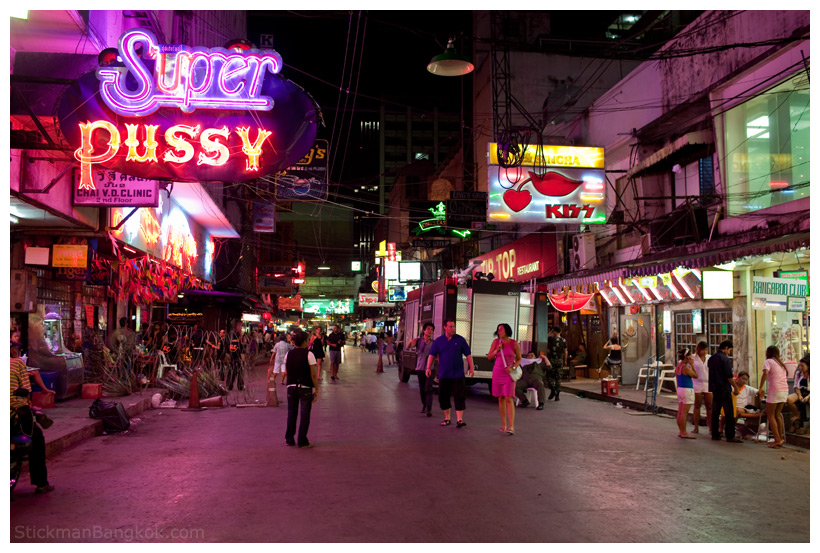 Most bars are open, including almost all of the name bars on Patpong sois 1 and 2. The only big name bar that seems to be closed is Pussy Collection.

Touts and vendors seem rather subdued with only small numbers of foreigners in the area and seemingly few buyers. Just like Silom by day, a lot of people are coming by to stop and take photos.

The flower boy below was stopping all and sundry, desperately hoping that someone would relieve him of the bunch of flowers he has to sell each night before he can go home to sleep. 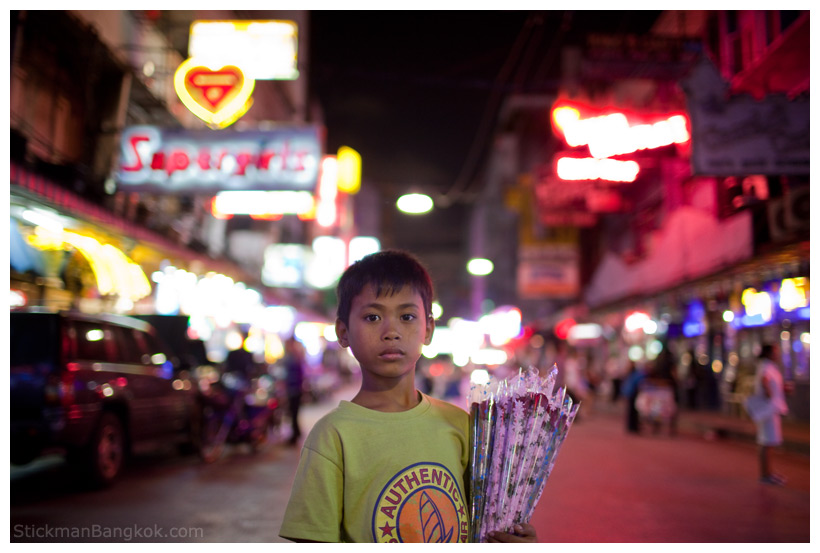 About half of the shops on Patpong soi 1 are open and about half of the vendors in the Silom area are peddling their wares. As you move north of the Sala Daeng BTS station on Silom Road, most businesses are closed, with the odd exception, such as Burger
King. The large McDonald's opposite Patpong soi 1 which is well away from the danger area is closed.

The skytrain is ceasing service at 8 PM – that is the entire network, and the absence of the familiar sound of the skytrain overhead as well as the lack of traffic on Silom Road itself makes the area feel more like a far flung corner of the city than
one of the major downtown neighbourhoods. 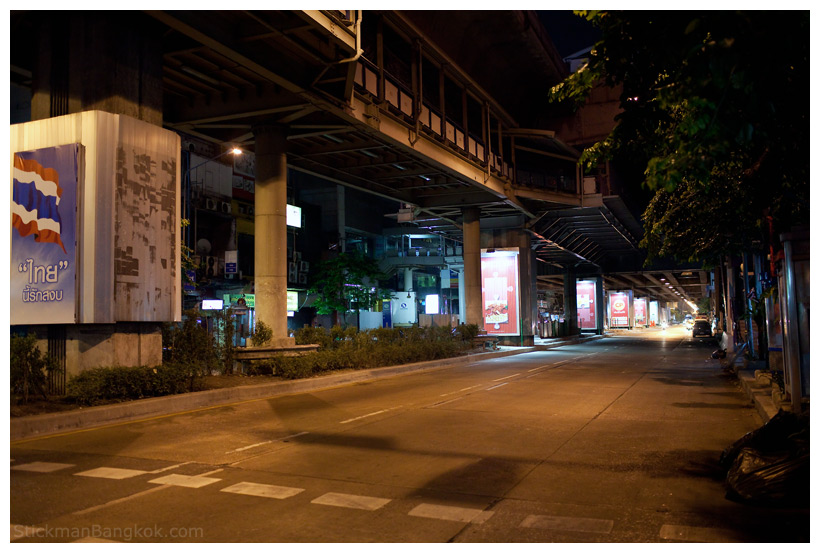 It would be nice if the calm we're currently seeing in the Silom Road area was mirrored elsewhere around the country, but according to the mainstream media it isn't. In fact in some parts of the country it sounds like trouble is brewing, with cops being prevented from going about their duties by mobs of red shirts in various provinces.

Sigh, in Bangkok it seems that peace has been restored for the time being while chaos is breaking out in other parts of the country…