Senor Pico at the Rembrandt Hotel opened its doors 18 years ago and has long been regarded as the best of Bangkok’s Mexican restaurants. As much as I like Mexican food and as often as I eat it, I’d never visited Senor Pico so this week that changed and I broke my usual routine of Mexican at Sunrise to try Mexican at Senor Pico. To say I was impressed would something of a major understatement… 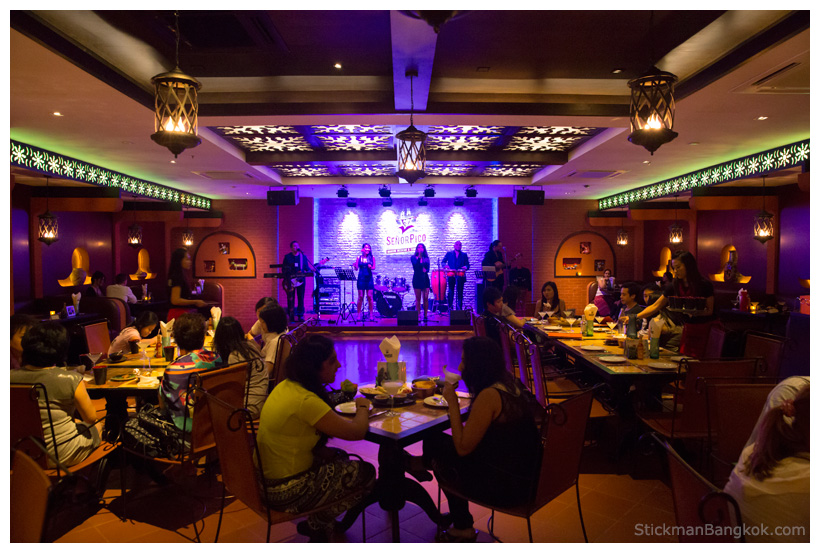 Senor Pico comprises a large dining area with tables spaced much further apart than any other Mexican restaurants in the city. The restaurant was recently renovated and is bright, modern and unmistakably Mexican without being gaudy has some hotel restaurants can be.

A 5-member Mexican band performs nightly from 7 PM and there is a dance floor. The venue can get lively later in the evening.

There are 2 head Mexican chefs in the kitchen, and over 10 Thai chef’s assistants and along with 40+ varieties of Tequila and more than 50 Margaritas on the menu, Senor Pico has to be the most authentic Mexican restaurant in the city. 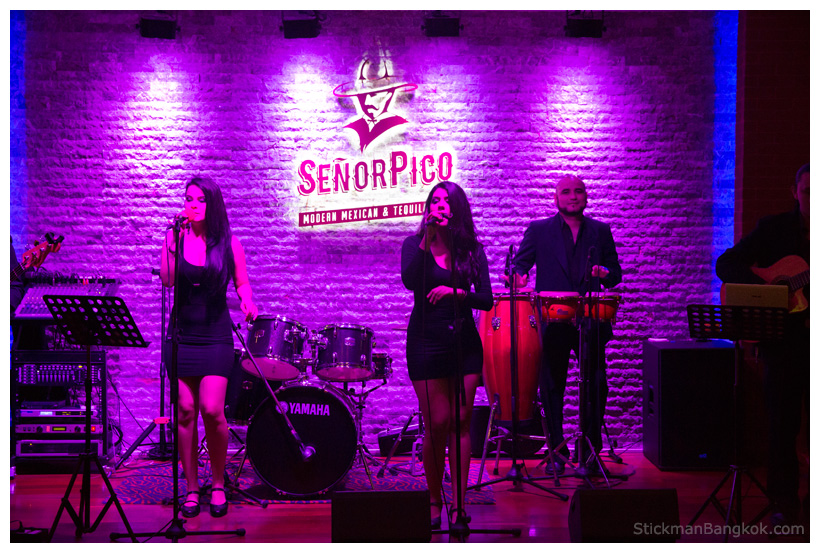 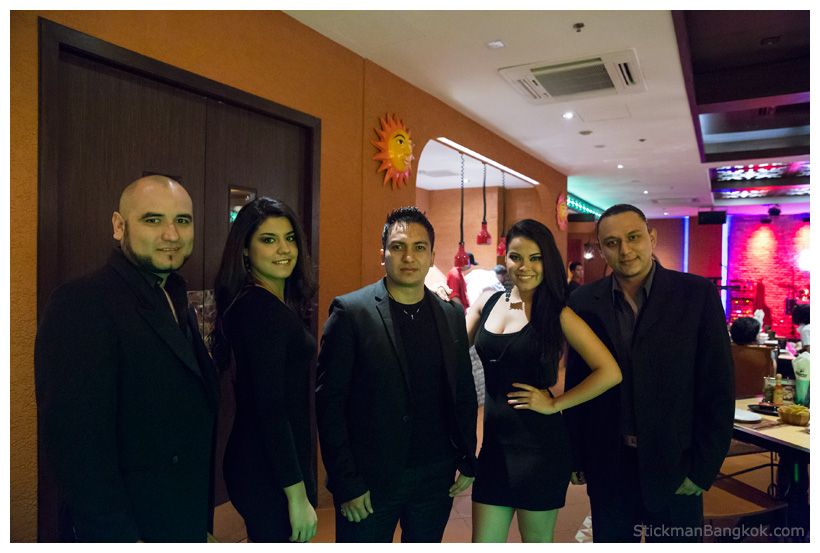 The band were getting popular in their homeland and the hotel feared they would be lured to the bright lights and big money of America so an offer was made that they couldn’t refuse and they were enticed to Thailand on a 1-year contract. One of the singers is seriously cute in a Latino way, a real heartbreaker! 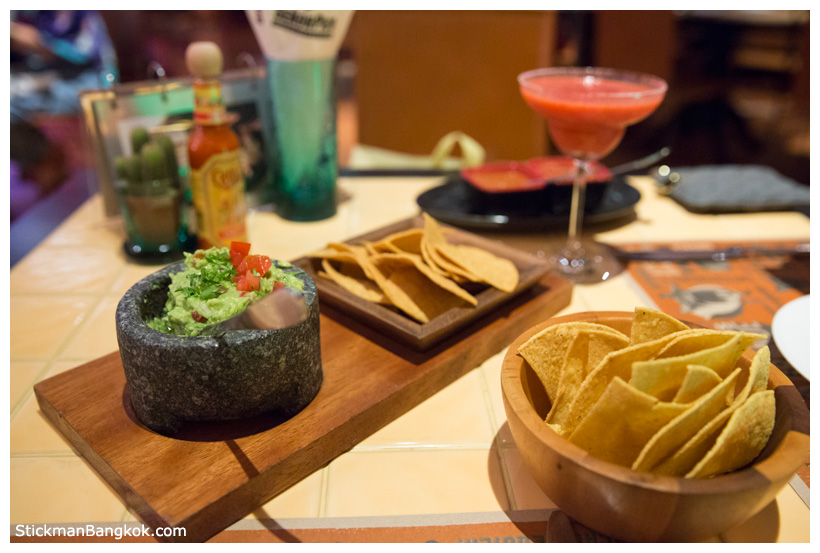 While Senor Pico has live music, a variety of drinks you can’t find anywhere else and top notch service, it is the food that you visit for and this is where Senor Pico sets itself apart from the competition.

In a word, the flavours are more subtle than you find elsewhere. It’s unmistakably Mexican but rather than an avalanche of flavours as you find elsewhere, the flavours are more subtle, the texture of the dishes better – everything is freshly made and nowhere, but nowhere, in this city of many perfectly decent Mexican restaurants can compete on quality of ingredients or taste. Even Sunrise Tacos, which I rate highly, has to take second place to Senor Pico when it comes to the general quality and taste of food. It all comes back ingredients, many of which are imported, including beef from America, shrimps from the Mediterranean and the avocadoes for their guacamole from New Zealand. And in a nice touch, the guacamole is made right at your table and you can specify just how you want it – a little spicier, a little more salty – don’t be shy to let them know!

We ordered the Baja fish tacos (395++ baht) and the fajitas supreme (650++ baht), a mix of beef, chicken and prawn fajitas. Each dish was cooked perfectly and tacos featured big pieces of fleshy fish, and all were very nicely presented. It was preceded by the guacamole and chips which was outstanding.

Our food was accompanied by Margaritas and the peach Margarita was particularly good, fruity without being too sweet or too sour. 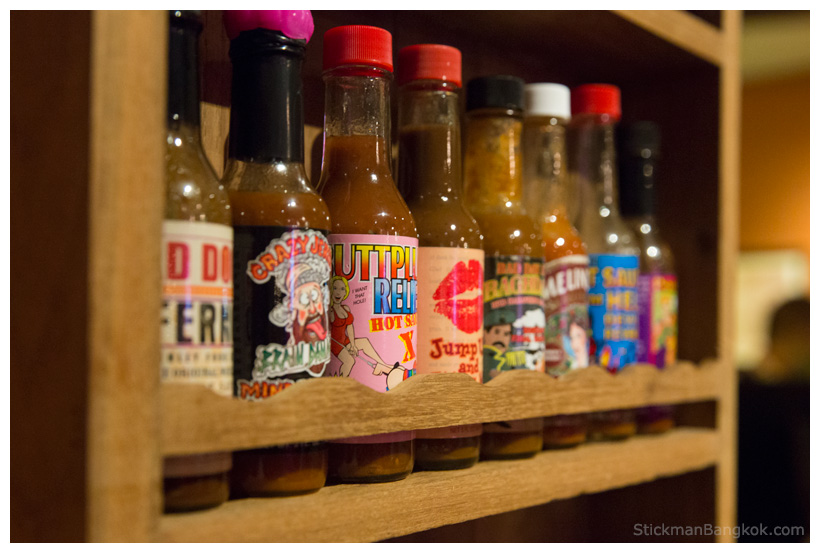 If you wish to enhance the taste of your food, Senor Pico features a rack of chilli sauces. I am told that Thai chillies are rated at 80,000 Scoville, the measure of the spiciness of chillies. That is, apparently, rather mild in the big scheme of things. The various imported Mexican chilli sauces go up to 750,000 – the hottest are kept out back for safekeeping and umm, err, safety! One drop can be quite potent! 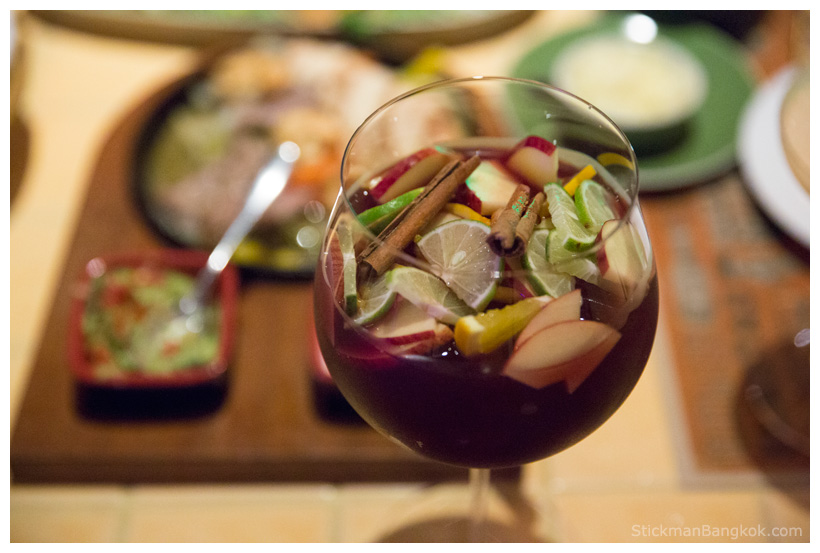 Senor Pico appears to have the top end of the Mexican restaurant market all to itself. The average cost per head is 800 – 850 baht, so it’s not the sort of place you’d dine every night, but then it’s not prohibitively expensive either. I couldn’t help thinking it would be ideal for a first date.

They also do a Saturday brunch which at 599 baht is a bargain when you consider it includes all the make it yourself Bloody Marys you can handle as well as imported ingredients like beef from Texas!

The current happy special runs from 5 – 7 PM and is buy any Tequila at the regular price, and get a local beer for just one baht. Heineken is included in that special.

It’s not hard to see why Senor Pico is widely regarded as the best Mexican restaurant in Thailand. The food is fabulous and the service is top notch.

Due to its popularity, reservations are required for Thursday, Friday and Saturday nights. Other nights walk-ins should be ok.

Next in Stickman’s Reviews