It Takes A Village

Every year I make a visit to my girlfriend’s village in upper Isaan near the Laos border. Last year's submission “A Day in the Life” published on 27/06/2011 received a great many thank yous from readers saying that the submission was the evidence they needed to never go upcountry.

I'm sorry people feel that way because I love going there. The boredom, the bad food, appalling conditions, the taking a dump in a hole and washing your butt with cold water…all of this makes me appreciate more the life I have, and the new life I can give my girl and her family.

This year my schedule dictated that I fly to Khon Kaen rather than driving all the way. I was picked up by my girl, her older sister, the next door neighbor and her husband, who was driving the family pick up truck. We are all aware of our girls referring to others as "sister". This is a translation from the Thai, which doesn't actually mean sister in the family sense, but is used to refer to a person with whom one has a close relation. I leaned something new this time, as the next door neighbor's family was explained to me to be the older sister of my girl's family. I didn't know that families could have older sisters but there you have it.

The five of us squeezed into the pickup for the two hour drive north. There was non-stop talking in Isaan dialect so all my hours of practicing Thai were mostly wasted. The husband driver would ask me questions…how long to fly from Bangkok to Khon Kaen, what is the cost, how long to fly from Bangkok to my country, how much does it cost…do they have sugar cane in my country, what about rubber trees, etc? 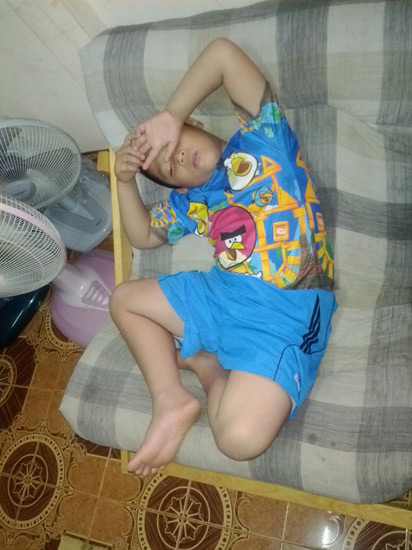 When we arrived in the village, the nieces and nephews ran to greet me affectionately. There seems to be a difference of opinion about raising children not your own. My girlfriend has no children, but her two older sisters have several among them. I have been proud and honored to be supporting these children for years now, and watching them grow from toddlers to teens. The oldest girl is now studying for entrance into police academy; my girlfriend told me that when she was 15 she wanted to do the same but the family had no money to pay for the entrance exam. I hesitate to think what job possibilities my girlfriend's niece might have to consider were I not around. The 8-year old boys sit with me while I work, and watch movies with me, and we play games together. My girl loves her older sister's children as if they were her own, and I feel the same. 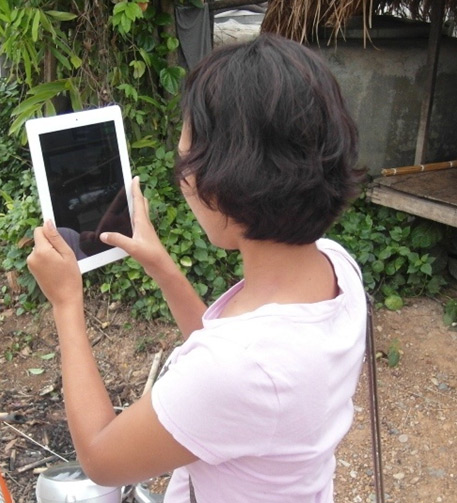 I wrote last year about how boring life was in the village, and how there was nothing to do. My highlight was always the 30 minute drive to the Internet cafe where I could do my emails and surf the web for the latest scores. Life has changed in the last year. Now with 3G not only am I completely connected at all times, but my girl and her sisters and the children all share several iPads. Homework and games share the stage as, instead of the TV, everyone now plays Ice Age 2 together. For my part, I could read the international press and download my magazines and I never felt disconnected as I did previously.

The real action this year was about building the house. After six years together I felt it was time to build my girl a house. When I offered, and asked her why she never asked me to do it, she said "I have been waiting for you to offer. I cannot ask for something like this, you have to want to give it to me."

There have been some excellent submissions recently about building a house in Thailand which I cannot improve on. Anyone interested in doing this should read what others have to say. My girl and I bought some books with pictures and floor plans of houses. When she decided on one, she paid 15,000 baht to develop the full set of plans. Then she drove around her village and found houses she liked, and hired the contractor who built them. While the skilled labor (electricians and plumbers) were trained in Bangkok, the unskilled labor came from her village.

I like this. Not only are we providing employment to the village, but the people building the house are those my girlfriend grew up with, and live next to. One would think that there is a strong desire to do things right when the person paying for and who would live there is your next door neighbor.

My girl quit her job to oversee the construction. Every day she stays at the site, making decisions but also making sure things are done properly. Her mother walks the site hourly, picking up stray nails and collecting wood to be reused. Father built a shack where he sleeps every night to make sure no one wanders off with any bricks. Every morning the lead contractor comes to my girl's current house for coffee and to discuss the work for the day, and every night we buy a bottle of 100 baht Thai whiskey and drink and watch the sun set with the workers sharing one plastic mug. 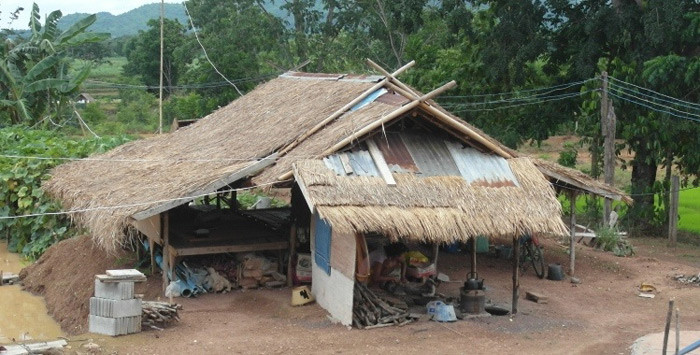 One afternoon the students at the primary school staged a parade to say "No to drugs". As I watched the little girls, I thought about how there were virtually no decent employment opportunities for them, which was why so many end up on their backs in Bangkok. People in Isaan are said to be pro-Thaksin. They're not, really. They understand he is arrogant and corrupt. But for years the people of Isaan were ignored by Bangkok, and as a deliberate policy no factories were built. Hi-so Thais wanted an endless stream of chambermaids and construction workers and taxi drivers. Thaksin, no doubt for selfish political reasons, was the first Thai politician to ever pay attention to the region, and for this they give him their support. Just for the record, during the years that Abhisit was in power, he never once set foot in Isaan. <Absolute bollocks – he certainly did go to Isaan! – Stick> 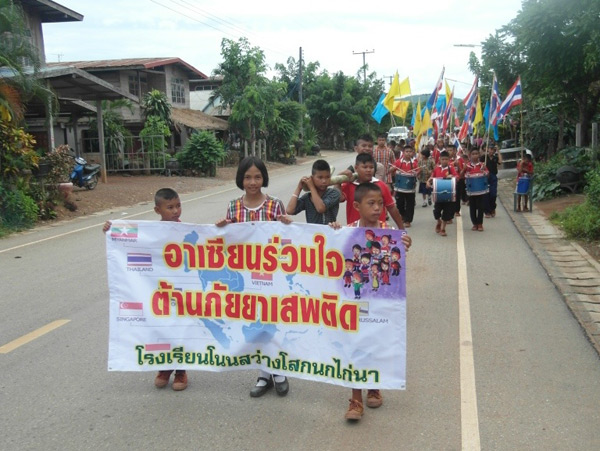 The village wakes up together when the headman gets on the microphone at 6 AM and gives the news of the day and the weather report. The village builds houses, plants rice, the men go off to work while the women raise the family, they say "No to drugs", the girls grow up, go to Bangkok, entice foreigners to lavish money on them but send most of it home and when they get old, they go home to the village to die. 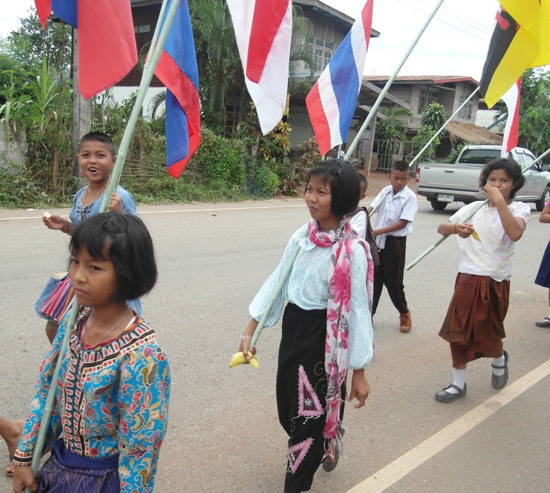 Given how much time many people spend online these days, the arrival of 3G in more far flung villages in the Thai countryside probably makes these villages less unappealing than before for guys with a wife from a rural village background.

Plan B With Benefits