I have seen some evidence of community work when I have visited Thailand and I have noticed the odd involvement from Westerners who like to become involved with a little volunteering, especially in schools. I do not concern myself with the latter too
much when I am on holiday but it is something that I sometimes take an interest in when I am in Europe and where, on occasions, I have the opportunity to spend time engaging with individuals who seemingly have a high net worth. Hence, my choice
of title and, on this occasion, I would like to share with you some insights on the relationship some people have with money because it is topical and, at times, something which is talked about on this site. So much so, that a number of readers/writers
have actually penned interesting submissions with a great deal of accuracy regarding their outgoings and down to their last satang. 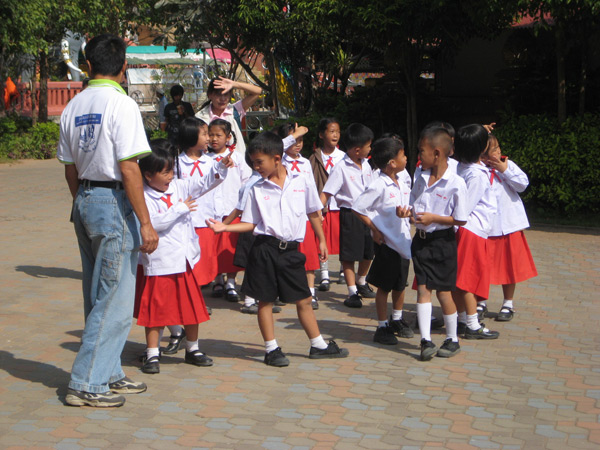 I must confess that my expenditure as a tourist would be as inconsistent as it would be consistently diverse from one visit to another. Given that it would be influenced by different destinations, type of lodgings, method of transport employed and the people I may be with when visiting Thailand, it would result in lacking the necessary reliability to make my accounts either veracious or credible. Thus, the outcome of my efforts would be probably unremarkable and it would be unlikely to add anything noteworthy. I surmise that, given that I am not a resident, my notes would have little statistical value anyhow. Therefore, I hope you will forgive me if I have not taken up this specific part of the exercise.

Something that I have noticed though, especially when having a drink in Bangkok, is how keen some Westerners are to let others know that they are someone who they are not and in particular boasting that they have money and their relationship with it.

I admit that my curiosity in humanity at times wins over my initial detachment and during the various conversations, I can, at times, become a little intrigued as it is, for me, fascinating finding out how the possession of a fortune changes lives, relationships, values – and shopping habits. My own theory is that it is surprisingly hard to be good at having money – and that it is much harder than acquiring it in the first place.

Maybe it is the recession, which has made money extra-unmentionable in Europe. Maybe it is the fear of a Greek imminent default or a British trait of apportioning lack of economic growth to others or a German “Starrheit” or a French “Egalite’” or an Italian inclination for “La dolce vita”. Whatever the reason may be, for months, I have been struggling getting donations from people with a high net worth value where once upon a time many were happy to contribute to a local community project and several are needed. 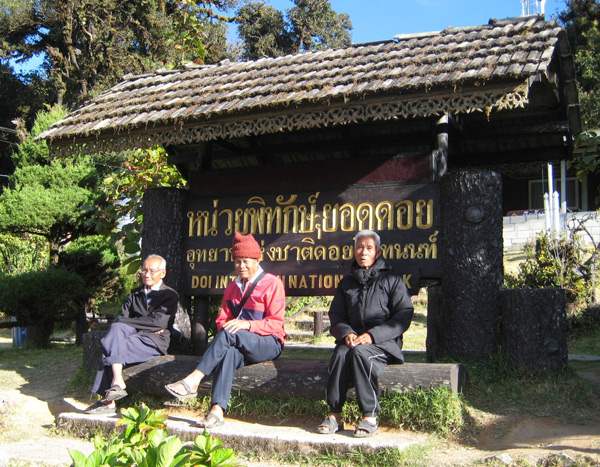 The rich people I sometimes have the opportunity to frequent do not seem to have any difficulty talking publicly about their nip and tuck surgery, their trips to Thailand, their sex-change operations, divorces, mental breakdowns and other bizarre and often unspoken compulsions. But wealth? No thank you. Eventually, after a couple of hundred refusals, three people have donated the equivalent of 40,097 baht towards replacing the church spire of a local medieval church.

One of these generous fellows, a British entrepreneur who had made £400m but who was dressed top to toe in worn-out Marks and Spencer clothes and shoes, donated £125.55 to this project. When, in a friendly manner, given that I had saved him a couple of millions in a previous consultancy, I asked how he spent his money, he said that as well as giving a lot to charity, he had helped to pay his nephews’ and nieces’ school fees but that his siblings were as resentful as they were grateful. Despite his skill at making money, he didn’t seem terribly good at having it. Or rather, his way of having it was to pretend he didn’t, which I found both admirable but frankly a bit of a waste.

So, I reflected, what constitutes being good at having money? Each of my next three wealthy donors had quite different experiences of money, which perhaps is not surprising, as being rich gives you choices. To misquote Tolstoy, the poor are all alike but the rich are rich in their own way.

The first of my donors, a Thai lady entrepreneur, was my dinner companion on a recent occasion in Chiang Mai. The rich, she had been brought up to believe, were not very nice. And so when she discovered she had joined their ranks after her company was floated on the Thai stock exchange, she feared her friends – and in particular the British man she had recently met, who was on 2.9m baht per year, and according to her new status, on an average wage – would look at her differently. She was so unhappy about her fortune, she would only talk about it confidentially but, when she heard that I travelled to Thailand on a regular basis, she did not mind suggesting to me where to have the sacks under my eyes removed in Bangkok and she even knew surgeons and prices!

Recently, she told me that she has now made her peace with her money by learning how to give it away effectively but still finds that people who know how rich she is, treat her oddly – with more deference but with less interest in her views –
than those who do not. 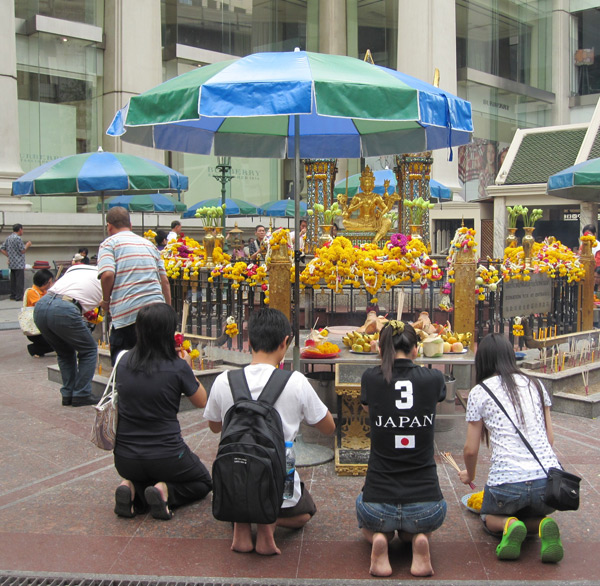 Another dinner and the next man, a Russian fellow married to a Thai lady, also providing support to a couple of mia noi, and who has been, for some time, tempting me with an offer, which I politely keep turning down as Siberia to me is too reminiscent of a “Gulag” but I cannot tell him that as I do not wish to find parts of my body floating ashore in Pattaya, was better with his money, in that he evidently enjoyed it. He had deliberately set out to make a pile: having done so, he found life with a Maserati and a private jet jollier than life without such things. But he was not satisfied. He wanted to climb further up the rich list, to create more jobs for others and to buy a bigger jet for himself. When he discovered that I had spent some time in Italy on an assignment with Pirelli & C SpA, a multinational company based in Milan and manufacturing tyres, he started quizzing me if I preferred driving a Lamborghini or a Ferrari. Our conversation left him undecided and he decided to buy both!

The third man had inherited part of a vast fortune from his father. He had always been rich and a great donor to the arts. But when I asked if his money had isolated him, he said he would have been isolated anyway. And when I asked about what the money had done for his children, he made a face and didn’t want to go into that but told me his wife had divorced him for a younger man while on holiday in Bali.

The only thing linking these three super-rich people is that all of them protested when I applied the term to them. It doesn’t matter that they were among the 5,000 richest people in their respective continent – none of them saw themselves that way. This may be because when assessing our wealth we all tend to look up rather than down. However rich you are, there is someone richer. I suppose that when you are taxing your private jet into its parking place, so long as the one next to you is bigger than yours, then you are not so rich after all. 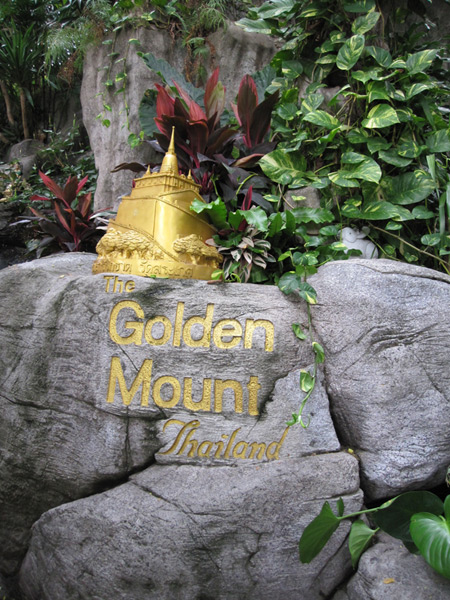 Now that I think of it, I am guilty of this too. I don’t ever describe myself as rich because I see people who are a great deal richer than I am or will ever be. When I compare how much the vast majority of people earn in Thailand to what median managers may earn in the West it might give me an impression that the latter are loaded but does that make them rich? I do not think so.

And so how do I feel about my money? Writing this entry has made me think about what the perfect amount of money is, and how much money would persuade me retire. To me, it means having enough never to worry about paying for emergencies. But not so much that you fret about how to give it away, or worry that your children, nephews and nieces will marry gold diggers and, regrettably, they all seem to have done so and despite their good education they keep calling day and night “Uncle? Uncle? Can you help us?”

My solution? I have installed an answering machine, which plays a very indecent hard punk metal rock tune with a few expletives for lyrics. They seem to have got the message and even the insurance sales man no longer bothers to call these days!

As always, the photos are my own and taken during my travels in Thailand. If you wish to contact me or provide feedback on what you have read, you can do so at: 543vivek@gmail.com