I’m sure that just about every foreigner that’s ever visited this weird and wonderful country has, at one time or another, seen a street sign, or advertising billboard, that’s had them in stitches. I know I have, almost every day
in fact. Now I know we shouldn’t be poking fun at their whole hearted efforts to get the English translation right because, after all, it is for our benefit. However, once the belly laughs have subsided, I just can’t help thinking
why they don’t just pay the extra money and have the sign done correctly in the first place.

Here’s a selection of images that I’ve taken, and collected from other sources, over the past couple of years.
We’ll kick things off with this one. Is this what the Roads Department intended? Perhaps they’re
getting warmed up for Songkran. 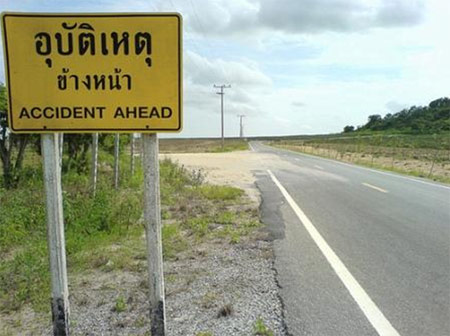 Meanwhile, over on Koh Samui, they’re offering beautiful hostages at the Fuji Karaoke bar. I wonder if the management has decided to turn it into a fetish club offering bondage as well. Stick may have to fly down to do a review. 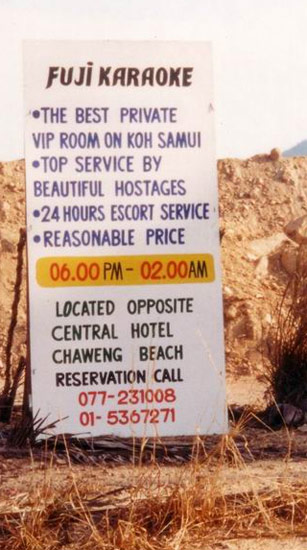 Okay, we’re back on Koh Samui again and it seems that the local BIB have got their hands full with the influx of nation destroyers that are turning up on their lovely island. Attention all you nation destroyers out there; be warned, the Samui BIB
have got your number. 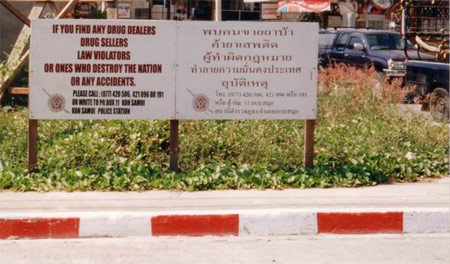 This next sign proves, for some things at least, there’s no dual pricing system. If you get caught short you’ll only be charged the local rate. 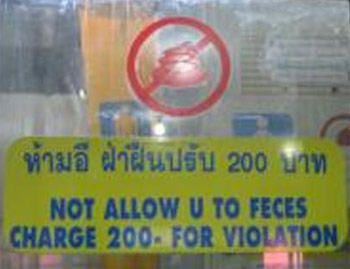 If you see any children misbehaving, while you’re waiting for the next bus, this is where they can be deposited; the receptacle for ‘Especially Difficult Children’ 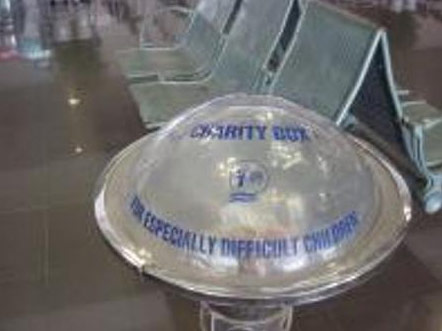 Okay, I’ve got no idea where this was taken but maybe one of the readers out there knows where it is. Obviously some sort of official signage aimed at good dress standards, crowd control, child discipline and those messy buggers leaving their burri
butts and lunch wrappers lying around. 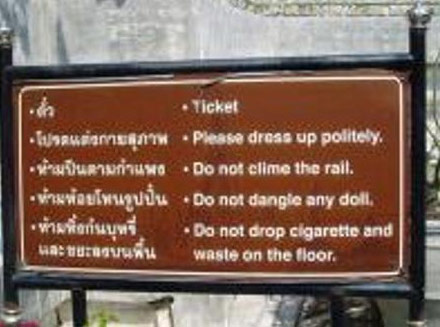 Okay, we know what these guys are trying to tell us. It’s just that somehow we don’t think they’ll be ‘sporking’ English very well. 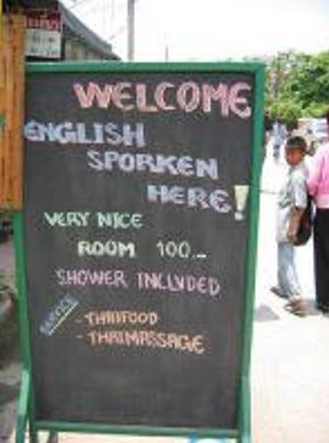 Alright, there’s nothing actually wrong with this sign I spotted over on Koh Chang a couple of months ago. It just shows that the owner, probably a farang, has a sense of humour. 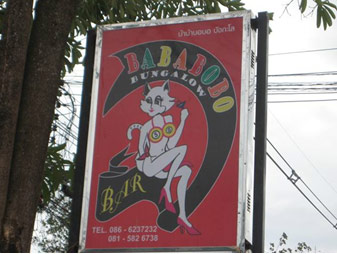 What was that rhyme about a pheasant plucker’s son. It looks like these guys have got their pheasants and their strawberries mixed up. Unfortunately the strawberries don’t pick, or pluck, themselves and it seems that the local owners can’t
be bothered picking, or plucking, them either. If you want a bowl of fresh strawberries you’re just going to have to get out there and ‘pluck’ them yourselves. 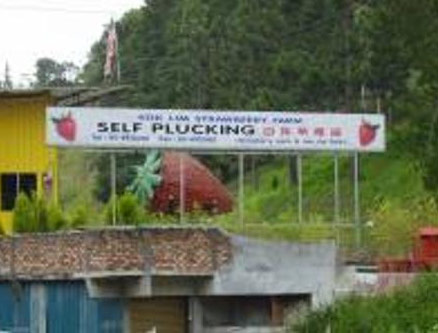 Right then, after all that travelling about; it’s time to grab a bite to eat. We’ve already dealt with toilet humour so let’s just enjoy the meal. Luckily, a lot of these roadside restaurants use rolls of toilet tissue as serviettes. 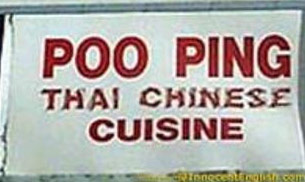 That was an excellent meal. Luckily, next door, it’s only going to cost us 300 each to bath our mouths.

Last but not least, one of my all time favourites. Now I know it’s not Thai but it’s a classic and just had to be included. Apparently, this came out of a hospital in Mainland China somewhere. It’s a bit blurry but, third row down;
you’ll see it definitely says CUNT EXAMINATION. 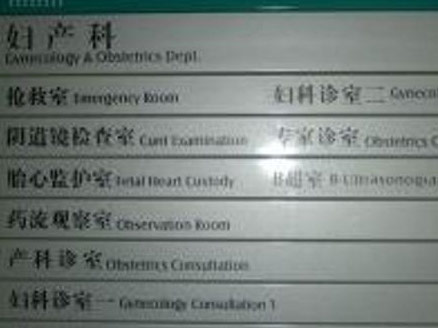 I hope you enjoyed that. I was just thinking that perhaps stick might consider adding another section, to his legendary site, dedicated to those funny signs that we so often see around this fair land. There’s nothing like a good laugh is there?
Cheers.

The way signs all over Asia are translated into mangled English is hirrarious!

The Uncle And The Bike

You Can Leave Thailand, I'll Stay!