I have read many stories on Stickman but not much about Sihanoukville, Cambodia, so I thought that would be a good subject for my first submission. I traveled there in September ‘08 for two weeks and will share some of my experiences
here.

I first traveled to Thailand in Oct. ‘05 and have been back 6 times for a total of about 25 weeks. Certainly not enough time to make me an expert on SE Asia but not a novice either. I have traveled to Bangkok, Pattaya, Phuket, Chiang
Mai, Khon Kaen, Chiang Rai, Ko Samui, and Krabi. I had only been to Cambodia for a visa run before but had read a little information online. After spending 30 days in Thailand and needing another tourist visa, I booked a flight to Phnom Penh on
Thai Air Asia because it was a little cheaper or at least I thought so. When I checked in at Suvarnabhum in each of my 2 bags was a little over their ridiculously low weight allowance for an albeit short, international flight. I had to pay almost
as much in luggage charges as my ticket cost! From now on, I will stick to Thai Airways where I have always had great service and never had to pay additional charges for anything.

Well, I arrived at Phnom Penh’s very small airport and you line up to pay $20 for your visa and a little more if you do not bring your own photos for your visa. (note: bring US dollars as everything in Cambodia is priced in dollars).
The visa area was a bit disorganized but friendly enough and before too long I was out the doors to find transportation to Sihanoukville. I had read about busses and private cars online and was hoping to meet someone on the flight to share a taxi
but did not. I was quickly snatched up by a driver and promised a “good price” from a friend of his who could take me to my destination. It was stupid of me to not get the exact price in advance and by the time we got to his friends
car, I was lost and did not have many options. He quoted me an absurdly expensive price and we negotiated some but I was still charged about twice the going rate (I found out later). Still, with the price of fuel being at an all time high and
a 4 hour drive it wasn’t all that expensive (you should pay about $45).

I arrived, after an “interesting” drive, (Cambodians love their horns!) at the Beach Club Resort about 200 meters from Ochheuteal beach. I had booked only two nights online to make sure it would be to my liking. The hotel was
nice and the staff were friendly but because they were in the process of building a new tower it was very noisy early in the morning. They were very apologetic but I started looking around for a quieter hotel. They have probably completed work
by now and I would definitely recommend this hotel. I booked a room online at the Golden Sand Hotel / Casino just up the street and stayed there for the remainder of my trip. It was about the same price ($30 per night and no joiner fees) and had
a very nice pool and facilities.

As it was the slow season, I found there was not much going on around town. The one place I found to be fairly busy was the Monkey Republic Bar but it seemed a bit more of a backpacker kind of place and mostly male staff, so not really my
cup of tea. There were many beach bar / restaurants but during the day, you are constantly pestered by young children who either want to sell you something or want your empty beverage containers. One time, on returning from the toilet, I found
my full beer had been poured into the sand by a little boy just so he could take the can (waste a $1 beer for a 1 cent can). It was cute in a way, but I would have gladly given him the can if he just would have let me drink the beer first! Some
of the girls spoke English surprisingly well and I would have enjoyed talking more with them, but being by myself, I did not want to appear to be some sort of a pedophile. Some of the bars would have beach parties at night and would attract a
crowd with good BBQ and cheap drinks. Behind my hotel, I found a cluster of bars in an area called the Golden Lion Plaza. There were about 8 or 10 small beer bars there, however not all were open at that time and the ones that were did not have
many customers. I had a quiet beer at a couple of the bars and noticed a few girls hanging around but I did not know if they were available or not. I finally settled into Paddy’s bar and was approached for a few lady drinks. I soon figured
out that the bar girls were the same as in Thailand and a small, cute girl caught my eye. She did not speak much English but after a few beers and some help from the other girls we were able to communicate ($20 long time). At first I thought she
was way too young but she said she was 18 or19. She said she was not sure because her mother had 11 kids and did not bother to register the births!

Well I stayed with her for the rest of my trip and we had a great time. She took me sightseeing, dancing at a Khmer disco, clothes shopping at an outdoor market (no air con shopping malls here!), and a very lovely trip to the waterfalls at
Kbai Chhay. Our sightseeing was somewhat limited due to the nearly constant rain. I never got to enjoy the beach other than a few meals at beachfront restaurants and a few drinks late at night at the beach bars.

We traveled around town in the Cambodian tuktuks (moto-romauk) which are trailers pulled by a motorcycle. They are fairly cheap but you must negotiate the fare. Prices are based on distance and the drivers will always try to overcharge you.
Offer half of the price they offer and work from there. The driver will wait while you eat, shop, etc. We hired one to take us on an extended tour of the area including Victory Hill, Independence beach, the port area and downtown. I think it was
$10 for a 3 hour tour. I also rented a motorbike for $5/ day for the long drive to the waterfalls but with so much rain, I only kept it for a few days..

The Cambodians do drive on the right side of the road (in general) and motorbikes usually are not equipped with rear view mirrors. Helmets are also not very common. There are not many vehicles and I found the roads in the area to be in generally
good condition.

I found the Cambodian beer to be quite good and usually $1 or less at the bars. Ankor Beer is the most popular, usually served in cans but sometimes available in small or large bottles. Anchor is the next most popular and is available in
cans and on tap at many bars. I preferred the Ankor but it seemed like no matter how I ordered it they always thought I said Anchor. I finally found out the locals mispronounced anchor with a soft ch so that they could distinguish the two. They
were both good and served cold so I was happy with either one.

It seems like the area was not as safe as Thailand and I felt like I always had to be on my guard. One night, while walking a short distance to the beach, my Khmer girl told me “we go back hotel, take taxi”. I did not understand
why but she explained that she saw “bad men” waiting by the side of the road. We walked 100 meters back to the hotel and took a motorbike taxi for the 200 meter trip to the beach ($1). I also found that the Cambodians while very
friendly (even more than Thais) would always try to overcharge even if a price was already agreed to.

If you like drugs, (which I do not) they seemed to be readily available and it seemed to be the main reason some of the tourists were there. I saw several places that openly advertised “Happy Pizza” and Happy Shakes”
and I really did not see much evidence of a police force in the area. One night while having a cold one at a beer bar, the American owner (very nice guy), lit up a joint and passed it around for anyone who wanted a hit. Since I declined, he bought
me a beer instead!

While women were available, they were not as plentiful as they are in the tourist areas of Thailand. The Khmer ladies are generally not as pretty as their Thai neighbors and do not dress very attractively. The normal mode of dress for women
is an outfit that resembles pajamas or loose fitting shorts and T-shirt. I really did not see many attractive girls other than a few who worked in the bars.

Food was cheap and pretty good everywhere I ate. The Khmer dishes were not spicy like Thai food and decent bread was available. There were no KFC, McDonald’s, or 7-11s, but there were a few convenience stores which did not stay open
late. Internet was available but very slow and internet shops seemed to close early also. 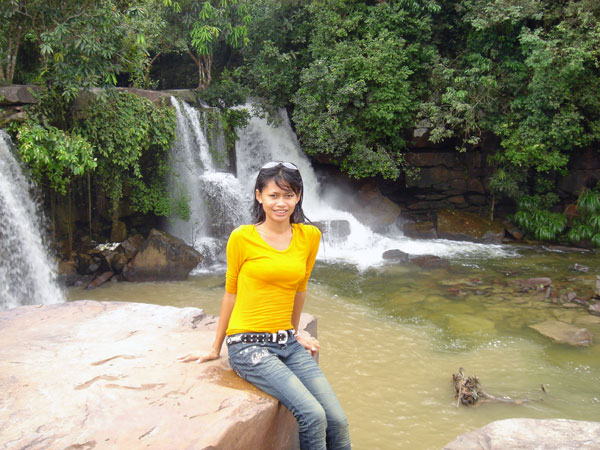 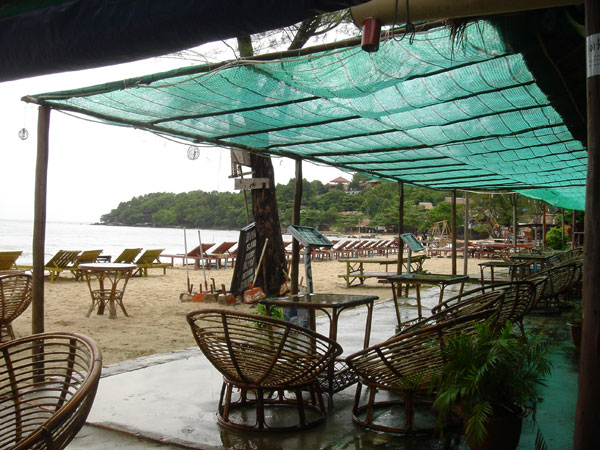 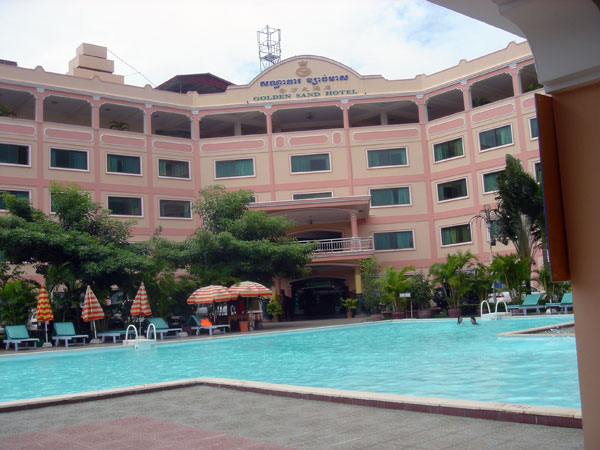 In summary, I had a decent time in Sihanoukville, due mostly to my “tour guide”, but probably will not be going back. I originally went to see if it would be a suitable alternative to Pattaya or Phuket but the infrastructure and services
are not even close to what you would find in Thailand. While there seemed to be a lot of construction going on, it has a long way to go to catch up to the LOS. It might be worth another look in a few years as more and more expats leave Thailand
in search of greener pastures.

It sounds like Sihanoukville has developed a lot in recently.

Back Home and Happy