The Bangkok Shutdown, It’s Getting Bigger!

I made the rounds of Asoke, Rachaprasong and Siam Square this morning and early afternoon. This is the quietest time of day with many office staff joining the protests after work.

Asoke is much the same as it has been and was quiet in the morning. It's one protest spot which really picks up late afternoon / early evening and seems to be the protest place of choice for officer workers who gravitate towards it.

More infrastructure has been brought in, more kitchens set up and there has been a noticeable increase in the number of tents suggesting more people are over-nighting at Asoke.

The numbers at Rachaprasong (Central World) have swelled. There are many, many more people there than there were a couple of days ago and a heap more infrastructure. I would not be surprised if the number of people sleeping in the area has doubled, or more. Tents are set up throughout the area, including down side sois and in alcoves.

I note some of the guards in the area are tough looking buggers. Behind mirrored glasses, some are hard-looking guys who wouldn't be out of place in a gang or some off the books battalion off the military. Well-chosen for their duties, you'd have to say. Unlike the red shirt guards who patrolled the same area in 2010 who I found to be more amiable and more predisposed to light banter, some of these guards made clear motions that they do not want their photo taken – and I wasn't to argue the point. 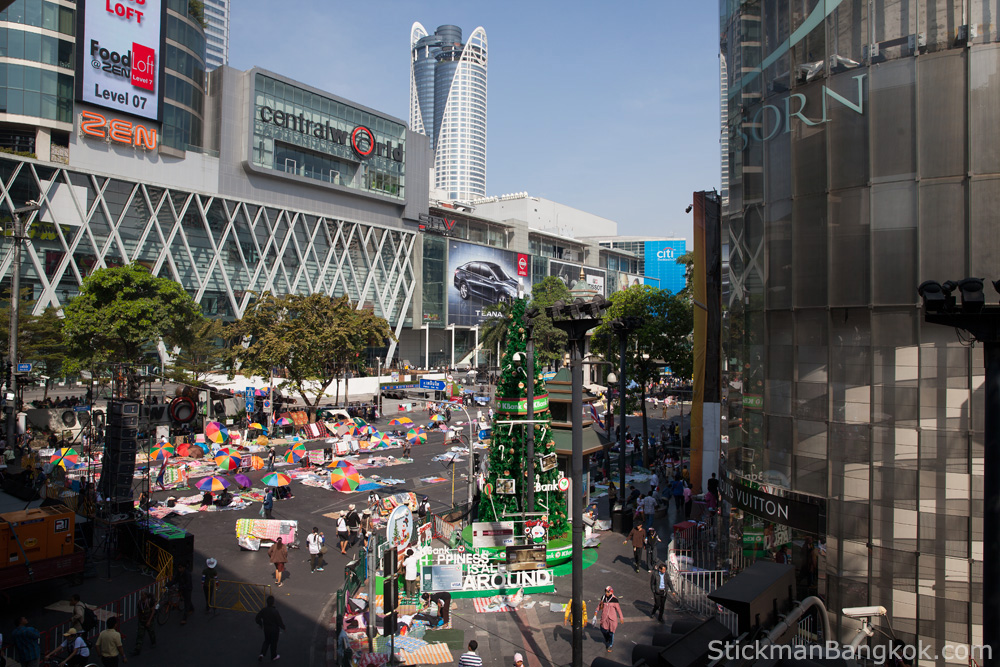 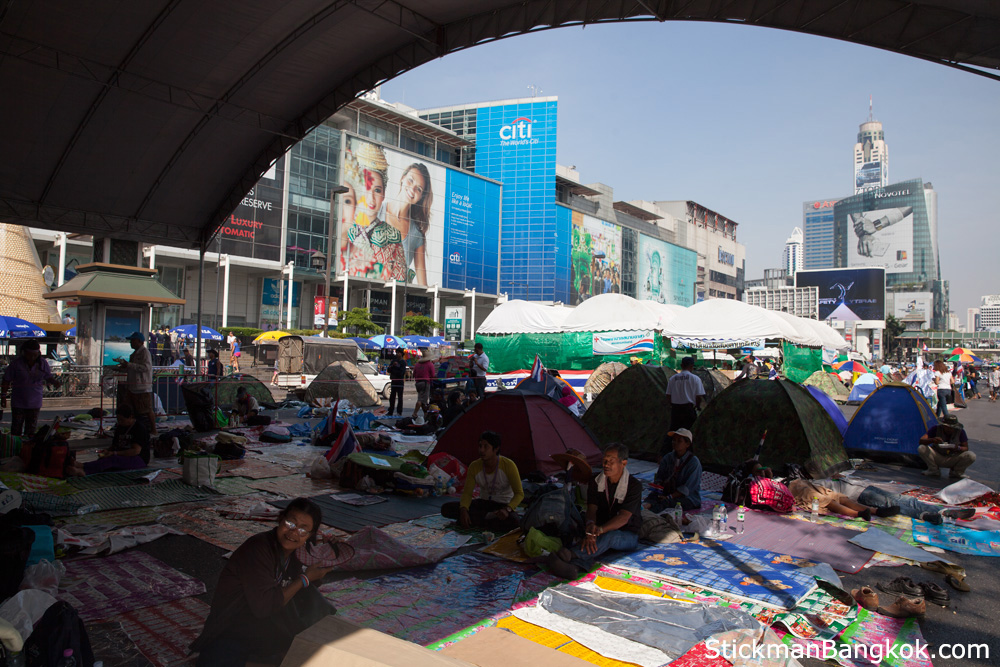 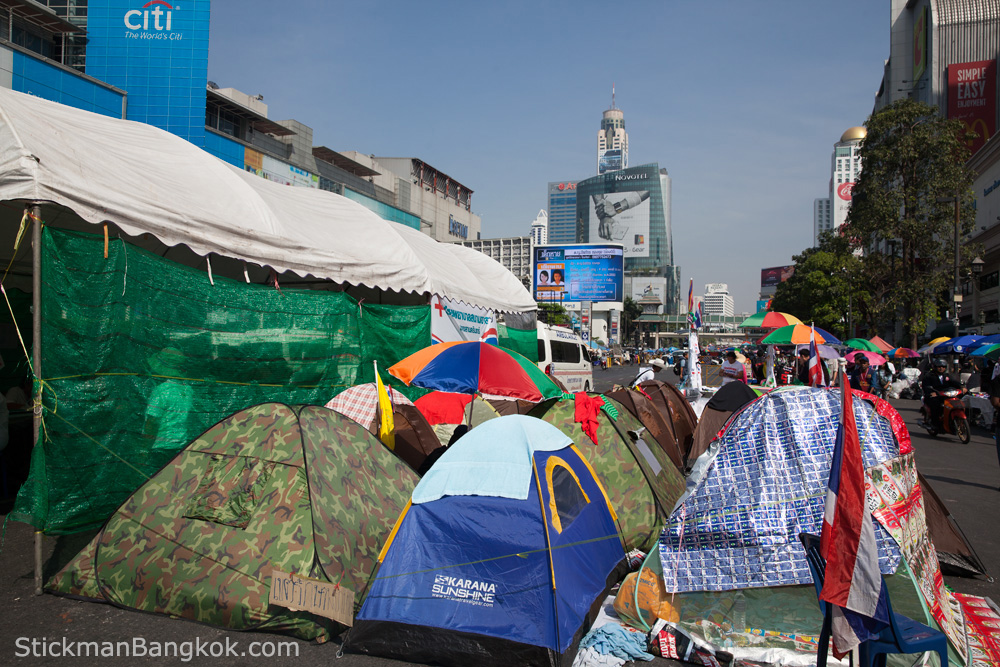 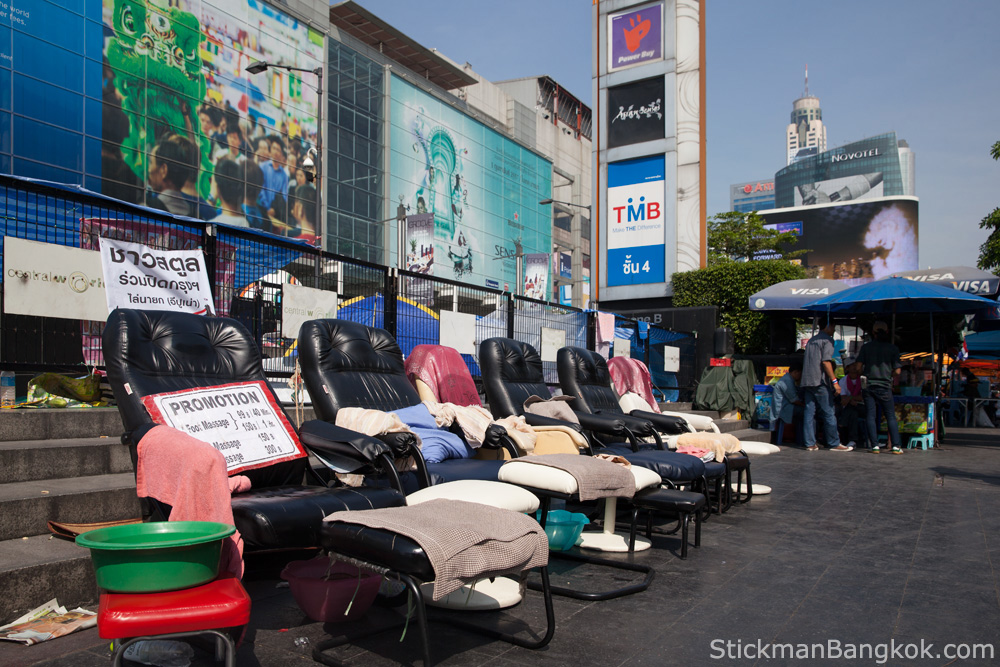 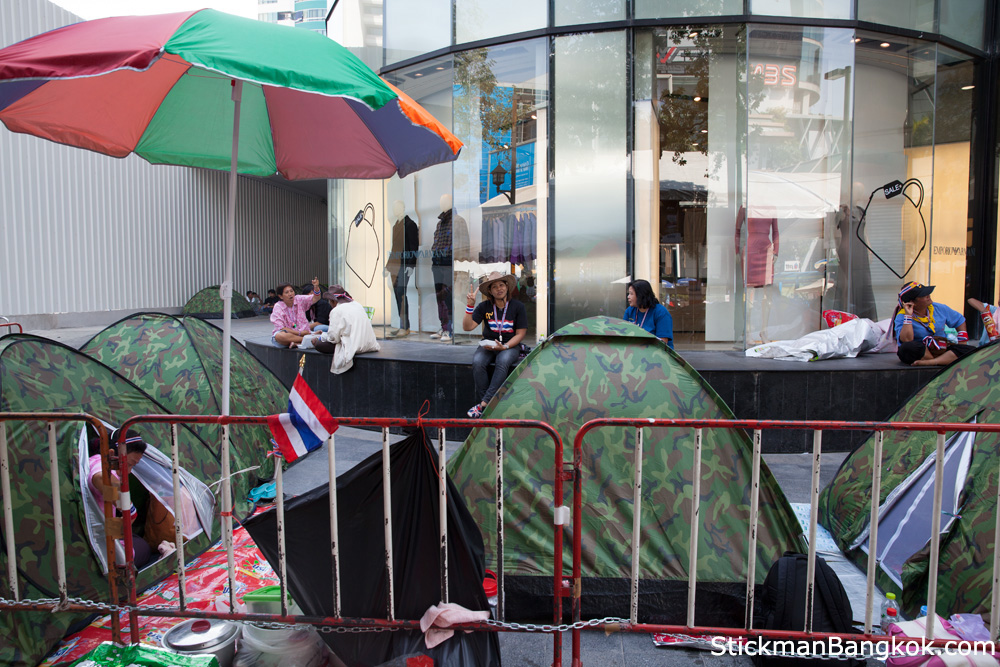 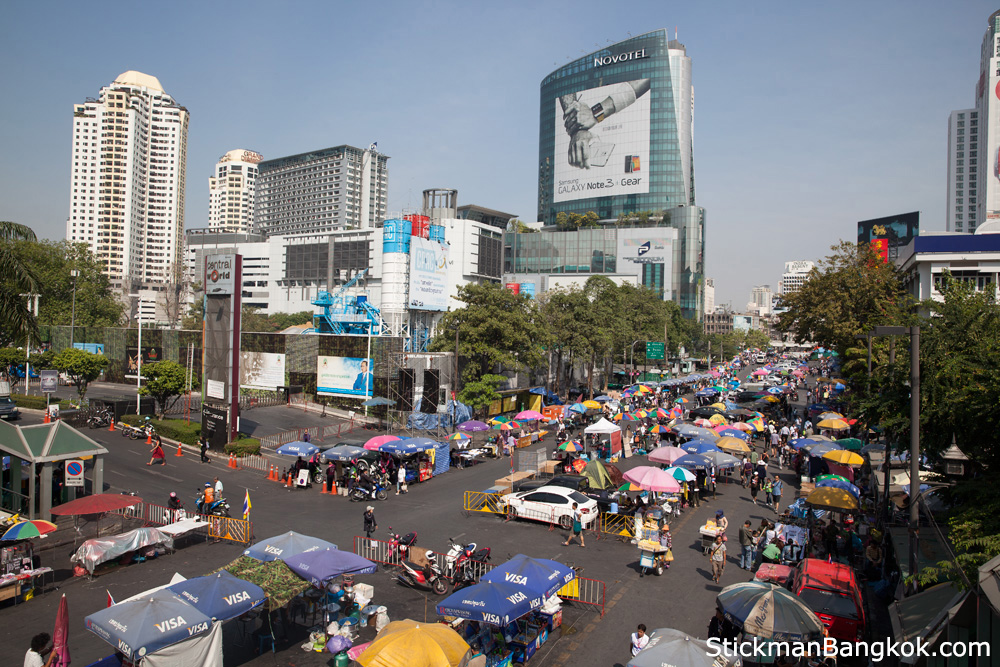 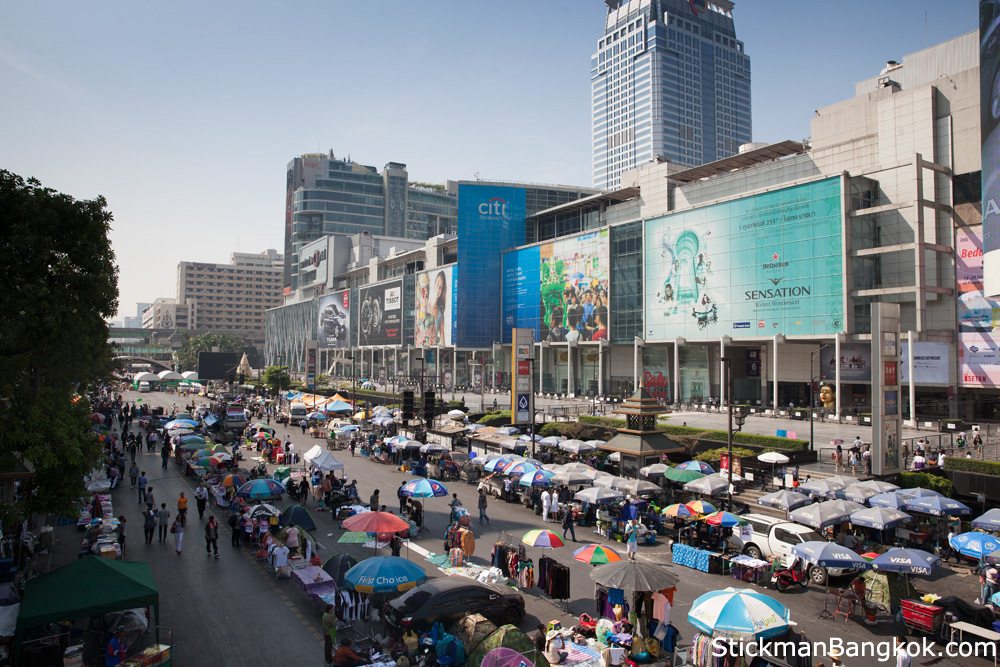 By day Siam Square feels like just another Bangkok street market. The area below the Siam BTS station has been turned in to a sort of Walking Street / outdoor shopping area. Many vendors are selling protest themed garments but just as many are selling the usual stuff you find in markets from street food to clothes, drinks to hats.

All of the protest areas have designated medical facilities with trained personnel and medicine to be dispensed. 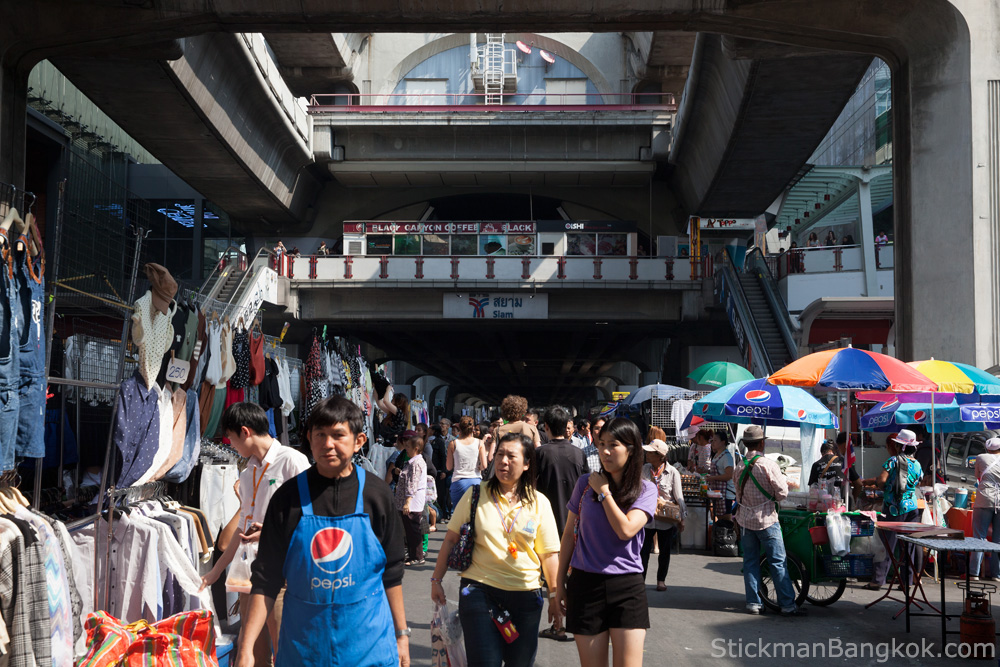 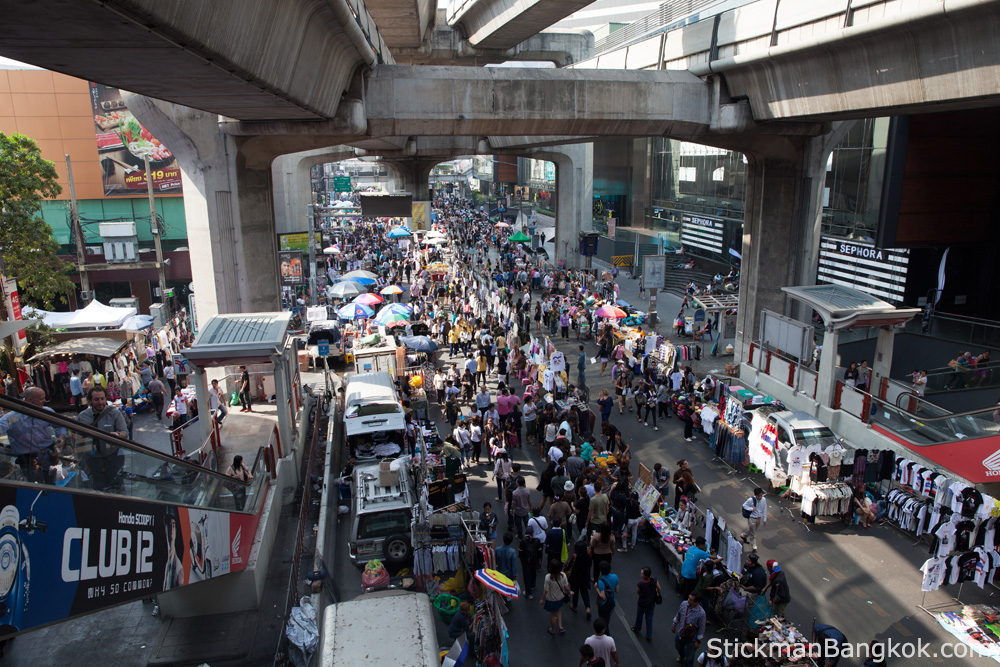 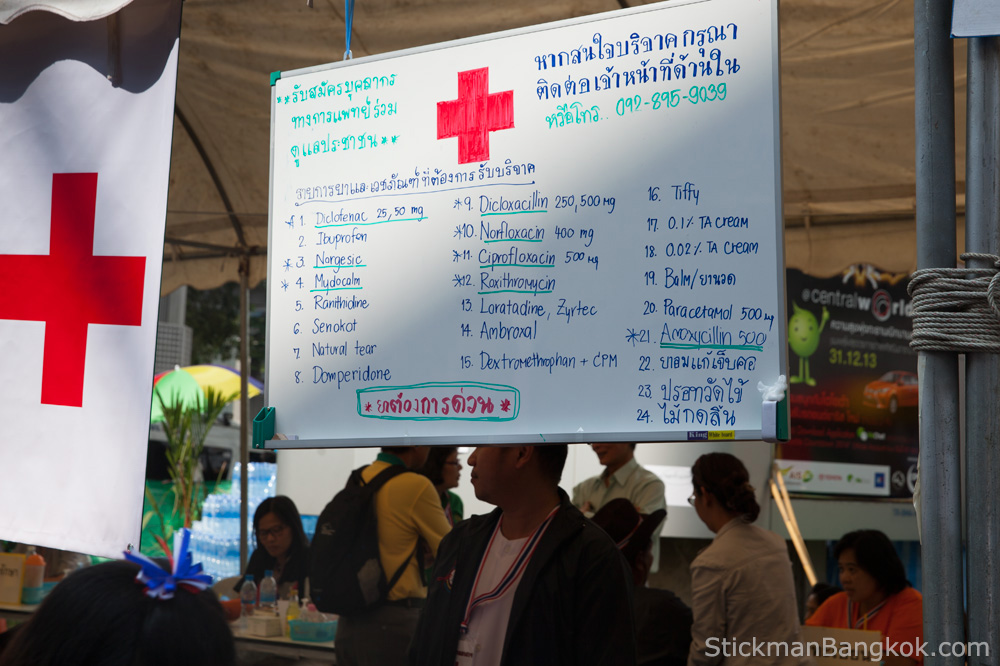 The protest area at MBK has also greatly expanded with a massive marquee tent erected between MBK and Siam Square since my last visit on Monday afternoon. Like all the areas, the number of protesters has increased significantly. This is the main stage although I'm not sure there are more people there than at Rachaprasong.

One point of note at MBK was an announcer keen to make it clear that the protesters are there because they believe in their country. She was eager to point out that non-one was being paid to be there. The city is full of rumours with some concerning the motivation of some parties to remain there. Just as at the Lumpini Park protest site, many from the southern province are in attendance and some speakers would apologise to those who speak central Thai before giving an address in southern Thai, a dialect which Bangkokians and others from the central region can struggle to understand.

MBK remains open and it is business as usual and there were plenty of foreigners floating around the mall today. 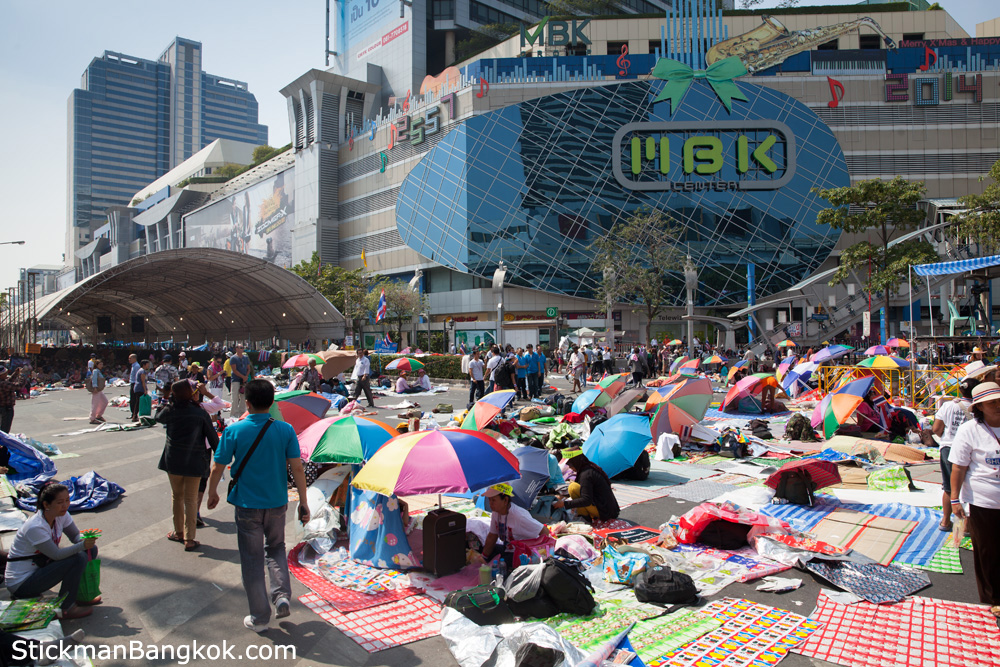 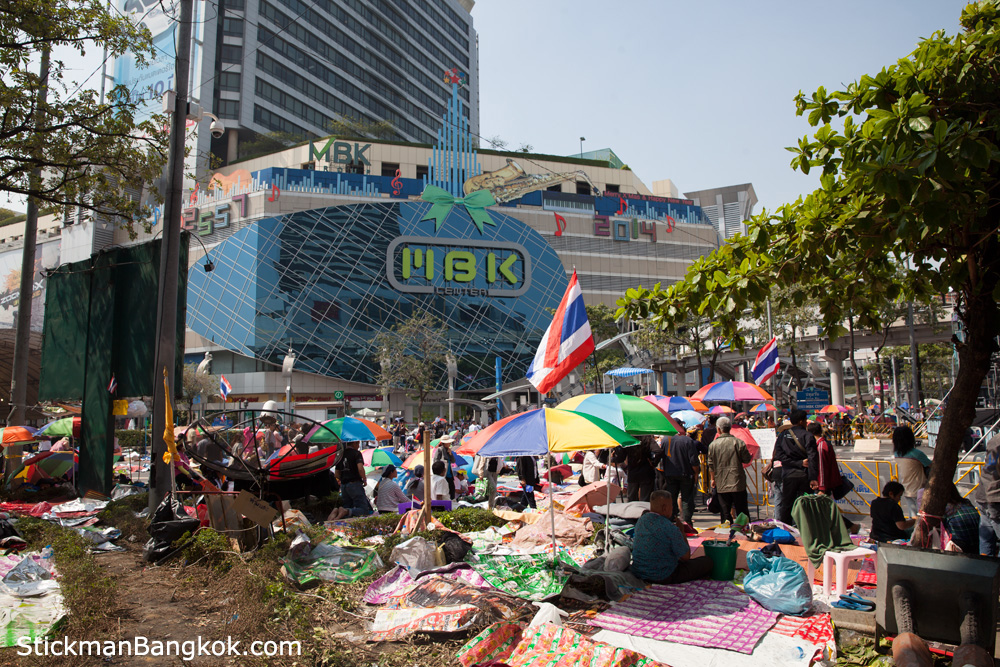 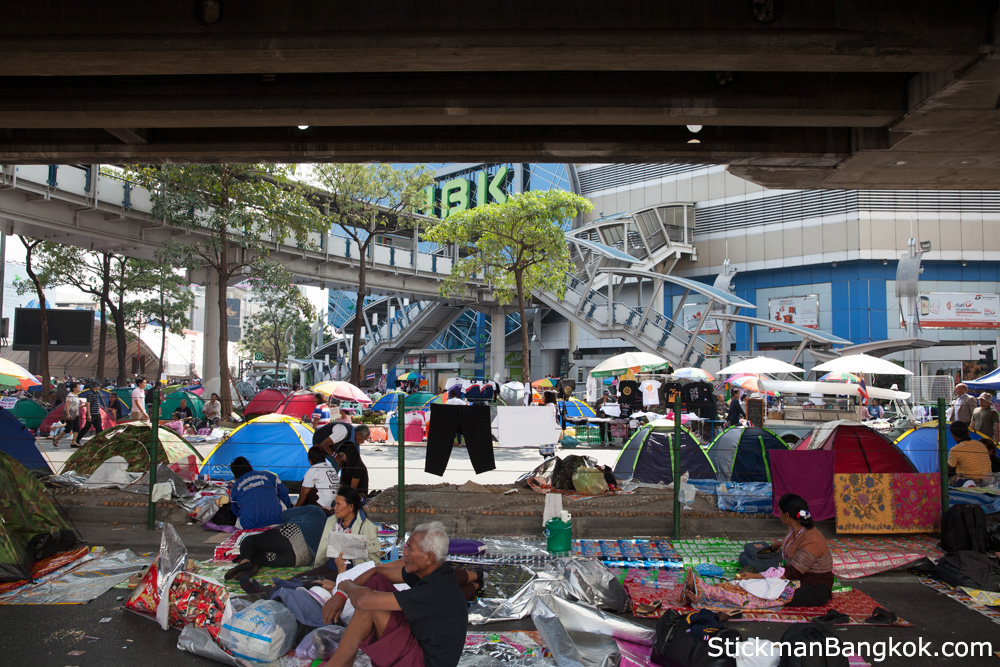 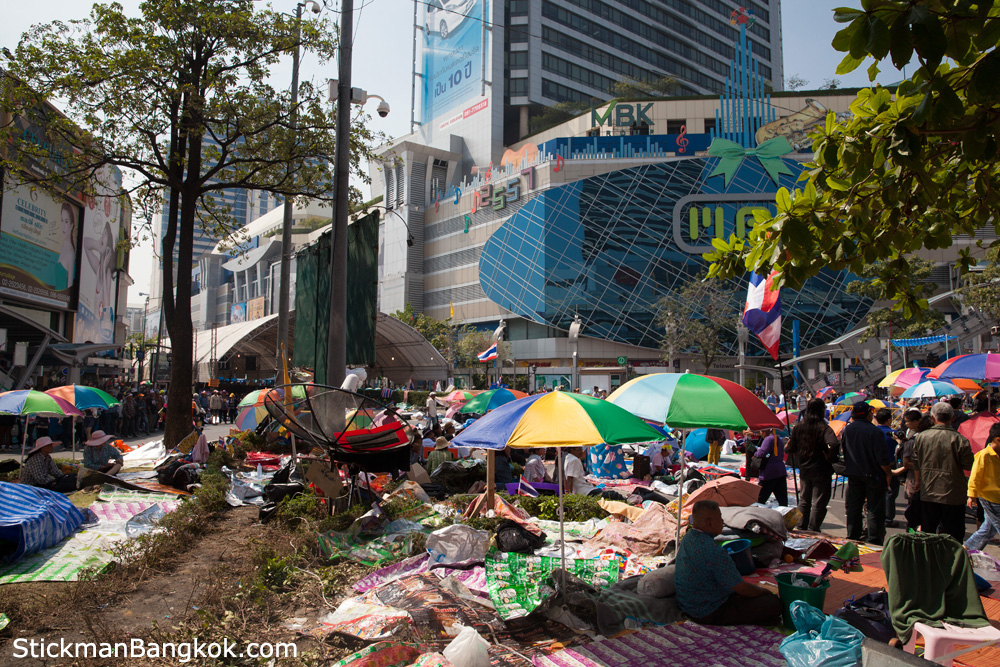 Yep, the number of protesters continues to rise. The protest sites have many more permanent residents and Bangkokians don't seem to have lost interest. If anything, the opposite would appear to be true. It makes me wonder what sort of turnouts we might see this weekend. That could be really something…

The protest sites are for the most part laid-back during the day when there are fewer people present. At night it's a different story. If you want to play protest area tourist, I'd suggest you do it during the day.

The Bangkok Shutdown, The People