A Lull in the Storm 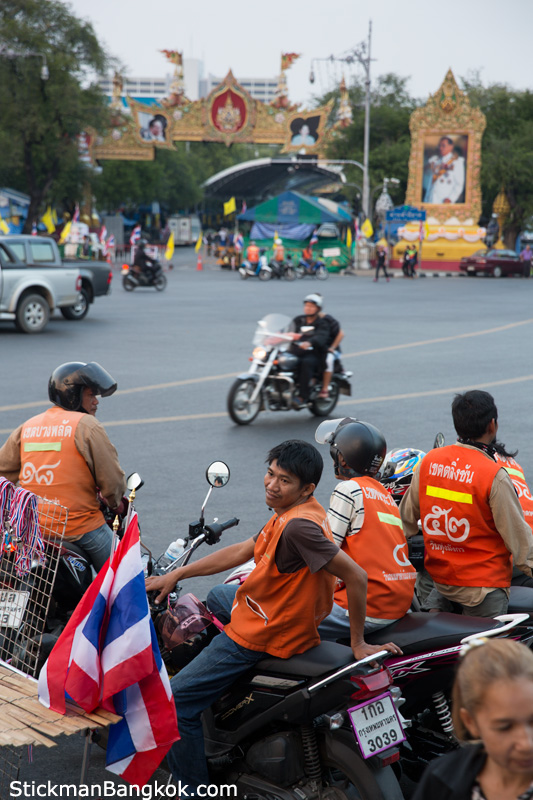 There's been plenty of analysis in the newspapers, but not a lot of news from the frontlines these past few days. A truce was called so that the protests would not disrupt the all-important celebrations of HM King's Birthday and since then not much has happened. I ventured out to Democracy Monument to have a look for myself. 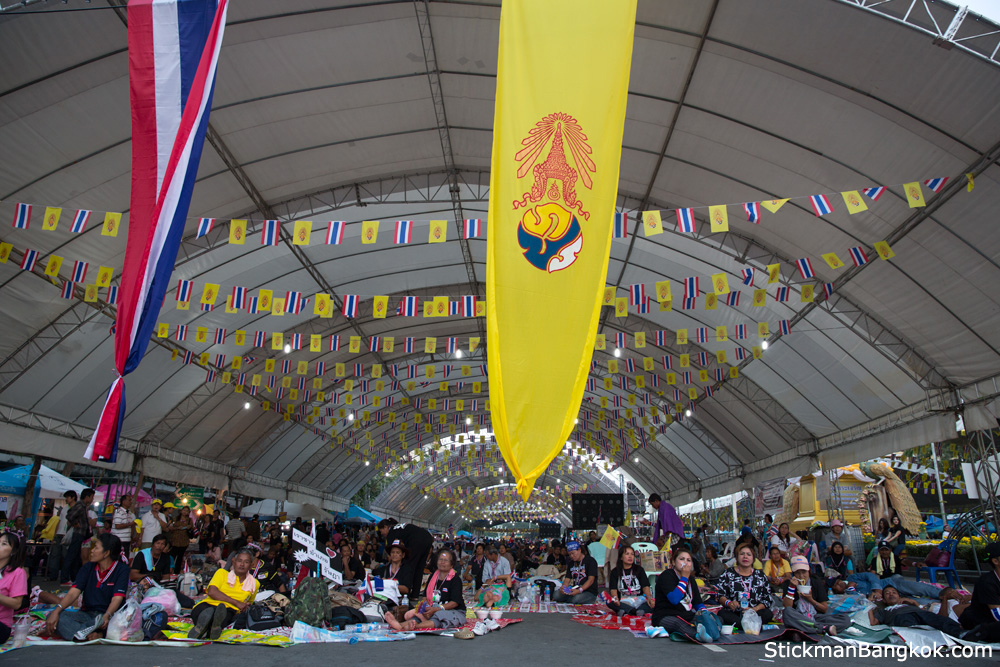 A run through the main protest area late afternoon on Saturday reinforced what some reports were saying – there appears to have been a decline in protester numbers. There were certainly fewer folk present at the main site than the last 2 times I visited, kind of surprising because weekends have traditionally been when the numbers swell as those who work during the week congregate at Rachadamnoen. 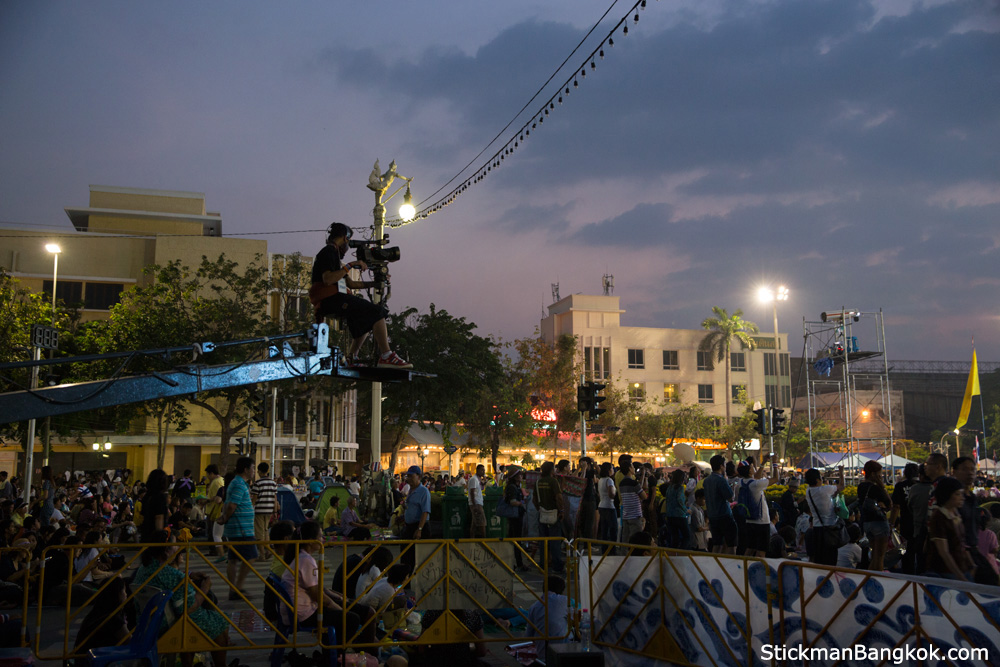 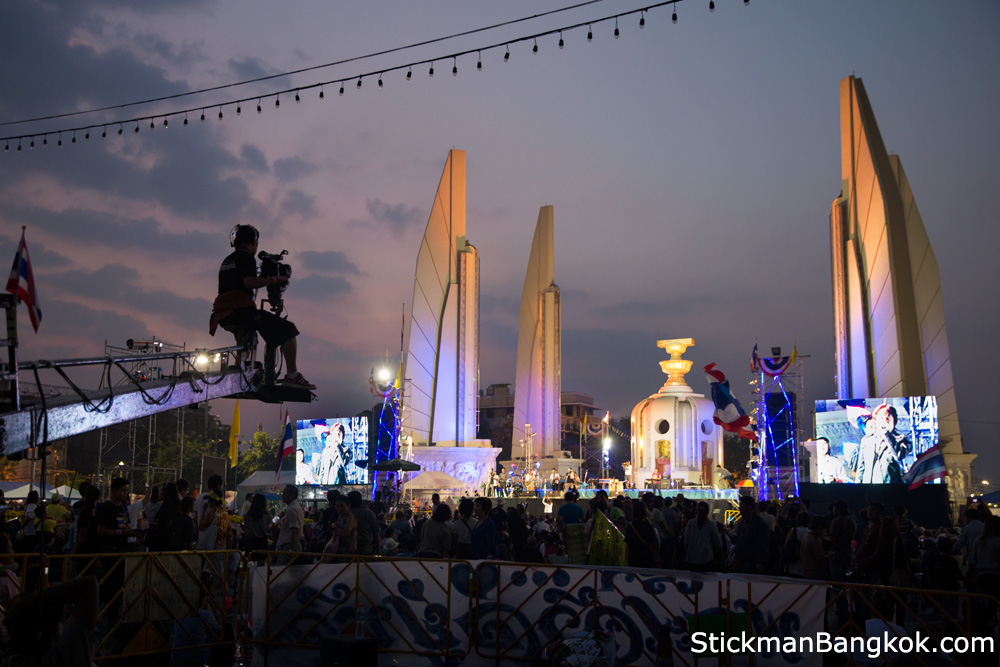 The rhetoric hadn't changed and it was much the same message being banged out again and again. I got the impression that some of the crowd were getting a little restless. Where previously they seemed to be hanging on every word, as I looked around many seemed to be doing their own thing. They were there, but they didn't seem captivated as they had previously. I might be misreading things but that was what I felt. 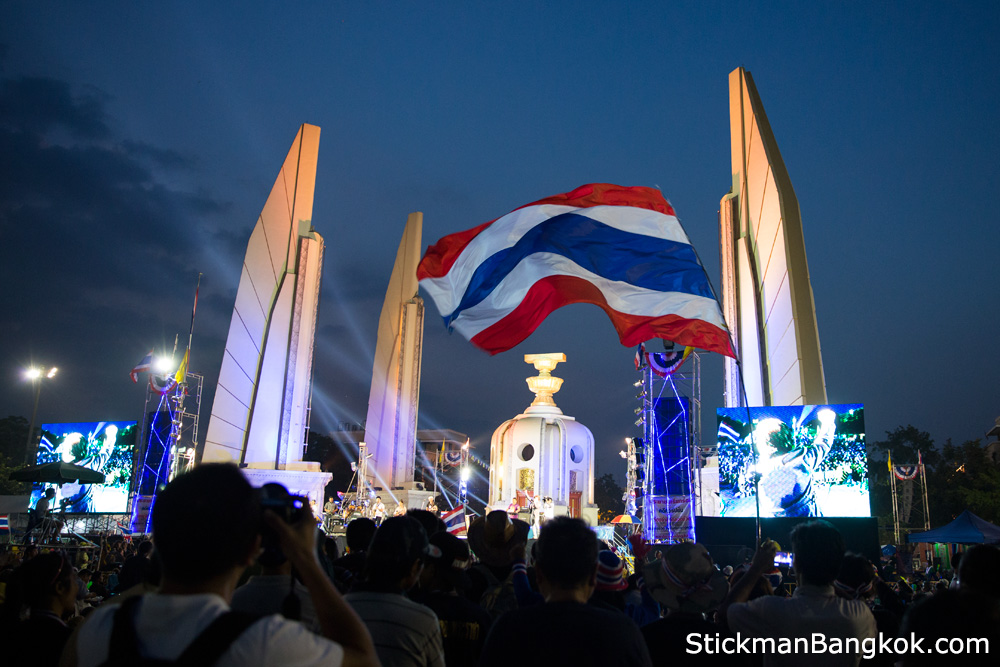 Musicians were performing for the crowd on the main stage and there were a few highly amusing – and highly provocative – songs sung by unknowns as best I could work out, making a mockery of the current government and the puppet master in Dubai through music and humour. Where some of the speakers on previous visits had used some vulgarities, these artists were actually clever and even for a neutral, rather amusing. 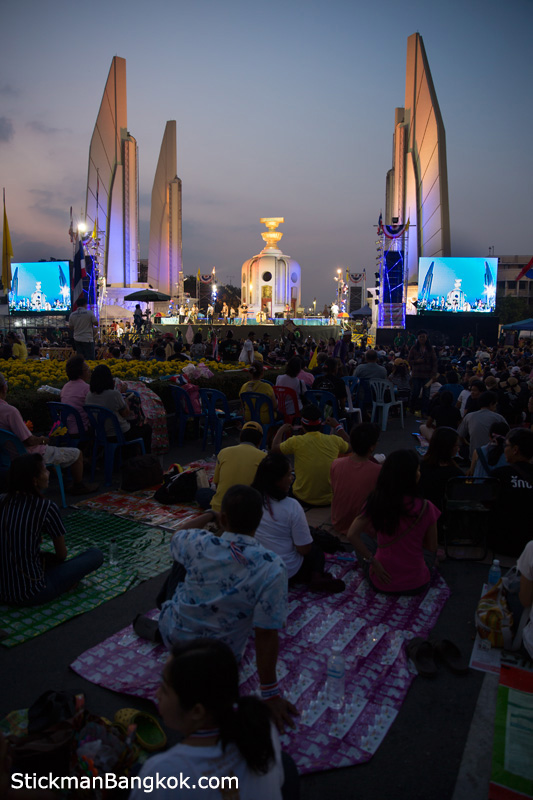 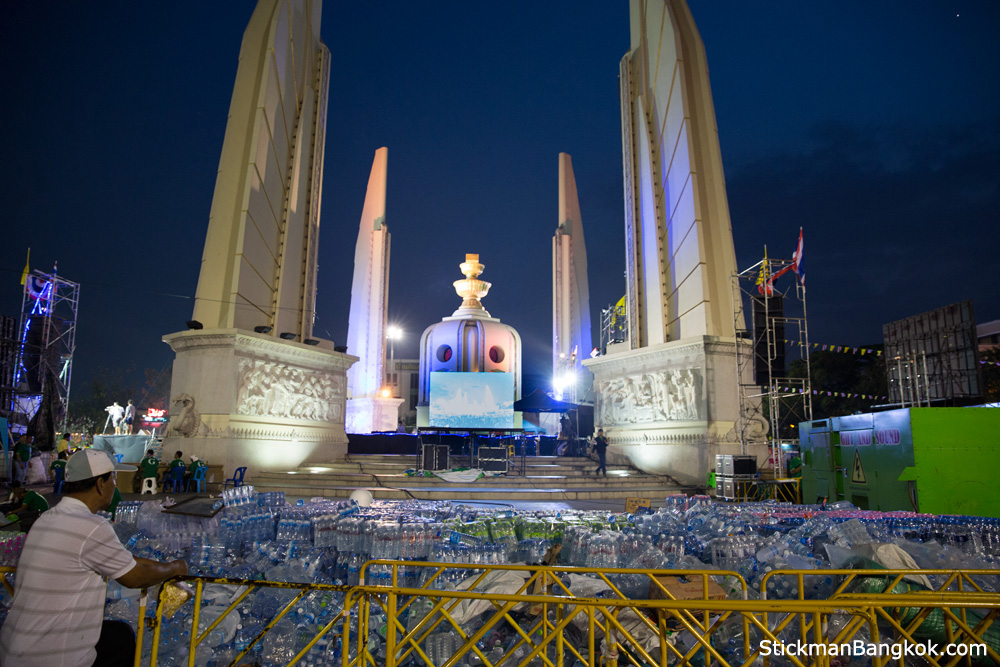 Once again, my over-riding memory from strolling around the area is all the bottles of drinking water which are quite literally everywhere. There are just zillions of them. While it was sunny today, the mercury never hit 30 making it rater pleasant. As
I wandered towards Khao San as the sun went down, it actually felt a little cool, probably low 20s – cold for Thailand! 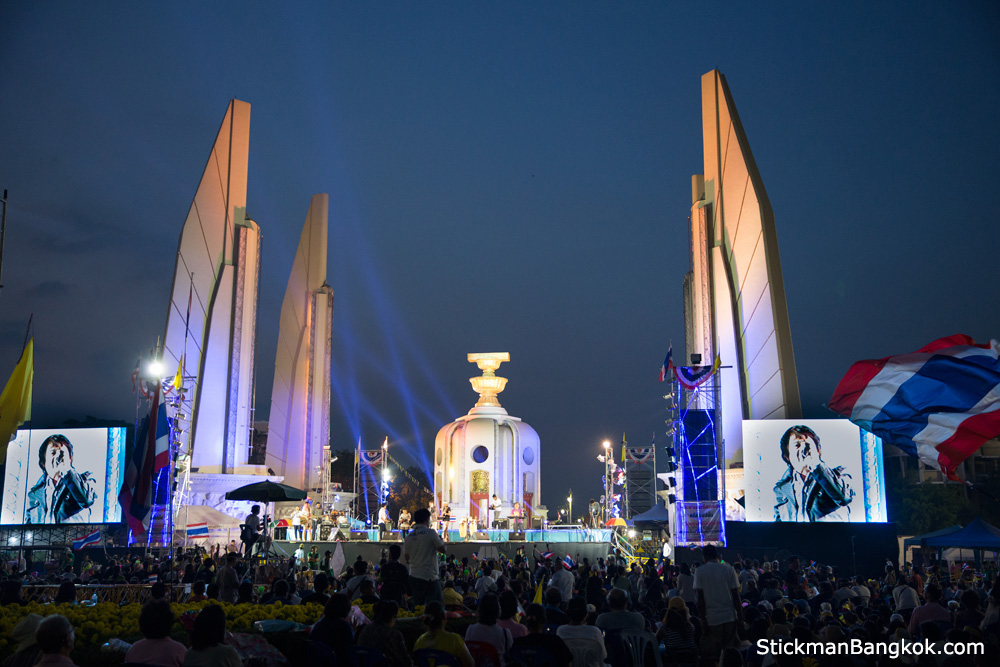 I will reiterate what I have been saying all along about the general situation for tourists visiting Bangkok. There is no reason to be greatly concerned. Even for those who stay in the Khao San Road area (Democracy Monument pictured here is just a few
hundred metres from Khao San), the protests at Democracy Monument are confined within a small area and don't affect Khao San Road – apart from getting to and from by taxi.


* It should be noted that a large rally is planned for Monday on what appears to be a final effort – an all or nothing to somehow force change, and what the protest leaders are calling the final battle. Protesters plan to rally in front of
Government House and the number of protesters could be significant. With this in mind it might not be the best day to go out to the protest area for a nosey.