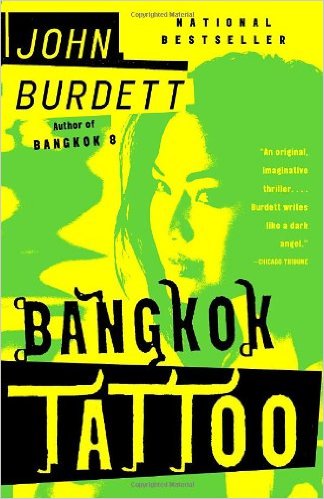 Following on from the hugely popular Bangkok 8, John Burdett comes back with the same characters in another Thai police district whodunnit style novel.

Sonchai, the look-kreung cop helps out his mother, a former woman of the night, in their Soi Cowboy bar which specifically targets aged gentleman. There is a murder on the premises, one of the customers purportedly killed and then maimed by one of the girls. What follows is something of a whodunnit style novel with the cops investigating things here and covering things up there. The novel moves around from Bangkok, down to the troubled south of Thailand, and back.

Chunks of the story take place in Soi Cowboy, but not so much as to put you off if that is not really your thing. As seems to be Burdett's thing, there are the inevitable katoey characters and someone dying and being stuffed full of long, slithering creatures.

What I liked: The first 150 pages. Two of the characters were well done, the Colonel and the main character's mother. Both were a hoot! There are some really succinct observations of life in Thailand, religion, face and the ways of the Thai people so not only is it entertaining, you learn something too.

What I didn’t like: The introduction of a character well towards the end of the book who suddenly becomes central to everything that is going on is not something that I like in any novel. There are a few jumps in the story such as one really clumsy bit where the main character says something like "I won't tell you how I _______ but now I am there". Surprised the editor allowed this to go through. And there are some loose ends in the story, some things which do not seem to be relevant to anything. The main character's father, for instance. It is almost as if the author forgot about that.

Overall: I REALLY enjoyed the first half of the book but to me the second half was something of a let down. It was as if the story was really well set up, but then it went off in a direction that I personally didn't like. Still, I didn't really like the first one that much and most people did, so if you liked "Bangkok 8", you'll probably enjoy this too.