Seeking Redemption in a Lifetime of Regrets

"A man is not old until regrets take the place of dreams.”

I freely admit to dwelling in the house of regret – an inner sanctuary now disturbingly comforting in its familiarity. In hindsight, two early forks in my life’s journey have played their part in steering me to an unforeseen destiny – of being a sexpat in Bangkok in my twilight years.

The first fork occurred more than 40 years ago, when I was about age 21. I was walking in Honolulu’s Chinatown area in the late afternoon. I had just finished browsing in a magazine shop and was walking back to my car.

I paused at the entrance to a bar with an unusual façade – white Greek columns framing the doorway. The darkened interior was concealed by hanging curtains. Curious, I parted the curtains and entered the darkness.

I vaguely recall the sickly thrill I felt at watching people having sex. It is very likely that I was stoned at the time. I had started smoking marijuana by then, a mildly euphoric escape from reality that gradually escalated to a full blown addiction by my late 20s.

Mind you, this was the dark ages of the 1970s.There was no such thing as the internet. The idea of a personal computer was not even remotely conceivable – it would have been like Neanderthal cavemen thinking about inventing the airplane.

It was during some kind of street festival in Chinatown. High on dope, I was following a voluptuous Asian dressed in a Cheong Sam tight shiny gown. At the intersection I smiled at her, but in return got an icy glare that shriveled me inside. Feeling the sting of shame, I started walking back to my car.

It was still early evening and the sidewalks were crowded. Ahead of me was a tall big-boned woman with short red hair, wearing a green sweater and short black skirt. I stepped up my pace until I was alongside. We glanced at each other, and it felt comfortable to say something.

“No,” she replied. “How about you? Are you just cruising?”

I followed her excitedly. My first whore!

We reached a shabby two-story building on Maunakea Street, where people lived above the shops. We went upstairs to a small room, with one section partitioned off by a small curtain near the doorway. As I walked past the curtain, I saw a small old Filipino man lying silently on a bed smoking a cigarette. He was gazing at the ceiling and did not look at me.

I followed her to a single bed by the window. I waited briefly while she went to say something to the man, and then came back. I felt weird, knowing the old man was nearby and could hear any noises we might make. She stripped, as I looked at her big and soft lower body with pasty white skin. She slipped a rubber on me and began sucking. I suddenly no longer cared about the old man and plunged into her.

After we finished, I was surprised to find out that she was from a local high school, and not from the mainland USA, as I had assumed. As I drove home, I began wondering how a local girl could end up like that, blinking back unexpected sudden tears at our loss of innocence.

As a university student, I came across a poem by Walt Whitman, “You Felons on Trial in Courts.” I never forgot its lyrical ending, which so aptly describes why I am here now. 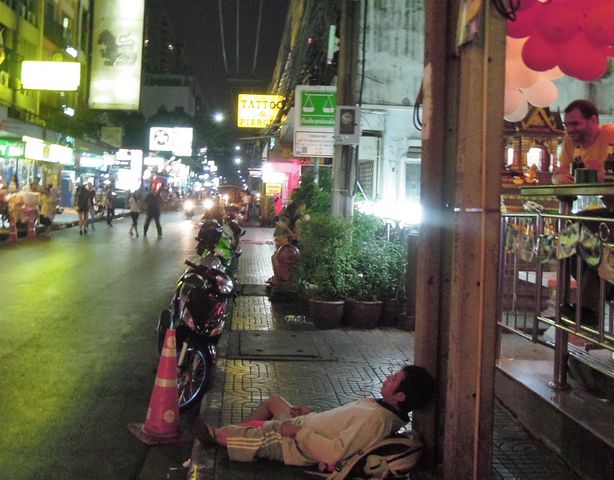 derelict man lying on sidewalk in front of Golden bar

You felons on trial in courts;

Me, ruthless and devilish as any,

that my wrists are not chain’d with iron, or my ankles with iron? 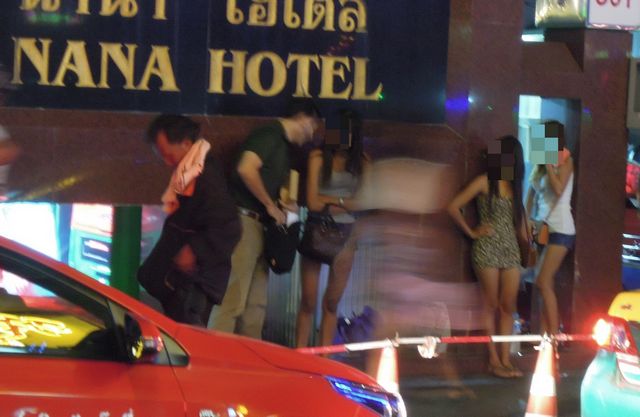 FL ladies by Nana Hotel sign, and a man talking to one of them.

You prostitutes flaunting over the trottoirs, or obscene in your rooms,

Who am I, that I should call you more obscene than myself? 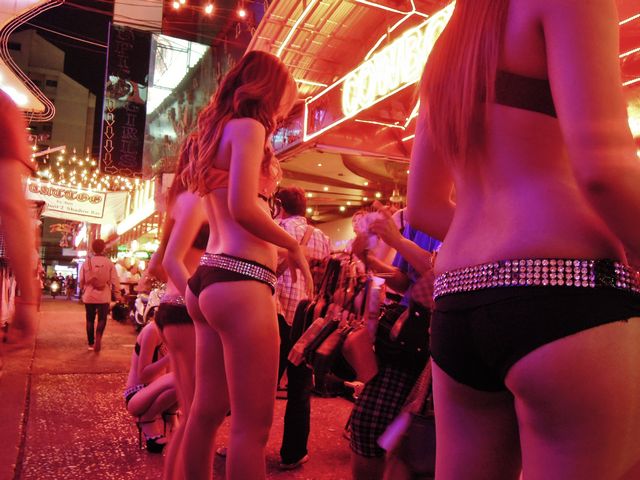 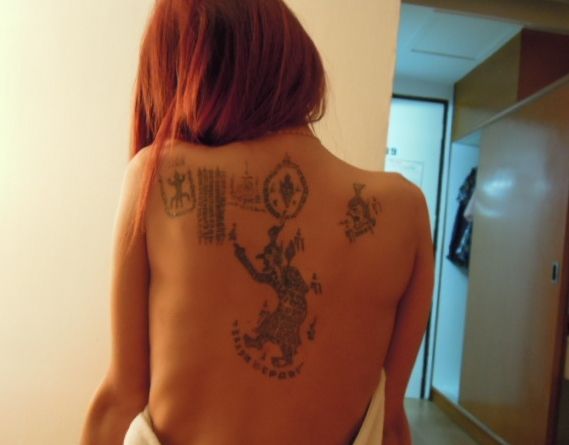 The tattoo on the back of a girl in hotel room

O admirers! praise not me! compliment not me!

you make me wince, 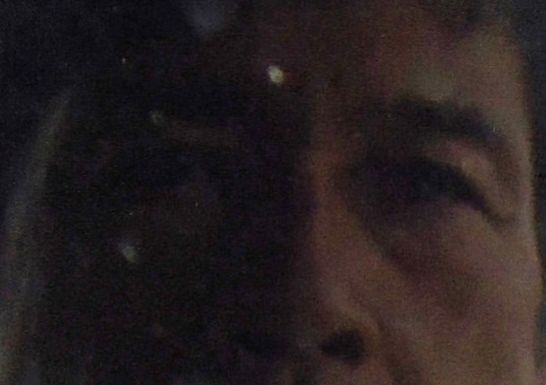 blowup of my face

Beneath this face that appears so impassive, 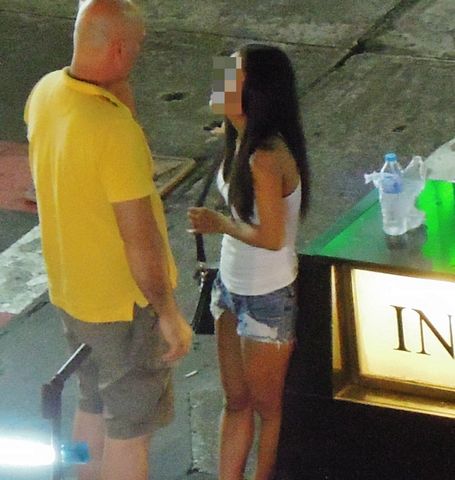 Big bald guy being solicited by a FL near Asoke

Lusts and wickedness are acceptable to me;

I walk with delinquents with passionate love; 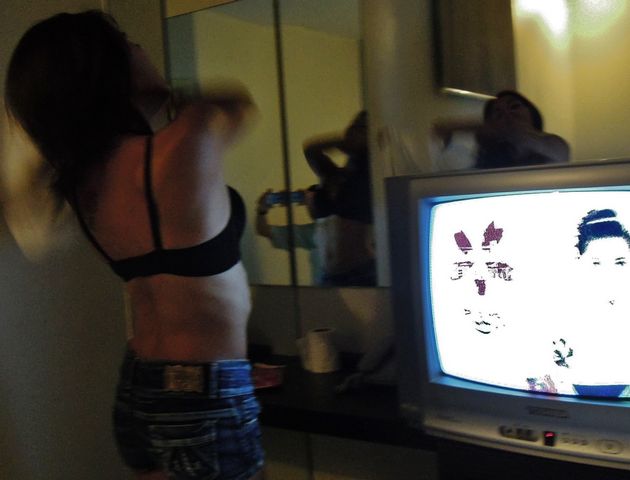 a FL undressing in a hotel room, next to an illuminated TV screen

I feel I am of them—

I belong to those convicts and prostitutes myself,

And henceforth I will not deny them—

for how can I deny myself?

Girl Form Nan - A Journey Of Scam, Deceive And Contempt