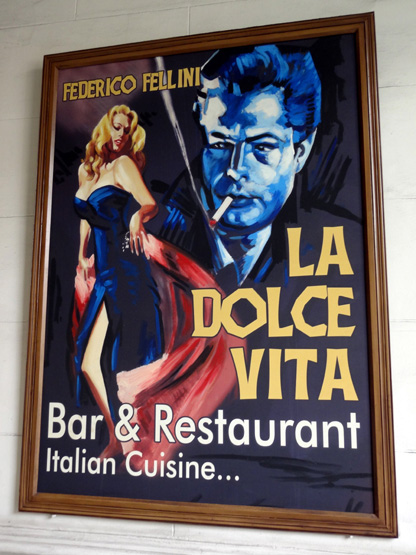 She begins shortly after she wakes, begins by whispering that it has been another night of bad dreams. Dreams she cannot remember.

It is that way with me too, I say. If I want to come back to them I have to get to my notebook as soon as I wake.

I see, she says. I will try that. I want to remember them. She repositions her head in the pillow and faces me. I like her like this, that morning look. So fresh, unguarded, innocent.

After a long silence, she says, I am different with you. We are friends and that is all. You promise me nothing and that is okay. We don’t speak of love. That is okay too. I don’t like lies.

I say nothing. We have spoken of this before, at other times, much like this one.

A beam of light from the nearby window shines on her lips, thin and without lines. They are soft, never harsh or aggressive, or revealing of what she must so often experience. She says she doesn’t know how to kiss. I bring this thought to mind when kissing her, lingering, not wanting to leave, wanting nothing else but her lips on mine. I don’t believe her words. I do not know why she says she does not know how to kiss. It is what I am tempted to call a lie.

She wants to tell me about the Australian again, the man from Sydney whom she met on his first visit seven months ago. He was with her four days, and then he left for a week. When he returned, he was with her for another eight days. This second time with her he began to call her his girlfriend. He didn’t want her to see anyone else, or go with anyone else—her business. He would pay her not to do so. Would that be okay with you? he asked her. She said yes, as long as he covered her rent and food needs, with a little something extra to send home to her son. When he agreed to do so, she began calling him her boyfriend. Not just a friend, as she refers to me. Boyfriends are special, in her mind that last stage before becoming a husband. The difference, she reminded me, was that whenever I want to be with other women this is okay with her. I am free to do whatever I want to do. This is what it means to be a friend, rather than a boyfriend.

He sent her money for one month, and then he sent her a note asking her how she spent the money. She had been careful, she had saved receipts. He said that he had not wanted to see them, he only wanted to know that she was using the money as she had said she would.

I don’t know why he didn’t trust me, she said. He didn’t have to ask me how I used what he sent. I am always honest. I don’t lie.

Maybe others have lied to him, I said, not knowing what else to say.

After that he didn’t send any more money. He still wanted me to be his girlfriend. I said I could not promise to be his girlfriend if he did not do what he promised. I cannot live if I do not do my job and see other men. He knows that. I did not hear from him for almost two months. Then he said he wanted to see me when he came again. Okay, I said, we can be friends but I will not be your girlfriend. Then he told me he wanted to marry me. I didn’t believe him. He was now a liar in my mind. He had promised me something and did not keep his promise.

Only this once he lied? I said.

Did he say he would send you money every month?

I think he did.

Did he meet your family and your son?

Has anyone met your son and family?

No. I am waiting for an honest person before I let them meet by family and son. I don’t want just words. I want the man who is serious to show me how he feels. Show me he is serious by what he does for me. I don’t trust words.

I looked to the window, and I remembered the time I was in Surabaya with a young and attractive Muslim woman. I lied to her about my intentions. I wanted nothing but her body, a couple of days with her. She gave what I wanted, but only because I lied to her. She had the brightest eyes I had ever seen. They were large and very white, and she would stare at me and bare my soul. After I left her, knowing I would never return, it came to me that she knew that I had lied to her. I knew because when she would look at me with those large white eyes I would have to turn to the window in the room and stare at the domed roofs and the black lantern lights that were always on.

You are not with me now, she said, her hand reaching for my face, gently turning my eyes back to her. She wanted to tell me more. She wanted to tell me about the German man who was like me. He promised her nothing, and she liked that. He never used the word love, or girlfriend, or boyfriend. He treated her gently, and then he was gone, to be with someone else. He never would tell her that he would see her again.

Just like you, she said, stroking the side of my face, making me aware of the need to shave. To shave for her, not because I wanted to, but because she liked to kiss my smooth face.

Do you want to get married? I said.

I am waiting for the first good offer, she said. I want a surprise that is real.

Like when I am just there in front of her after months of absence and not a word that I was coming to see her. I guess she would call this a real surprise. Sometimes there is only a smile when I just appear, come out of nowhere. And then she says, Okay. Nice to see you again.

Just okay? I find myself saying at such times.

Okay means yes, she will say. It means good, I want to be with you again. You are good for me. When I am with you.

This last time she answered me with a small hug. And I remember her saying, wanting to laugh, laughing just a little, Will you make me dance tonight like you did the last time?

Only if you want to. I won’t force you this time.

It was good what you made me do. But I almost fell.

It would have only been into my arms.

Because it is the wrong kind of surprise?

I wanted to tell her about being in Surabaya and how I had lied about my intentions, but I could not. I thought it would be cruel. We are just friends, and she has said it does not matter if I tell her about these kinds of things. Or my bad behavior. But she does not like lies.

She rolled her head away from me, without explanation, deeper into the pillow. She sneezed once. And then again. I thought she was getting something out, letting go. I imagined that it was about the Australian whom she often brought to mind. Was it because he was coming again? He would make more promises, and she would not believe him.

I wanted to know about her son, who she rarely talked about. I could not even recall that she had ever given me his name. How is your son? I said.

Okay. Okay, she repeated. She seemed hesitant to tell me much, much as she had been reluctant in the past.

Have you talked with the Australian about your son, after he said he wanted to marry you?

I told him I did not care if he wanted to have him with us in Sydney. He is now like a son to my parents. This is how they think of him. They don’t want me to take him if I get married to a foreigner.

And that is okay with you?

Yes. It is good for my mother and father. They love him like a son, not a grandson. She laughed a little. Not a nervous laugh, just one meant to let me know that she saw how odd this was, that her indifference was not as bad as I might think. 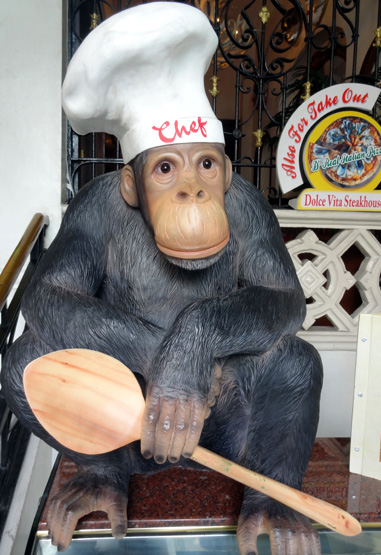 I was not her boyfriend, and she was not my girlfriend. I accepted this. But there was more, wasn’t there? This is what I wanted to believe, on mornings like this when we talked and did not make love, and had these special kinds of intimacies.

Our Day Is Over