I stopped writing the weekly column more than a year ago genuinely believing that was the end.  I moved on to the next chapter of my life, saying goodbye to the thing that each and every week, and by definition my entire life, revolved around.  It was the end of the one thing that had been a constant in my life for the best part of 2 decades.  Despite efforts to negotiate a deal to secure a future for Stickman Weekly, it wasn’t to be. 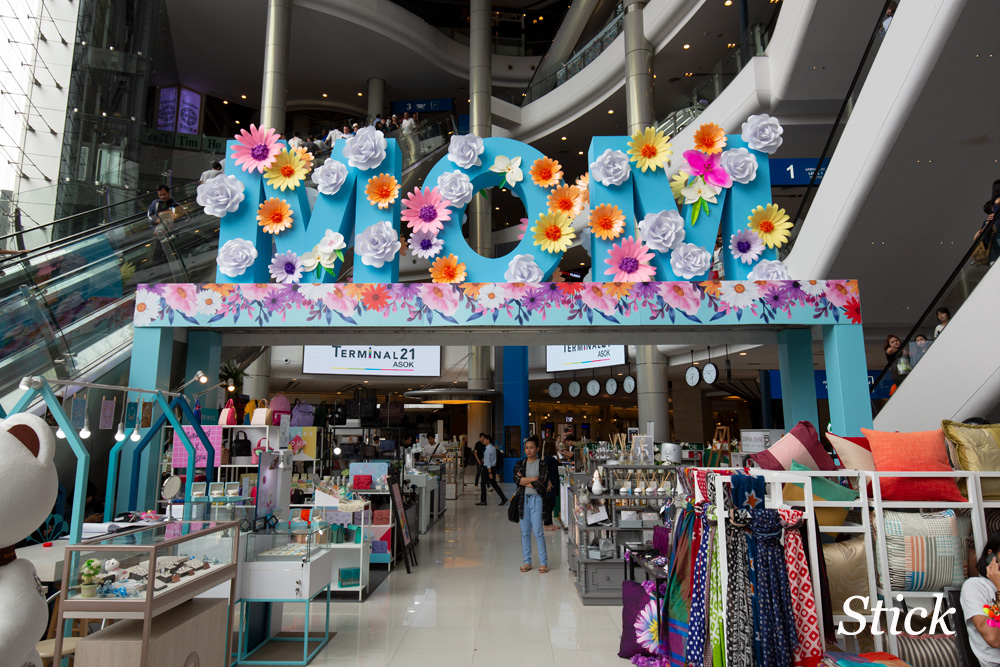 What’s going on in Bangkok?  How has the city changed?  How are visitor numbers and what is their makeup?  Are there any new trends in expat society?  What has opened and in particular, what new places are worth checking out?  These are the sorts of things I liked to cover in the Stickman Weekly column. 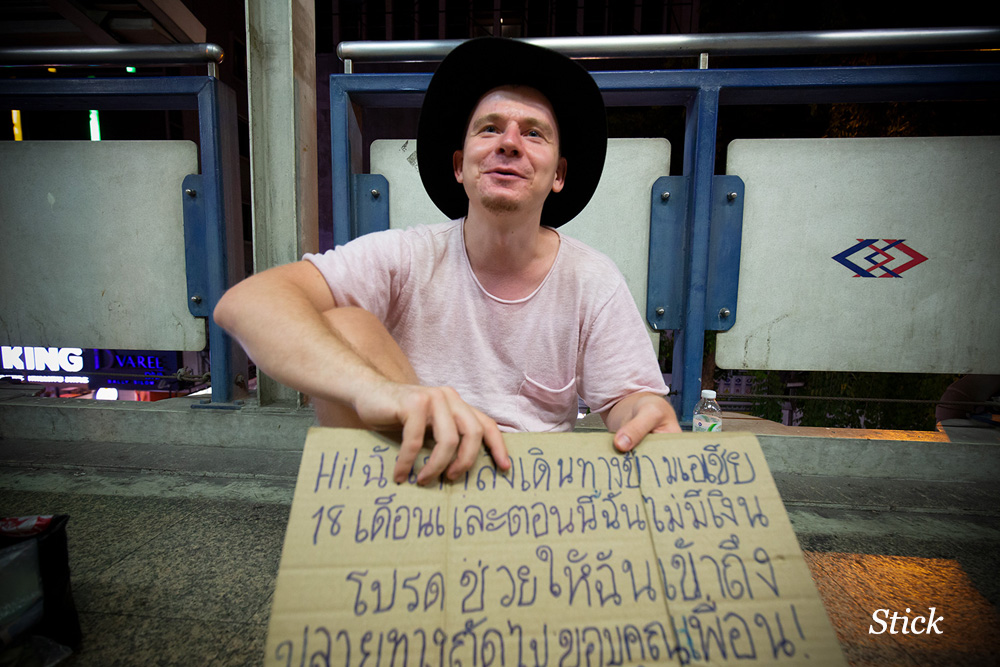 Another young foreigner begging in Bangkok

What’s going on with foreigners in Thailand, and how are all of the characters, Thai and farang, I used to make mention of in the column?  Are the Indian watch sellers still the biggest pests on Soi Cowboy?  What about the Thai watch seller with the huge growth on the side of his face?  What is popular personality Dave The Rave up to?  And just who is the guy above and what is his story? 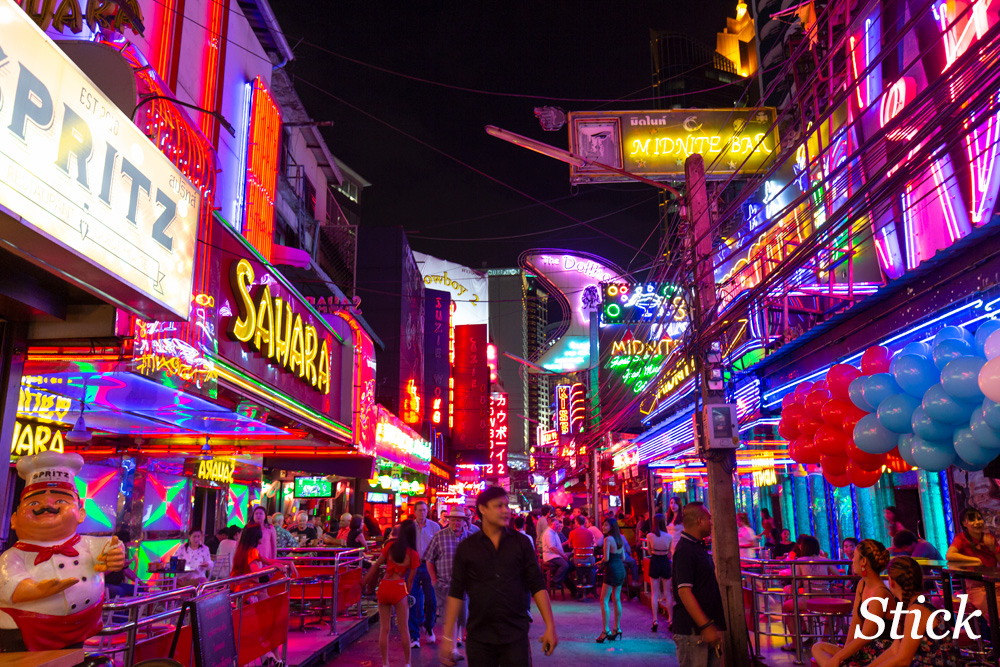 What has been going on in the bar areas?  Where’s hot and where’s not?  Where can you go to avoid the packs of Western women not just ogling the bar scene in ever-increasing numbers, but reveling in selfie-taking and capturing snaps of sex tourists who end up being pilloried on their Facebook page? 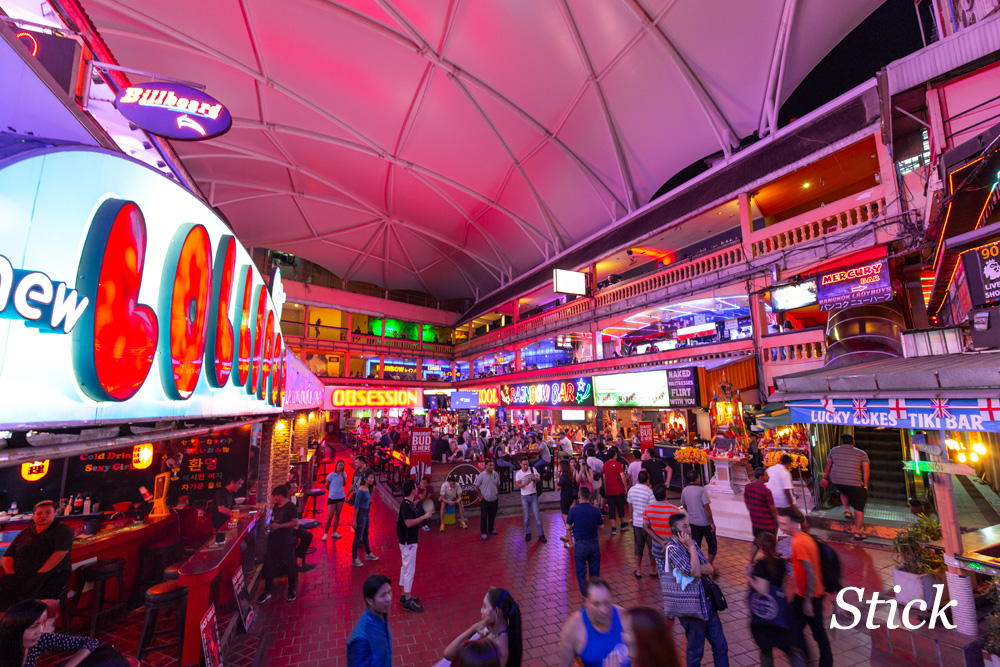 And what’s the latest salacious gossip from the bar areas?  Boy oh boy, are there some wild rumours going around at the moment….and some of them are more than just hearsay.  Boy oh boy, has one once high-profile bar figure pricked the wrong petal! 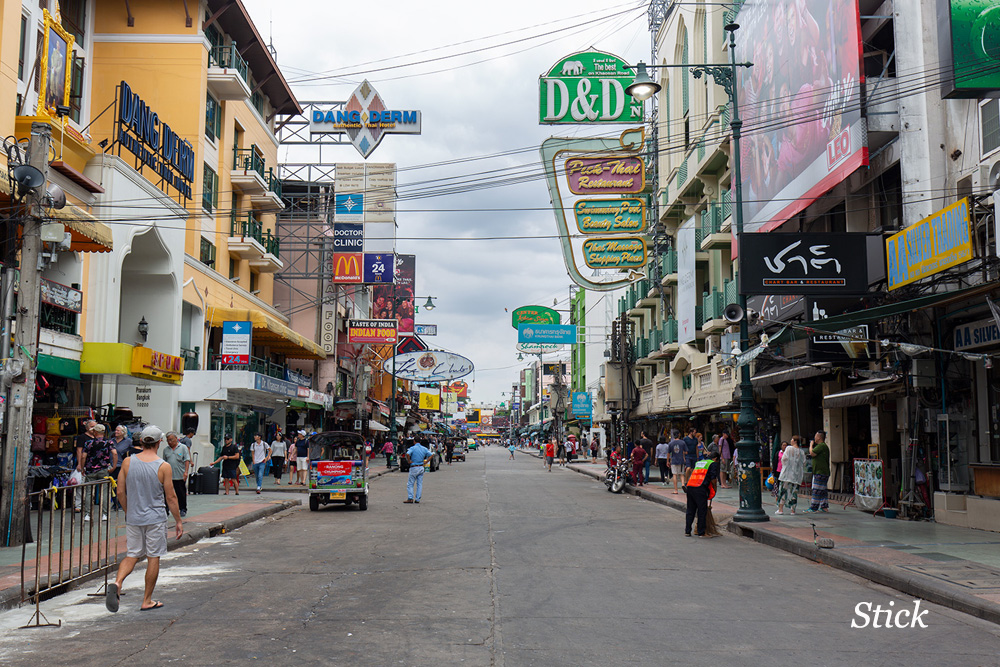 And away from Sukhumvit, what’s happening in other areas farangs gravitate towards? 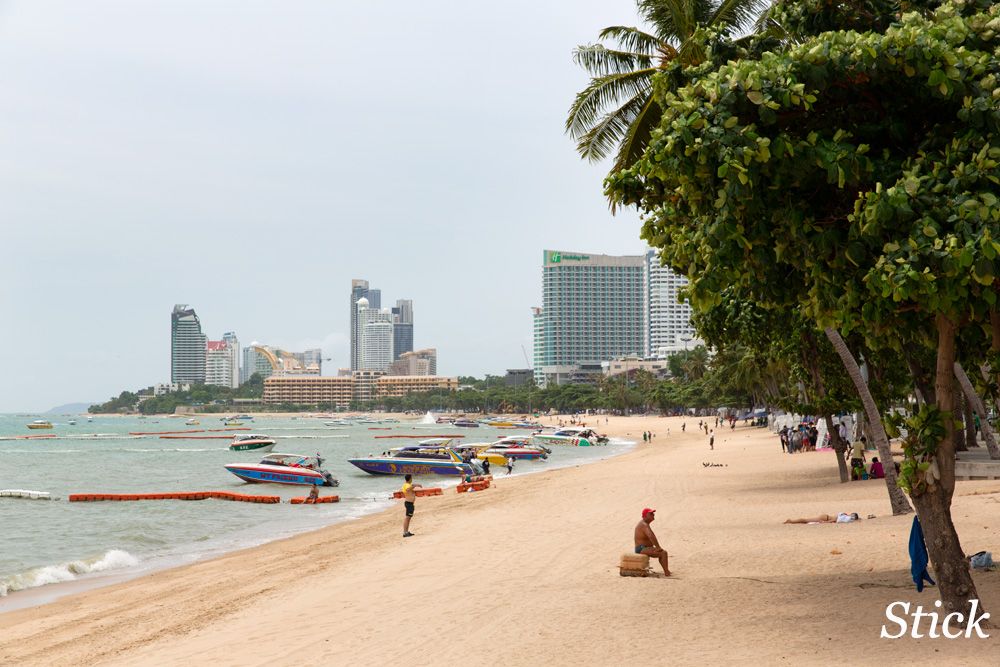 And what about our favourite strip of sand, Pattaya?  Is its reputation as the world’s largest naughty boy destination still valid?

I was recently in Thailand for a short break to escape the chilly Kiwi winter.  31 / 32 degree daily highs sounded better than 13 / 14.  One afternoon I was strolling through the plaza just checking out how it had changed when I spot an old friend.  I stop for a chat, one thing leads to another and a few dinners later we are discussing the relaunch of Stickman Weekly.

Stop by the site on Sunday September 2nd for the return of Stickman Weekly.  Not occasionally, not monthly, but weekly.

Soon to be your Bangkok commentator again,

Stick can be contacted at the usual email address : stickmanbangkok@gmail.com

Every Sunday, right in your inbox.

Next in Stickman's Weekly Column