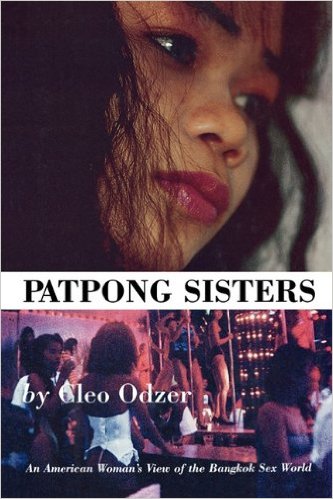 Cleo Odzer came to Bangkok in 1988 to do her (unauthorised) PhD on the Bangkok sex industry and while it is written by an American female, this book is often falsely labelled as an "American female's perspective of the Bangkok scene". I'm sure the average American female of today would say far, far worse things about it all than Cleo did! A good read if you're new to the scene as she explains things quite well as well as including her own personal story which is perhaps less interesting. Sadly, Cleo Odzer passed away, some time in early 2001 I believe.

What I liked: This book kills more than one bird with the same stone. First of all, it tells the story of how Cleo battled through her time in Bangkok, researching her PhD while falling in love and doing all of the other crazy things that Bangkok is known for.

What I didn't like: At times, her own story is a little too domineering, especially her relationship with that Patpong scumbag. (This has to be tempered with the fact that I read this at a time when I was intrigued by Bangkok's naughty nightlife and wanted to find out more about it all, rather than read about a woman's love life.)

Overall: Let me say straight up that I don't tend to like books written by females. But this one was a good read, in fact I enjoyed her writing style so much that I went out and bought her other book, "Goa Freaks", even though I had no interest in India whatsoever! Not only is it an interesting and honest account of her two years in Thailand, just writing this review and thinking back about it makes me want to read it again. In a way, this book is slowly becoming dated too.