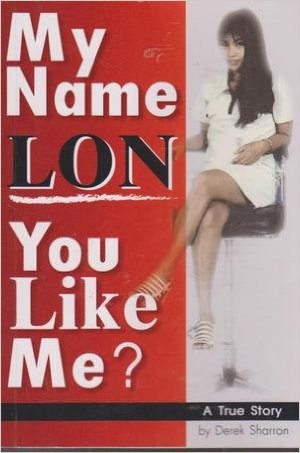 Lon is just another poor girl from rural Isaan who leaves home at a very early age in a bid to escape what she sees as a hopeless, futureless existence in the country and the pursuit of a better life for herself in Bangkok. At just 13 years of age she arrives in Bangkok not knowing anyone and with barely enough money to buy herself some food, let alone find a place to stay. Needless to say she falls into the hands of predators and this starts a chain of events that see her working initially in a brothel but soon enough as an underage prostitute for Western men.

The book follows her around Thailand and then to other parts of the world, as this obviously bright and once cheerful girl slowly gets worn down and ultimately suffers from the hell of working as a child prostitute, entering the world's oldest profession at just 14 years of age.

Interspersed in this true story are letters and articles from the two major English language newspapers that support many of the observations that Lon makes about life in Thailand. Parts of this book are damning, not only of Thailand, but of some aspects of Thai culture itself. The rich and the wealthy are slammed, as are the government. Rural Thais, especially mothers with questionable motives and most Thai males, take a hammering too. So many things that are fundamentally important to Thailand and Thai people are chastised. The country is described as a money hungry place where money is everything and without it you are nothing. For Westerners cynical about Thailand and life in the Kingdom, many of the arguments frequently used are repeated here – but from the mouth of a Thai girl!

What I liked: It is well written and well put together. The author seems to have been caught in two minds as to whether to write the story entirely from the girl's point of view or whether to make it a somewhat academic work with references to others works. It is sort of in between, with overtones of both, but it actually reads very well. It is attractively priced at 295 baht.

What I didn't like: While the book is well written, I am not sure how appropriate it is to write the book of such a supposedly uneducated girl in the first person. An uneducated girl is highly unlikely to have come up with the sort of analysis and analogies that the author has done so – but then Lon strikes us as someone somewhat more clever than the average girl fresh off the farm from Isaan. As the book spans a period of almost 10 years, but not entirely chronologically, the exchange rate of baht to dollars changes from 25 to 1 to 40 to 1 more than a few times and is a bit confusing! Also, as with so many books published in Thailand, it has more than its fair share of typos.

Overall: A highly recommended read. It is informative, damning and at times touching. At the end you really feel like you know Lon.

You can find out more about this book