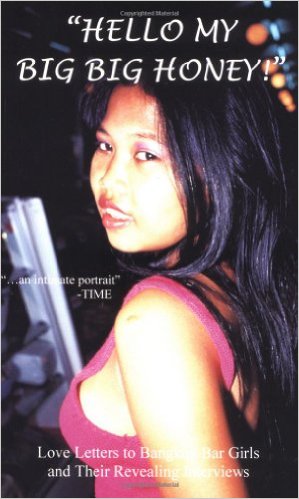 * Note: while this book has been around for a long time, this review refers to the latest edition.

This book has been around for years and has been through several editions, the latest of which I refer to as the "international edition", that is the edition that is available outside of Thailand! It contains a collection of genuine, love letters from foreigners to Thai girls and includes interviews with some bar owners & 25 colour pictures not found in previous editions. A French version is also available.

What I liked: It was a book before its time, examining the bargirl scam of suckering money out of customers, well before it was acknowledged as perhaps Thailand's biggest scam. Some of the letters really are hilarious, one of the letters seems to have coined the "sick buffalo" joke that so many expats joke about when talking of bargirls who try to sucker money out of innocent and naive newbies. This book is genuine, the real deal – and there are few readable, factual publications on Thailand's farang oriented naughty nightlife.

What I didn't like: Same same! The book is very samey, and while the first few letters are amusing, it does start to get a bit samey after a while. The older edition was a bit plain, but the newer edition has more in it.

Overall: I used to think that this book was starting to show its age due to the way the Thai girls now use the 'net and was not so hot on it, but in actual fact, it is timeless, and shows that the bargirl scams have been going on for a long time and will most likely continue for a long time to come.