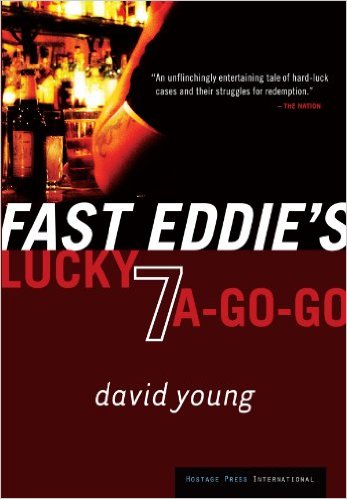 David Young's third novel is set in Chiang Mai and revolves around the main gogo bar in town whose farang owner falls ill and starts to re-consider his future. One of the other characters is interested in buying the bar and there are the usual Western male / Thai female relationships.

The whole idea of living and working in Thailand for a long period of time is discussed by the main characters throughout the book and provides a lot of food for thought.

He might not write as slickly as Jake Needham, but he still tells a good tale.

I believe that there are a lot of farangs who enjoy reading about the Western guy / Thai bargirl stories and with the exception of Steve Leather’s superb “Private Dancer”, there really are not that many titles to choose from. Many Westerners buy novels hoping to read about that sort of thing, but the novel just touches on it without going into much detail. David Young's latest covers exactly the sort of thing I believe a lot of people want to read about – the common Westerner trying to make a good life for himself in Thailand.

What I liked: David knows how the bar industry works and explains things well. The main characters are quite believable, depressingly so ­ Thailand bound English teachers might want to read this before they come! Unlike most authors with the exception of Christopher Moore), he gets the Thai characters just right.

What I didn’t like: There is one weird character in the book who really irritated me, who I didn’t like and who was just downright silly. There are a couple of scenes where something dramatic or semi-dramatic happens and then it just ends and jumps to the next scene.