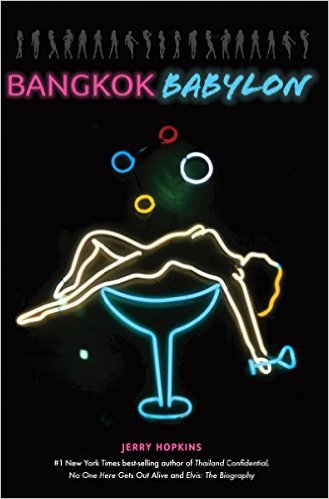 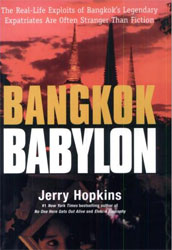 Jerry Hopkins moved to Thailand in 1993 and settled into a pleasant life. Through being a customer of some of the smaller, less popular Nana Plaza bars, he seems to have met and befriended a number of Bangkok personalities. This book is a profile of 25 odd expats in Bangkok, many of whom are personal friends of his.

Such well-known characters as Bernard Trink, Shrimp, Joe Cummings and Eric Rosser are profiled as well as a number of unknowns, some of whom are interesting and some of whom quite frankly, are not.

Each short essay, of which are around 10 pages on average in length, profiles the amazing expats. Some are genuinely amazing while others are less so. There is some inconsistency though in that some had amazing stories in Thailand, while others' amazing experiences happened outside of Thailand. That they all settled in Thailand seems to be the common thread.

The more I read, the harder it was to make up my mind whether this was a book about interesting expats, or a book about the author's friends! Nothing wrong with writing a book about your friends of course.

There was one profile in this book which I didn't just dislike, I strongly resented. Jerry got the knife and plunged it into Bernard Trink and then twisted it around and around before pulling it out. That the author did not care for Trink is one thing, but to the way he did it was, in my opinion, quite disgusting. Bernard deserved MUCH better.

What I liked: Some interesting characters were profiled, as well as some famous folks who we learn more about. Jerry is a good writer and the book is a very easy read. I also like it that each chapter is its own unique story so you do not have to read it in the order it appears in the book.

What I didn’t like: The hatchet job Hopkins did on Trink was quite disgusting. And then profiling yourself? WTF?! While some stories are good, others are less relevant. Writing 6 pages of a 10 page piece about someone's life in the West before they even got to Thailand won't interest too many. The author appears to know Chris Moore well, yet didn't write about Chris. Chris is very popular and a chapter on him would have been welcome.

Overall: There are some interesting characters profiled here, as well as some much less interesting. A worthwhile read which with a few characters removed, and a few, more widely known, or genuinely amazing, as do exist in Thailand, could have been better.