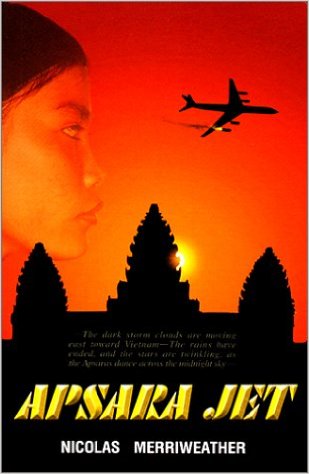 Set in Thailand, Cambodia and Myanmar, it is the story of a down and out pilot who gets a job offer that seems just a little too good to be true. The story takes place in this exotic part of the world, both in the air and on the ground, including some of the more salubrious locations that South East Asia is known for. It features some very heavy duty sex scenes, the sort of thing that you are more likely to find in literature aimed at females.

What I liked: Great descriptions of both places that I know, and places that I don't know. The characters are built up nicely and the story moves along at a good pace. This one would make a great movie, though certain parts of it may have to be cut for fear of it becoming the world's most expensive porn flick! There are a few references in the book that make you realise that Nicolas is a patriotic American – and good on him for not laying down and bending over to all of the politically correct bullshit that makes us white males public enemy #1 in much of the developed world. Nicolas calls it as he sees it, he's a bloke's bloke – and hell, I both like that and give him top marks for it too.

What I didn't like: There were just a few small bits here and there, where things were said by the author, that didn't need to be said, that little bit of commentary that really wasn't necessary. Still, this is nothing major and in no way makes it less enjoyable to read.

Overall: An outstanding first novel that captures SE Asia beautifully. Nicolas has got that knack of being able to write to both those who know about flying, and those who don't, not snubbing either group. Unlike Tom Clancy whose books bore me to tears, he doesn't get all technical on us, going into overdrive with all sorts of boring technical information. While I'm sure most folks will enjoy it, this is the one for people who especially like Cambodia or flying.