As Thailand attracts more international visitors, and as the country's exports grow, English has become more important to everyday Thais. In addition to the huge number of Thais working in tourism and other industries that require the use of English, there is also a large number of Thai students studying abroad, predominantly in the USA and the UK, and to a lesser extent in Australia, New Zealand and Canada. There is demand for native English speakers to teach in Thailand and as such, teaching has become a popular, perhaps even the most popular, choice of job for Westerners who wish to live in Thailand.

For foreigners who choose Thailand as their new home, English teaching provides the opportunity to get work. Becoming a teacher of English is one of the few jobs that most Westerners can do and actually carry out legally in Thailand. There are always loads of TEFL jobs in Thailand!

When I first moved to Thailand in the '90s, the English teaching industry was dominated by language schools and that is where most of the jobs were. Things have changed and now the openings are in regular Thai schools, primary schools and high schools. That is where the bulk of Western teachers would be employed today. Even in some of the farthest flung corners of the country, and in relatively quiet rural areas, you can find Westerners employed as a native speaking English teacher.

There are a number of language institutes in Bangkok and the market is dominated by a few big chains. Most of these chains are also represented in the provinces, in the larger towns at least. In addition to the big chains, there are also many smaller private language schools.

Other than regular schools and language institutes, there are international schools which use the curriculum of a foreign country, usually that of England or America. Then there are universities as well as institutes which offer language training to business. They design a course and place teachers in the premises of companies to teach English to the staff for a short period. Finally there are agencies which send foreign teachers into schools, and Thai companies.

The industry used to be very relaxed and often language institutes or schools were desperate to get a foreign teacher. They would usually hire just about anyone, whether they were qualified teachers or not, experienced or inexperienced. The only criteria was that you had white skin and were a native speaker. This has changed somewhat.

The better schools, of which today there are many, now require qualified native English speakers with a bachelor's degree. Whereas in the past a degree was generally not needed, things have tightened up.

To secure a decent teaching contract in Thailand, you really need:

It would be greatly advantageous to you if you:

There used to be a lot of people teaching in Bangkok who had no teaching background or any formal teacher training whatsoever. There are still people here like that, but they tend to work in poorly paid positions. Some believe that just because they can speak the language, they can teach it. There is no correlation between speaking English and being able to teach it. Further, a lot of other skills such as being able to write or edit, or being a good public speaker don't mean you will be a good teacher! Many of these skills will be useful, but it should be noted that English teaching requires its own unique skill set! Understand that the ability to teach is far more important than the ability to simply speak the language well!

It used to be that the majority of English teachers in Bangkok were working in the city because they liked living here and enjoying the lifestyle that Bangkok offers. When I first came to Thailand I would guess that around 90% of the native speaking English teachers in Bangkok were male. It's widely known that Bangkok appeals to Western men and this was reflected in the industry. I don't know what the numbers are today, but I would guess that perhaps 75% of foreign English teachers in Thailand are male. As the industry has become more professional and as the authorities like the Ministry of Education and the Labour Department have tightened things up, teachers tend to be more professional these days. 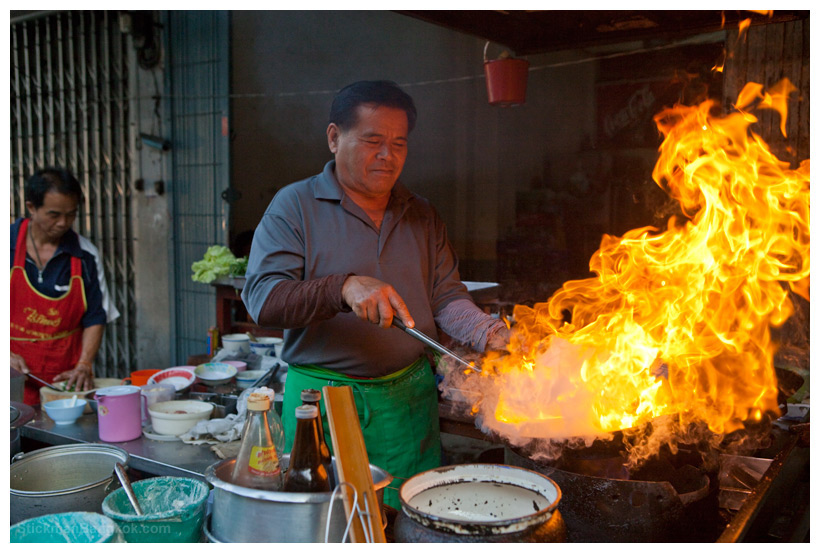 Even today, as more and more Westerners move to Bangkok, it's very much about the lifestyle. Bangkok has developed into a vibrant international city with something for most everyone. For some, teaching may just be a job to finance leisure activities and travel in the country – and they may not take it that seriously. If this is you, try and spare a thought for the students. Many go to language institutes to learn English not only to be able to communicate more effectively with foreigners, but often to improve their vocational prospects. Some seek to improve their English before they go overseas to further their study. You owe it to your students to do the best that you can! For a Thai language student, learning English is invariably expensive when studying with a native speaker. Many Thais may only earn a very modest amount and may have to save for a long time to study with a native English speaker. It is horribly irresponsible to let them down.

Further to this, when teaching in Thailand, don't think that because you have not received any complaints that you're doing a good job. Thai students of all ages seldom say anything negative about their teacher – quite simply, the culture doesn't allow students to criticise a teacher! Teachers automatically get respect by right of their position and teachers are revered in Thai society. Please don't abuse this. If Thai students do complain about you, it means they are REALLY unhappy with you!

Thais are a playful bunch which makes them a lot of fun to teach. The flip side is that they can become bored very easily. Lessons should include a lot of language based activities and games. Grammar based lessons, although necessary, can put Thai students to sleep. Try and keep things snappy and moving to keep them interested.

Thais are a very consensual bunch and if you test students, they will be dying to see other students' grades and they don't like anyone to fail! In fact if a student fails it is often turned around and thought that they failed because the teacher did not teach them well!