This sub in response to instant gratification & the follow-up sub proclaiming “Stick will return to Thailand” a few days later. First of all, it’s of little or no interest to me whether Stick returns to Thailand or remains in NZ. I believe the column will go on for a while & then just fade away in a year or two, similar to Trink’s Night Owl column after he was dismissed from the Bangkok Post. So this is not about TH or NZ. I also believe that weekly columns about NZ even if it’s about the Thai community are of limited interest at best to Thailand residents or the larger worldwide readership.

I do have a few points to make about Anonymous’s rantings and Stick's point of view in his answers. The focal point here is age. Anonymous is 60 (I’m a bit older) claiming it’s the new 40! It is not. Definitely not in the mind. Let’s assume that Stick is now around 40 and came to TH in his early twenty’s. At that age and that time he must obviously have enjoyed the bar, gogo, nightlife scene. In fact he enjoyed it so much he started to write a column about it. By coincidence perhaps more than by design he happened to be at the right place at the right time doing the right thing. Bangkok in the late 90s was probably one of the best places to live on earth for a 20-year old. As the time long established nightlife guru Bernard Trink retiring from the Bangkok Post, there was an obvious void to be filled. Stick took the time to learn the language, was computer savvy and had or has (I assume) an easy-going or laid-back personality that enabled him to get on with people. So the Stickman column was born.

Now back to Anonymous. Your 60 and would much rather be 40. Understandable. But at that age you’re a non-entity (just as I would be back home) in Canada for women in your age bracket. Trouble is that the remaining lifespan granted to us oldies gets shorter with every day and that is much more obvious than at a younger age. So quite naturally we seek to make the most of what is left to us. To you it’s what you titled “instant gratification”, in other words enjoy as many young, slim and pretty Asian girls as possible. Nothing wrong with that and I do it myself, though possibly on a less intensive scale as libido retracts with every passing year. Stick would be inclined to call it Torschlusspanik and he may well be right. <I had to look that word up here as I had no idea what it meant! – Stick>

Stick believes you're being bitter or even beyond bitter. I disagree. In my view it’s simply being realistic. Why? To be in a steady, sustained relationship for a farang at age 60+ with a younger Thai woman is a perfect recipe for disaster. And it’s of little importance whether the girl (lady) is a bargirl, go-go dancer, freelancer or so called good girl. The common denominator is always money, no matter what. So using a girl in Anonymous fashion for instant gratification is the perfect way in my view to enjoy sex (only to some degree granted). In other words; chose a girl that appeals to you, use her, pay her, dismiss her. (Crudely put, I know.)

No one gets hurt, the girl gets the money, and the guy gets in a relaxed state and looking forward to a good night's sleep. Important advice here to end this section; do not ever get attached to the instant gratification girls.

Now and in opposition to Anonymous' views it is only fair & honest to look at some other Thai/farang relationships and marriage in particular. It’s a proven fact that many such marriages are doomed to failure sooner or later. To a large degree anyway. For various reasons. The main reason being that values that are important to westerners like honesty, trust, integrity are almost always overruled by the “do not ever lose face” notion that encourages and allows Thais just about everything from embellishment to deception or even downright lies.

There are marriages that have “sort of worked out” for Farang – Thai Ladies be it here in Thailand or back home in the small central European country where I come from (with large numbers of Swiss – Thai marriages) or the rest of the western world for that matter. These lasting long-time relationships work mostly because and where the Thai woman is the dominant partner in almost all aspects including money issues. At least in the 5 or 6 long-time marriages I personally know of.

Finally a word about myself. Living for 26 years in Thailand and after numerous girly/ladies relationships I’ve come to the point where I can weigh the “pour et contre” living here or in Farangland pretty objectively. When I retired 10 years ago I considered the option of returning to Switzerland. The main reason to stay here at the time was a small child that is in my care as his (Thai) mother is totally disinterested in him. Meanwhile my son is now 15 years old and currently studying, living in a boarding school. Me, I live in a small, laid-back town where I have a number of friends and acquaintances.

To end this sub, here’s just a short story for a laugh really that would have to go in to the “you can’t win with Thai girls” section. I had a pleasant relationship for 4 months with a very pretty young Thai girl of the so called “good girl” variety living in the same town. Until the day a younger, handsomer guy walked onto the scene. No reason though for the girl to end our relationship. But the weekly allowance for her services went up from 5,000 Baht/week to 50,000 Baht/month. I declined. But flesh is week as they say. Two weeks after the breakup I invited her on a shopping spree in Hat Yai hoping to win back her affection. Her birthday coming up, I promised her a nice birthday present. The best hotel, best food, an evening of shopping, the town is known as the south Thailand’s shopping paradise. The birthday present turned out to be a 25’000 Baht gold necklace.

After returning I added up expenses and realized it all mounted up to just about 50’000 Baht. Hence the above introduction to the story! I let you be the judge of who is winning here. Or to be kind, call it a draw. Or even better, “No fool like an old fool!” (That last sentence could easily come out of a Phet sub!)

Despite the good & not so good times I’ve had here in TH, I intend spending the autumn of my years (pathetic formulation I know) here in Thailand. It’s an acquired fact for me, always providing political, economical or other unforeseen events obliges me to envisage the journey back to Europe. 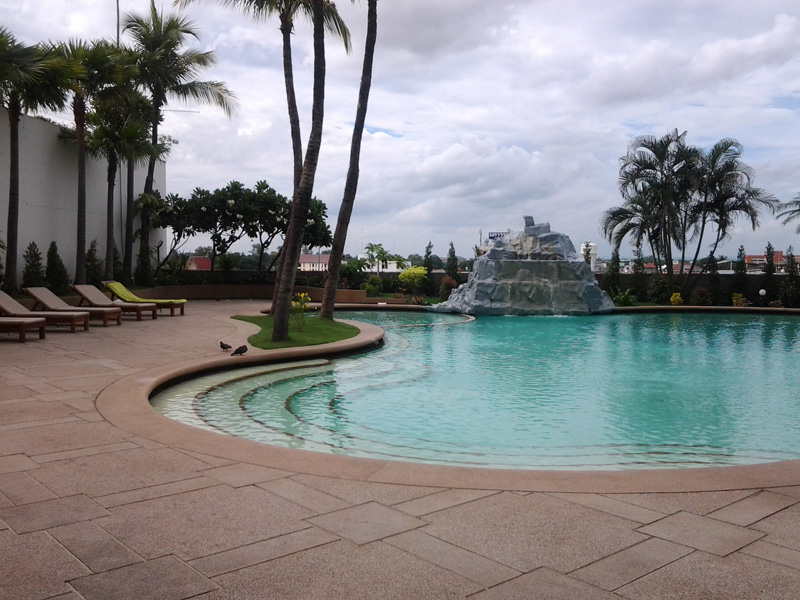 PS: I’m writing this on the almost deserted pool of the Topland Hotel.

Humbled By My Kik

Where Is She Now?