The Far Reaching Idea That We Should Marry For Love

This submission is dedicated to a regular reader of this valuable section of this website. This “Cranky old man” (his definition not mine and also the title of a touching poem about ageing) is gifted with the ability of
succinctly asking relevant and effective questions at the right time. His perceptions and insights have allowed me to learn from him the most while knowing him the least. I do, however, recognise the importance of balancing the two experiences.

Believe it or not, I do not actually know his real name and, in an affectionate way, I tend to call him Golstice. In return, he will address me as Deluxe Dog or DD on his premise that all men are dogs and, according to him, I am not any
different, except, perhaps, possessing a tendency for being a little fussy.

The topic of this submission is one, which I have tackled with him, both when in Thailand and by correspondence on a number of occasions. In the long term his views have proven to be more accurate than mine and it is only fair that I
credit him with part of my learning. 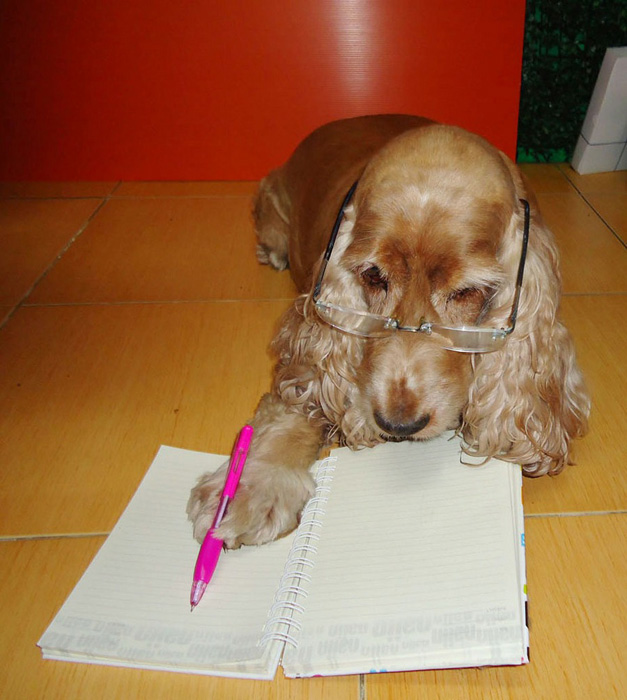 
For the sake of clarity, I should perhaps disclose that I do believe in love as the most powerful force in the world I have come to be aware of. However, and you may view this as a contradiction, I have formed a long held opinion that
love is not a primary or valid reason to get married. In the Land of Shallowness (LOS) where we are all seen as handsome men and where Thai ladies quickly promise to make us happy, Golstice has steered me clear of many traps and it is partly
thanks to his mentorship that I have been able to avoid marriage proposals based on “me love you long time” and remain a content bachelor with my passion for life and interest in fellow human beings as intact as the hymen of
a happy-go-lucky virgin.

A few years ago, when I shared with Golstice that I was thinking of going steady with a lady hailing from the North of Thailand and that she had mentioned marriage, he reminded me of that quote from George Bernard Shaw who had described
marriage as an institution, which brought together two people “under the influence of the most violent, most insane, most delusive and most transient of passions. They are required to swear that they will remain in that excited abnormal
and exhausting condition continuously until death do them part.” According to Golstice this was simply neither realistic nor sustainable.

Well, even for a simpleton like me, that preciously held cultural ideal came across as an unrealistic expectation. Discussions around the Thai sin sod, language barriers, significant cultural differences and time and distances
involved also contributed to a view of love as even more fragile and irrational than it normally is.

That made me reflect and I began to look into it a little deeper. When I looked back at some cultures and times, true love was, after all, considered as incompatible with marriage. Plato believed that love was a wonderful emotion that
led men to behave honourably but he was not referring to the love of women but to the love of one man for another.

Back in time, in India, love before marriage was seen as disruptive and almost antisocial and in the Middle Ages the French used to define it as “Derangement of the mind” that could be cured, however, by sexual intercourse
with the loved one or a different partner. In that light Oscar Wilde once suggested that the quickest way to conquer yearning and temptation was to yield immediately and then move on to other things.

Europeans during the twelve and thirteenth century idealised adultery as the highest form of love among the aristocracy. In those days, polite love befitting a royal court saw noblemen and kings falling in love with their courtesans rather
than their own wives.

A courtesan to go go but where will she take you?


And the Romans, like the Thai, frowned upon public displays of marital affection. I even came across a reported case of a Roman who was expelled from the Senate once because he had kissed his wife in front of his daughter!!

While medieval Muslim philosophers were forgiving of the sexual passion between husband and wife, they also thought that too much intimacy between a married couple weakened their believers’ devotion to God and, similar to the Europeans,
believed that love thrived outside marriage.

On occasions, I have argued with Golstice that the way men and women relate to each other in public through the conventions of a war between the genders is only to disguise the fondness they more than likely feel for one another. I have
also highlighted how, in a number of submissions, we often read of complaints regarding marital behaviour of Thai ladies, no matter how exemplary, referred to in terms of convenience, compulsion or self interest. This is expressed in the often
held view of the male complaining of being treated as a walking ATM, rather than valued for his sentiments.

Golstice has argued back many times by asserting that love in marriage is seen as a bonus and not a necessity. He referred once to the renowned Roman orator Cicero who exchanged many love letters with Terentia during their 30 year marriage
but still divorced her when she was no longer able to sustain the lifestyle to which he had become accustomed.

When I considered the issue in more detail, in the West I have noticed several examples of young people resisting parental pressure to marry for practical reasons rather than love although just as many welcome the interference of parents
in arranging marriages. After all, it is in Europe that the common saying “He who marries for love has good nights and bad days” originates from.

Despite all these warnings, most people hope to find love or at least affection in marriage. However, in the West nowadays there seems to be a predominant view that for a couple to live happily ever after, first they must love each other
and choose each other not influenced by external pressure. Then they must make their partner the top priority and must owe the highest obligations and deepest loyalties to each other and their children. In-laws must not be allowed to interfere
and husband and wife must be friends and sexually faithful to one another. This is very different when compared to Thai based marriage values where family members play more of a key role especially the wife’s parents.

In that light, it is not difficult to realise that these expectations concerning love, marriage and sex are extremely rare and those who make it work seem to reach happiness in their own way.

We often read allegations that Thai wives do not put their Western husbands first and that marriages between Thai and Farang are more out of convenience and securing a brighter future. However, from what I have learnt, in many societies,
there is prevalence for people’s strongest loyalties and emotional connections to be reserved for members of their own families. Hence, this is not too different from what Thai ladies seem to practice with gusto.

The Kiowa Indians in the Northern American plains back in the 1930s used to say “A woman can always get another husband but she only has one brother”. Similarly the Chinese used to say “You have only one family but
you can get another wife”.

As to fidelity and the expectation that this should be mutual, this seems to be a recent invention as there are several cultures which allow husbands (and in many cases wives too) to seek sexual gratification outside their marital relationship.
Such examples exist among the Dogon of West Africa, the Rukuba of Nigeria and the Eskimo of northern Alaska.

Amusingly, where women have sex with someone other than their husbands (but with their consent) anthropologists call this “wife loaning” but when men do it, they call it “male privilege”.

Presently, it seems to me that both in the West and in the Thai models, people expect marriage to satisfy more of their psychological and social needs than ever before. However, increasingly busy life styles and materialistically driven
desires do place considerable pressure on marital life. Men, it seems to me, want marriage to meet their needs for intimacy and affection and all their needs for sex 24/7. Women, broadly, seem to want security, children and an improved lifestyle
and not necessarily in that order.

However, when we consider this in more detail, such high expectations about marriage are not likely to be either realistic or even desirable, which is why I have come to form an opinion that love alone cannot sustain the stability of
this institution.

For the above reasons, and while continuing to believe in love and pursuing this irrational interest from time to time, I also concede to Golstice that love is irrelevant when considering a “contractual arrangement” such
as marriage.

Love may often be the only answer but, meanwhile, it is sex, and not marriage, that poses some interesting questions but I will leave that debate for another submission.

Thai Crisis As Seen From The North