Fall of 2008 I took a trip aboard China Airlines from my home in the US to Thailand. It was a long flight. With connections and all it was going to take about 35 hours. I liked it a little better then my normal flights on United or North
West even though they were 26 hours. I guess because I left home in the afternoon rather then early morning, I got to Thailand in the day time instead of damned near midnight and the longer stops along the way broke the flight up some. 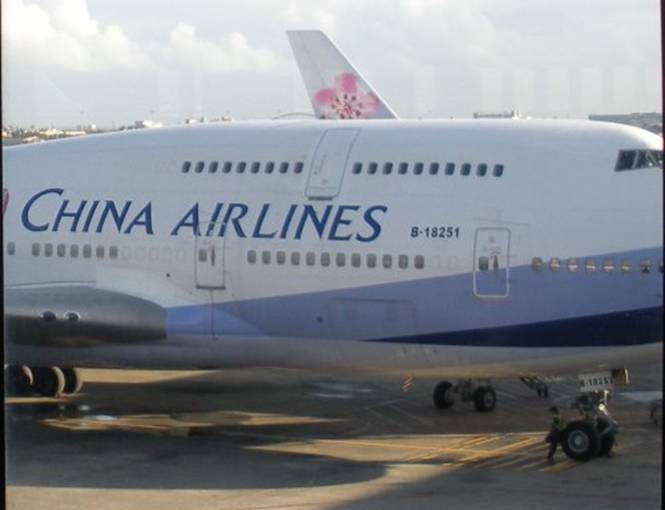 Some where over Thailand the pilot starts making announcements. It seemed like he talked for about five minutes in Chinese, five minutes in Thai but the English announcement was rather short. “We are experiencing difficulties,
please remain in your seat.”

I looked at the flight map showing the airplanes position and it looked like a long way to Bangkok. Then I could hear the engines spooling down to a slower speed and the airplane started to nose down just a little bit. Not hardly enough to notice, but
after the announcement it was a little alarming. I wonder how well these Chinese pilots can handle difficulties? I could feel a bit of panic thinking about crashing on the way to Thailand – if I have to crash at least let it be on the way
home.

I looked around to see how other passengers (mostly Asian) were handling this. Well, they acted like nothing was going on. They were not staying in their seats, a lot of people were putting away over head luggage. None of the women seemed
concerned at all. I calmed down and we continued to slowly descend to a normal landing. I don't know if I fell asleep for a few and dreamed the announcement, or the Chinese pilot was just having a little fun with the white devils aboard
or if I had missed part of it.

Well, everything normal once I landed, made it though customs quickly, took a cab to my hotel on Sukhumvit Soi 22. I had a few days in Bangkok before my adventure in the North-East so I enjoyed some sights in the city.

A few days later I check out of my hotel and walk toward Soi 22 trying to decide how to get to the train station. I already scouted out the MRT and it seemed like a good way to go for forty baht or so. But walking down Soi 22 and Sukhumvit
with a suit case would invite way too many taxi guys asking me if I want a ride. Well, I guess I could take a taxi. Oh, but my problem is solved. Here sits a tuktuk. Lord knows why, but I love those things.

The driver does not seem to speak any English so I show him the train station on the map and he understands. The fare is 500 baht. Instantly I am angered because I know it is way too much. I think of all the stuff I have read online about
scams and double pricing. I look at this tuktuk driver who is easily my age (older) and probably weighs as much (Fat Farang) and think about how he is trying to overcharge me. I think about all the taxi drivers I will have to say no to on
the way to the MRT should I not go with the tuktuk. I think about the old expats on Thai Visa who complain about the two week millionaires paying too much and driving up the prices. I can picture some old British guy (I don't know why
but its always a British guy I picture) whose life is reduced to drinking ice cold beer on a beach in Thailand and having to spend his nights with hot Thai chicks half or maybe a fourth his age. Then I think about how much money I gave to
those bad girls the night before and realize I have been reading too much Thai Visa. Screw it I will give the old guy 500 baht and do my part to ruin the local economy. No tip though dammit.

This old guy keeps looking at the map. Then he needs to see my ticket, then the map, then the ticket again. Finally we are on the way. I have scouted this trip out pretty good already and am happy to see we are going the correct direction.
Soon we stop in traffic and the tuktuk guy needs to see my ticket again. He smiles says OK and we are back on our way. About this time we turn off on some little side soi and as far as I can tell are heading the wrong way. We pass some little
store with what seems like 10 or 15 tuktuks parked out front. The driver's hand is resting on his leg and some how I notice he sticks out one finger as we pass the other tuktuks. One of the other drivers is looking at him and I can see
him smile and nod his head in understanding. We head back to the main road and continue the expected direction to the train station. What was that all about? What was that secret signal? Am I getting set up to be robbed! I got to stop reading
Thai Visa. 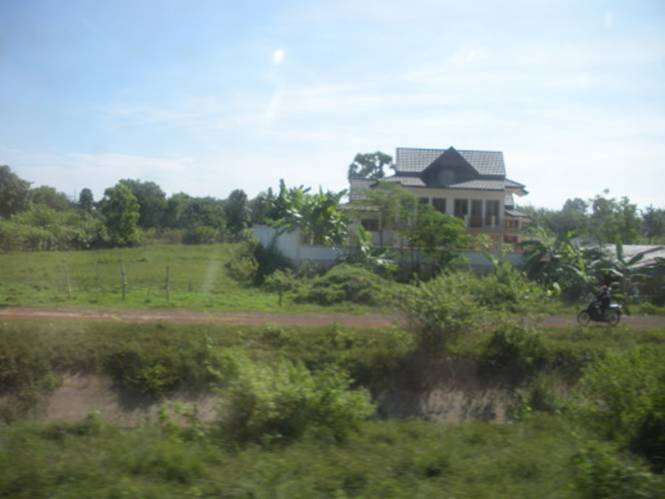 We stop again so he can inspect my train ticket. The driver smiles and says OK again and we head on our way. Finally we stop at a sign and turn right toward what I would think would be the train station. But, he does not go that way.
Instead he backs down this one way street (the wrong way) for what seems like a few miles. Stopping here and there to let oncoming cars go by. I am not all that familiar with Bangkok but this does not look like that good of an area. Lots of
those narrow tall shops and tough looking Thai guys standing around watching the world go by. We stop and the tuktuk driver says we are there and wants me to get out of the tuktuk. Now I was at the train station the day before and this does
not look at all like the train station. I do not see those distinct arched roofs that the trains park under.

The tuktuk driver can see I am hesitant but insists that we walk across the street and into some dark tunnel looking thing in between the buildings. What was that signal he gave the other tuktuk guys? I am pretty sure I am about to get
robbed and an ass kicking. Well what the hell am I going to do? I have money hidden in a few different places and I can always call my sister and have her wire me some more. I am past due on a good ass kicking anyway so I follow the tuktuk
guy to the tunnel. I can see a cop in the tunnel….. Is that good our bad? I have been reading too much Thai Visa.

The next thing I see is a god forsaken train on the other side of the tunnel. I guess I only know what the train station looks like from the front, not the side. I did not realize it then, but I could have walked right through that tunnel
and got on that damn train and not only been on the right train but probably in the correct car too. At the time I was just grateful I did not have to call my sister for money or get my past due ass kicking. I gave the tuktuk guy his 500 baht
and a 40 baht tip. I imagine that secret hand signal said “This dumb as just gave me 500 baht. We get drunk tonight.” Well, I am glad could accommodate them. I wonder if he kept looking at my ticket so he could get me that close
to the correct train or if that was a coincidence.

Next a nice ride up North where the real adventure will begin. 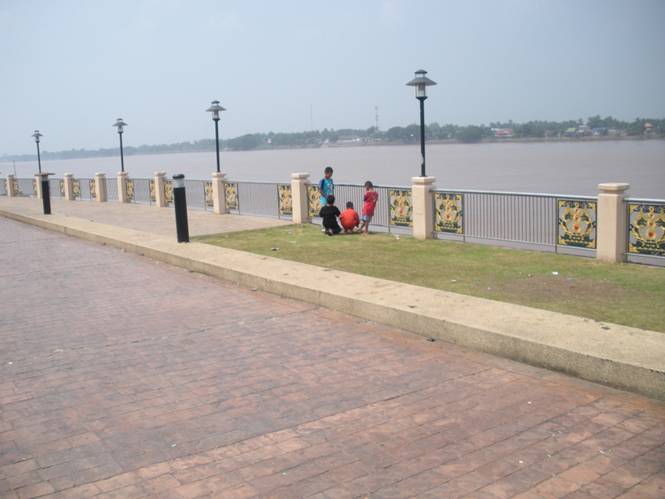 Why I Became a Pattaya Sex Tourist at Age 33