When You Have Had Enough

Tiger Air can get you there and back, sometimes cheaper than 5,000 baht. Some call it the love boat, because we find it a trip to more warmth and fun. I have made the trip over 20 times over the years and often see my perceptions informing me of the differences between Thailand and the Philippines.

Maybe if one is older and doesn't want to labor anymore trying to speak a language so alien that most every Farang I know who can speak it prefers not to. If we feel that way, maybe we can empathize why the Thais so reluctant learn any English at all. But, by my age, 67, I know a couple of languages and have tried several times to learn Thai only to end up asking myself why I bother. Good on those who can and practice it daily although knowing they will never be seen in an equal light.

Values and language seem to go together. I find it impossible to change all my values and be as cold and superficially concerned as the Thais I have known via the 4 fake girlfriends I've, I guess, employed. Inside I figure we all are human, education and upbringing must be important. Really, I don't know good Thai girls well because I have been a lazy monger this past decade and mostly dealt with gogo girls or people on the periphery to the sex industry. I am saying I am aware they are ruder and more coarse than higher society girls like one may (or may not) glean from ThaiLoveLinks or some other avenue for English speaking men to meet Thai ladies. Whatever differences may exist, though still I have come to believe that hookers are cheaper than love interests.

The fact remains that a great-looking young Thai woman has more interesting options than old foreigners who cannot or will not speak the Thai language. If it is love one really wants, then maybe a 67-year old back home that outweighs me should be my choice. Thais simply measure things with cash. 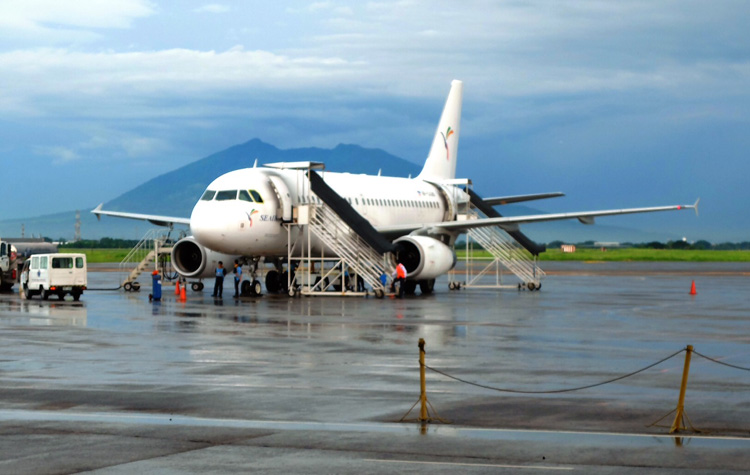 In the Philippines I find a different set of circumstances. in 1898 the Philippines was colonized by the USA, my home country. People there seem to admire my homeland and the men from there as they would like to migrate in that direction. When you wander around hearing music you may have a fondness for from the 70's, 80's, 90's or decades either end, it feels nice and warm. And when you want to talk about anything other than the basic situation, "How long you work this bar?" or "You have boyfriend", the Philippines gives guys like me the opportunity to ramble on in my native language and actually be understood. It is a bit rare to find one who cannot speak English.

In Pattaya if she speaks English, I start wondering how that happened. To me, Pattaya is not much like it was when I came. The dramatic increase in prices in the bars is not to be ignored if one is concerned with their finances. This "coyote" phenomena of more clothing and doubling, tripling, or quadrupling the prices we all enjoyed many years is a bit tough to minimize.

Obviously I still like the Thais, but feel they do not like me and my people. It was more fun in the past, and sometimes feels like a bit of the past. But, generally, it is a cold experience with fake smiles and polite exits. Though if I don't go to Angeles for long periods, I sort of readapt to Pattaya or Bangkok.

But every time I return from the Philippines, the first Thai girl feels like a cold shower. Polite, sure, since I will not tolerate acting out scenarios anymore, but not like the passionate girls I meet on the island of Luzon.

Maybe it is the adversity that creates the humility and warmth over in the typhoon and politician-ravaged Philippines. I do not know, I am not a scientist, but I suggest the Thais have it quite easy compared to those folks. They have not known the suffering.

A few months back I went to that famous Yanhee hospital in Nonthaburi for a bit of a face lift and neck tightening. The hospital has over a hundred nurses from Cebu in the Philippines. The differences were sure noticeable for this old boy. When the Thai nurses would come in my room it was as if they wanted to hold their noses compared to the warm "Hi, sir" one gets from the Filipinas.

In conversations with the nurses they said the management went to Cebu to employ them as they believed they get along with us better. I guess I am not the only one seeing a difference. If the Thai school system emphasized English as the Philippine schools do, perhaps things would be different. I better not get started on the school system.

But a key consideration for the Hugh Hefners of my group has to see another side. The Philippine girls are often very serious about wanting a long term relationship whereas we know the ease of exit with the Thai girls. Thais make it easier to not commit, and there is a value to that not to be overlooked.

The rich variety of food and ease of transportation gives Thailand a big advantage. Finding good food is possible in Angeles, but you have to know where. In a city of over half a million people you can find what you want, just not so readily available as Thailand, for now.

As I own a condo in Angeles and one in Pattaya, I feel grateful to have both options. If the love bug starts nibbling on me in one place, I may have to fly off to the other. Man, what a great life for me, a guy who doesn't own an automobile and could not live as I do in Thailand and the Philippines were I in the USA for less than $20k a month. I can do it here for less than a fifth of that figure, maybe because I do not drink, and I live alone.

It takes a decent pension and time to learn how to get along in foreign countries. And safety precautions. I made the decision to come over and live in South East Asia 10 years ago and do not regret it at all. We can live more here, and learn more about ourselves.

This summer I went to Angeles twice on 2-week trips and am getting my paperwork together for a permanent visa in the Philippines. I am easing into being a senior and find it easier if my expenses are less, I can speak English, and I do not feel lonely and more than I want to be alone, if you understand what I mean.

Today, I am back in Bangkok and saw the Stickman this afternoon. I have known him many years now and admire how he came here and made a way for himself to live here while still young. Now that I have buttered him up, maybe he will let this through without eight hundred words :))

It's great to see someone who is honest with himself and seeks the sort of genuine happiness that only comes from being brutally honest with yourself.

Is She Genuine Part II

Michael Jackson vs. The Jungle Bunny