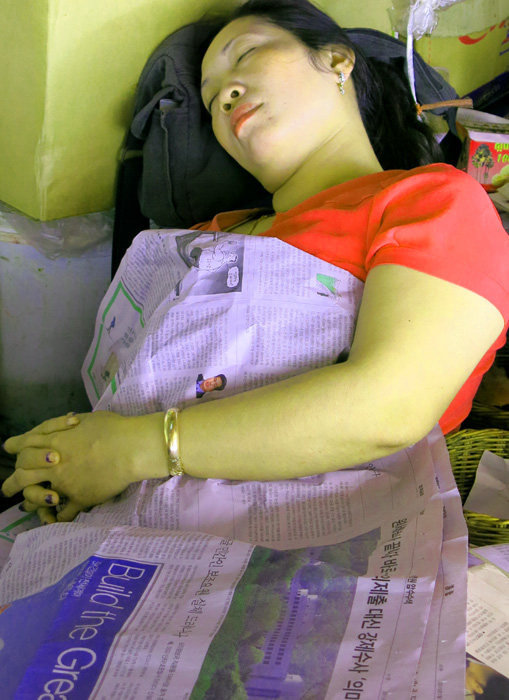 In the course of a single day, I meet and spend several hours with two Australians. They are articulate, bright, confident, and verbally aggressive. They are like so many Australians that I meet in Southeast Asia: more or less divorced from their homelands, and now and again living abroad for years at a time and seemingly without much affection for the country where they were born and with which they ultimately identify.

One is Michael and he’s of Greek parentage and seventy years old. He has a good head of salt and pepper hair, a round face with some notable moles around puffy eyes, and a belly that declares that he eats and drinks a good deal more than he should. He has a historian’s sense of world history, proudly flags himself as a Free Mason (and wants you to see his ring), and sees himself as someone who always tells what he describes as the blunt truth—and yet is unable or unwilling to concede the point that most of the time it is power that determines what is “true.” 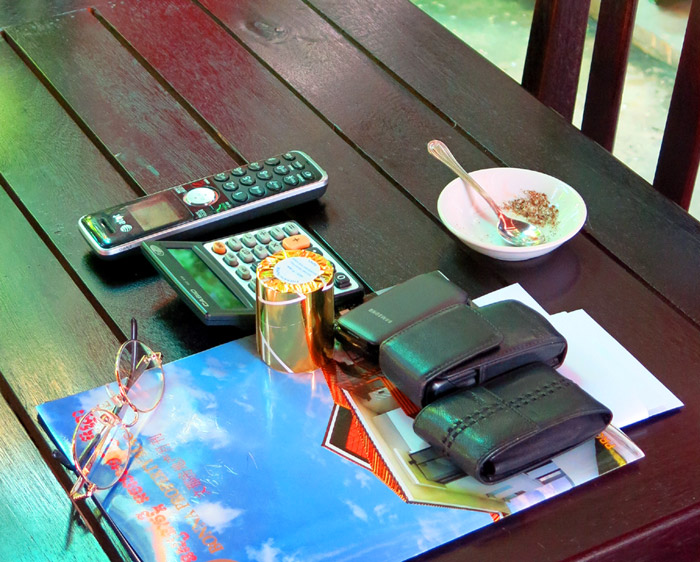 Michael was married for twenty-two years to a woman who one day told him she no longer wanted to be married to him, and then she hired the most expensive lawyer she could find. By the time the divorce was finalized, he had lost 25 million dollars—a claim that I did not find believable based on everything else I learned about him. For the past twenty-six years he has been married to a woman who is part Chinese and part Filipina and is allegedly unusually intelligent. He said that the relationship with this second wife is as strong and warm and affectionate as it was the day they got married, and if they have ever had a single fight or misunderstanding it was not something he would admit to. During our long afternoon and early evening chat over dinner, the specialness of the relationship with his wife was something that he repeatedly returned to, as if he might not be believed if he did not repeatedly make the point. 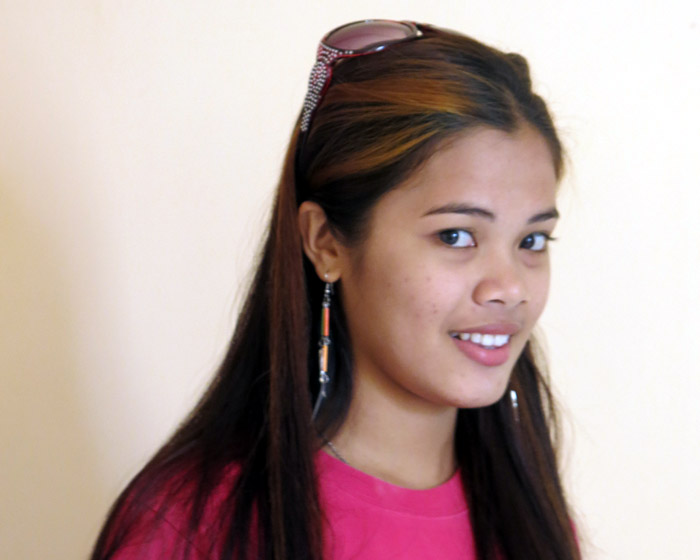 His wife, Vivian, is now forty-nine, and she spends almost all of her time at their home in Melbourne, where her passion is gardening, a unique kind of gardening in which there is little order to a semi-ordered mind—vegetables willy-nilly mixed among flowers of many kinds. She does not work, and she does not—according to Michael—know anything about how much he is worth. For the whole of their life together, he has given her a monthly allowance, enough to cover groceries and basic household needs for the bills that he does not pay, and enough to meet whatever personal expenses (clothes, jewelry, hairdressers) she may have. All of her needs must be covered with the monthly allowance she is given. Vivian, he claims, has never once in the more than two decades they have been married asked him how much he is worth, and he says he has never told her how much he makes in what he does, or divulged the sum total of his assets. Nor did he tell me what he does, which was surprising given how much else he was eager to reveal. There was the added information, that he also repeated a couple of times, that he likes living in Asia because it is cheaper than living in Australia, by some accounts now the second most expensive place in the world after Japan. For a man who claimed to have so much money, he was surprisingly cost conscious, quick to note, and again not just once, that what he so loves about Cambodia is how cheap it is. We were sitting in a quite nice restaurant and were paying fifty cents for a mug of Angkor draft beer, what would cost somewhere between six and eight dollars in Australia; and each of our meals—and not I must emphasize in a pickup Khmer eatery—was under five dollars. There was the further revealing fact that he wanted me to know that he was paying twelve dollars for a hotel room, when for double this amount he could have gotten a room with reliable in-room Wi-Fi, which he didn’t have and he said he needed, and a whole lot more. (Being this niggardly and not always a believable narrator does not, I had to remind myself in hearing Michael’s story, undercut his claim that he is a man with some sizeable bank accounts.)

Michael lives all over Asia, for seven to eight months a year. He has done so for several years, and he rarely has his wife with him. The relationship is so good that in all these years he has spent in Asia he has never—so he claims—had an Asian girlfriend in one of the many countries where he finds himself often for a couple of months at a time, not even that kind of savvy opportunistic Asian woman who will happily be your wife for two days or two weeks.

At one point, he showed me a photo of his wife that he has on his cell phone. He remarked that he thinks she looks twenty-nine rather than her actual age of forty-nine. Based on this one photo, I judged that Vivian was in her late thirties or early forties. But then one photo can be quite misleading, and I was not strapped with the firm belief that my wife of a quarter century is the closest thing to perfection, better than any man I have ever known would honestly claim for his wife or girlfriend of even a couple of months.

It was after ten in the evening, and Michael had gone off to bed, and about an hour after we parted company, and while sitting in an easy chair in the lobby of a hotel where I was not staying, I made the acquaintance of a tall and lean and handsome Aussie by the name of Ian, who has not been back to Australia in seven years. During this seven-year stretch, he has lived in Argentina, China, and New York City for four years, and is now more or less foot free in Southeast Asia, searching for a place to live for an undefined period of time. He has this kind of freedom because he makes his money by doing so-called IT work; and this means that in the kind of world we live in he can pretty much locate anywhere he desires, as long as he can get a good internet connection. 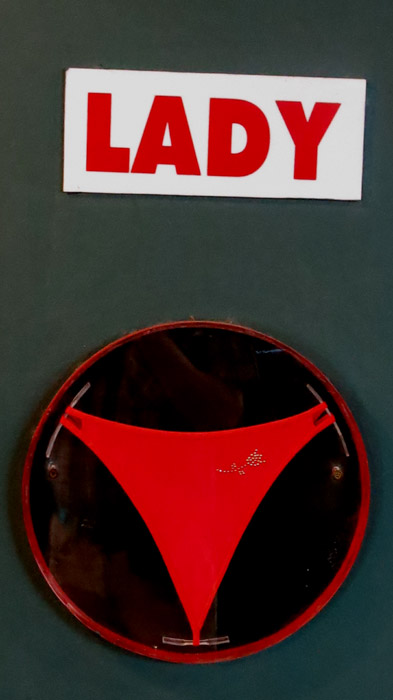 We talked at some length about his non-existent love life, one that has largely been a desert without a female of any species in sight for as long as he can remember, a few exceptions aside. He is now thirty-three. He’s never been married, and he’s never really had a long-term or even several month relationship with any woman. About as close as he gets to a breathing body who wants to dance in bed are those times when he finds himself in Europe, and particularly among Russian and Ukrainian and Latvian women: tall, curvaceous, often stunningly beautiful, and, he claims, a memorable fxxx–if you get the opportunity. He opines that the reason he’s never gotten married is that there’s something “stiff” and unwelcoming about Australian women that he cannot relate to, and he has never spent that much time in Russia or the Ukraine or Latvia; and then there is the not insignificant fact in his mind that most of his mates through the years have pretty much followed the same route he has taken, that of remaining single. One behaves as their closest mates behave, right? 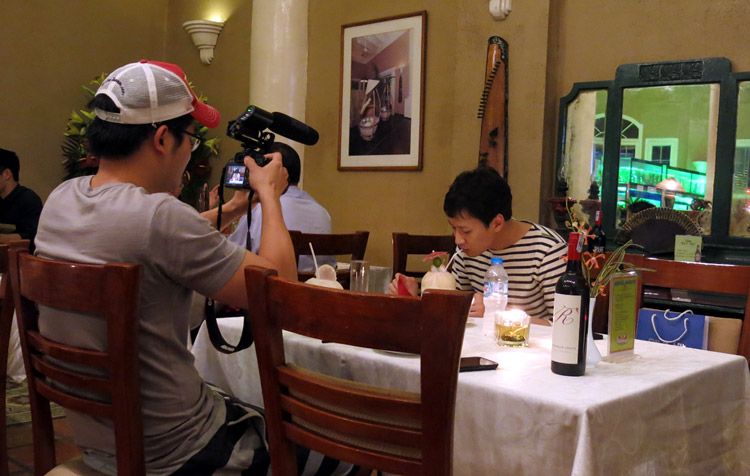 Which has taken him into the solitary world of internet pornography, that kind so easily brought up on any computer. It has become his favorite form of “getting it on with women.” He likes this way of doing it because it doesn’t cost him anything, and he can whack off at that time of the day when the urge begs to be satisfied. And get into a well-practiced ritual that he has more or less perfected and can go on—he claims–for up to four hours. Whether or not masturbating once or several times during these four-hour sessions he did not say (and being shy and unassuming, I did not ask). In all of this, he confessed to one small difficulty, and that is having to deal with pornography that shows a man fxxxing a woman, her face rarely absent from the scene. He doesn’t like to watch this arguably most common form of pornography for the simple reason that he gets jealous of the woman he is watching. He didn’t go into detail about how he gets around the problem, but I gathered he gets plenty of satisfaction out of watching other kinds of sexual play, as long as he doesn’t see much of the face of the woman who is on the bottom or on top or standing against a wall and taking whatever a male porn stud has to offer. 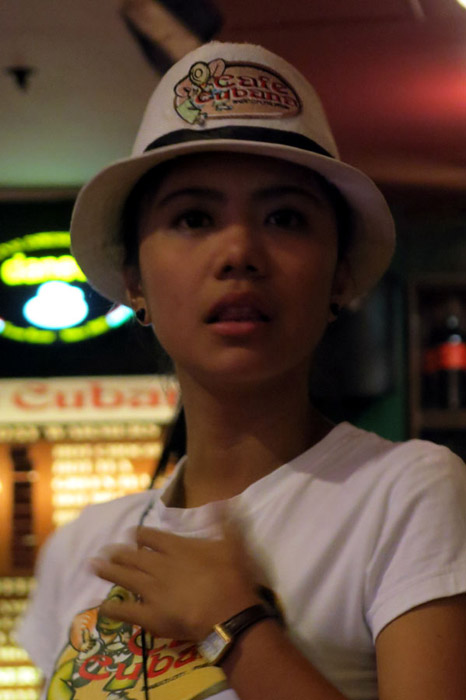 For reasons that he could not explain, Ian professed to having little or no interest in Asian women. I couldn’t tell if it was because of their size, or color, or whether once you have had a Russian or Ukrainian or Latvian woman you cannot imagine being with someone with dark skin and who is small all over and with those funny kinds of eyes that are the norm in Asia.

Perhaps not surprisingly given the need for pornographic sex, Ian has what struck me as a rather undeveloped sense of what might constitute a real relationship with a woman. On the one hand, he clearly does not want to find himself with an airhead—a woman, in his mind, who fxxxs with ease and lack of forethought. And, as all airheads go—pretty much by definition—cannot be counted on to say one or two intelligent things before or after she eagerly gets it on. 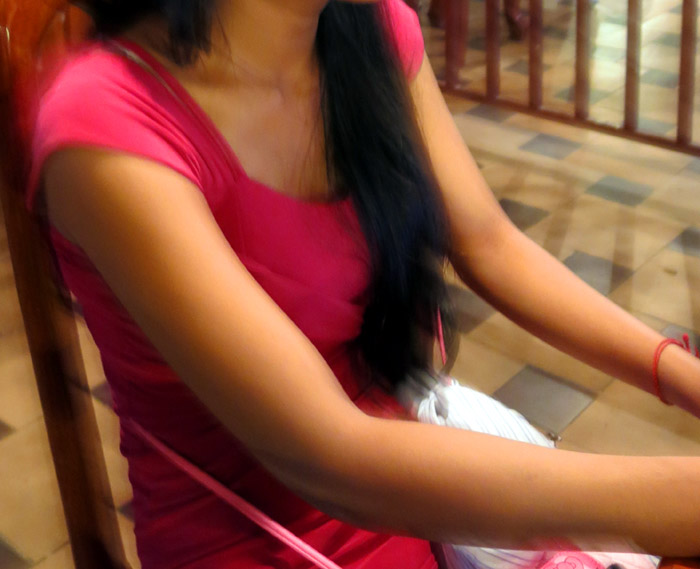 This seemed like a promising line of discussion as the hour moved on toward one in the morning and we were having a hard time finding a place that was open where we could continue drinking. But somehow, once we found a place to get more alcohol, Ian couldn’t quite decide just how intelligent a woman has to be that he wants to get in bed with, noting that if a woman is too intelligent she’s not going to be nearly as good as those Eastern European women that he can’t talk to but are a fxxx like nothing a man can imagine. Though, to be sure, not up to what he finds so satisfying in the quiet of his room and with a woman who is, in the ideal setting, headless.

I wonder how happy these guys really are? If I had to choose one word that could fit them all based on your brief outline of your interactions with them, the first word that comes to mind is "lost". That's not to say that they are not happy or not doing what they want, but it does seem that they are drifters – and drifters don't really give you the impression that they are that happy. But hey, each to their own…

In One Ear, Out The Other

One Born Every Day?