It was a regular reader/writer of this site that first alerted me to it and when I logged in, I could hardly believe it. A decade of scribbling, overcoming first a heart attack, then cancer and now, unexpectedly this “Today with this submission 367 I can hear the retirement train coming. Sweet sufferin' Jesus on a cracker it will soon be over. This will not doubt make millions happy…”

And another revelation in submission 371 “First we start with a quote and then we will all cup our hands around our ears and listen. Hear that sound? That's right: that is the sound of the retirement train coming…”

Meanwhile in another corner of the world, an unassuming German whose friends called either Benny or Joe had already tendered his resignations and that made me think of a remarkable set of consequences.

In the space of a few weeks about 417,000 employees and 1.16 billion customers, daily increased by a growth strategy which involves banning them from using contraception or being gay were left leaderless. Hard to comprehend how one man in charge of an organisation, which has a revenue of over $355 million a year and which owns 177 million hectares of land around the world, could actually say “I retire”. The first one to do so in his role since 1415. 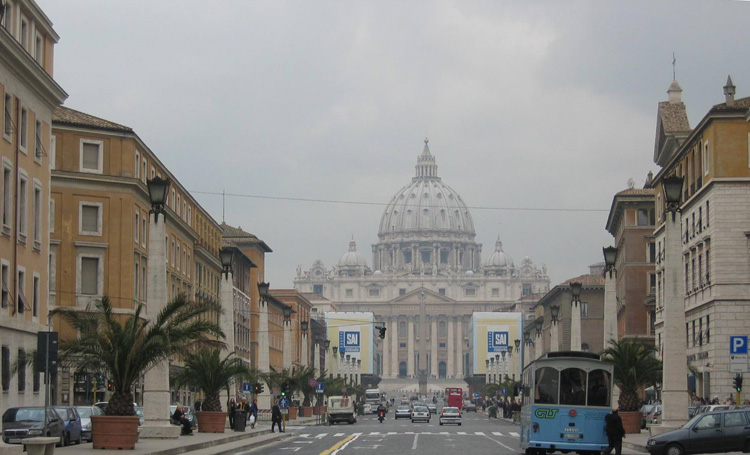 By the same token, when Dana the Anus First tweets, 35 million mindless Stickmanites, brothers and sisters of any nationality and sexual deviance (including me), hang on every ungrammatical, badly-written word that he cares to put together in his 140 character bullet. And now there is a real possibility that there may not be anymore thoughts and anecdotes on Saturday morning. The mere realisation of that proposal is absolutely preposterous. I mean what’s next? Maybe Stick selling his website to provide the necessary sin sod to marry a delightful little virgin of Isaan and move up country? Never ever! That could never happen I hear you say Brothers and Sisters, because there are no virgins in Isaan and who could argue with that?

In Nomine Domini, I can share with you that I have met some of the greatest contributors on this site but although spotting him from afar with his bright orange hair and tight black leather trousers was easy enough, getting close to Dana the Anus First was virtually impossible and it was not just down to his body guards preventing access to his presidential suite at the Raja Hotel in soi 4 off lower Sukhumvit. However, as a humble Jesuit, if I had met our Holy Fu@#er what could we have talked about? Private jets? How great he is? His elephant farms in Thailand, Colorado and Cyprus all named Chok Chang Farm one, two and three?

In case you did not know, he has a former mamasan turned stylist who does his hair every day and buys his clothes so he looks cool. His eyebrows get neatened up, he has a voice coach, a choreographer, and a personal trainer as well as a string of lady boys which he replaces with the same frequency he changes his pants. For the record, the latter occurs regularly due to some incontinence issues he has developed over the years. Every time his skin threatens a zit, it has the world's finest skin treatments directed at it. Allegedly, if you were to get close to him before any of his fans did get close to him, you would find that because he has been primped, promoted, over-produced and tweezered since he was 12 he probably possesses the kind of social skills which would make Boo, Moo, Loo and Poo curl their toes halfway up their hairless legs while their cute little bums would wiggle and their nipples would become erect in anticipation of the excitement they will be experiencing.

On the other hand, Jesuits are regarded as humble yet politically astute. We tend to eschew grandiosity and refuse to live in big palaces or five stars hotels. We do not wear gold crucifixes or red loafers and avoid limousines. We stay close to the ground and close to the poor. This leaves us remotely distant from act of debauchery although we remain mentally aware and sympathise with those lonely hearts who come to the Kingdom to find their life time angels be that for a short or long time. Although, if you were to look around, there is a lot more here to entertain the senses and it does not all reside in Nana Plaza. 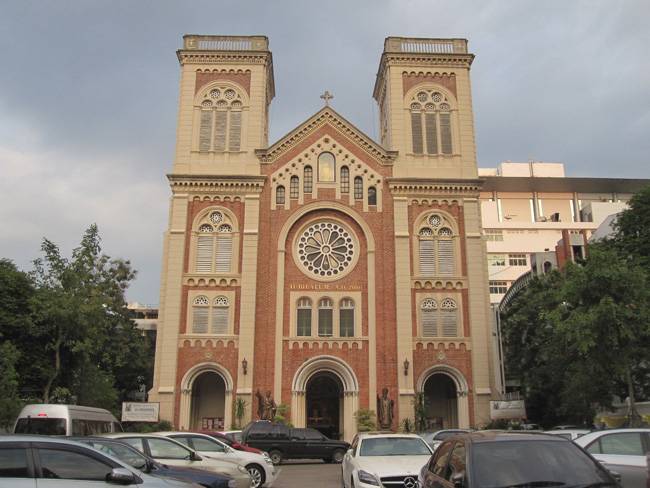 But if it is true that the regular Saturday star contributor of this site will be retiring soon and not necessarily of his own free will, may the Lord take care of his soul because apparently there are no lady boys that can take care of him where he may be going. Allegedly these days they are all moving to Nana Plaza! Last time Fa questioned him about his chances to make it to the gates of Heaven, she concluded with “It’s up to you…chai mai?” to which our Holy Fu@#er was allegedly heard to have said “Actually, it’s up to Him.” Mai bpen rai.

I was in Reykjavík, Iceland, a few weeks ago, which houses the Icelandic Phallological Museum and the world's largest display of penises and penile parts. The collection of 280 specimens from 93 species includes samples from whales seals and land mammals. Exhibits are preserved in formaldehyde and displayed in jars or are dried and hung or mounted on the museum's walls and in display cases. The largest item on display once belonged to a blue whale; the smallest, from a hamster, can only be seen with a magnifying glass. The museum claims that it has specimens from elves and trolls that cannot be seen at all since, according to Icelandic folklore, these creatures are invisible.

What intrigued me, though, was that in July 2011, the museum obtained its first human specimen from none other than Dana the Anus First but as luck would have it the preservation process did not go according to plan and the museum hopes to acquire a "younger and a bigger and better" example.

It occurs to me that the way you learn to be a good person is a childhood featuring adults who teach you that you get what you work for, who impress upon you that success comes before work only in a dictionary, and constantly remind you to say your please and thank yous and that acting like an arse#@le will, at some point, wind up with you being treated like one.

But all this is in vain because no matter how hard we try, the way to learn to be holy like Dana the Anus First is virtually impossible. You cannot even begin to comprehend a nano particle of what goes on in his brain unless you have seen the great little genius playing connect four in one of the zillions of Pattaya’s bar in the early afternoon after he has turned up with two roast chickens, which he miraculously multiplies to feed his Isaan born tanned little creatures and the various mamasans of this world. Urban legend even tells that on one occasion, as the sun pulled the curtains on another hot tropical day, he was reportedly seen walking on water off Beach road. Trust me, there is no limit to what he can do.

While in action, a woman tapping at a laptop throws him a clipboard without glancing in his direction. "Sign there," she says, pointing at a form. It is a fax from the nearby Hilton hotel confirming the catering details for the 115 strong college of senior readers/writers who will soon gather at the Edge restaurant and which for one day will not accept Russians unless they have contributed no less than 20 submissions to this site. A virtually impossibility for our Ruski friends if I may add as they are far too busy having a life and building their own Orthodox church there.

It will be there, from the terrace overlooking Pattaya’s bay that the faithful will vote for their apostolic successor, not an easy choice under the circumstances as so many have tried to match the great Dana the Anus First but no one has come even remotely near to his brilliance. He is just that good, period!

After everyone has turned up and taken the oath, Stick will perform the liturgical celebration and standing by the tall glass patio doors he will declare “Extra omnes!” and close the doors.

I hope you appreciate that I cannot divulge anything else as I would not wish to find myself in breach of confidentiality and risk excommunication from this valuable fraternity but you are welcome to email Stick making sure you type “Holy Fu@#er” in the subject header and that will get his attention. All I can tell you is that you may wish to keep your eyes on those smoke signals over Nana Plaza. A dark smoke will mean that the ballot did not produce an erection while white smoke will reveal that a successor has been found. A short while after, Stick will come to the terrace and proclaim to the crowds assembled below “Annuntio Vobis Gaudium Magnum Habemus Papam…qui sibi nomen imposuit…” Hmm, that’s a thought. What will our new Holy Fu@#er be called?

I can be contacted for feedback on Monday evenings, excluding Bank Holidays. Revelations can be submitted to me during nights of full moon while confessionals are on the last Friday of every month except Good Fridays. Lady boys get special audiences of course as they need more tender loving counselling. The rest of the time I am engaged with life. Enjoy yours.

Dana doesn't seem to realise that his retirement request form has not been signed off by the panel and one of those people on the panel is Korski. And the highlight of Korski's week is reading Dana on Saturday before he glances over some rag called the New York Times. For Korski, a Saturday morning without Dana would be like a morning without coffee for the rest of us. Korski is not going to sign the retirement request form…so Dana isn't going anywhere.

A Panoply of Points