One could almost say “You can't get there from here”, but that would not be correct as I did arrive here. The trip was tedious to say the least. A 25-hour plane ride from my mid-western, USA, city to Manila, a 12-hour wait to catch a local 1½ hour flight, to Tacloban, and then a 2-hour bus ride to Catbalogan. So you can get here, it just takes grit and determination. Catbalogan is not a tourist destination, although it could be. Located in Western Samar, Philippines, the city is in a mountainous valley with a Western border of Maqueda Bay. The state capitol of Western Samar lists a population of just under 100,000. The local population is predominately Filipino, with less than 12 (estimate) or so Westerners. I have seen 5 and spoken to 2 in the month I have been here. I think for most Westerners Catbalogan is off the map.

Maqueda Bay is a shipping and commercial fishing port in Western Samar. It is part of the South China Sea and contains many small islands. Some of these islands are inhabited with small numbers of homes. One long island, as well as some of the smaller islands act as a typhoon buffer from the South China Sea. Hence, no real nasty weather like much of the Philippines endures. The bay has some remarkable views that include some of the islands. When I arrived I stayed at the Maqueda Bay Hotel from where these photos were taken. Reportedly, the best hotel in town, maybe so, but I was not impressed. At about $26 per night it is certainly cheap, but if is the best I would not like to see the worst. 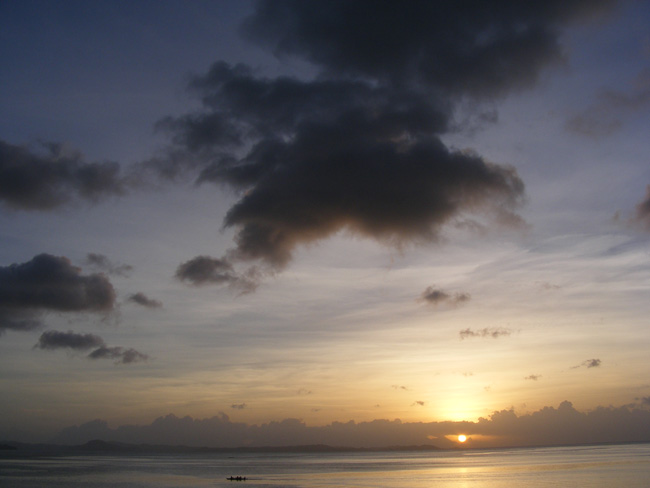 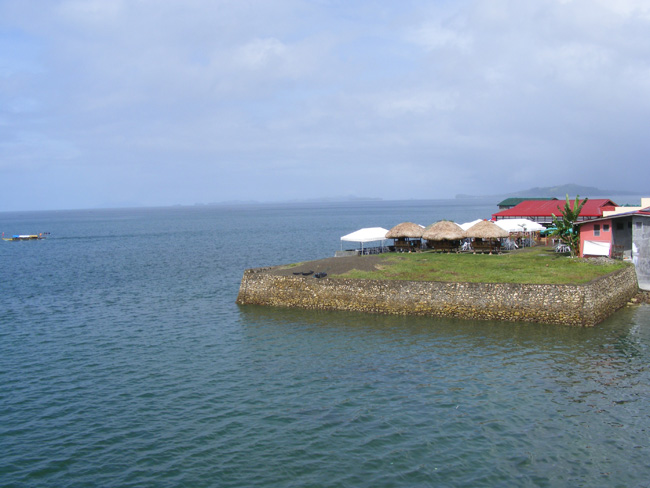 A Western man here is something the locals don't see much, and like Thailand in days past we get a huge amount of respect, whether deserved or not. Many in Catbalogan speak acceptable to near perfect English. Some however, speak no English at all. English is taught in all the schools so it may be some are more serious about their studies and some just get by. It is not difficult at all to have an intelligent conversation with a local. I find that most everywhere I go people are curious about me, and want to engage me in conversation. The English speaking Filipinos here can vary in age, social status, and gender. I have had conversations in English with a 10 year old girl and a 70 year old man. It is hard to really describe the status I have here, and at times it is baffling. As a retiree I have had a moderately successful life so this is quite unlike anything I have ever experienced. As my girlfriend who has lived here her entire life put it, “you are a superstar”. 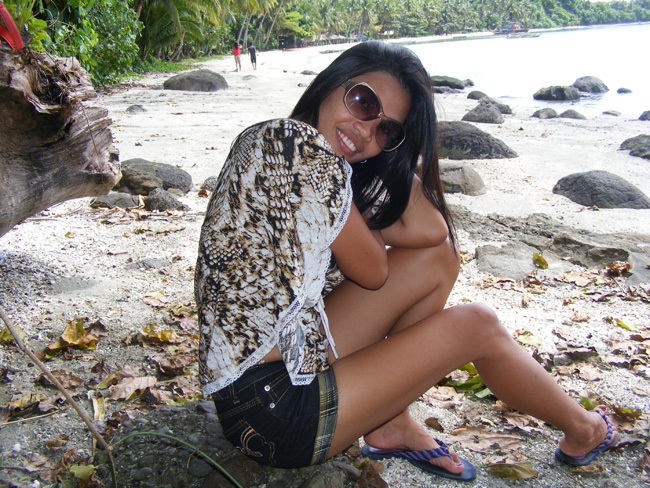 Superstar or not, settling in here has been a real adjustment. I have heard the term “going native” used for a man that settles in a Thai village and I can say for certain my experience is not quite like that. For me its been a trade off for the simple lifestyle I have been craving for some time. I simply cannot get what I have here in the US. A willingness to compromise is a definite requirement to live here. That said, it hasn't been too difficult to make the lifestyle changes I have needed.

The first challenge was to find an apartment. In the US this is a fairly painless effort unless one is very picky, but not here. There are no real estate companies, no advertising, not even a list of properties for rent. The only way to locate housing is to drive around and look for signs. Also, word of mouth goes a long way here and others everywhere are extremely helpful. It took about 2 weeks to locate suitable quarters. One apartment in particular I looked at was fairly modern and well maintained but had student dorm rooms upstairs. Well, I thought no problem until I discovered the only access to the student rooms was a stairway through the apartment's living room. Imagine that!

I had brought some special coffee from the US at the request of my girlfriend. It was the whole bean variety so I ground it just before I left to facilitate the process. Now the only thing to do was purchase a coffee maker. When I finally located one at a downtown store I agreed to buy it. They insisted on testing it first to make sure it worked properly, as they do with everything you buy here. The sales girl put water in it and waited for the expected drip that would brew the coffee. Well, she had poured the water directly into the coffee container rather than the reservoir that heats the water. I had to show them how it worked. Now I had great coffee, at least until the stock I brought from the US was depleted. Now, I cannot find any sort of ground coffee as it seems the locals only use instant coffee. I am adjusting to it and if it is that important to me I can always order from the US. Another purchase I needed to make was a toaster for morning breakfast. My girlfriend and I toured many stores in our town but were not able to find anything for sale. A trip to the much larger city of Tacloban presented a small selection and the purchase was made.

Service here is nothing short of remarkable with a few notable exceptions. In our new apartment we needed really everything, which included appliances like an air-conditioner, fridge, etc. The sales staff at the store we shopped at were really remarkable, honest, and provided quick delivery. As usual everything was unpacked and checked to make sure it worked. I ordered a large, custom-size mirror from a glass company. It was cut, finished and installed the same day. The price, about $20! When I got my last haircut the barber carefully trimmed my hair taking time to check and re-check his work. He then carefully ran a straight razor around my ears to give the cut a finished look. I got the best haircut that I can remember for about $1.25. Yes, you did read that right, $1.25!

The notable exception was our internet service provider. It is a DSL service that comes with a land line telephone (not needed but part of the package). After the installation the internet speed was a lot like the old dialup connections and not near the speed they promised. After 4 service calls I went to the office and gave them one week to fix the speed or I wanted a refund of the installation fee. Whether or not I would actually get a refund is another matter. Five days later a technician arrived with a new modem. That worked and we now have fairly fast internet. What is surprising to me is this service is by comparison rather expensive at about $62 a month. It is about what I paid for faster service in the US. Compared to the haircut, well it just doesn't add up. However, in Catbalogan this service is the ONLY option. The reportedly superior competitor has no service available to my home.

There is much to do and see in Catbologan. Like Buri beach where the scenery is as lovely as one could hope for.

Buri beach is really another story. If I have enough interest in this post I will offer more on Catbalogan. While I realize the city is not for everyone there is much to offer here. Any and all feed back is wanted and welcome.

It looks like you have found a piece of paradise. Amazing that so few foreigners reside there.

Advice on Winning Over a Freelance Escort - My Answer