My Thai wife and I just reached our 6-year anniversary and things are still going good. I have written good wife stories in the past but will summarize some of the history.

I met my wife through Heart of Asia, an online Thai dating site. At the time it showed that she did not speak English and had three kids. As she did not have computer access I had to send emails to a friend of hers who translated them and called her on the phone.

Despite this, I decided to take a vacation to Thailand. I enjoy the thrill of going to new places having been to Philippines, Taiwan, South Korea and Japan. So I thought if it did not work out I was sure from reading websites that I could find something (or someone) to occupy my time.

My first visit was totally chaperoned and I found her to be an old fashioned lady with who just touching hands when out of public sight was the best I was going to get. But I was seeking a wife at this point and knew if I wanted sex it was just a few thousand baht away. We spent the trip seeing temple after temple, water markets and eating. We used a hand translator and her friend to communicate.

Her story was that she was from an Isaan family of 11 or so, hard to count when they keep moving around. She stopped school at age 13 to go to the South to help care for an older sister's children. Cash money was not known in the family and she told me that when she planted rice, her father had to replant it. Her ex-husband was not a drunk, did not beat her and gave her money for the children. But he had left and married someone of a higher social standing. She referred to him as a good father, but not a good husband. No more was said. 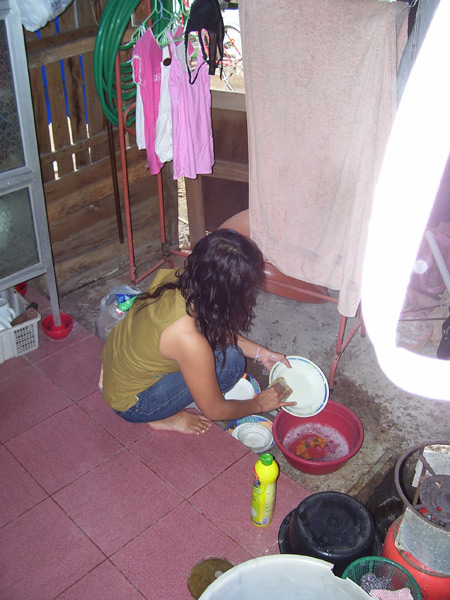 After 3 trips we decided to get married and for her to come to the US. A few things that sold me on her was her sweetness and her apparent lack of game playing with me. She was not such an up to you type person. She directed many things in a simple way in a manner expressing concern for me. When with her family I found myself only paying about half the time. She did not try and smother me or go crazy about if I had anyone else in my life.

Our wedding was simple; we discussed sin sod and was even understanding that it was not required of me as she had three children. I think I gave 60,000 baht for father and three gold items a bracelet, necklace and a ring for my wife to keep. I expressed that I was showing my expression that I felt that my wife was of value to me.

In the US, I had made friends with every Thai person I could find in my smaller community. I located several larger Asian stores for her to shop at. It was also helpful that the children’s English was better and they were able to go straight into school here. It was sometime before she ever said she loved me and still today she only says it at special times and with meaning.

My wife was the typical Thai in the US. She cooked and then cooked more. She cleaned and ironed everything for me. One time I did make a mistake and questioned why she ironed my t-shirts. I don't think she has ironed anything for me since. I learned from that mistake.

Jumping ahead 6 years and my wife has learned to drive and has a US driver's licenses. Her English has advanced where I only occasionally have to explain some words.

Last year my wife found herself a job in a Thai food place and this year alone she has saved up over ten thousand dollars. Financially, even with three kids, she has been great. Her money goes into the bank and she does not send large sums to family. I am not sure they even know that she is working.

Does it mean that we don’t have to feed the proverbial Isaan buffalo? No. Three years ago for Xmas I gave my wife $150 a month for her to send to her father (her mother had passed away). About a year and a half ago we raised it to $250 (7,500 baht) a month as one of her sisters was now at home helping to care for the father. During rice planting season we help to pay for the seed, the family then provides the labor to plant it and father gets to watch it grow.

When my wife goes to Thailand to visit her father about every three years, we plan for her do something larger for him. The last visit she constructed a room on the ground floor for him as it was getting too much for him to climb the long set of stairs. She also normally takes him to see the doctor and other general maintenance care items while she is there. 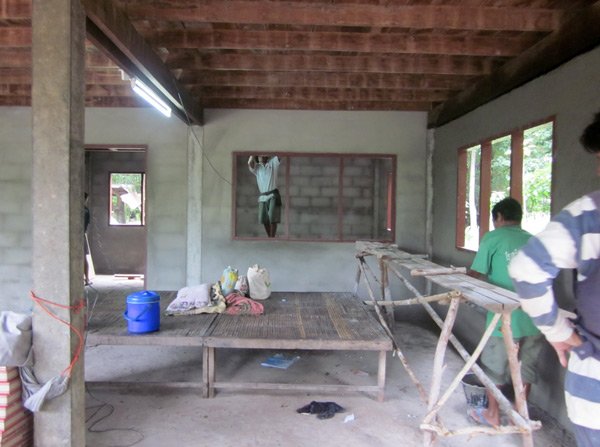 Back at home she is just as affectionate as when I carried her into my home. She still comes over and curls into my lap like a kitten. She has remained simple and sweet in the ways she treats me. When we go shopping at the mall, I let her go on her own while I read a book and eat caramel corn. She will come back to check on me and see if I need any lunch.

If anyone is waiting for the BUT to this entry, I don’t have one. No marriage is perfect, but I am old enough to know that there is no sense arguing about the little stuff. I don’t have to win and I don’t need to have her admit I was right.

I have been reading Stickman for 7 years now, and I am still amazed at how people continue to fall for bargirls and believe that theirs is different. They find them lying to them, demanding money, playing games, having other men in their life but they then go onto being in total delusion on what is right in front of them. I have never felt the need to check my wife’s phone, emails or conversations. She sits with me and talks to the children’s father from time to time. If you have to check, then maybe they are not with the right one.

For those looking for a good Thai wife, they are out there. But you need to remember you are part of what is needed to make it a good marriage. Of course maybe I was just lucky this time. 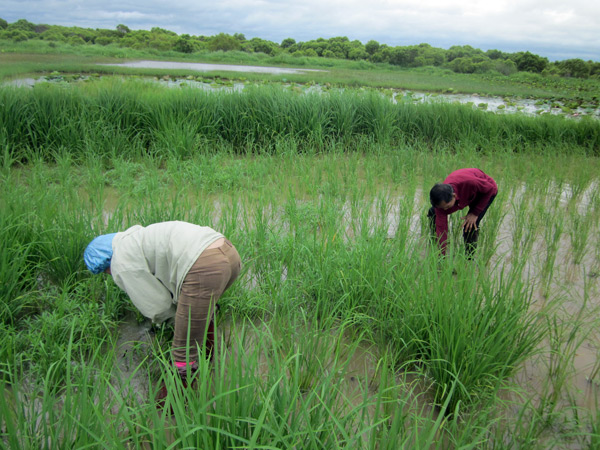 
Very nice and some good common sense spoken. I liked it that your wife was frank and said that as a mother it was not necessary for you to pay a dowry, and I also like the way you acknowledge that for a marriage to work, a guy has to look at himself and do the right things for his wife too.

As Good As It Gets

A Land of Hypocrites