Just spent a month in the USA, Las Vegas in particular. It helps me to make a trip about every year or so to get a reframe of my picture of life here in Thailand.

As a sixty-six year old who spent fifty years in America, it is a considerable benefit to being able to find things easy and a pleasure to not have to negotiate for nearly everything from pleasure to healthcare. Without an automobile,
I wonder how anyone could exist there as the auto industry still has its share of everyone's dollar and you are usually isolated without them as things are so spacious and far apart.

It is the male / female thing that is most isolating there and it seems to be getting worse. If women feel comfortable outweighing the men, I have no beef with that, if you will. But, it is the shaming and trying to put men on the defensive
that just seems to go on and on even worse than when I left in 2002. I even asked a few who showed their attitudes while selling me things in stores what useful purpose is there to attacking men. Is this a war? Then, of course, they just glare
as if I am expected to crumble in shame. I informed one lady that it is pointless trying to make men march to a false political correctness drum; men will just shut up and resent all the financial slings and arrows they have suffered from
women. I said, "Look at me, Miss, I am 66 and the paint is dry on me. I have done you no harm and refuse to celebrate your victimhood as it is not real." Now, I am probably forced to surrender any presidential ambitions I may have
had. Ha, just thinking of how much fun the media would have with my Pattaya times makes me smile. I have never spent a night in jail, have absolutely zero debt, have not had a drink in 27 years, and enjoy a wide variety of friends. But the
women would go nuts! Hahaha.

The guys hang out with the guys and plan their vacations to come over here and be men for a week or two. Since divorces are so brutal back home, most men I knew just stay away from women there and bide their time till they can come here.
It seems so sad and I can see room for analytical debate about how that historically fantastic country got into the shape it is in now. Men there are envious that I can live in a third world country and it makes me sad that folks are so alienated
and isolated. If I want to talk to pals here, I just walk to the mall. There you have to make an appointment and meet at a restaurant. All the fellows I knew there are successful and not drunks or abusive people, yet they lead isolated lives.

With the economy which the government says is recovering, condo prices in Las Vegas are lower than Pattaya and living is never as noisy as Thailand, but why be there if your social life is zero, you and your TV, and a few meals with your
buddies.

We get quite bit of debate here at Stick's site about feminism. The reality I see is brutal divorces and animosity over a lot bigger money than our wonderful brown girls here in Pattaya. These laws of nature between men and women
seem more real to me here and I am in no mood to complain about Thai girls 40 years my junior here for the foreseeable future.

The fabulous Randy Newman sang a song years ago in America and the video had an old, fat, bald guy standing by his red convertible. Car and three buxom blondes. The song was called "It's money that matters in the USA".
Here it is, a big bargain and we can adjust!

The guys back home have fantastic TV though, really engaging television programming <Ah, good to hear you get British TV in the USA now – Stick> much more interesting than channel 7 could ever be for me
and we can get all of it here in copies. If not through cablevision, there is always TukCom for any of the fabulous series that are abundant back there. For folks to lay on the couch and eat cookies.

Right now it feels great to be back. Regarding TV, many of us download some of that great American TV programming for free or even pay Apple for current weekly shows like Sons of Anarchy, or Breaking Bad. As the USA is a rather lonely
place outside of work, shows like those two and more really engage us old boys who aren't real thrilled about the phooey baloney bar scene. Boardwalk Empire, Dexter, and many other series can be bought at the IT stores. 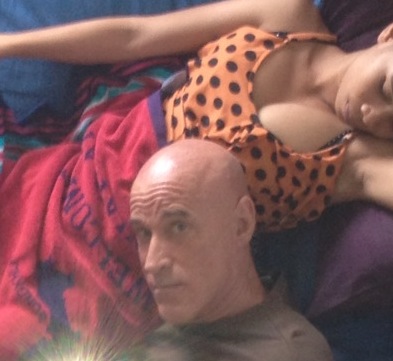 There are so many young women here that it does not take many visits out to get a few pros one can rotate or play to whatever depth wants, so to speak.

Exact duplicates of some of the ladies who have walked into my condo are entirely unavailable to me in America at pretty much any cost. Some are decent humans and some are sure rats. After a while we get a pretty good idea of what they
are up to and deal with it or not. While I still have a sex drive and want human warmth, this would be the place.

That you're happy where you are is what counts.

An Endless Parade Of Surprises Which Really Should Not Surprise