Have you noticed a certain change in the Thai P4P dynamic lately? Do things just not seem to be as fun as they used to be? Those who spend time on this site will have heard rumors about bad attitudes, expensive short times, rising lady drink costs, weak foreign currencies, and a general decline in the foreign tourist experience.

I've read some speculation about what is happening but most of it seems to miss the fundamental quantitative change that is happening in Thailand. The sad fact, or sad for sixty year old Western males at any rate, is that Thailand is undergoing rapid demographic and economic transitions which threaten to lift a significant a significant portion of its population out of destitution and at the same time radically decrease the number of available 18 – 29 year old females. A country needs two things if it is to have a healthy bargirl industry, namely poverty and young women, and it looks like Thailand is about to run out of both. 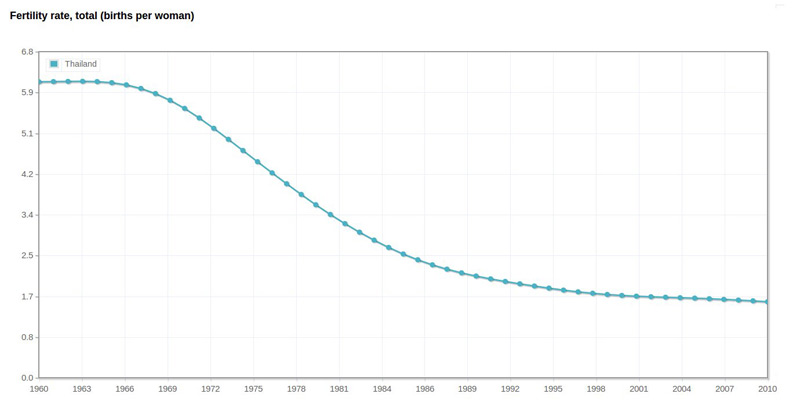 1980's Thailand was full of young girls in need of employment and relatively free of older Thai men to marry them. This meant that the bars had less trouble recruiting and could afford to be more picky with regards to the girls' appearance, attitudes, wages, etc. Now, in 2012, the girls are fewer and the eligible Thai bachelors more numerous. Outrageous though the average Western stud may find it, many women prefer men who speak their language and understand their customs. The problem can thus be described as one of increased competition. It is a problem that due to Thailand's demographic realities is only going to get worse.

To get an impression of just how much worse we can look at the population pyramids for Thailand. 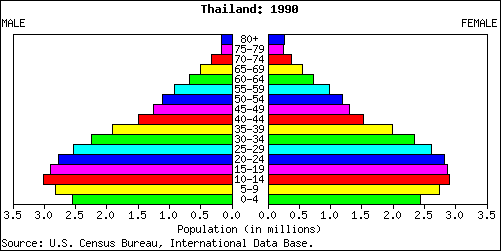 In 1990 the largest population group was 10-14 year-olds. 20-29 year olds were pretty numerous too. The number of bargirl-stealing Thai men in the 30-44 year old demographic was significant but less than in the younger age groups. Younger
women outnumbered older men by a good 20%. 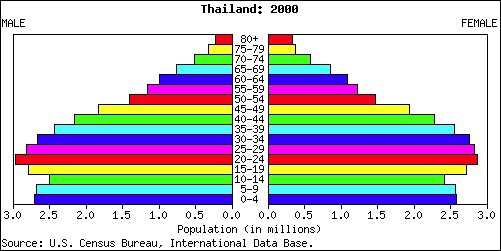 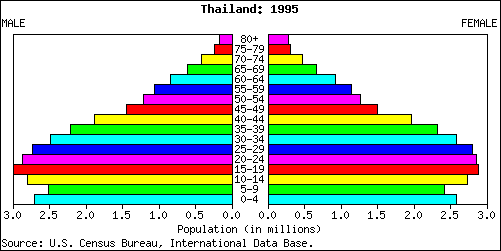 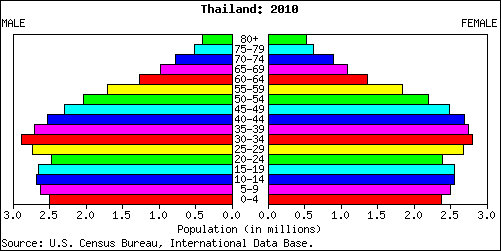 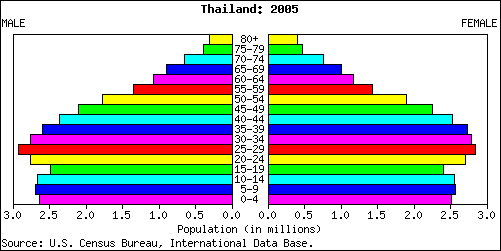 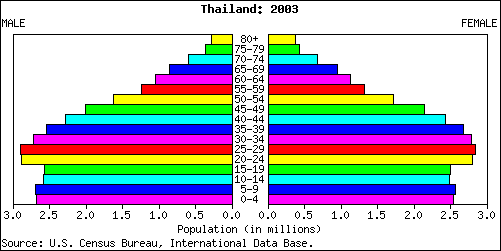 In 2010 the young girls of 1990 have become women in their 30's, and hence not as appealing. There are more older women than young women. Even worse, women in the 20-24 year old demographic are outnumbered by both 25-29 and 30-34 year
old men. This is a disaster! No wonder the bargirls are getting fat, bars are being forced to scrape the bottom of the barrel. 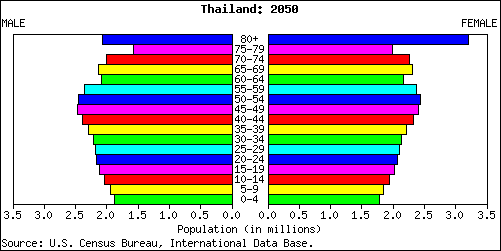 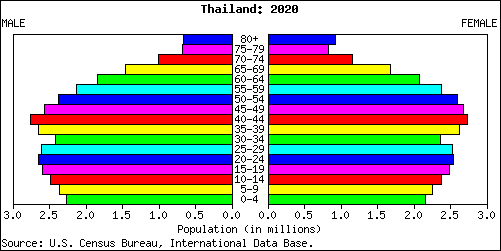 The situation in future years appears to get worse, though not by so much. Expect more attitude, more lady drinks, higher fees, and fewer svelte cuties in 2020.

If the preceding news bothered you, you will probably not like what comes next.

One of the reasons why bargirls in Thailand have traditionally been affordable is because the opportunity cost of spending time with horny men was low. Each Thai young lady must at some point in her life make a decision: do I work in the bars or get an honest job? The alternative to working in the bars is working as a secretary, or a factory worker, or a cleaning lady. Economists call the mainstream economy wages that a Thai bargirl gives up by working at a bar her opportunity cost. When Thailand was a poor country with a US$1,000 per capita income, giving up a secretary's wage was no great sacrifice, hence it didn't cost much to persuade a girl to spend her time with handsome men in Bangkok's nightlife. But once Thailand becomes a middle income country with a per capita GDP pushing US$10,000 it costs a lot more to entice an honest lady to wickedness. Her opportunity cost is higher, hence she will demand higher short-time fees or tell suitors to go pound sand. 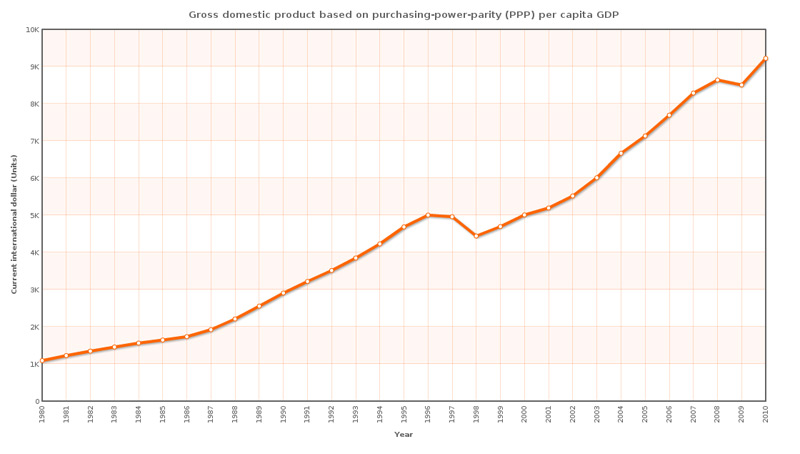 The above graph is terrifying evidence of Thai bargirls' growing bargaining power. It shows per capita GDP growth, that is, the growth in the amount of economic activity generated in a year on average by a single Thai person. Think of
it as the bargirls' honest sister's salary growing over time. In 1980 you'd have to be a sucker to get an honest job. In 2010, not so much. You can count on this trend continuing since it's happening all over Asia. It's
happening in China, and Korea, and Vietnam. American and European companies are making a killing selling factories-in-a-box to eager Asian buyers who then turn around and use them to produce cheap DVD players and bargain-rate rubber duckies. Modern
technology is producing advanced manufacturing machinery so simple to run that a monkey could do it, and the overall effect is that anyone who wants a prosperous economy can buy one. The Thais want one, and they'll get one. This will naturally
put a squeeze on both the tourist sector and the "tourist" sector.

Please don't get me wrong. I'm not judging. I don't think that fat old men chasing underage farm girls is really any of my business. But I do want you to know that it's going to get a lot more expensive. Anyone who complains
about how the bars have gone to hell, how you can't afford it anymore, and how it's just not fair would do well remember that every transaction has two sides and that there's no reason why you have to be a buyer. What with the increasing
wages, difficulty in recruiting, and generally relaxed physical standards in the nightlife industry perhaps there is a future for farang men in Thailand other than teaching English.

I hear the bars are hiring. Can you dance?


The industry is changing in such a way that it may soon no longer be enjoyable for men to participate in for exactly the reasons you outline.

Of course some will be disappointed but for those who genuinely hope to see Thailand develop and Thai people enjoy a higher standard of living, surely fewer women entering the industry is a good thing.

About Nok, My First Thai Girlfriend