Street Gang to Almighty, Bring in the Airstrike


A recurring item that comes up on the Stickman website is how things in Thailand are not like they used to be. It is hard to compare the past with the present. There will always be things better from the old days, but there is plenty of good in the present.
If one wants to make comparisons, they should judge with other places in the present.

I have been fortunate to see old Thailand and what it has become. Thailand is still a great place, but the changes that were occurring drove me to Cambodia where I have been able to hang on to a little of the past, but Street Gang to Almighty…Bring
in the Airstrike.

I feel like I am one of that lucky miniscule percentile that has been able to carve out a niche in South East Asia. I took over California 2 Guesthouse in 2001 from a Khmer American woman who came back to set up a business during UNTAC. She
wanted to be back in Long Beach and I wanted to be over here. Unlike Thailand, no key money. I gave her six months rent up front and took over her business. It was an up hill battle as I got in before Lonely Planet said Cambodia was safe. I took
over my lease as planes were flying into the World Trade Center in New York. Cambodia was good during those times. Very few foreigners and plenty of action. Martini, Sharky, KM 11, Fish Bowls, Karaokes, Chouk Tep and a few shanty brothel areas
in various neighborhoods. Really a punters' paradise.

Lonely Planet deemed the country safe in October 2002 and people began coming. There were a couple of reprieves with the Thai riots and the SARS epidemic in 2003 that kept people away, but after that the country has been going through an
exponential transformation. Having been established, my business has survived and I have had the opportunity to witness the good times try to reinvent themselves. For better or worse.

Fast forward to 2012. Hipsters, backpackers, couples, Khmer nouvo riche, Nigerians, wannabe bikers with vest, katoeys, and the Pattayatization in the heart of the city. None of this existed up until about 2005. It’s enough to make
anyone who has their roots in the past want to put a bullet in their mouth.

Hostess bars have sprung up all over the city replacing the facades of karaokes. Fish bowls dried up and the ones that still exist are frightened of foreigners. The Boeng Kak Lake has been filled in and the roaches from the once popular backpacker
area have moved into the city. Sharky Bar has gone to a live music format and is attracting more white women and NGO types. Chouk Tep, a strip of brothels / take out on Monireth, along the way to the old Martini's, has been replaced with
wedding halls. Martini’s seems to be dying a slow death. With Pontoon disco opening up near the Heart of Darkness, the window of opportunity has been narrowed from 9 PM to midnight, when all the talent moves towards Pontoon and the Heart
of Darkness and the rapidly changing Golden Sorya Mall. Since Pontoon relocated to the neighborhood, the Street 51 area has become the new magnet where the party continues into the wee hours of the morning.

Slaughterhouse 5 style, let's jump back in time. I used to follow Bernard Trink, then Stickman came on to the scene. Stickman took it beyond the next level. He expanded the hub of information in a variety of aspects of the Thailand scene.
Millions have had their learning curves cut by the information he has made available. It is quite a feat to come up with a story each week, toil through emails, readers' submissions and beat the streets getting great photos to go along with
the content. With all that was on his plate, it’s any wonder that I was fortunate to meet him and have him come to Cambodia to reevaluate the place. I admired his photos and shared the same interest, but because of him, I was able to elevate
the quality of my photography 1000%. As result I have been able to photo document much of the Phnom Penh night scene and the changes taking place. More importantly I have made a good friend in the region, opened more lines of the network in South-East
Asia which in the long run will benefit more people.

I have included a handful of photos with a short synopsis. Ironically some are not quality shots. 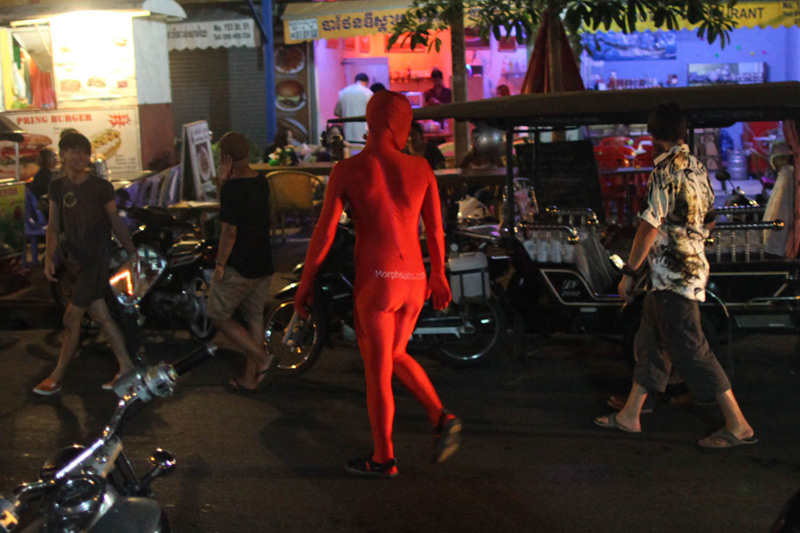 WTF? Western idiocy at its finest. A guy in a red suit makes a spectacle of himself walking down Street 51 between the Heart of Darkness and Pontoon Night Club. 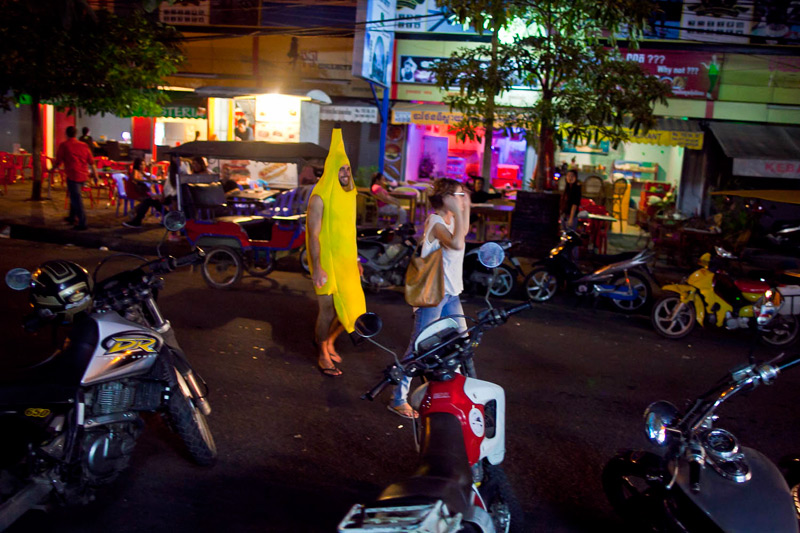 What is it that makes this kind of silly behavior contagious. This didn’t exist 5 years ago. 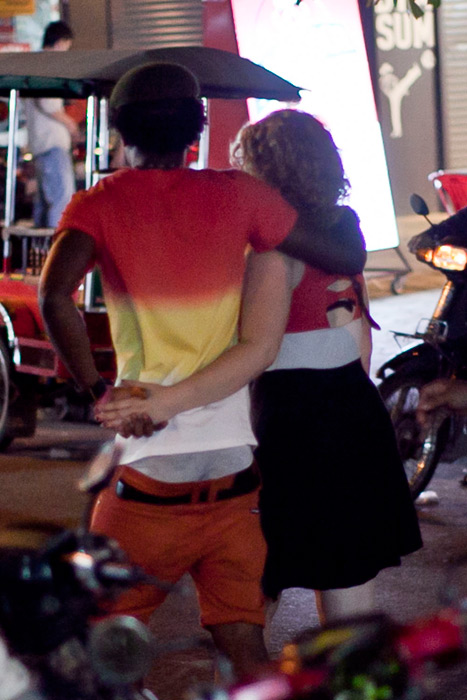 A Nigerian Walmart transplant with his tourist “trophy”. 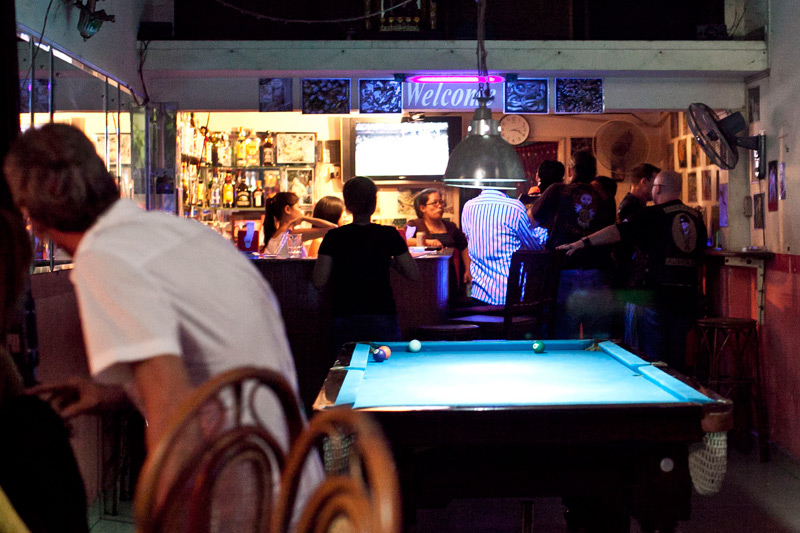 Wannabe motorcycle gangs. There are plenty of women in South-East Asia that the levels of testosterone should never be elevated. The head of a “gang” here thought that some guy was sleeping with his girlfriend. Instead of dealing with it
on his own, he gets a bunch of cronies to try to solve his dirty work for him. They parade into a bar looking for the guy, disrupt the business of the bar and resolve nothing. If your old lady is fooling around on you, go after the girl and not
the guy. It takes two to tango and if your old lady is out looking elsewhere, maybe you’re not filling her needs. Move on. 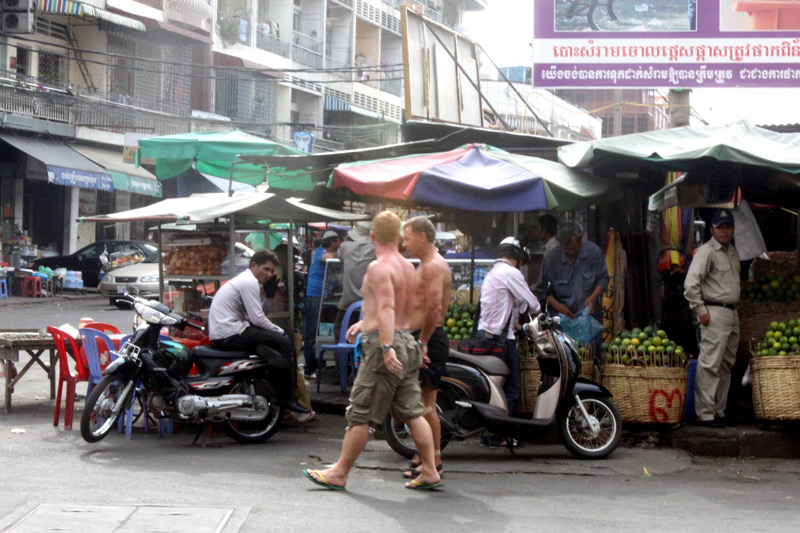 In Phnom Penh we label this Pattaya trash, but by any standard it’s trailer park trash that has no business walking down any street in a major city looking like this. Another sign of the times. 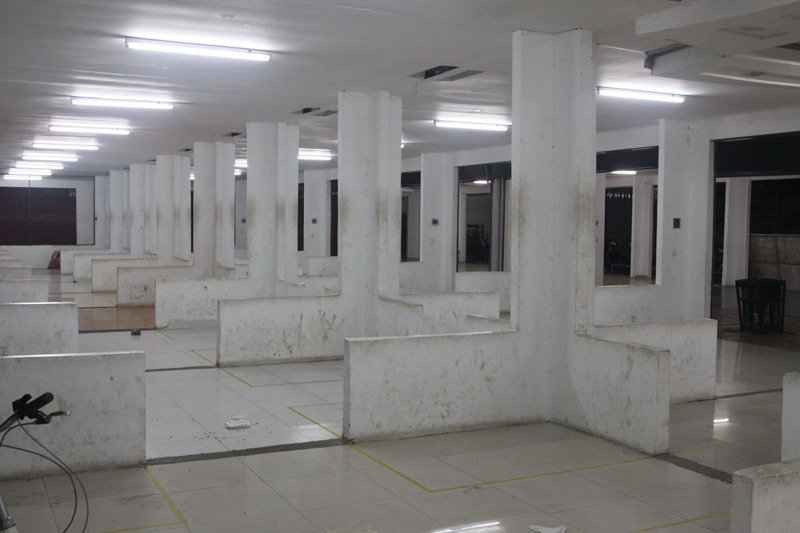 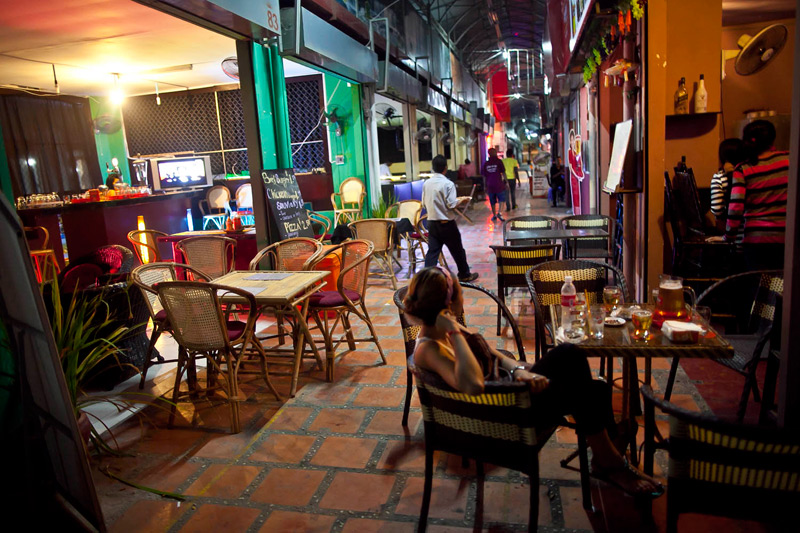 Transformed stalls hoping to get customers with various gimmicks such as allowing customers to select YouTUBE videos to stream. With more stalls, the quality of bars is going down hill. Golden Sorya Mall is becoming an unpleasant noise pit where neighboring
bars try to out do each other. 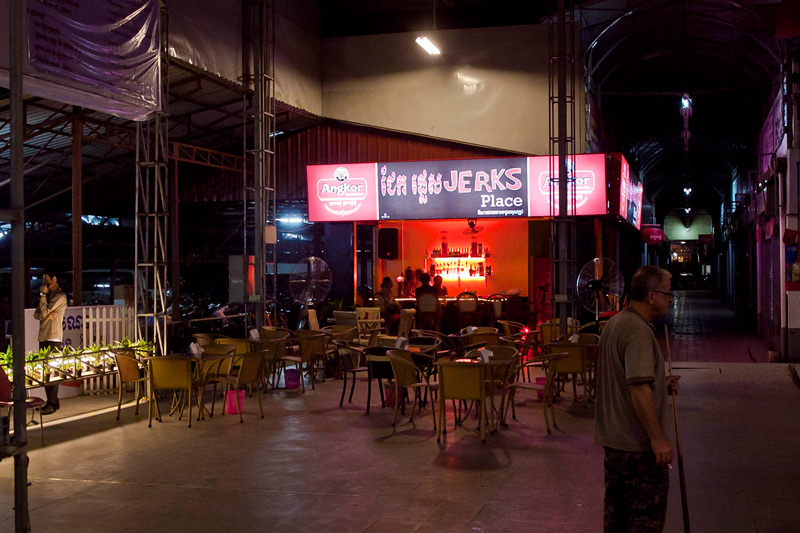 Was Jack's Place, but a little photo shop calling a spade a spade. This place is run by (excuse the term) Eurotrash that has been in the country for a while. He has been loud and obnoxious in various other bars, and now he is aspiring to be Pattaya
trash with the opening of another loud and annoying bar in Golden Sorya Mall. Soon to open next door is Golden Sorya Beer Garden. The mall will soon see the flipping of beer bars. Any one aspiring to get in on the ground floor, be careful of the
fine print. Also consider the abundance of choices and lack of customers. On a positive note, dollar beers due to the competition. 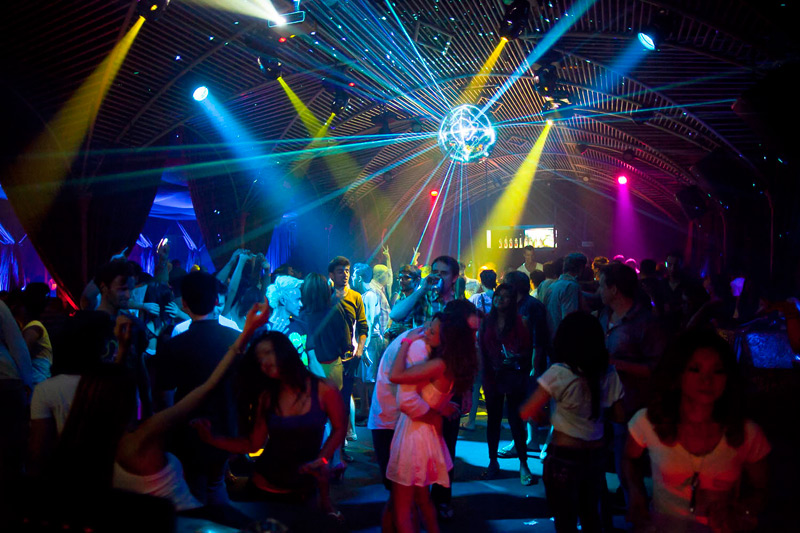 Inside Pontoon. Pontoon opened just over a year ago in Golden Sorya Mall, after being rejected from various river locations around town. Pontoon attracts “international DJs”. BFD, the local guys play what the local girls want to hear without
the cover charge. It is injecting hipster cancer into the growing population. Friday and Saturdays it fills up with weekend warriors believing they are the new trendsetters. Loud and overpriced, it attracts the Nigerians and backpacker types,
katoeys and has a katoey show on Thursdays. That being said, the girls love it and many wind up there after coming up short in Sharky or Martinis. Girls from the hostess bars can still catch a couple hours of dancing after their bars close. 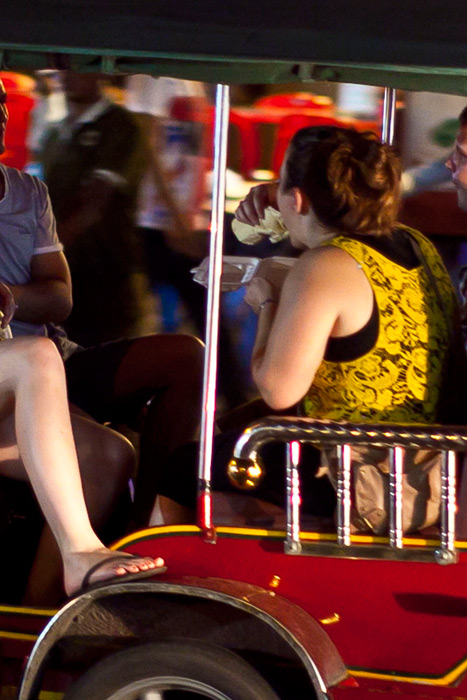 An overweight white chick going home in a tuktuk, macks down a hotdog adding calories to her obese condition. This never existed in punter zones in the past. I am afraid it won’t be going away either.

Almighty come in. Do you copy? Any of you without roots in the past ready to eat a bullet yet? Phnom Penh is no longer the quiet place to have a beer, a little banter with the local talent then slip away to your hotel room. Phnom Penh is
taking on the changes that have occurred in Bangkok, but at an accelerated catch up pace. We can’t have the past back, but we can consider the present alternatives of the US, Australia and Europe. Accept the changes, deal with them and
find the suitable niche amongst the cancer. With change, there are the positives. Paved streets, less dirt, less showers, girls let their hair down, high heels, and shorter skirts. 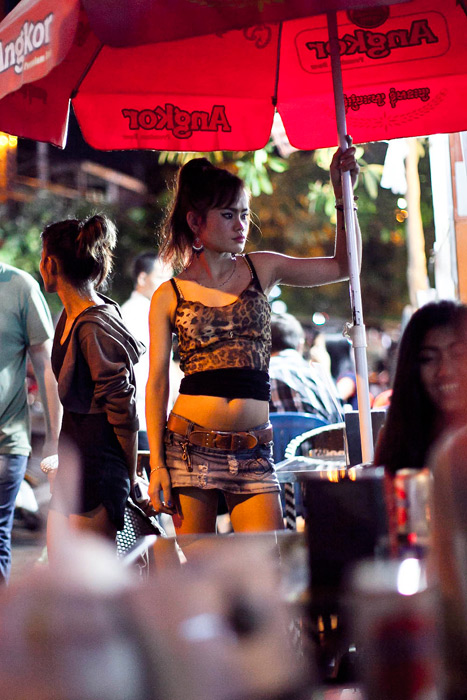 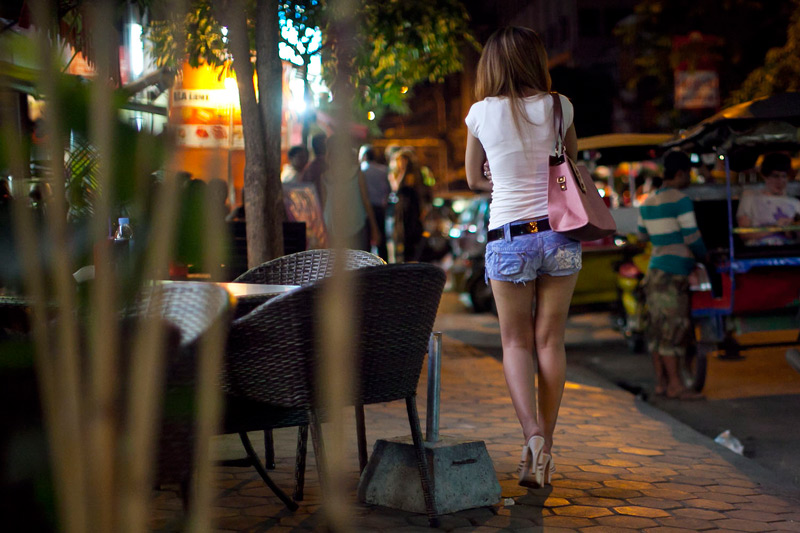 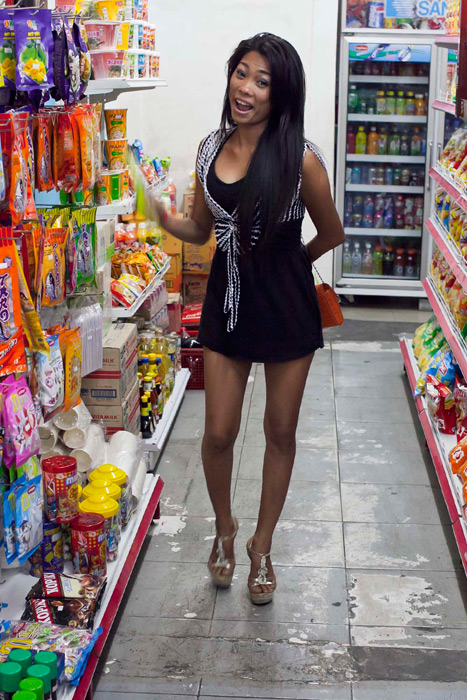 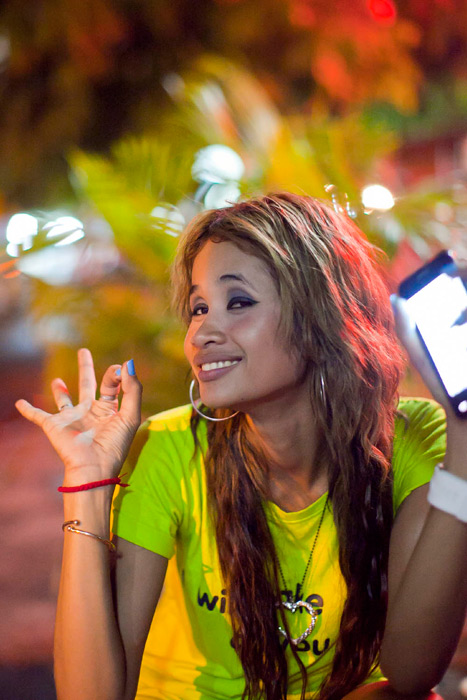 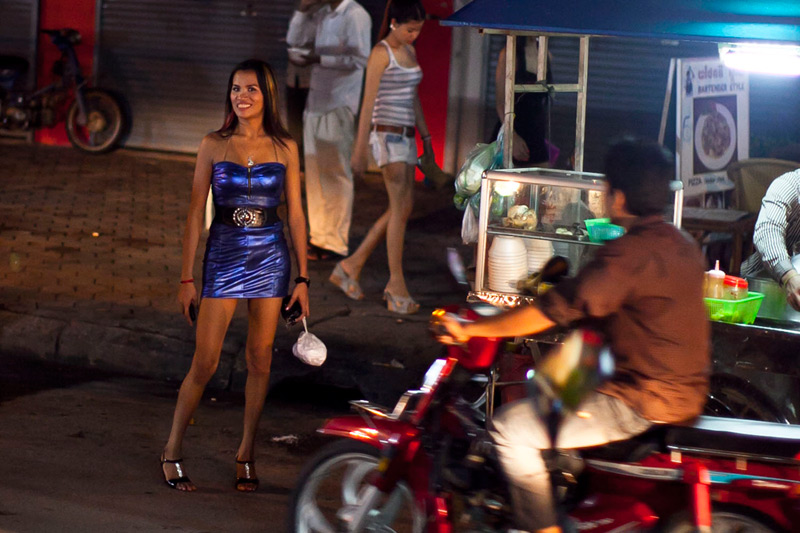 Absolutely first rate and I love the photos!

I first visited Phnom Penh in 2001 but didn't return until 2011. I've had three visits since then and yeah, even as a casual visitor I see the rapid pace of change. The sad part is that it is much of the bad stuff from Thailand that is heading east.

For readers who have not visited Phnom Penh, it's worth a visit. If you do make it to Cambodia, I recommend you stay at California Jim's place. It's where I always stay. Jim's a humble guy and calls it a guesthouse but it's really a hotel. He's a good guy, the hotel is comfortable and the bar / restaurant on the ground floor is an institution where locals congregate. If you're a first time visitor, it's an excellent place to stay and Jim will point you in the right direction. If you're really lucky, you might even be able to join him as he makes his rounds.