Falling In Love With Her

The first time I came across her, I noticed her contrasting colourful appearance. Under the natural light she had a traditional appearance, almost demure, with an easy to please smile, which seemed so genuine and radiant. However at night
she transformed herself into a sultry temptress forever teasing and inviting me into her warm arms. I discovered in a very short time that she was addictive and for that reason I knew she would be dangerous too. Every time I parted her embrace,
I found myself longing for her. I must confess that at times I did not want to leave her. She had managed to get under my skin and her scent would linger in my imagination for days after I had gone. To me, she was that intoxicating. 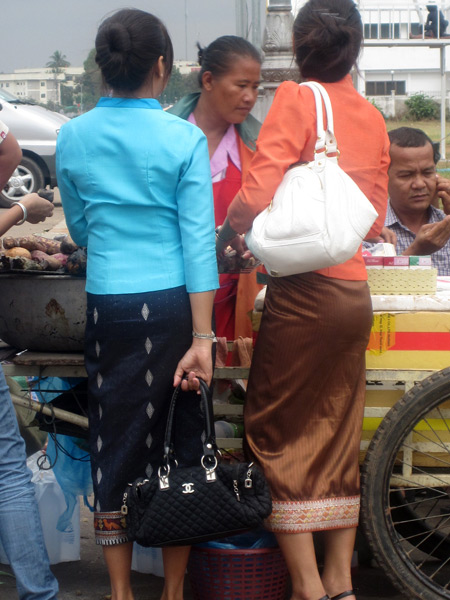 This was a few years ago and I was already a man and not totally disingenuous but nevertheless hardly a match for her. She toyed with me as she pleased. She could have asked anything and I would have given everything to her. I was fearful
that she could control me and that I would fall to her feet as if desperate that I may lose her.

Love, some people say, is sincerity and transparence. It is looking at another’s eyes and seeing our image reflected in them. That is what I saw in her, my own bare soul reflected in her eyes; we were by the river the first time
this happened. I was lulled by her sounds and that of the crashing waves. She could have told me any stories and I would have believed them all. By being herself, she had this innate ability of making me forget all my troubles.

I removed all filters from my communication and I must confess that abandoning any western political correctness felt so easy, so liberating. Of course, I was mindful of my western heritage and that I should follow the local culture and
tradition I found myself in but, at the same time, I wished to communicate from my heart and I felt I could finally be myself. I felt free or so it seemed to me. 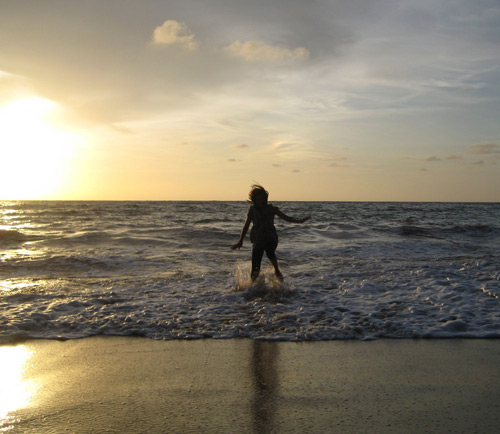 At times she seemed impossible but her allure was already pulling me in all directions and I could hardly believe that she was mine, albeit for a few nights at a time but nevertheless she gave me the impression that she was entirely mine
or that is how it felt to me. I always loved looking at her, particularly in the stillness of the early morning while she was still asleep and I delighted myself taking photos of her and in so many different poses. They would keep me company
when I found myself away from her. Her memory returned to me with the inevitability of sea waves coming to rest on the shores. In my mind I had no doubt; she was larger than life and an unbridled force of nature.

However, I discovered that this idea I had formed in my mind was all but love, just my imagination really. Love, I would find out, was something completely different and not quite as romantic. More precisely, I discovered that it was
born on the basis of a rational belief and its theory was quite simple really. As with most things in life, to achieve the outcome I desired, all I needed was to believe in it and persist to the end no matter what.

This prized ambition of mine was not like securing another consultancy or achieving a record breaking sport performance or a striving for that diploma degree, the end point was ineffable, intangible, and irrational per excellence. It
was a feeling of love. So its tenet was that it could only be convincing as a sublime work of art and the highest expression of both sensibility and sensitivity and this meant that it would be realised, paraphrasing Picasso, more with a pair
of hands than just mere conceptual ideas. To be real, I had to make it real in my mind first but how?

For those few romantic people out there that would be an unacceptable proposal. This was because in order to fall in love it was necessary to “train to be in love” or in other words pretend to be in love, so much in love,
as a matter of fact, to resemble a hopeless fool and to the point that it came across as if one was truly and deeply in love without any doubt to self and to others. 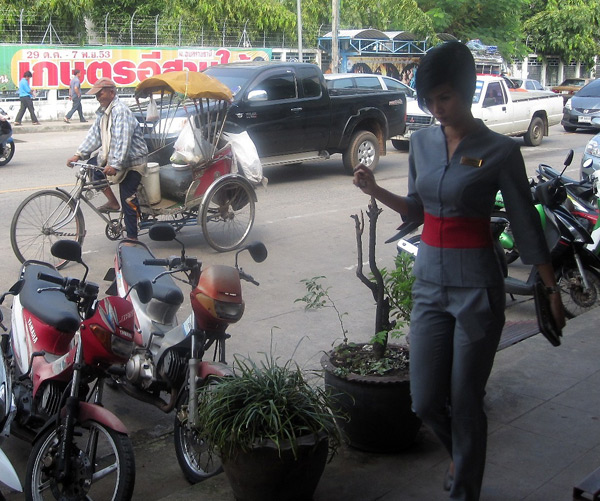 Now stay with me for a little longer and instead of rushing for the sick bucket please consider this paradigm; only by waiting and play-acting along these suggestions, the feeling could become real. In a way this was not too different
from a speed dating experience but with the added rules that during the interactions, hands should be held, and palms pressed against one another affectionately while gazing tenderly at each other and uttering sweet phrases. And the outcome?
This pretence was the make believe part and the better I could play the part the more intense the feeling became.

That is what I did and, as if struck by lightning, I realised another interesting part of the paradigm that is, as long as I could maintain this belief, the feeling was long-lasting. It felt similar to how we feel when we smile and, as
a result, we can feel happiness taking over by continually convincing us to be what we wish to be, that is “HAPPY”.

Some among you may argue that the dynamics leading to falling in love are a little more complex and that love is a psychic process. The scientific minded among you may argue that it is all linked to the nerve growth factor, a protein-signal
that increases in our blood system as we fall in love and that the latter is only a question of chemistry, literally, as it is the case when, for example, we feel butterflies in our stomach when the protein-signal in our blood increases and
which if not maintained will decrease within a year.

So I was left with a choice, Theatre or Chemistry? Pretend to be in love and believing to be in love or scientifically questioning as to what caused that mix of sweaty palms, confused thoughts and cramps in my stomach followed by agony
and worry? 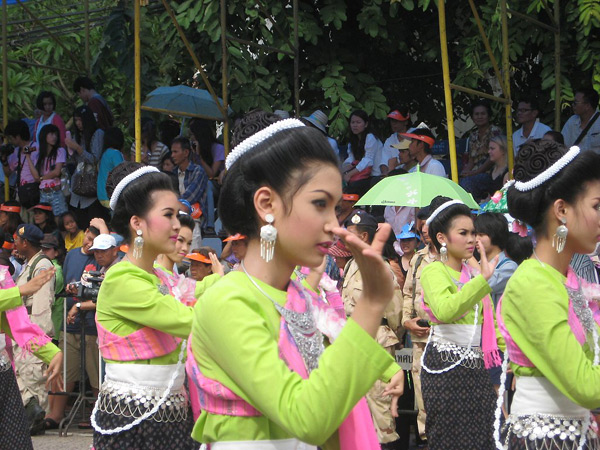 Considering the empiric evidence, it has been explained that at a psychic level we fall in love with someone who reminds us of a family member or a person in whom we recognise ourselves. In that process, trust is fundamental. However,
she was so different from anything I had known before her. Therefore, how could I pretend to know anything about her? Real life was juxtaposed to my pretend like feelings and yet I was able to persist and go through with it.

As I said at the beginning, it was a few years ago when I first met her and through that experience I realise now even more than before that no answer is the definitive one and I have stopped analysing her and I just accept her as she
is; warts and all. There is enough here, between science and theatricality to recognise and to continue to believe that love is a mystery which includes a whole and by the same token it is the contrary of everything logical, although in time
I have come to accept that the two of us may not be two peas in a pod and yet I long for her every time I am away from her. In that light, I have returned to her a multitude of times and I have hopelessly surrendered under the many intriguing
and exotic folds of her skirt by loving her over and over with no more questions asked and utterly careless as to how many she welcomes in her bed either before or after me.

What was your question? You are asking me to tell you who she is?

The photos are my own and taken during my travels in Thailand. If you wish to contact me or provide feedback on what you have read, you can do so at: 543vivek@gmail.com