It was the beginning of November 2011 and as most of us probably already forgot, some parts of Thailand had to deal with a flooding problem. Nobody really knew what was going to happen, including me. Sukhumvit felt a bit like a ghost
town, the streets were kinda empty, there were no bottles of water to be found in most supermarkets, and the whole situation didn't look too good. It was time for an escape! I decided it would be a good idea to relocate myself until the
flooding problem was solved. Since I had a good friend in Jakarta and found a good price for a ticket to go there, my choice was easily made. Jakarta it would be! 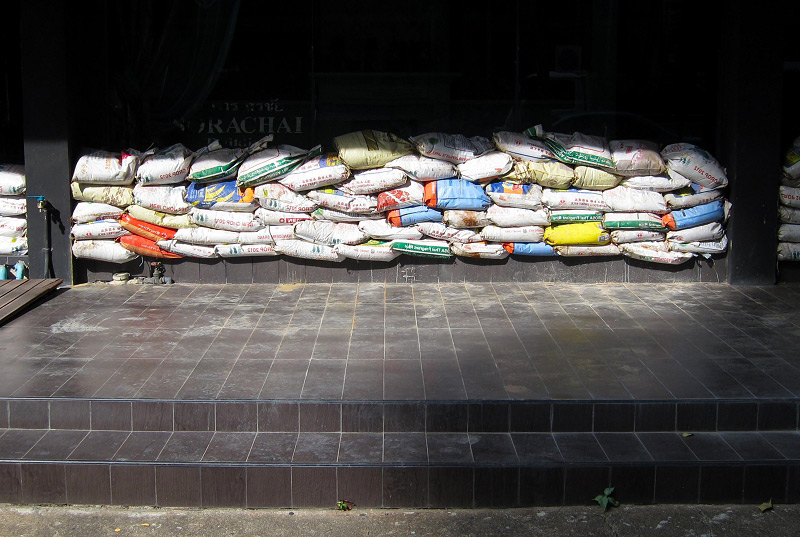 The last time I visited Jakarta was back in 2001. It was just for a very short trip, since it was part of a bigger backpacking plan, a trip through Thailand, Indonesia, Malaysia and Singapore. Back then I stayed for just a couple of days
in the Jalan Jaksa area. A place you could easily compare with Koh San Road in Thailand. It was an awful place to be (Koh San Road and Jalan Jaksa together). It was dirty, sleazy, and it felt unsafe to be there. There were a lot of beggars
in that area, and in that time there were not many foreigners to be seen. It was the time that the political situation in Indonesia was not stable and you could easily feel that by the absence of tourism. 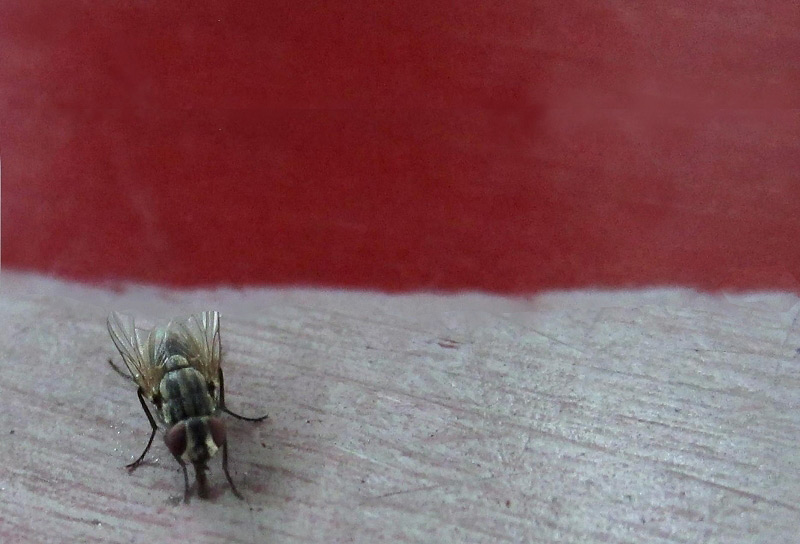 Fast forward, 2011. As I said, I decided to escape from the flooding problem in Bangkok and booked my ticket to Jakarta. I had no expectations of the city. In my mind it would have been the exact same place as it was the last time I visited.
I still remember when I arrived, and walked out of the airport gate – there were so many taxi drivers waiting outside, almost begging to get in their taxi, that it almost made me regret going to Jakarta in the first place. It was real chaos
and it drove me nuts. This time when I arrived at the airport it was different. It was actually kind of quiet at the airport. During my flight there was this Indonesian girl sitting next to me. We started chatting and she suggested that I
get a Blue Bird taxi on my arrival, since they are very safe, so I did. I hopped in one and asked the driver to bring me to the business district of Jakarta, also known as Jalan Kebon Sirih. 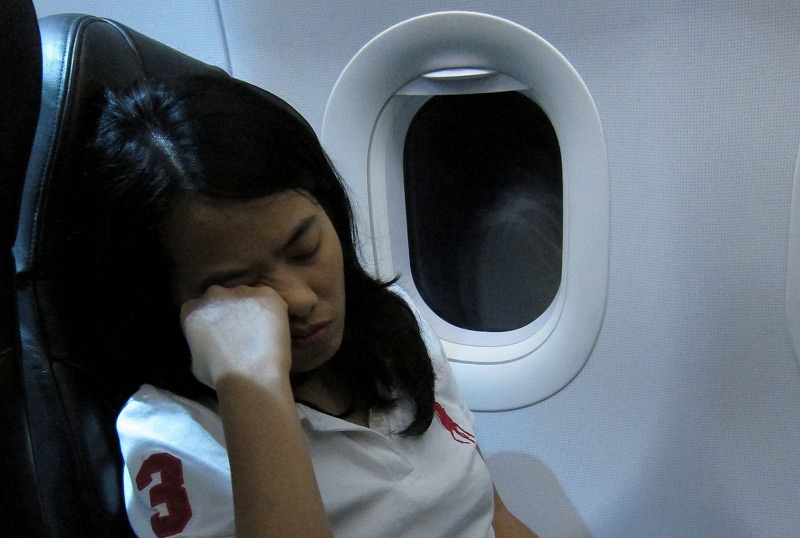 About 20 minutes later I arrived at my hotel in this area. There was no traffic on the road so the trip went pretty smooth. The taxi had a meter inside and the car was 'good looking'. It was a good experience to begin with.
My hotel was a small boutique hotel and since I booked in advanced I was able to get a decent price. It was about 900 Baht for a room with the convenience of air-conditioning, hot shower and clean sheets. The room was about 20 square meters,
small but clean! Before I checked in, I asked the hotel staff how far it would be to the nearest shopping mall. She told me it was just a 5 minute walk. I thought by myself: Wow, that's not far at all! and that makes it very easy when
I want to take a bus to somewhere else in Jakarta as well, since I stay at a very central location. I called it a day, went to my room, took a nice hot shower and went to a deep sleep. 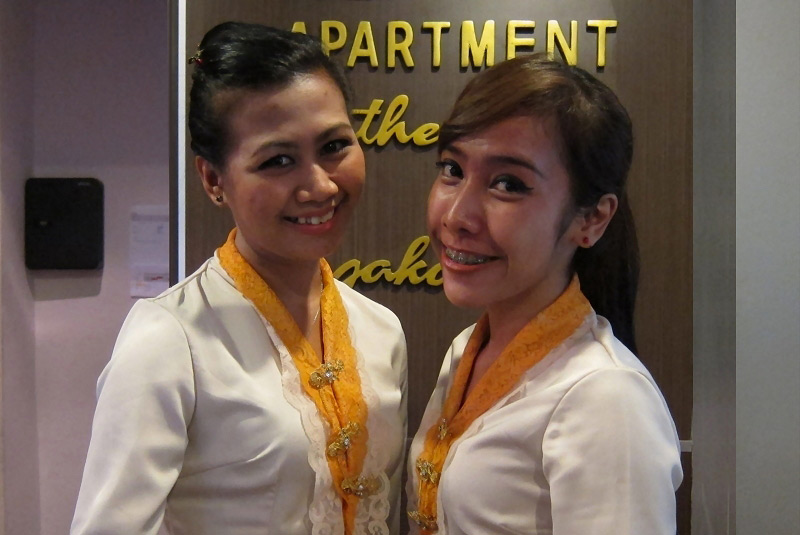 The Next day I woke up early morning by a loud knocking on my door. Still half asleep, I opened the door and was surprised to see my friend. I told her a few days before where I would stay and we agreed to meet up after I already was
in Jakarta for a couple of days. But this was her way to give me a nice and surprising welcome. I was quite hungry, since the last food I had was some lousy tuna sandwich on my flight with Air Asia. She told me she knew a nice place where
we could get some very delicious sate kambing. This is a real specialty in Indonesia and consists of sticks with lamb meat on them combined with a very tasty sauce and sambal. In Indonesia there are perhaps hundreds different kind of sambal.
Each place has their own sambal. That makes it always a surprise to eat at a different place, but in most of the cases the food is always very good, and cheap! 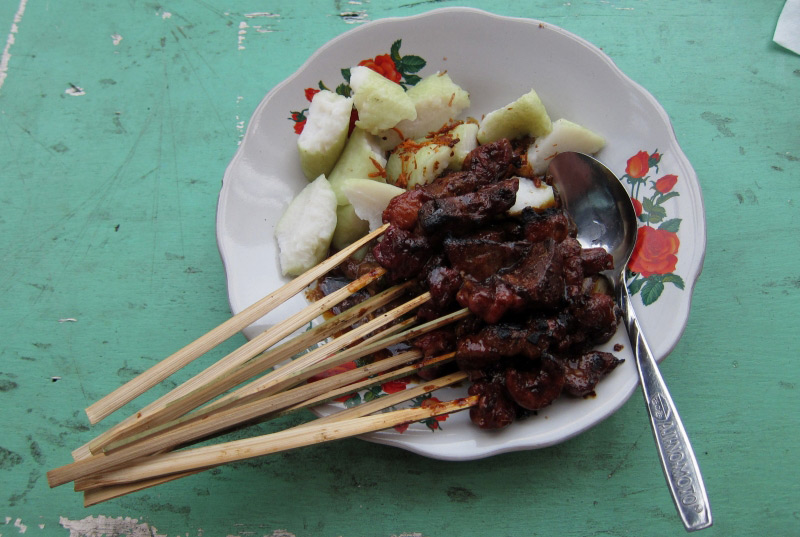 After we finished the food I asked her a good location to do some photography. She recommended me Kota Tua. The old city core of Jakarta where a lot of teenagers and couples hang out, where you can find a lot of historical sights, can
find a whole variety of different kind foods, and where you can do loads of people photography! Since it was already afternoon, we decided to go there by express bus. The journey took us a good 30 minutes, and when we arrived we had another
nice meal. Indonesia is almost identical when it comes to street food. You can practically eat everywhere, at almost any time of the day. The food is usually pretty good and also quite hygienic, since it must be prepared under Islamic rules.
The food needs to be Halal. After the food, we spent some hours at Kota Tua and in the evening went back to my hotel. She stayed with me until midnight, then I called her a taxi to send her back home, since she was still living with her family,
and they would expect her to be home at a 'decent' hour. 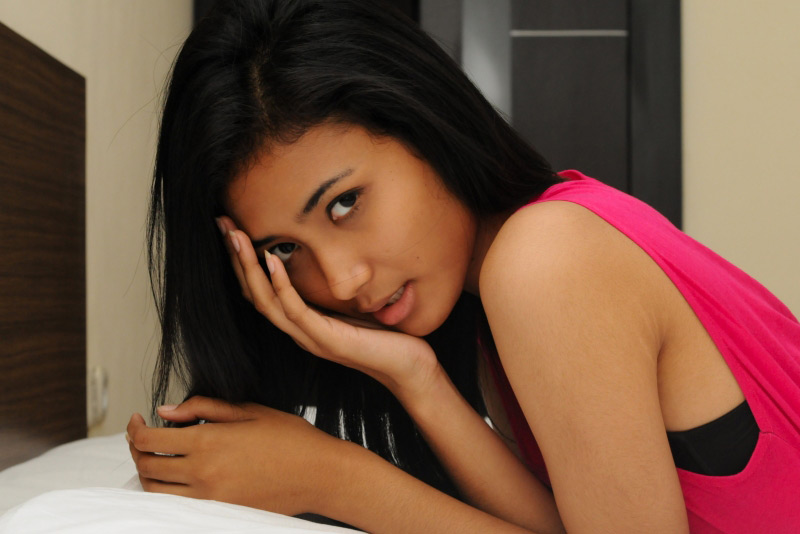 I stayed in Jakarta for about 3 weeks. I had a good time, although the traffic jams in Jakarta can be worse than in Bangkok. There is a good network of buses, which can practically bring you everywhere you want for very cheap, and then
you also have an express bus network, who have their own dedicated bus lane which means that you don't have to deal with any traffic jams at all! The city however is still a bit chaotic and I was glad when I returned to Thailand. Indonesian
people are very friendly and seem to be at a very peaceful state of mind. I find them more genuine than Thai people, since Thai people (mostly) always smile, even when it's very clear that they do not actually feel like smiling. In Thailand
it's just a mechanism to save face or to give a facade to cover up a problem. In Jakarta I found the people more pure. If they don't feel like smiling, they just won't, but then again, they would still be friendly. 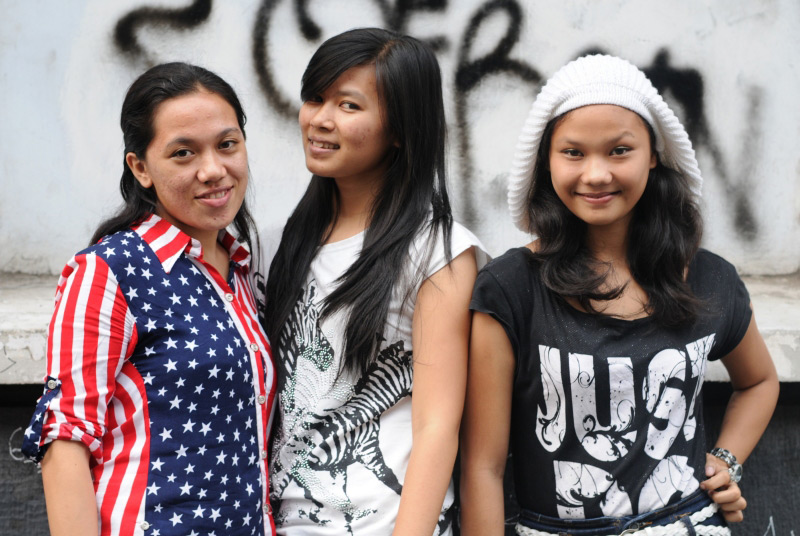 Nice report and very nice photos. Your "friend" seems very nice and it cannot have been easy to send her home so fast!

Thailand or Legoland - Which Path for You?