Korski, The word is “Poochie”

Like your creative writing classmates, I differ with you on your recent post “A Pert Little Filipino Ass”. The word pert doesn’t do justice to the finest feature of many Filipino women, their wonderful fannies! Many years ago when I was in the Philippines with the U.S. military I became well acquainted with more than a few Filipino ladies. Located near the base was a rather large number of nightspots for the single purpose of servicing those stationed there. These enterprising young women were available 24 hours a day 7 days a week. There must have been literally thousands as the selection was always broad and varied. Many were extremely sweet and loving, and I got the impression a large number would be quite keen on an American GI for a husband.

On the base there were different opinions about these girls. Some couldn't get enough, some actually married them, and some wouldn't touch them. However, literally everyone definitely agreed that these fine creatures had totally outstanding butts! No matter fat, thin, short or tall they almost always had a fine posterior. You could sit in a strategic position so as to view them as they walked by. Sometimes we would rate the butts as they softly jiggled when they walked past our table. The scale was 1 to 10 with an occasional 11, allowed only if everyone agreed that so named fannies deserved such a rank. The general opinion was that the Filipino butt was a national asset.

The term that was universally used for this fine feminine asset was “poochie”. Of course this isn't a real word and cannot be found in the dictionary hence someone with way too much time on their hands came up with a written definition, As follows:

A Poochie Butt refers to a female fanny that has a particularly appealing shape. It must be spherical in shape and protrude a certain minimum distance from the back and legs. It must be round and not droop or sag in any fashion. A degree of firmness is required and it must have the consistency of firm foam rubber. To determine if the butt is indeed “poochie” one can cut an orange or a grapefruit in half and place in peel side up on a cutting board. Next, remove about 1/3 of the fruit by cutting through the peeling side. After remove this material place them together by moving the remaining 2/3 next to each other. You are now viewing a

“Poochie Butt”. A “Poochie Butt can be tested, but only with the owner's permission. After obtaining permission cup your hand and gently perform a slapping motion on the butt. The butt should be firm but offer a slight jiggle when slapped. An alternative test is to cup your hand and lightly squeeze the butt. The consistency should be firm and yield slightly to the touch.

So now you have a definition of “Poochieness” and I am sure everyone will agree that Mr. Korski was quite reluctant in his description of the Filipino butt. Here is an example of a very “Poochie” butt. 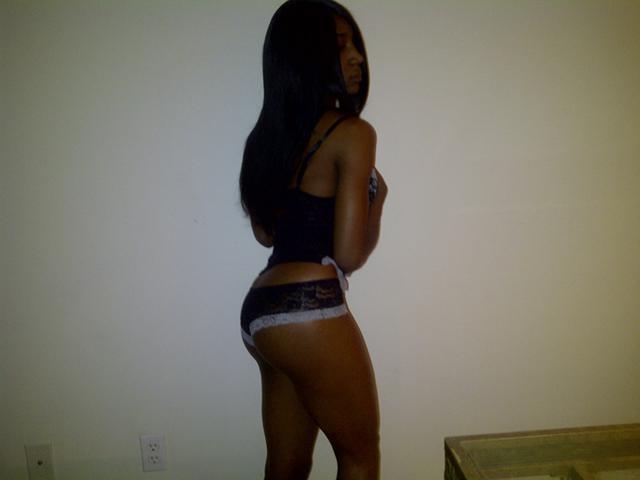 I am sure if you have gotten this far the reader is thinking why oh why are you writing this dribble? Korski's reference to a perky butt was met by much displeasure and he was deemed politically incorrect in his excellent story. This dreaded label is now used frequently in our society with damaging consequences. I can tell you for a fact that this is what was said a long time ago by basically good well intentioned men. I can say that every man treated the Filipino bar girls with dignity respect and kindness. Our world has become a much smaller place under the watchful eye of the politically correct police.

If I remember correctly from Korski's previous posts he teaches at a Southern California university. To be a Caucasian male on any campus is an open invitation for a barbed attack by the PC police. Southern California is likely a hotbed of super left thought. We do call it the left coast for more than one reason.

I taught business students at a Southern Oregon University for a few years. My students were the sons and daughters of lumberjacks and timber workers, as well as specially trained firefighters that were missing from class from time to time when they were called to duty. These good folks were conservative and hard working never really thinking about PC issues. I am sure at times some of these good people suffered from the PC police.

At this same school the English Department was super PC correct and acted as the PC police for the entire school. I was called out by them one time when I was asked to MC a school gathering. I introduced a woman speaker by calling her the spokesman for XYZ company. Surely my mistake, but while the female speaker I introduced had no problem the hens in the English Department did. The whole situation grew way out of proportion and the Dean of Students finally put an end to it. For the record, I would have been happy to say spokeswoman.

I think this PC mafia should just lighten up.

Absolutely the PC brigade should shut the hell up!