It was recently decided by my good wife and myself that we should visit Doi Ang Khang.

For those unfamiliar with this landmark, Doi Ang Khang Mountain is a three-hour drive from Chiang Mai. The last part of the journey is a very steep and twisty road, 1300m above the Burmese border. It has beautiful gardens, breathtaking scenery, invigorating mountain air, a fresh cool climate as well as the general peace and quiet of the countryside. The air quality in Chiang Mai at the moment is particularly bad, so getting above the smog seemed like a good idea.

According to the internet, the agricultural project station was set up in 1969 as a demonstration site for planting and researching flowering plants, temperate fruit trees, vegetables and other crops under the patronage of His Majesty King. Primarily a research centre, it focuses on developing a wider variety of marketable produce for the local hill tribes, which were previously cash-poor and dependent on growing illegal opium as their major source of income. The organic methods employed by the Project have had great success. Such non-tropical fruit as strawberries and raspberries, peaches, apples and plums and vegetables like beans and asparagus, have all done very well. The strawberries in particular appealed to my wife.

My wife's elder sister lives in a moobahn near Chiang Dao, so that provided another reason to go, and we would stay with them overnight each way to break up the trip. Our children are the same age as their children – 1 and 3 – so they could also have playtime together and make it a generally agreeable trip.

We picked up my eldest from his anuban right on the dot of 3 PM to get a good start on traffic. I thought we would be leaving straight away, but clearly I'd forgotten how these trips work: first you have to go to Big C to buy things for elder sister and family that they cannot get as easily upcountry. By the time we had everything we needed for the arduous 2-hour journey, we had timed hitting peak hour traffic out of Chiang Mai perfectly and it was not a pleasant drive. Eventually I fought my way to Chiang Dao to dispense of Big C's entire inventory to the residents waiting therein.

The next morning we had an early start – Thai style – of about 10 AM. My long-term hire car (which to my way of thinking, is easily the best way to "own" a car in Thailand if you can afford it) is an admittedly small Toyota Vios. We packed in 3 adults and 3 kids and got underway toward Doi Ang Khang.

Once you get into the smaller towns on highway 1340, the road is quite honestly terrible. It may be better on highway 107, we didn't go that way. My kids are fairly used to car travel, but my sister-in-law and nephew are not. The massive potholes and winding roads are a recipe for car sickness, and both of them were quite car sick by the time we arrived. I bit my tongue every time a sickbag was thrown out the window – littering is so foreign to me that this made me almost as uncomfortable as the fact that we didn't have enough seat belts for all the passengers in the car. The trip required constant downshifting to get up steep hills followed by immediate upshifting going down. The car reeked of brake pads by the time we arrived, and we'd experienced no blowouts. Tyre maintenance and brake pads are a problem for the rental company, and both are in tip-top shape.

The road down was surprisingly, just as awful, and the non-car owners were again very sick the whole way down. We stopped at a beautiful lookout on the way down, with typical Asian death-trap style safety, which would've been really nice if not for the broken glass and generally poor maintenance. Once everyone was safe and sound back on terra firma at the family house, we ate strawberries and discussed the trip. The views and atmosphere were beautiful, and I think my wife and I by ourselves, or even with her sister or other family members would've had a great time, but travelling with kids is a whole other ball game. When I remember the experiences that my parents provided me when I was younger, in hindsight I really salute them: travelling with kids is exhausting. 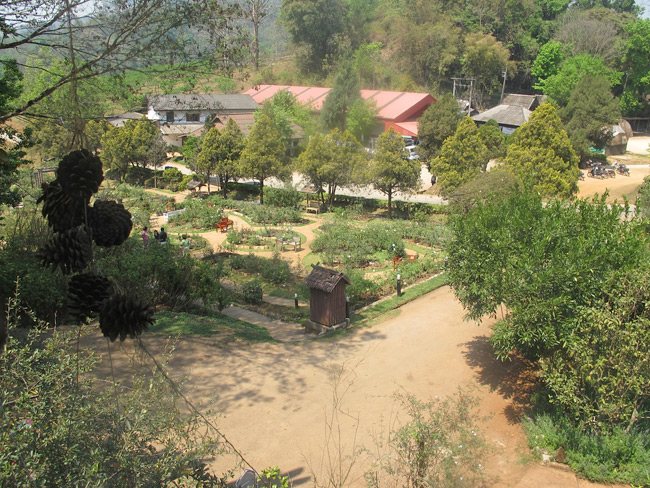 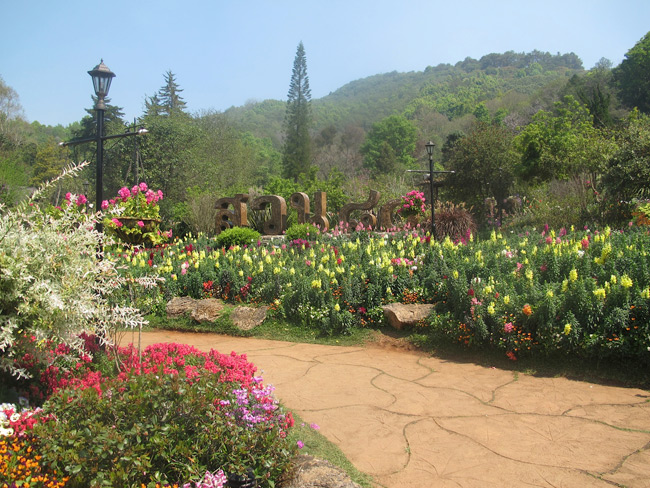 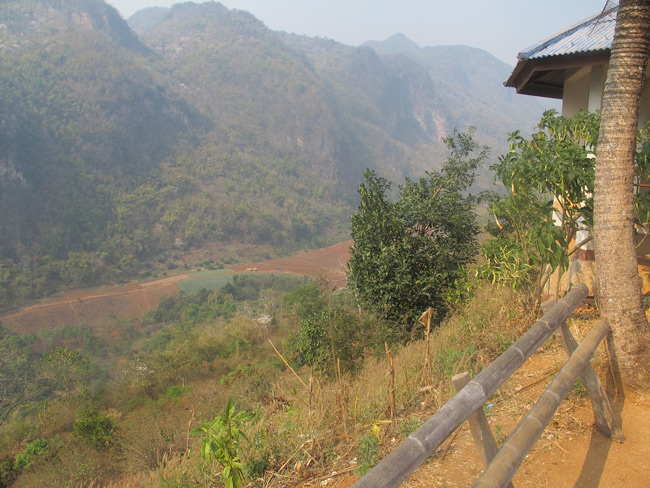 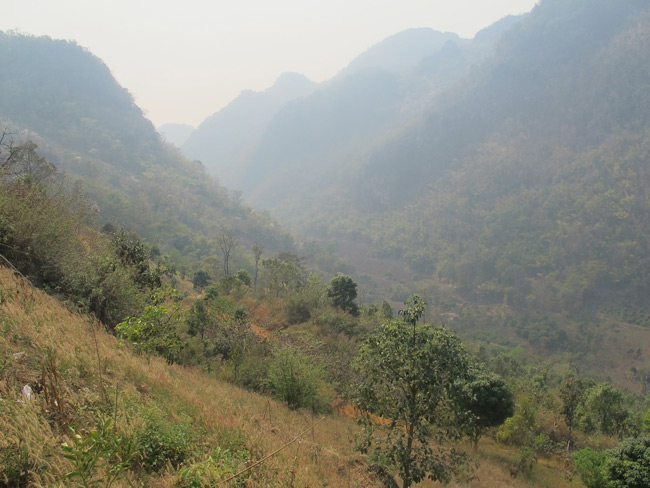 There's some nice countryside in the north and yeah, you always hear about the windy roads and the trouble getting there!

A Journey to the Deep North (Isarn) and Beyond: Part Five