So, the long-awaited announcement. Can we take it that you are not leaving the lunatic asylum after all, despite hints in the past that your days in Thailand might be numbered?

However, your reasons given in your Sunday Address surprise me not at all. I spent 10 years out of the UK for most of each year, not in one country but many, travelling for my job. I'd guess I spent about six months of each year in the States, but also spent time in Australia, Japan, Germany, France, Italy, Spain, Taiwan, Singapore. Even New Zealand, a place I was happy to get to because my father had always wanted to make the trip but never did, and having travelled so far I felt I’d accomplished something in getting there. Unfortunately I didn’t see the real beauty of the place, just Auckland, which I found okay, and Wellington, which I thought was very picturesque.

And, like you returning to your roots, when I went back to the UK for longer periods I no longer fitted in. I still have friends there from the college days and we meet up once a year for dinner, no more. The others keep in touch quite regularly and go on a long golfing weekend every year as well as meet up sometimes for other activities. That's nice, when you consider we are all now into our 60's. But I couldn’t say I am that close with them anymore and a long distance trip to visit me appears out of the question. Thailand really doesn’t appeal to anyone at all that I know. I have a couple of other friends I’ve known for maybe 40 years, but again it’s a once a year visit. He runs a time-warp folk club, with just simple, humble people who gather in an upstairs room at a pub to play a few numbers. Normal life. You miss that, living in Bangkok.

But you are no longer part of the fabric after you leave your homeland for any length of time. For example, usually the gossip is about what was on TV last night, and you haven't a clue who or what they are talking about. You can keep up with the politics through the internet, but it isn’t the same as being there and hearing the details discussed on TV. But, as you pointed out, it goes much further than that. Society changes, and in my case, coming from east London, it has changed so much for me that the place is very alien. I have nothing against them, but probably about 75 percent of the population where I grew up are not native Brits, but Asians. And that totally changes the entire atmosphere of the area. They don’t share your cultural history of the town, many of the shop signs are in Urdu or some such language, and there are strange and unfamiliar items in the food stores. Everyone mixes well in the local market though. 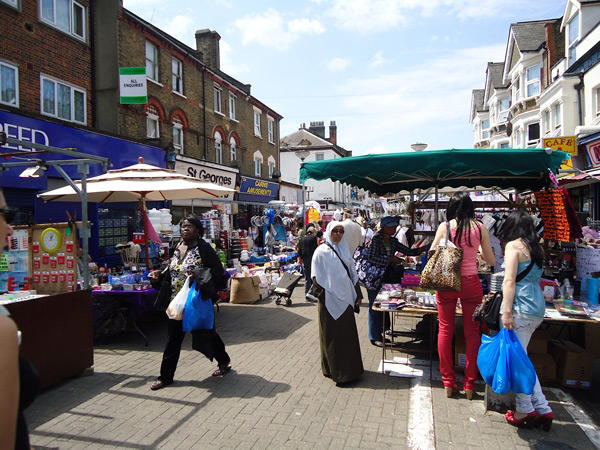 The local tailors now sell saris, a church near my old school has become a mosque, a landmark cinema where I used to go to Saturday morning pictures and to see The Beatles and Gene Pitney and Roy Orbison and a hundred others, is now awaiting permission to become a temple of some kind for an obscure religion. The local museum now has a display of Arabian artifacts and signs in Arabic – they call it cross culture. Indeed, when I was there a party of about 10 arrived for a tour of the place. All those being shown the place were young Asian women in head scarves, with the guide being a minority 'true Brit'. Nice, of course, that they are interested in learning about the history of their town. Incidentally, the museum has the first car ever built in Britain, a Bremer constructed in his garage by a German living in a local house. My father once drove it in a parade. 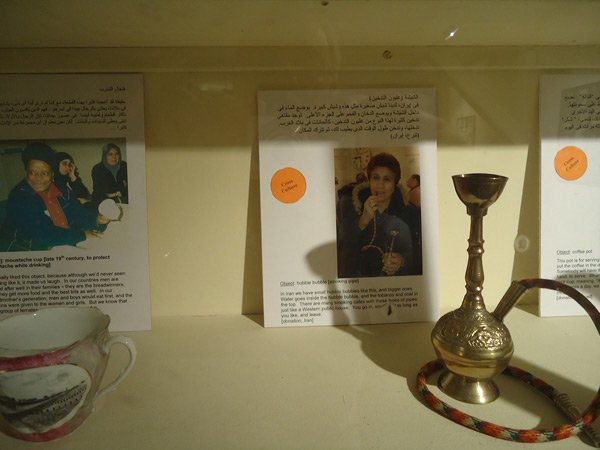 I have no problem with these ‘strangers’. Indeed, when I was managing a record store in the town I became friends with an Indian lad who I openly called Turbie or Turban Top. It would be harder to get away with that now, I guess. We even went on holiday together, to Finland, and as soon as we got on the boat he celebrated his freedom and took the turban off and let his hair down to his waist. Later, when I worked for Telecom I had an Indian lady boss who invited me to her home for dinner.

She had an arranged marriage, and I asked her how that worked, how they could marry someone they had barely met if at all, and she told me they just learned to grow close together over time. Unlike most western marriages which seem to work in the other direction, so which system is right and which is wrong? I married my own wife after knowing her for just two weeks and we’re still going over 20 years later, so I can understand what she was talking about. Anyway, although I have no problem with these 'imports' it isn't the place I grew up in. I would add, though, that when I took a holiday for a week on the Isle of Wight a couple of years ago it had barely changed in the 35 years since I had last been there. Get out of the cities, anywhere, and little really changes.

So, like you, despite the better food, better climate for exercising, better and more varied options for socialising and various other benefits, I couldn't live back where I came from. As you noted, some prices can leave you gasping. I find the same in the UK. Prices are going up in Thailand, but they are going up everywhere and it is easy to forget that. Where we might differ is that, as I've mentioned in an earlier submission, I could happily go halfway and live among Brits in Spain, with lower prices, a better climate and with people who still remember the old values and who have left the UK for a better, less restricted lifestyle. Could that be the best of both worlds? But with family in Thailand it ain't going to happen for me. I'm destined to die in a Bangkok taxi as it sails at 120 kph off the expressway down onto Rama 4 Road.

There is so, so much not to like about Thailand, very serious problems that I and others have outlined in many previous submissions. My recent experience with a country hospital which could have led to me dying in a few days because of a mis-diagnosis was very sobering. In fact, I’m still a little shaken by it. I’m not ready for the Big Sleep yet, and especially if it is caused by the incompetence of a doctor who probably qualified for the title simply by buying a white coat. You cannot get a bigger problem than being led towards death by someone who you place such unjustified faith in.

But, after Thailand, almost anywhere would seem dull. Sure, there are some great cities that you can really have a great time in, at a price. But for a place to simply have fun, and not have to put up with the political bullshit that is like a return to the Victorian prudeness of years gone by, Bangkok is hard to beat. So if you have decided to stay in the Big Mango, Stick, it’s good to know you’ll still have your ear to the ground to tell the world what is going on. The good as well as the bad.

Yep, it looks like I am going to be in these parts for some time to come….a condemned man!

American Dating And The Thai Nightlife – A Hi-So American Perspective