Thais and Thai food in Iceland. Road trips and some background.

I recently completed my 4th trip for an 8-day stay for off road driving in Iceland and ate several times in Thai restaurants there. Here is some guidance on the places to go to

On the main shopping street, Laugavegur, there are 4 Thai restaurants, of which one is on the 2nd floor (you can see a sign from the road). They are all good value and it would cost under 20 Euro for a main course (that's cheap for Iceland).

In Selfoss there is one Thai place just near the bridge crossing the river and it also would cost about 18 euro for a main course.

In Akureri there are from memory 2 Thai places.

In the east I heard that there are also some Thai places.

How did they find their way there?

Usual story of a local Icelander going on vacation and bringing one back home.

Why would an Icelander go so far to find love?

According to some of the locals I spoke to, the reasons would be as follows:

1. Icelandic households usually go through 2 or 3 spouse changes in their lifetime. They typically marry young and have 2 or 3 kids very young and then one or other gets bored. There is no loss of status at all to being divorced amongst Icelanders, even though some may make wry comments to a person that is at it for the 3rd or 4 th time (they have a very dry humor there).

2. There is a undercurrent of free sex (e.g. changing partners) in the society but it is well covered up and you only find out about it if you visit some of the clubs where more mature people will be willing to try out someone new, or you have lived there for a longer time.

3. Other than off road driving and because the society is small and tight knit, life becomes pretty routine and boring for many people.

4. There would be a slight imbalance of men to women, due to a recent wave of emigration to Canada and Norway due to the severe economic decline in 2008.

5. Many of the younger Icelandic women are obese or becoming so (Mc-fast food effect).

It is interesting to see the Icelandic facial features and when you understand the country a little and their background you will understand why they look the way they do.

For what you expect to be a Nordic country, there are many persons with dark hair and square facial features (a- la- Thaksin but not slanty eyed). These would be slightly more in number than the all blonde ones (Scandic origin).

Because about 900 years ago women were in short supply and the Vikings went to the west coast of Eire to literally; pick up some women as many men had more than 1 wife (or a wife and several concubines) and the preponderance of the Celtic genes was assured.

Strangely enough for a country that prides itself on equality, there are more Nordic type people in the upper and management jobs and most of the Celtic type people will be found in the mundane service industries. A coincidence?

For those who want to go talent spotting, the best looking younger women I could see was to be found on the north coast (Celtic types). 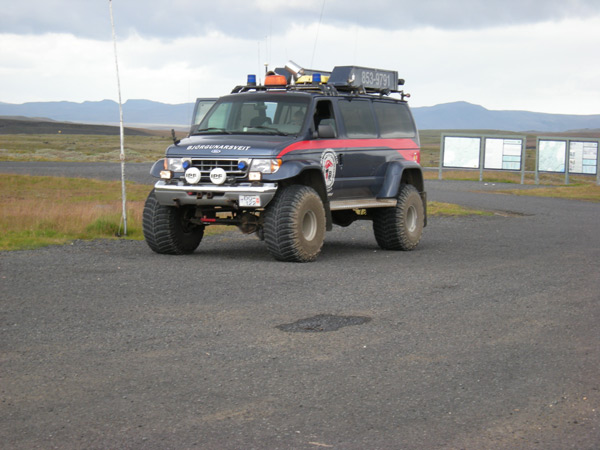 For those who are more concerned to visit and travel to see the rather extraordinary nature I could recommend some of the following :

1. Rent a decent sized 4 x4 and know how to use it. The best sights are inland on rutted tracks, and a considerable number of fjords may need to be crossed to access the best sights. 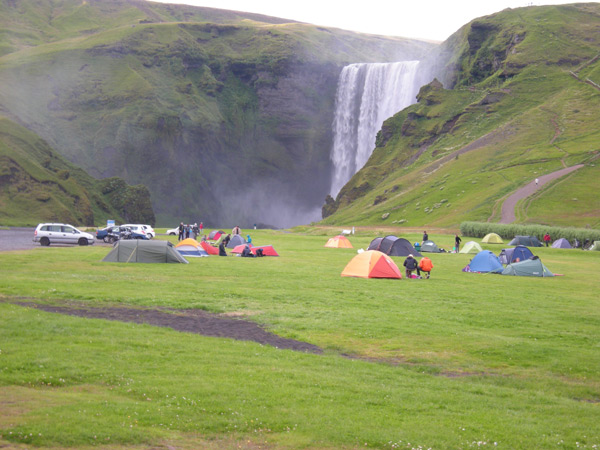 2. Use the HI hostels around the coast (relatively affordable and comfortable), use the mountain huts (very basic bunking) in the highlands (booking by prior arrangement or may be full and sleeping in the car will be called for!) I do not recommend tenting unless you like being cold and woken up by wind noise / gusts.

3. Some of the better routes. Note that many of these highland routes will have thermal hot pots along the way, some of which are for free, typically 25 to 30 deg all year round, and endless volcanic hot water supply. 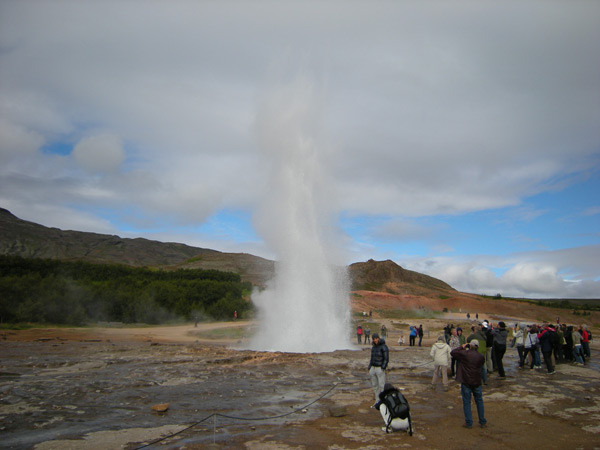 a) Psorsmork sounds like thorsmork route in the south with a mountain and HI hut ant the track end spectacular views of glaciers and the- beginning – of – the – world valleys (you will understand my meaning when you can see it – simple words cannot do justice to it). 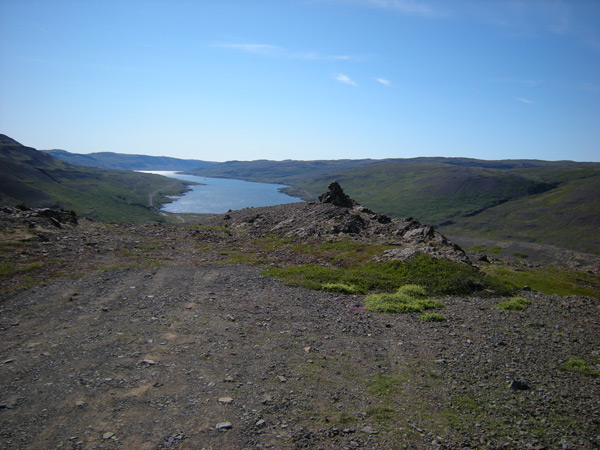 b) F210 / 208 mountain road in the southern highlands again a visit back to the beginning of time with lots of climbs and descents. 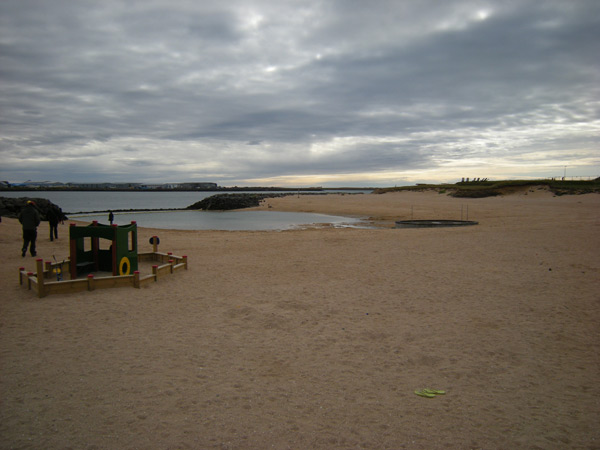 e) F347 to the kerlangerfjoll mountains, for those more experienced with 4×4 there is a superb track around the back of the mountains 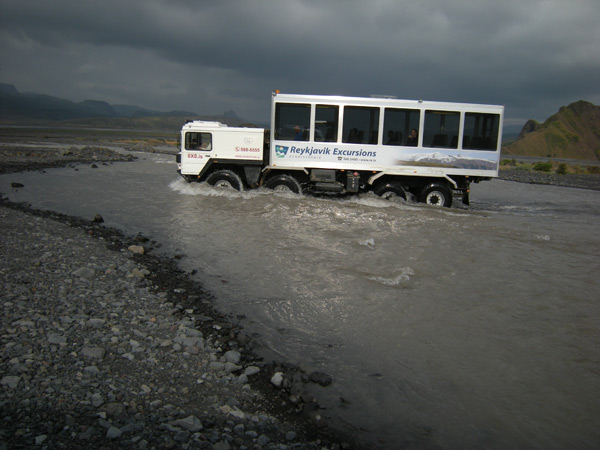 For those with a less adventurous disposition there are several clubs in Rek, which also cater to the more mature person(teenagers not allowed in – minimum 21 years of age for entry), music, especially avant garde styles is a Icelandic specialty.

The best local food would include lamb (the best I have ever eaten) but it doesn't come cheap.

The country is totally green as far as concerns electricity and hot water and no hydrocarbons are used at all as there is ample hydro and thermal power harnessed via ca 20 plants. The larger stations serve the 3 main aluminum smelting plants located on the west coast and east coast. The co2 released from these is considerable!

If you want to visit a warm beach there is a thermally heated beach south of Rek airport using excess hot water to warm the seawater, also equipped with white sand! (no kidding)

The country doesn’t like the US and GB as it was forcibly occupied during and after WWII and the locals were trodden on, 150 k soldiers for 110000 inhabitants at the time…

In fact much of the UK home fleet was anchored during the early war years in a fjord just north of Reykjavik and the base remains can still be seen. The same went for the cold war where a NATO base at Keflavik was imposed, and is not finally abandoned.

The UK also carried out a proxy war on the Iceland fishing fleet and protection vessels during the 50s and 70s, ramming repeatedly and nearly sinking one that rolled over at 80 deg and then managed to right itself and stagger back to port, only the threat of immediate closure of the US NATO base and letting in the Russians was enough to get the royal navy out of the way….
So the UK is not in the best books.

The Icelanders are also angry at their bankers who invested more than the country was worth in fake USA mortgage securities and were wiped out. Some of the UK depositors saving were channeled into that and now the UK is after the Icelanders again (maybe gunboat politics will follow again???)

To round up, a sturdy and stalwart people with a extraordinary backcountry well worth a visit!

Some of the photos I have seen from the countryside there are stunning, but with it being so far away from this part of the world, it's not on my radar.