“Grandma already asked when the two of us are finally getting married!”

It’s Tet 2003, Vietnamese New Year. Since yesterday Linh and I have been staying in her extended family’s home in Ho Chi Minh City. Linh and I have been an item for a little less than a year. She’s 100% Vietnamese blood yet has spent almost her entire life living in my corner of Europe where her father emigrated to not long after the North Vietnamese Army had overrun Saigon in late April of 1975. Linh and her mother followed him some years later. Linh was three years old at the time.

Linh grew up facing the challenge of having to balance the traditional conservative Christian values her working class parents strictly instilled in her with the realities of growing up in a comparatively liberal Western society, a world both her father and mother have struggled to fully come to terms with to this day.

Having rarely visited her native homeland and then only in order to visit family, Linh had proposed travelling Vietnam together early in our relationship. A few months later we were on a plane to Hanoi, looking forward to a 4-week long overland trip traversing the length of the country, onwards through the Mekong Delta to Phnom Penh and finally Bangkok. 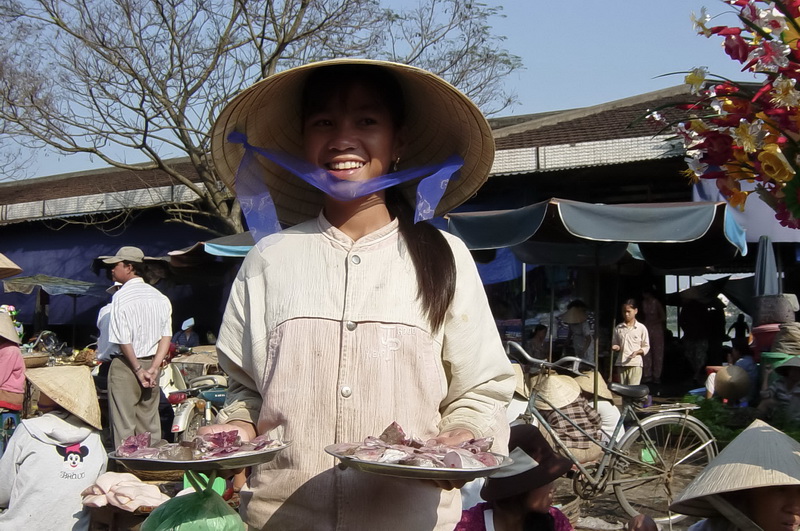 Arriving to Linh grandmother’s home in Ho Chi Minh City both she and I are cordially welcomed. Grandma shares the narrow but tall multi-storey concrete house she lives in with two of her sons, their spouses, and half a dozen of her grandchildren.

“ Watch out! They are going to pressure us into getting married!” Linh had forewarned me with a laugh. “But don’t you worry! I can manage this! My grandma is a very traditional lady but also quite reasonable! Also, I will distract her whenever that kind of question comes up!”

For our welcome dinner grandma puts out her nicest dinnerware and prepares a special feast. The whole family summons around the table. For starters grandma puts a large pot of thick chicken and vegetable soup on the table. Being the guest of honor she gestures me to hand her my bowl first to get served before anyone else. She dips the scoop into the pot, slowly stirs up its content, and then ceremonially dumps a severed chicken head into my bowl.

After the meal I retire to the guest room while Linh gossips away in rapid Vietnamese about her immediate family’s life in Europe. Linh’s family has prepared futon style mattresses for us to sleep on. We also have the privilege of residing in the only room of the house that has air conditioning. Just like all other rooms I’ve seen in the house it’s littered with tacky Christian devotional objects.

Linh joins me an hour later.

“ You know, visiting my grandma is nice as I rarely have a chance of seeing her. However, she’s already starting to give me a headache. It’s not only the marriage talk but also her many inquisitive questions about you and I. I don’t think we should spend too much time here.”

The following day we get chicken feet for starters at dinner. I notice Linh’s young nieces and nephew shooting me envious glances given my preferential treatment of being offered the treat before anyone else again. 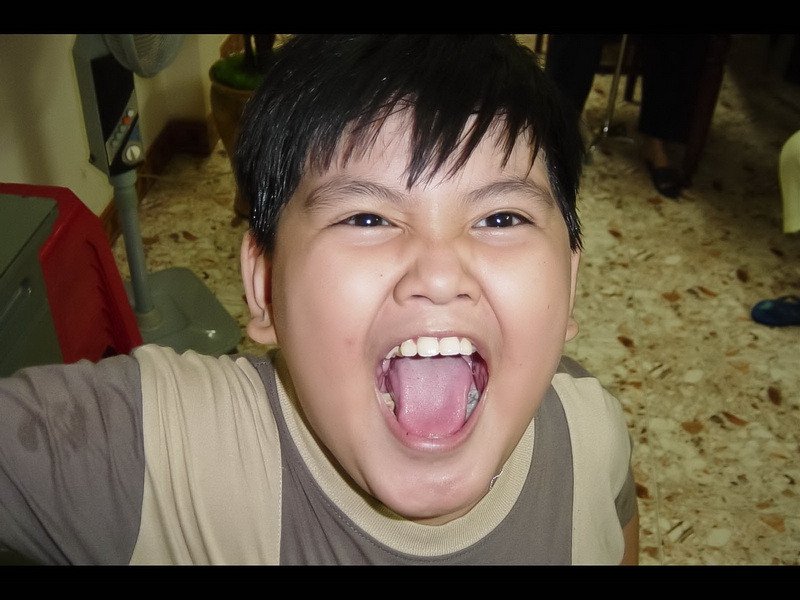 “Grandma has complained about recent price hikes for electricity and water supply” Linh informs me during dinner. “You know, even though we are guests we are expected to share some of our wealth with them. After all we live in a rich country. Not doing so would be seriously bad form. Before we leave we need to consider how much money we should leave with them.”

After dinner I again retire to the guest room while Linh stays behind with grandma for a while before joining me.

The following day we spend touring the city with one of Linh’s uncles. It’s him, Linh, and I on one old 110cc motorcycle. We visit his wife’s noodle shop at the market where I am paraded around as a soon to be family member. In the evening another uncle and his wife talk Linh into taking everyone on a 2-hour dinner cruise on the Saigon River. Needing to save face obviously she cannot refuse. I welcome the ridiculously overpriced hot pot we get served as a welcome alternative to other culinary surprises in Linh family’s home.

Returning to the house grandma beckons to Linh to join her in her room for some more banter. Exhausted from roaming around the city all day I fall asleep on the futons in our room. Shortly after midnight Linh wakes me with a familiar look on her face. Clearly something is bothering her.

“ What’s up? Has grandma given you a hard time about us not being married yet again?” I tease Linh.

She shoots me an annoyed look.

“ But WHEN are you going to marry me?” she finally breaks the silence.

I wake up at 6am. Linh is still sleeping. I sneak out of the room and take a motorcycle taxi to the bus terminal to buy two tickets out of the city for the early afternoon. 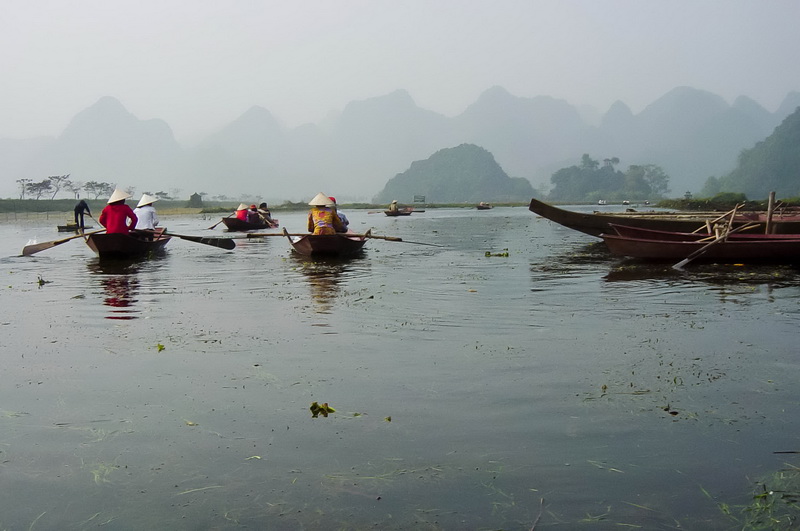 Very nice indeed. So did you marry her?!

Kudos to Staff at After School Bar – and to the Thong Lor Police?