Why I Stay Where I Am

I don't habitually reply to people who take it upon themselves to attack me personally as Been There Done Thai did the other day when he dipped his pen in vitriol and wrote a lot of untruths about me without a leg to stand on.

Be that as it may, I decided to go for a stroll this arvo with my little camera and took a few shots of my neighbourhood as seen by the date marks thereon, just because I believe in the adage that a picture is worth a thousand words.

Our vitriolic friend made a point of picking up on my “pristine beach and hygiene remarks" and ran with it. He contrasted it with sitting in Thai beer bars and getting a rub down as a better alternative in Thailand. Don't believe it; here's a reminder and I quote: “We can't stroll down the road to a park for a bar-b-q, or a swim in a clean ocean like Airmail? So what? We can stroll down to our favorite bar and have a beer while being massaged by a couple of beauties.”


So why am I not missing Thailand?

Here are a couple of shots of our beach: 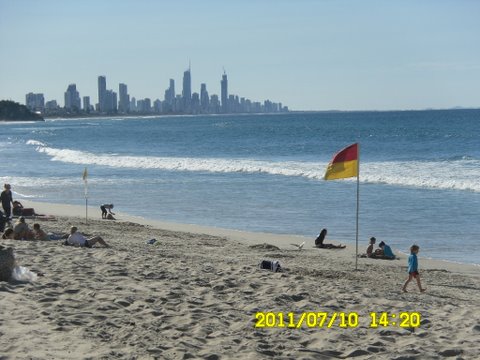 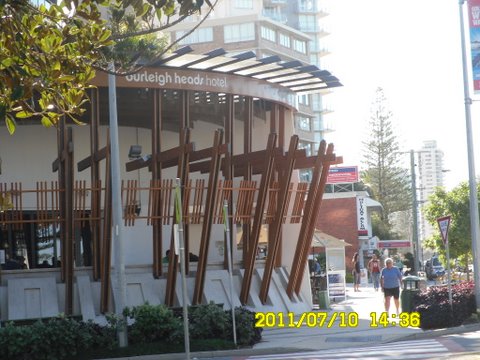 Please note the date; it's the middle of winter in Queensland, Australia and people are swimming at the beach.


The other day an Aussie woman drowned in Karon Beach, here's a picture of OUR local lifeguard on duty: 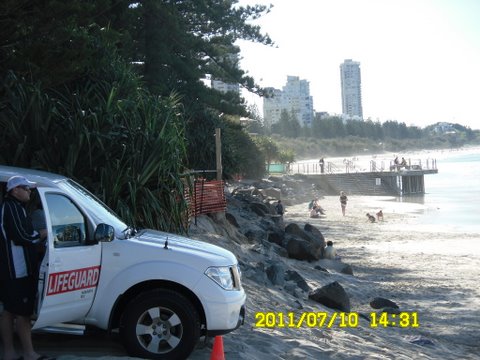 The local Surf club is just behind him, see here: 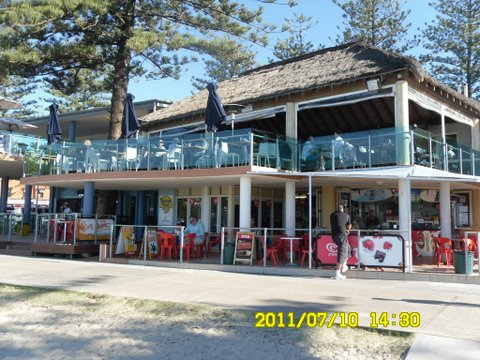 About Thai tucker: a couple of hundred meters up from the beach there are a couple of Thai restaurants open for dinner every night, one of them is an Isaan one serving sticky rice and fried chicken among other things and two doors down is another one with Thai fusion food next to an Italian Restorante. Please note an authentic Thai massage place just in case… What else can you ask for and a great Aussie pub with ice cold beer nearby…pix as follows: 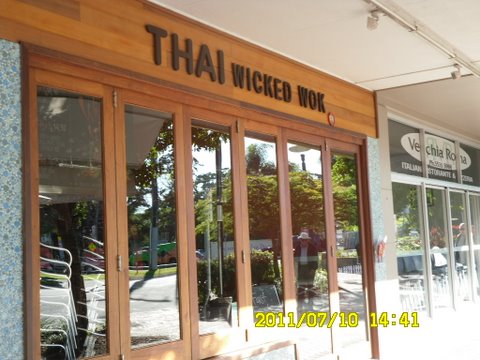 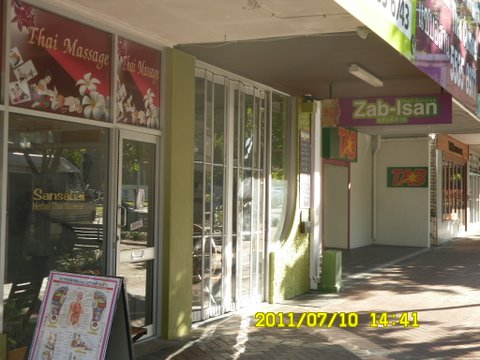 I hope my pictures are clear enough to convey the environmental advantages of Australian beaches as opposed to the Thai ones. We even have garbage bins to make sure that when Thais visit they don't throw their plastic wrappers into the water. Just kidding… But really, have you noticed the lack of garbage cans on Thai beaches?


With regard to our “writer” posing as a resident of Thailand and inviting me to join him there to see if I can hack it, well you know what? I don't think so.

Here are some pictures of the streets and waterways of my immediate neighbourhood: 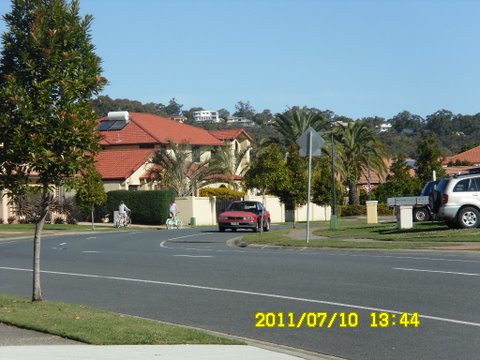 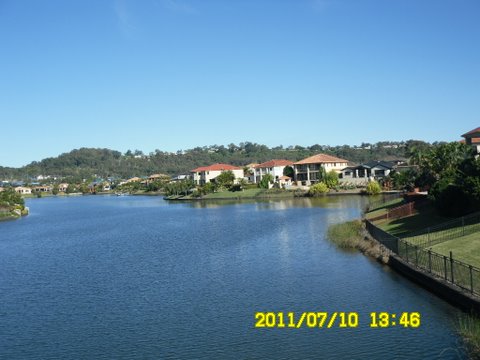 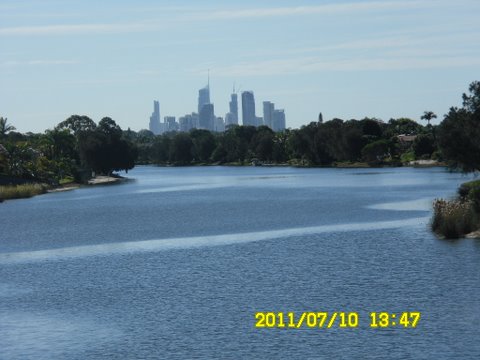 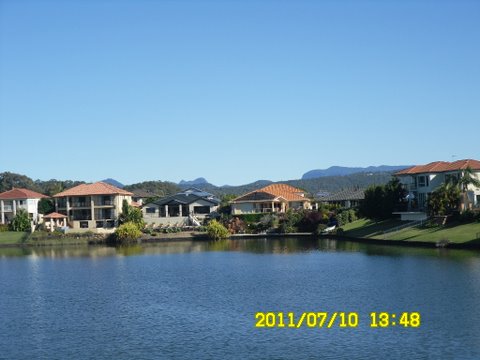 Not exactly slumming it but neither were we in Thailand so it's not that I fled from there as our submitter stated. Here's the house we had in Chiang Mai where we lived up until December 2005 (another myth debunked): 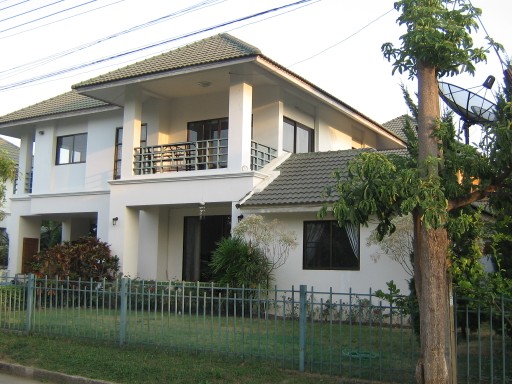 Here's the house we now own in Australia: 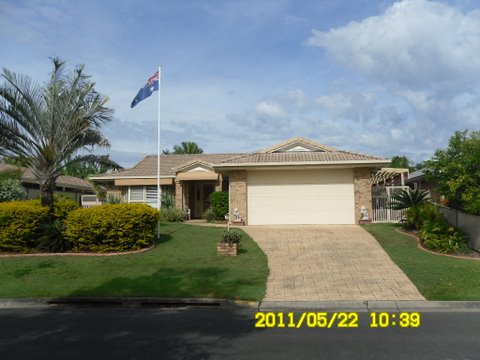 I was quite happy in Thailand and had a pretty good lifestyle but I can have that here too and all other considerations outweigh the life of self exile. There's nothing I miss and lots that I have which I could not have in Thailand. However the best thing which I couldn't leave behind there was my wife and our son.

So what's this guy talking about? Allow me to let you in on a secret. The guy who wrote that nonsense lives in Australia too. His submission is a total fabrication. Why did he bother? Buggered if I know.

Maybe he misses Thailand and he is projecting. I wouldn't know. I don't know his circumstances and his lifestyle and frankly speaking I don't care.

I sometimes write essays which are partly factual, mostly personal and generalised opinions and some parody. I don't target specific people about their life choices. My comments are across the board and always stated with a proviso. Read my stuff: I always leave room for exceptions even when I'm opinionated.

So I will do so here too; not everyone is an arsehole, in fact most people are decent folk. Most people make assertions based on some research and knowledge. Most people live and let live and don't make it their purpose in life to have schadenfreude (Google it).

Generally I mind my own business and leave others to mind their own. This guy needs to remember to have a life. I sincerely hope he is as well off in Oz as he was in Thailand. If not, it's he who should go back there instead of “inviting" me to join him over there where he is not! In the past 6 years I've been back to Thailand 4 times on holidays and nothing I've seen there convinced me that I've made a mistake by leaving.

I have always maintained that Australia is one of the best places in the world to live and you've just reinforced that!