Jody obviously has got her mind made up. She smacks the beef patty that’s destined to become the integral part of the burger I just ordered on the grill and presses down on the meat hard. Hot grease drops fly through the air left, right, and center.

I have arrived to Koror, the small but bustling business center of the Pacific island nation of Palau, in the wee hours of this morning. Palau is a proud island nation with its own distinct culture, traditions, and language. Or so I have heard. Among the people I have met since I woke up a couple of hours ago were Mister Chang, the owner of the motel I’m staying. He’s Taiwanese. Then there was Akash, the motel’s gardener. I had a nice but basic chat with him while playing with the motel’s cat on the porch. He’s Bangladeshi. And now there’s Jody who’s flipping the meat and bacon of my breakfast burger. She’s a native of the Philippines, from the Visayas region. The only native Palauans I can claim to have had any interaction with so far were the immigration officer at the airport and the slightly drunk taxi driver who shuttled me to downtown Koror at 2 AM in the morning. 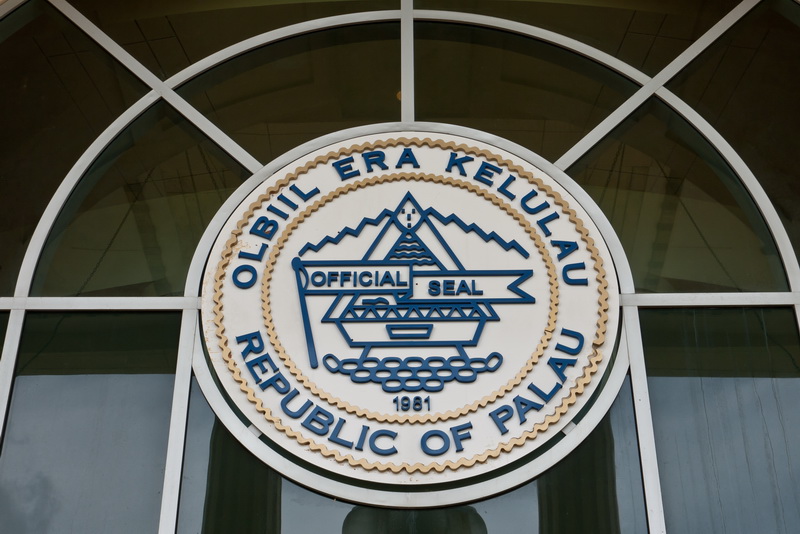 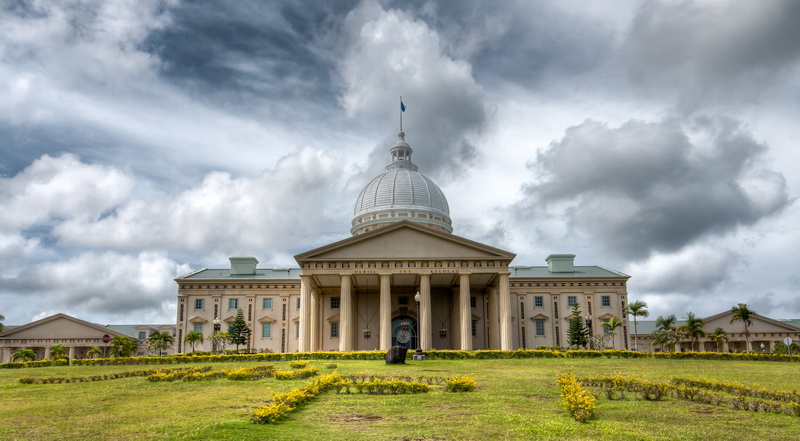 “You know, there are so many of us Filipinos working here in Palau!” Jody explains.

And she’s right. During my stay I constantly run into Filipinos in and around the main island where 95% of the tourism industry is concentrated, as well as on the remote outer islands I get to explore during my stay. I later learn that they make up more than 25% of Palau’s permanent residents. Most of them work in the tourism or service industry. They pump gas, sell groceries, or flip burgers like Jody.

“The Philippines are so much more fun than this place! Far less lonely too!” Jody moans and sticks a fork into the beef patty, as if to punish it for her frustration with this place. This certainly doesn’t do much to build up positives vibes of anticipation about the time I’m going to spend here.

“How old are you?” Jody asks as she smothers a bun with mayo and ketchup.

“Oh! Same as me, and still single!” she smiles and winks at me.

The burger is greasy and not very good, but it provides much needed energy for the upcoming day. Walking down Koror’s main road back to my motel I notice that Jody scribbled her phone number on the paper napkin that came with my food.

I asked the car rental agency for a sedan, but all that’s available is an old model Toyota minivan. Obviously it has been imported from Japan. Its touch screen LCD radio is highly futuristic yet I find it impossible to even change the pre-set radio station as all of its many buttons are in Kanji characters only. Even more inconveniently, the car was made to be driven on the left hand side of the road, with the steering column on the right side of the driver’s cabin. Palauans drive on the right hand side of the road though. This is a first for me.

I drive out of Koror and across the bridge to Babeldoeb, by far the largest island of Palau, and the third largest island in all of Micronesia. I make up my mind to drive around the island in a clock-wise direction. Not long ago the many years lasting and United States’ funded construction of the circular concrete road was finally completed, facilitating access to and travel around the island greatly, but also putting it at risk for rapid overdevelopment and erosion of its complex and strongly interwoven cultural fabric.

The newly built road is in a great condition, and there is hardly any traffic. The scenery is tropical and lush. In terms of real sights there isn’t a lot on offer though. My first stop is at a Bai in Aimeliik State. A Bai is a large wooden, single-room structure with a peaked roof built on stone platforms, and many ritual ornaments carved into it. In the past Bais traditionally served a number of important functions in tribal villages, such as being the most important meeting point for chiefs as well as traditional schools. 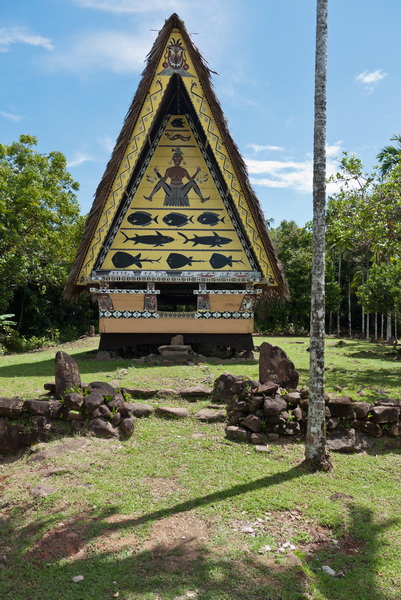 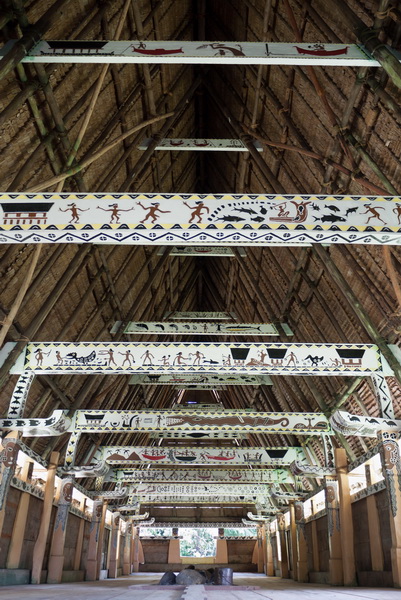 I veer off the concrete of the main road and drive on along loose gravel roads to visit the tomb of a famous tribal chief in the area. Going uphill, on the last few meters before reaching the tomb, I maneuver the minivan to the far left of the narrow road to avoid a mean looking pothole. Suddenly, before I even have a chance to react, the left front wheel of my car slides in a shallow ditch, loses grip, and starts spinning. Before I know what’s happening the left rear wheel follows suit. Going forward doesn’t seem to be an option anymore. I put in the reverse gear and try to back out of my predicament. It’s not working. Both front wheels are spinning now, kicking up dust and sending grass and small roots flying past the side windows. Not good!
I step out of the car to take a closer look, and I don’t like what I see. The bottom plate of the car is perched up on a hump of dirt and rocks, lifting the car’s tires just enough from the ground to make them lose traction.

Spinning around I notice an elderly woman walking down the trail towards me. She’s short and skinny, dressed in old jeans and a dirty old-fashioned blouse. Most noticeably, after what must have been many years of habitually chewing betel nut, her teeth have been reduced to short reddish stumps.

“Yes Ma’am, fool that I am I drove right into this ditch here!”

She chuckles. “Ah! You not the first one! I’ll call my sister! She’ll be able to fix this!”

Ten minutes later a large 4WD pickup truck approaches, driven by another short and elderly lady. Two obese girls aged between 20 and 25 are occupying the backseats. They jump out of the car with big smiles on their faces and grab a rope from the load floor. Moments later one of them has already crawled below the front end of my minivan to attach the rope to its body, while the other girl is doing the same with the pickup truck.

We rev up our engines and make the first attempt of maneuvering my minivan out of the ditch, but without success. My car rocks back and forth but the wheels keep on spinning. On top of this there is infernal noise coming from the undercarriage that scratches along the hump of soil and rocks underneath.

Finally the two girls decide making their serious overweight count and start pushing against the back of the minivan in sumo wrestler style while their aunt and I make another attempt at coming free. It works! With a loud bang from underneath I drive out of the ditch. Already worrying about the car repairs I’ll probably have to finance I get out of the driver’s seat and start inspecting the vehicle. At first sight it appears there are no obvious damages.

The elderly ladies smile at me showing lots of red teeth.

“This is our phone number! Next ditch you land in, you call us right away!”

It sounds like Palai is the sort of place you go to relax, rather than to seek out adventure.

Boardwalk Bing and the Teeruk Tantrum