Faces of Iran – Meet the Soldiers and Reza the Professional

I arrive to Behesht-e Zhara, Tehran’s largest cemetery situated in the far south of the city, on a balmy late afternoon. Behesht-e Zhara is the final resting place for millions of Iranians. Their graves stretch on for kilometers. The cemetery also has special significance being a shrine to the victims of the Iran-Iraq war who have been exalted as martyrs by officialdom. Wedged between pine trees their graves are adorned with glass boxes on stilts holding their portraits and containing fragments of letters, bloodstained flags and emblems, and many personal items belonging to the victims such as knifes, watches, and necklaces. The deceased quietly stare out from their photographs. There are more than 200,000 of them. Posters of revolution leader Khomeini are everywhere. This place, more than any other, brings home the terrific cost of war. 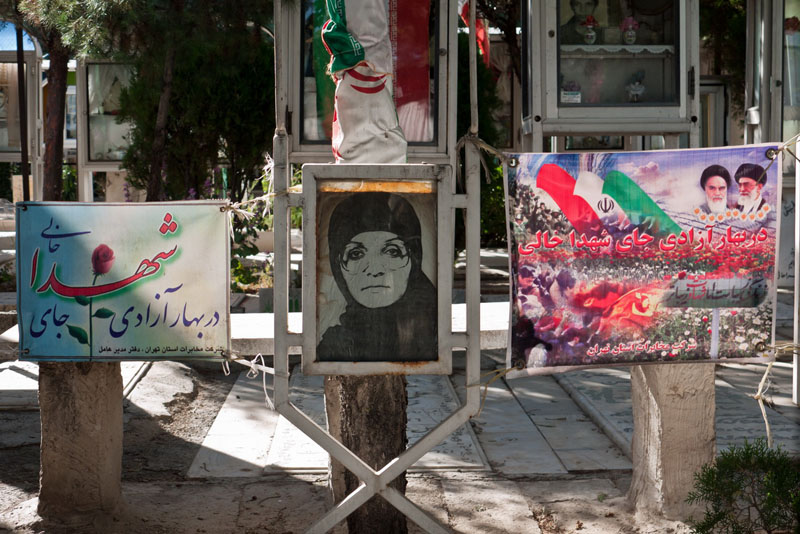 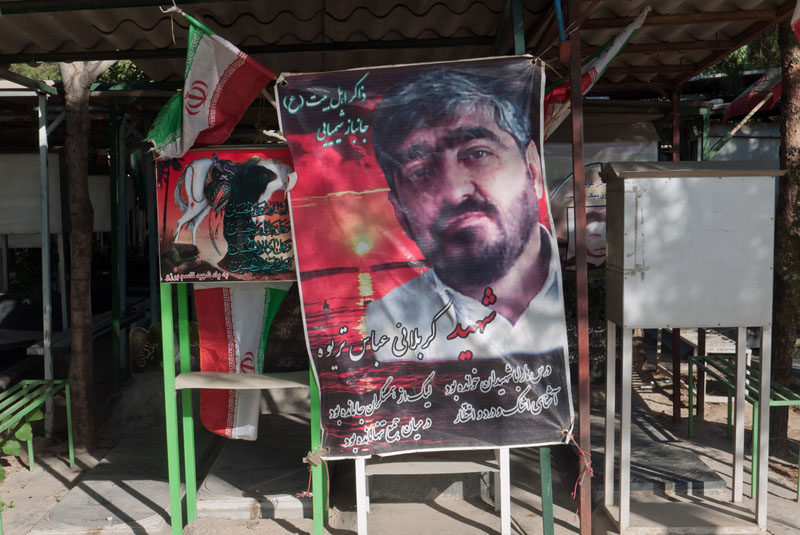 Because of its status as a martyrs’ shrine there is a heavy military presence on the grounds of the cemetery. Sitting on a bench taking a short rest two tall soldiers approach me. They hardly speak any English, but their gestures reveal that they are asking for cigarettes. They sit down next to me and try to make conversation.

With their very limited English and many gestures they explain that they are in the process of completing their mandatory two years of military service. They are on the job every other day from 4 AM until midnight, patrolling the cemetery. During their duty days they spend two hours walking around aimlessly before getting two hours off to rest. Then the cycle starts all over again. They admit to being bored out of their minds and insist on showing me around.

We walk in direction of the large monument dedicated to Iranian pilgrims killed by Saudi Arabian soldiers during their pilgrimage to Mecca in the mid-80ies.

“Marry?” one of the guys asks pointing at me.

“Good! Good!” He claps his hands. “I marry!” He shows me a picture of his wife and son on the display of his cheap Nokia.

We cross paths with a small group of casually dressed men and women wearing the chādor.

“Bad boys! Bad girls! Basijis!* Fuck Fuck! Bitch!” the guys exclaim once they are out of earshot.

(*The Basij is a paramilitary volunteer militia established in 1979 by order of the Islamic Revolution's leader Ayatollah Khomeini. The force consists of young Iranians who've volunteered, often in exchange for official benefits. Currently Basij serve as an auxiliary force engaged in activities such as internal security as well as law enforcement auxiliary, the providing of social service, organizing of public religious ceremonies, and more famously policing of morals and the suppression of dissident gatherings.)

At a grave of a martyr of the war we witness an ongoing mourning ceremony. Three neatly dressed men and three traditionally clad women have summoned around the glass box. They decorate the grave with flower petals and repeatedly rub their hands over the tombstone. One of the women wails silently. The guys pull me closer and encourage me to take pictures. The mourners look at us with an expression of surprise and annoyance on their faces. I bow my head and quickly step back.

When it’s time for me to head back to the city the two soldiers offer me to show me around the next day, their day off. I politely make excuses. As a parting gift they offer me the blossom of a flower and a ring. 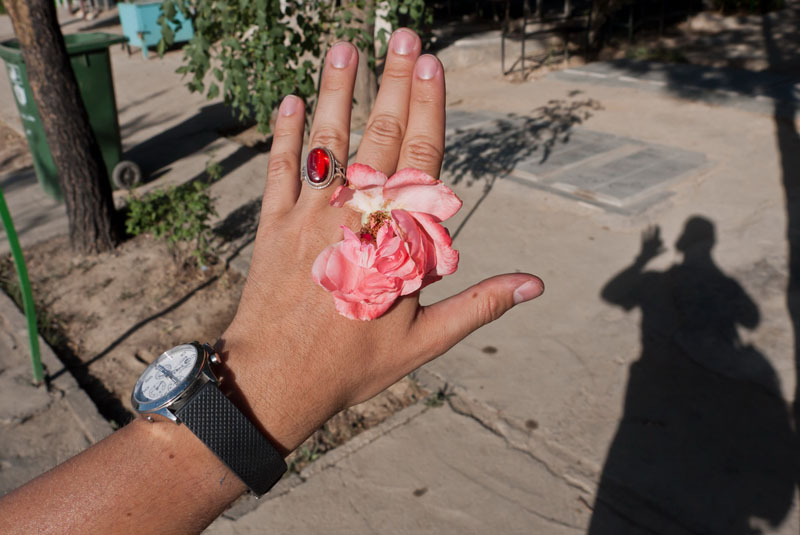 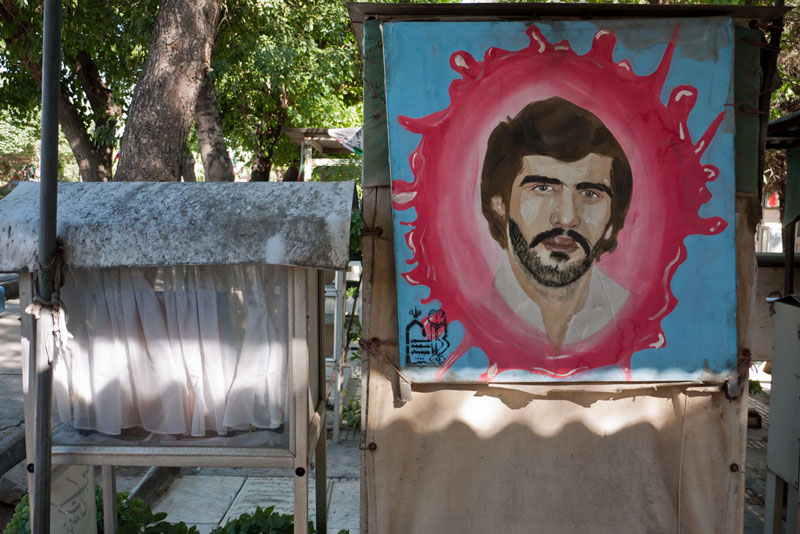 I take a shared taxi back to the center of Tehran. It’s five of us in the car. A fat old lady sits next to me in the backseat of the old Paykan. She smiles at me and talks to me in Farsi. I don’t understand a word of it until the young driver starts translating for me.

“She really likes you!” he says.

“No! I luuuv you!” the lady interrupts in English and looks away shyly.

The driver and the other passengers laugh.

As we reach our destination twenty minutes later I hand the driver my share of the fare.

“No! Lady pays for you already!” the driver informs me. “She asks where you are going now! She wants to come with you!”

Through Reza I have been granted the rare privilege of visiting a high-security industrial complex in Tehran. The work that is done there is closely related to my own field of expertise.

Even though I have just met Reza in person he opens up to me very soon. He appears to be so deeply frustrated by the system he’s subjected to that his anger is literally seeping out of him.

“Only those who are loyal to the government can expect promotion. You definitely need the right connections, and if you are not known to be religious you don’t stand a chance anyway. We work in such a stressful and safety critical job, yet our salaries are the same as the ones of normal school teachers without any special qualifications. Some of my colleagues work second and third jobs to make ends meet. Then they are too fatigued to work their first job. There is hardly any safety culture at all. Our managers foster an environment of fear. They have managed to drive a wedge between people. There’s a lot of mistrust. Once our management has even accused me of being a foreign spy! They suspected me because I’m known to be computer-savvy and am never seen in the prayer room. They brought in a government official to interrogate me. He asked many uncomfortable questions. In the end I shouted at him for having the audacity of calling me a traitor. I think that surprised him, as he left me alone from then on. Honestly, I’d give anything to leave this country and work abroad, but as an Iranian this has become close to impossible. Sometimes I feel I should simply accept this as my fate and stop being upset about this awful situation, but it’s hard. When I’m really feeling low I sometimes accuse my mother for not having left the country before I was born, but of course I cannot put the blame on her.” 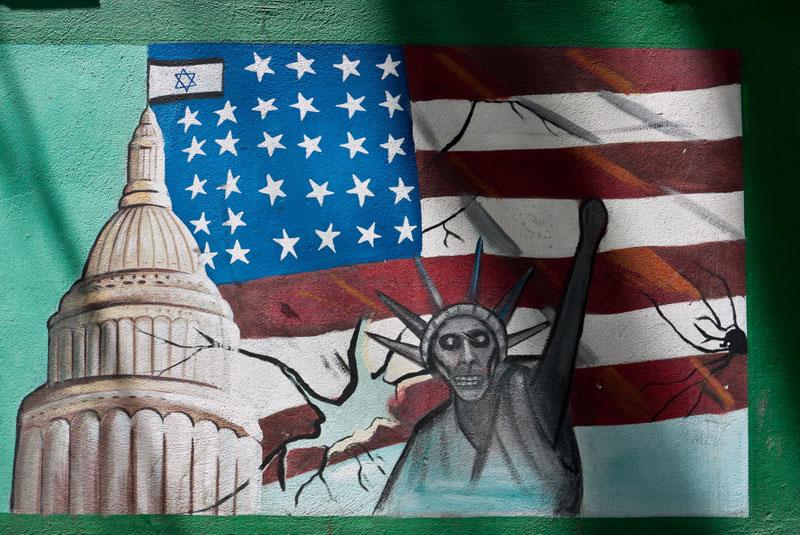 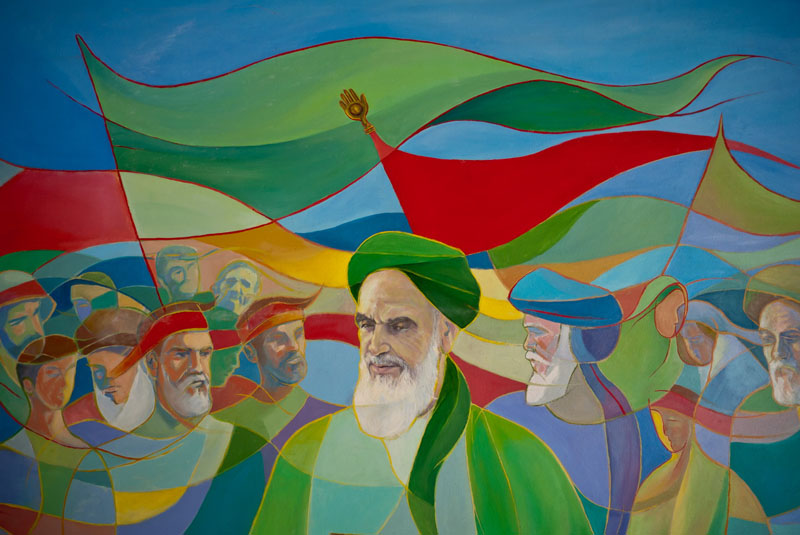 Entering Reza’s workplace I am introduced to many of his colleagues who take a lot of interest in me. While the dress code in my company is always very casual, here everyone is wearing suits and shiny leather shoes.

“Actually you are the first person visiting here who doesn’t wear a suit” Reza mentions. “Our manager will be somewhat shocked!”

Sure enough, when I enter the manager’s office he musters me from head to toe.

“You know, if we want to be with a girl we can get a temporary marriage license. It can be issued for one day, one week, one month, or for any other period of time you wish. You must forget about what’s officially possible and impossible in Iran!” he reminds me time and again. “Anything goes in Iran!”

Fascinating – and the bit about the temporary marriage license is a laugh. Pragmatic Iranians!

This has been a most fascinating series and one I personally have enjoyed immensely!

Fear and Loathing in Pattaya, Part 11: The Plan