Do You Love Your Ears? 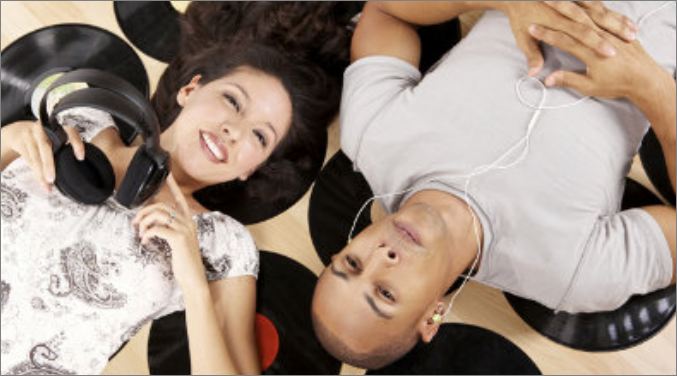 I was reading this article http://www.foxnews.com/health/2010/10/22/noise-induced-hearing-loss/?test=faces with great interest about noise induced hearing
loss and I couldn’t stop thinking about it. I thought of my father who used to be Mr. Macho and shoot his rifles without hearing protection as was common in those days, and my police captain Uncle who did the same thing. They were both
going deaf, the only difference was that while my Uncle chose to wear hearing aids to better function with people, my father refused. I couldn’t stand to sit in the same room with him when the music or television was on without putting
earplugs in my own ears. Which I did so we could enjoy television together.

In the west it’s very common to see elderly people with hearing aids. I used to mentally call these people part of the “false teeth” era. When my parents were growing up they didn’t know smoking was bad for you,
how to properly care for their teeth, and it appears they didn’t understand much about preserving their hearing either. In contrast my recently deceased 94 year old grandmother could hear a pin drop in the next room, she had the ears of
a coyote. Women tend to not work with power tools, lawn mowers, shoot guns, or work in industries where hearing loss is a threat. Nor do they normally go to war.

The fact is, we’re only given one body and one set of parts, so we need to do all we can to preserve them. I won’t mind getting old, but I will mind being old if I’m confined to a bed, can’t hear, or have other
functional issues which prevent me from enjoying my life. And the truth is we can do a lot about preserving our health. The knowledge is there, the workplace rules are in place, and the technology is available. In modern times there really is
no good excuse for losing your teeth or your hearing. Or is there?

New technology creates new threats. As I watch my 17 year old son with his Ipod earbuds stuck in his ears I think of my deaf Father and Uncle. Ask a 17 year old, they really won’t believe Steve Job’s would sell a product which
could harm them. But he does. Car stereos have great new technology as well. Levels so high in a tiny enclosed space. Clubs are the same. The very technology which excites and thrills the young, is also taking away their hearing once decibel at
a time.

Sure, I made my sons aware of this, showed them studies, and while they were young enough to be monitored I’d check on their listening levels. When we worked in our workshops, raced cars, or went to the shooting range, I always had
top of the line hearing protection for everyone. Yet, I wonder how loud he cranks up his Ipod when I’m not watching. I know if I was that 17 year old I’d find a way to use technology to hide the levels from my dad.. My guess is he’s
no different. He also might be the next generation walking around old and deaf.

I’ve also noticed that most every Thai person I know is hard of hearing. If I watch television with them they can’t hear the sound as my normal listening levels. I’m constantly asked to “turn it up please..”
A brief look around the city reveals why:

Sound levels and the amount of time you’re exposed to those levels determines if the environment is safe for your hearing. My guess is that most city streets in Bangkok exceed the levels. Most malls probably exceed safe levels by 300-400%.
Workplaces rarely have sound insulation and I’ve yet to see a Thai person wearing hearing protection of any type, even when working in extremely loud environments.

We’ve all been to the Thai clubs where the music is so loud you have to literally shout into the ear of the person sitting next to you to get a word in. Many times I’ve left a club and walked outside into a sort of numbness
and didn’t fully recover my hearing until the next morning. Well, not really. If you understand how hearing loss accumulates over time, and how sound is constantly killing off the fine hairs that allow you to hear, then you’ll understand
each exposure to this type of environment is causing permanent and irreversible hearing loss.

Here’s the kicker. The Thais I’ve noticed who can’t hear well. They’re woman. In the west women aren’t going deaf, but they are here. Why? Environmental noise like I described above. And if you consider
the women I’m referring to are in the 25-40 year old range, then you’ll understand how serious the problem is.

Hearing aids are expensive. In Thailand only the rich can afford hearing aids. There are hearing aid stores in Thailand and I’ve been to a few with my Uncle and another friend. There’s just not that many because the average
Thai finds it less expensive to just turn up the music or stereo than worry about it. While at the same time damaging the hearing of the children living in the same home. It’s perpetual.

I know in the west many cities take noise very seriously and our workplaces are well monitored for excessive noise and other hazards. But what about while in Thailand? In Thailand we need to look out for ourselves, to be educated, and to
not allow ourselves to be in the type of environments which cause hearing loss. This means most bars, most clubs, almost all the streets if not in your own car/taxi, most shopping areas, and I’m sure you can think of many other such places.

A precaution is simple. Carry around a few sets of foam earplugs in your pocket, they often come in keychain containers, and when you go in a loud bar or club then use the earplugs. I say a few sets, one set for you, and bring a few sets
for your mates as well. Ask yourself, do you want to be that old deaf guy some day? We used to not have a choice, but today we do. Make the right one.

For sure, Bangkok is a horribly noisy story and many of us must have suffered hearing loss here. I hate to think of all of the other conditions we might have suffered from, such as respiratory problems from the terrible air!