This is the second part of a three part record of my trip to the Philippines. Part One covered Cebu and Part Three covers Bohol. These are just my impressions, I accept that they may not be accurate.

At a ridiculous hour the next day I rose to check out and catch a cab to the airport. The usual interminable waiting at the airport until we all trooped out to a small turbo prop plane. Confidence was not inspired as one of the ground staff walked up and kicked the tyre as if he was contemplating buying it. I was in seat 2B and told to enter by the front door, there was no front door so I joined the rest going in the rear, slowly making my way up the aisle as everybody stowed their luggage. Things looked up as I discovered I was to sit next to an attractive Filipina, as I sat down she looked up with a look of horror on her face. I know I am past my sell by date, but I thought that was unduly harsh. I later discovered after a rough bit of flying, as I wiped a few flecks of her vomit off my trousers that it was her first flight and she was terrified. 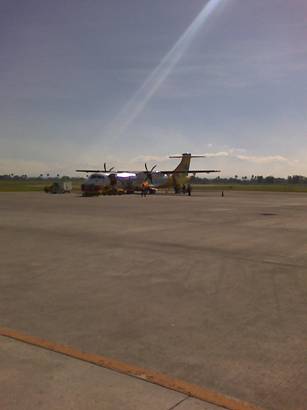 Landed safely at Bacolod despite the dodgy tyre and waited for my driver. Umber, the cousin of Danny2. He introduced himself saying Umber was his current name! How often does he change it?

The Sylvia Manor Hotel was my third choice, the other two being fully booked. I walk in and 'Diana' leafs through a pile of reservations and greets me by name. I am obviously the only westerner booking in that day. Diana announced that as I was a businessman, I was getting an automatic room upgrade at no extra cost. I have left out that she inserted the word Sir after every few words. I was dressed smartly, vomit stains excepted, and don't think she was being funny. Diana asked what was my reason for visiting Bacolod – I briefly contemplated telling a fib and saying ‘business’, but answered ‘pleasure’ to avoid complications. The room upgrade was not taken away.

The room upgrade seemed great, a modern room with quiet air conditioning. The sting in the tail was that the quiet air conditioning allowed the noisy traffic to intrude. They obviously thought let's see if we can flatter the idiot into taking the room nobody else wants. It does have free wi-fi, which is better than the Cebu hotel which charged an extortionate 100 Pesos an hour. The room cost is also less than half that in Cebu for a better room, traffic noise excepted.

I was lucky my first two choices of hotel were fully booked. I would recommend the Sylvia Manor. The staff are great and the hotel chef was very skilled. I will always stay there when I visit Bacolod. 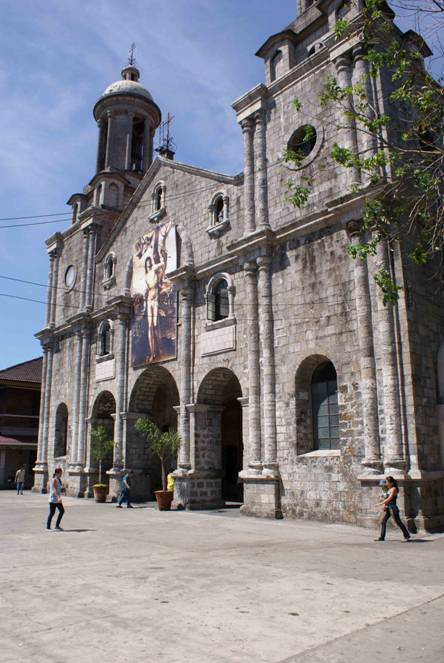 Bacolod has a much nicer vibe than Cebu. I ambled down to the Tourist Office where a very helpful lady told me where to go to photograph the railway engines. Then a walk to SM Mall to eat and get some cash. Things are looking up. All I need to do now is arrange for my laundry to be done and book Umbar for tomorrow.

The contact used by Farrail came up trumps and arranged for me to have a tour of the Hawaiian Philippine Mill and loco yard. They also expanded on the information given to me by the tourist office.

Went to Trattoria Uma to eat as it was recommended on the internet. I had Bruschetta followed by Spaghetti Bolognase. It was excellent and washed down with two glasses of red wine. I expected the wine to be awful, but it was actually very nice.

The following day Umbar picked me up at 10. What followed was for me one of the high points of the trip. The tour of the mill was very interesting. They keep two steam engines in working order and if you give two weeks notice you can hire one for the day to travel round the sugar cane fields. 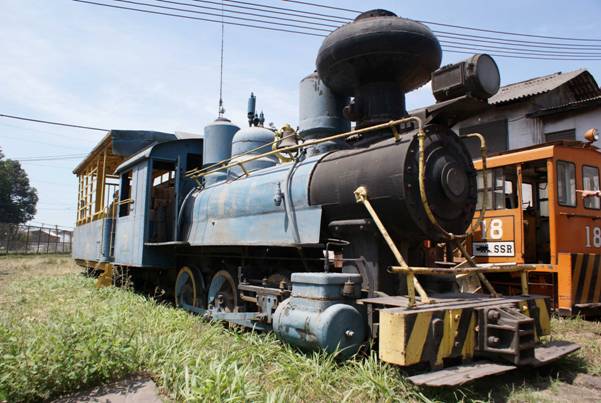 The move to transport the sugar cane by lorries meant the farmers could easily transport their cane to the mill paying the highest rates. I guessed that with the railway as transport the Mill could dictate the price as the farmer had only one buyer. 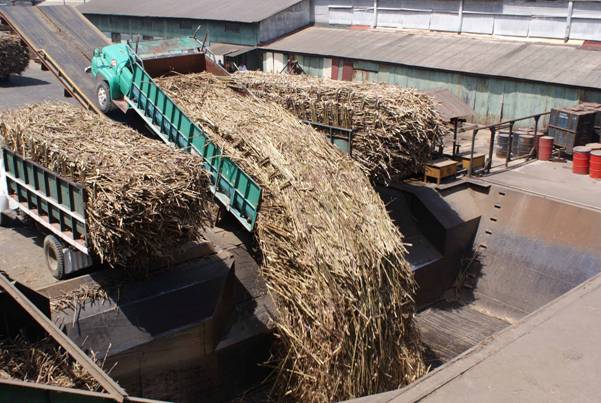 Then on to view static exhibits in various parks in the area followed by a visit to Bacolod museum.

In Cebu I had one greeting of 'Hi Joe'. It is far more common in Bacolod and the people are certainly friendlier. Both here and in Cebu, the back of Jeepneys, Buses and Lorries are plastered by 'How's my driving Call nnnnnnnn' stickers. At first I thought this was a joke, but I have decided they are excellent drivers as I have only seen one accident. I also saw a Jeepney with the Top Gear logo on it. Is there no escape from Jeremy Clarkson?

Exhausted after a long day I ate at the hotel and had an excellent meal. Thankfully the bar or whatever it is across the street stops playing its loud music at 11pm allowing me to get to sleep.

The ferry to Bohol and the hotel are booked for the next stage.

A long drive and two steam engines, one of which was a Shay. I would love to see one working, there must have been horrendous power loss through the complex transmission to the wheels. A line of tricycle taxis is parked in front of the Shay waiting for custom from the mill. From the smell the drivers used the area behind the engine as a toilet, I was careful where I stood. 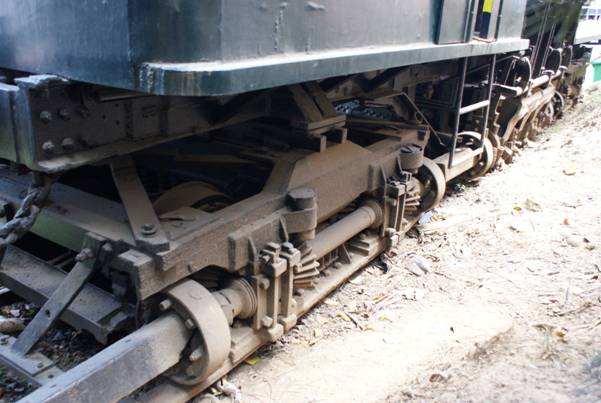 Flexible Transmission on the Shay at Sagay

Once again sugar cane dominated the landscape. We passed through many villages, usually with a "Slow Children" or "Drive Carefully" sign at the entrance which also carried a large Coca Cola advert. The houses range from bamboo construction for the poorest, passing through wood, painted wood, hollow block to painted hollow block. Bougainvilla drapes everywhere and is beautiful. There are also many different palms supplying everything from Bananas to Mangos. The Mangos have a yellow skin and are very sweet and much tastier than the varieties sold in the UK in my local Sainsburys.

The road varied from smooth to large potholes. A large rock thrown up by the wheels damaged the transmission and restricted Umbar’s speed. Perhaps not a bad thing!

Lunch was in Cadiz, Jolibee. Westerners are obviously a rarity as quite a few people stared at me.

In the evening I invited the Farrail contact to dinner as a thankyou. The introduction allowing me the tour of Hawaiian Philippine was worth its weight in gold and the highlight of the trip. We ate Chinese at a place called PAO. Very nice and amazingly cheap. Even though I was buying she insisted on asking the waiter for the OAP discount as she is a senior citizen.

Much the same as the day before, but without as much success. One static loco at La Carlota, but I was unable to talk my way into the La Carlota Mill or the Biscom Mill to photograph the derelict locos. In both cases a letter from the manager was required. This was a risk I took doing the trip with no preparation.

On a previous day the driver had asked me if I was angry. I know I can look severe when I squint into the sun, so I tried to smile as much as possible. A few times he asked me if I was angry until I twigged he meant hungry. I was – we stopped at a small roadside cafe where I ordered burger, but it seemed to be more veggie burger than meat.

The sun continues to shine, it is far more pleasant than Cebu as the humidity is much lower. The distant mountains in the middle of the island trap the clouds. I will be sad to leave Bacolod and Negros.

It is interesting seeing how the locals cross the road. You get the dashers who make a run for it, perhaps the most dangerous method. You get those who cross gradually, a lane at a time with the traffic weaving round them. The school children will often cross a lane at a time in packs which makes it entertaining for the drivers as their lane disappears into a mass of humanity. The drivers are very disciplined, if two lanes need to swerve into the oncoming traffic to avoid pedestrians they do it in formation. The most amusing type crossing the road are the young ladies. They saunter across, bag casually on their shoulder, not obviously looking to left or right, but giving off a vibe "I am cool and looking hot" so traffic will move round me. I did wonder at what age this attitude stopped or if they only found out in hospital. Little old ladies, as everywhere, are a force to be reckoned with and hobble across the road with traffic good naturedly moving out the way.

My driver Umbar was good, but ruined any goodwill by blatantly overcharging on the trip to the airport. I was intending to use the hotel car for 150P. Umbar insisted so I gave in as the journey to the hotel had only been 100P more at 250P. On the way to the airport we stopped for fuel, that cost me 500P, followed by a demand for 1000P

at the airport. I was not impressed, but paid up.

It was a smooth flight back to Cebu and a taxi to the Ocean Jet terminal.

I found catching the Oceanjet to Bohol somewhat confusing. After paying for the ticket, 2 yards further on you pay somebody else the departure tax. At least, that is what I assumed it was, they could have been having a laugh at the foreigner's expense and seeing how many contributed to their tea fund. The prayers for a safe journey, frequently broadcast over the tannoy, both on the boat and in the terminal, did nothing to reassure me.

Arrival at Tagbiliran, Bohol, was straightforward. The Bohol Tropics Hotel has a stand in the arrival hall and provides free transfers to the hotel.

I picked the Bohol Tropics Hotel as it was recommended by Jim Sibbick who has a very informative website about Cebu and the area. The hotel front desk staff are as miserable as an English civil servant realising they will not get a pay rise for the next ten years. The exact portion control at breakfast was painful to watch. Also some people were rushing round with clip boards making notes. Most probably the auditors – no sense of humour.

Another hotel room badly in need of renovation. 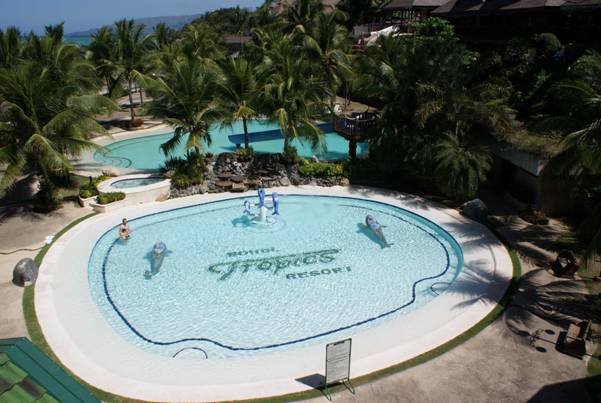 Very nice report and I like the photos and your no nonsense style of writing.