One Night In Bangkok

I recently spent 9 days in Hong Kong and Macau and upon my return I decided it was about time I checked out Bangkok. I have been coming to Thailand 2 – 3 times a year for the past 5 years but my knowledge of the city has come primarily from the reports from Stick and not from personal experience. I have traveled to most parts of Thailand but spend the most time in Pattaya because I enjoy the “party” atmosphere so I will make some comparisons between Patts and Bangers.

Having read so much about “the mother ship” from Dana and many others in the readers' submissions, I wanted to stay at the Nana Hotel but it was fully booked so I chose another hotel nearby. After checking in and showering, I walked down Soi 4 toward Sukhumvit Road. I wanted to check out Eden Club because I had read so many good reports online. I suddenly realized that I could not remember where it was located. After walking around the area for a while, I crossed over Sukhumvit and began exploring some of the side sois there. It wasn’t long before I spotted the sign for Eden Club and headed in that direction. I sat at the Aussie Bar for a while and checked my email while sipping a beer and working up my enthusiasm for the forthcoming three way / lesbian encounter.

After awhile, I crossed the alley and entered Eden. There were two other customers seated at the bar and as I took my seat the mamasan handed me the menu and explained how things worked. The girls were brought out and lined up on both sides of the yellow (anal sex) line. There were some ok girls but none that I would consider to be really attractive. Maybe it was the time of day (3 PM) or the best girls were currently engaged. I am very particular and prefer small, very attractive ladies and just didn’t see any that I really wanted. I had been looking forward to this encounter with great anticipation but now I was disappointed. I told the mamasan that I would pass and the two other guys at the bar came to the same conclusion. We began chatting and they told me about some other bars in the area that I should check out. They seemed to know the area well but surprisingly, they had never been to Nana Plaza! They did suggest the Biergarten which I had read about on the internet and had been to the Pattaya location many times so I decided to go there. (Pattaya's Beer Garden and Bangkok's Biergarten are not related in any way. The Bangkok location is Thai-owned and the Pattaya one is Kiwi-owned – Stick> As I entered I was surprised to see that it was so crowded in the middle of the afternoon. I found a seat at the bar and ordered a beer. I checked out the ladies and found there were a few that were fairly attractive but none that were stunners. After a few minutes the man seated to my left turned to me and said “cheers” so we clinked bottles and began an enjoyable conversation. After a few beers, I decided to head back to the hotel for a nap to get ready for my night in Nana. 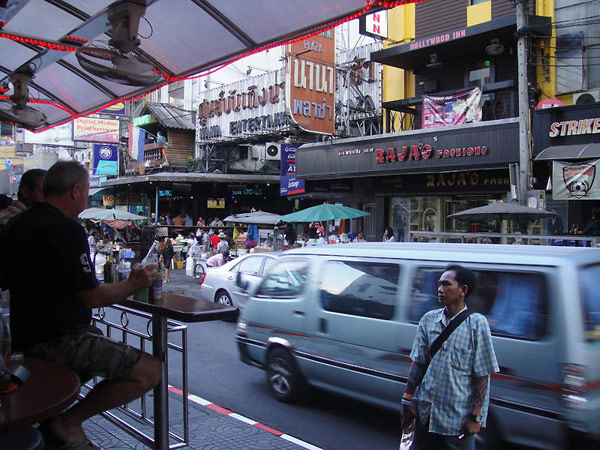 After some rest, I took a motosai taxi down to the Nana area. I chose a beer bar near the entrance to Nana Plaza, ordered a Heineken and sat back to observe the scene around me. The first thing I noticed was that there seemed to be a better class of clientele compared to Pattaya. Tattoo-covered misfits were not as prevalent. Most men wore shirts with sleeves and shoes instead of flip flops (maybe because it is not a seaside location). I didn’t see the crude behavior that you see so much of in Sin City. I struck up a conversation with a German guy who was seated next to me and we had a nice chat. After he left, I drank a couple of beers while talking to a nice girl who wanted to be my companion for the evening but it was far too early to make such an important decision so I said goodbye and headed into the plaza. After walking around I came upon Rainbow 4 which Stick has mentioned on his site so I went in there. There were some very hot girls and the atmosphere was friendly and fun. After two beers and some lady drinks I decided to push on. The next familiar name I came upon was Spanky’s so I went in there. It was nearly empty and the girls were not that great so it was one beer and off again. Next I saw Angelwitch and having enjoyed the Pattaya location I decided to check out the show. It was smaller than the one in Pattaya but the performance was similar. After a while the show lost my interest so I paid the tab and headed out. Since it was getting near closing time I headed out to Sukhumvit to get something to eat. I came upon two girls sitting at a sidewalk table in front of McDonald’s so I sat down and ordered a beer. We started talking and spent a couple of hours having a great time (with me paying for the drinks of course). We were entertained by the constant coming and going of some large rats that were living in the gutter not 3 feet from my seat! The girls explained that they eat them in their home province but not in Bangkok because the rats eat many “bad things” here.

By now, I was feeling pretty drunk so I decided to check out the Nana Hotel car park and coffee shop before heading back to the hotel. The car park was a lot smaller than I had pictured in my mind from what I head read online. There were not as many girls as I had expected and not many really attractive ones. The coffee shop was nice and very large. I had a bite to eat and then headed back to the hotel for some sleep before my taxi ride to Pattaya in the morning.

I woke in the morning to a hangover and after showering I checked out and arranged a taxi to take me to my condo in Pattaya. The driver went down some side roads and then emerged into the traffic of Sukhumvit. We inched along until we were in front of Soi 4 and (I swear this is true) the song One Night In Bangkok came out of the stereo. I had already decided to write this report and had even titled it in my mind but that tune seemed to be a perfect send off. 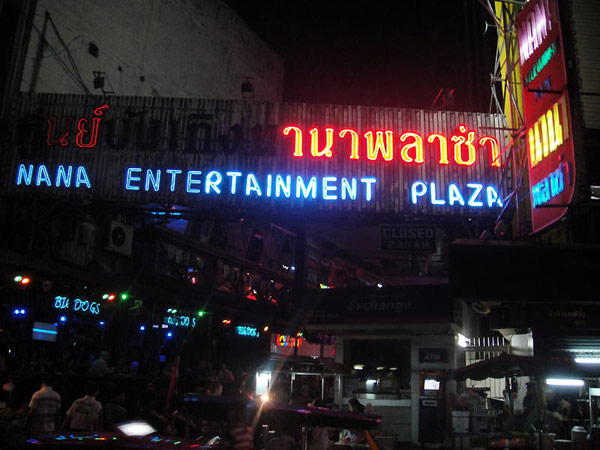 In summary, I enjoyed my brief time in Bangkok especially after my trip to Hong Kong and Macau, but it was not quite what I had expected. I know you can’t really form an opinion of a place in such a short time. I was disappointed that Eden Club had not worked out but that did not keep me from having a good time overall. I enjoyed the intelligent conversations I had with other similar minded expats and that is the one thing I find lacking in Pattaya. I want to get back to Bangkok and check out other areas such as Soi Cowboy in the future. 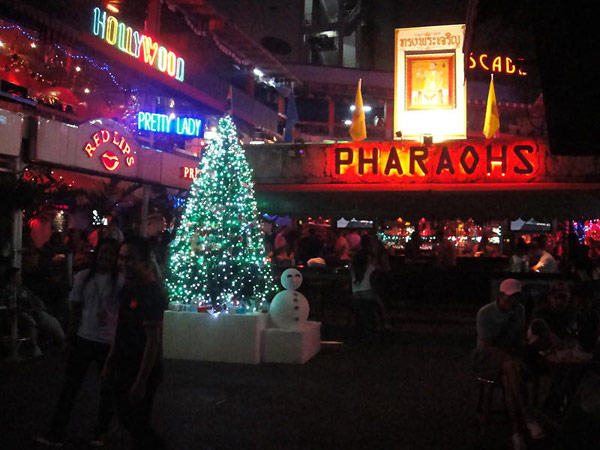 Cultural Differences, Families and the Devil

Why Thai? A Third Reason