My best friend Donnelly and I travelled to Thailand for the first time in 2005 and quickly fell in love with the country. We had been to many countries but none compared to the LOS. Within a year we were planning our move to Phuket but things
seldom go according to plan.

Donnelly and I had known each other for nearly 30 years and were like brothers. We had lived together in Florida where we met, Germany, California, and finally settled in Las Vegas. We opened two successful bars there and had purchased some
properties in Belize where we planned to open another bar. Things were going well. 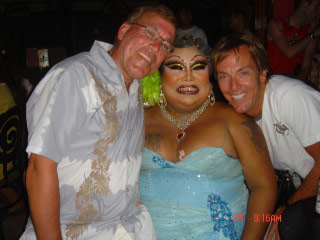 Our first trip was to Pattaya and was quickly followed by more trips to Phuket and Ko Samui. We decided we liked Phuket the most because of its beautiful beaches, many good restaurants, bars and of course the girls!

We found a lovely small hotel for sale directly on the water, at the north end of Patong Beach. We planned to sell our bar in Vegas and beachfront properties in Belize and make the move to Amazing Thailand. (Yes, we were definitely hooked!)
Since selling a business and foreign property would take some time, we were not in any great rush but took our time and continued to explore the area.

Many days were spent on the beach with some new Swedish friends who spent their winters in Phuket. These ladies taught us a lot about expat life in the area and even took care of Donnelly when he became ill on a trip that we did not make
together (Thank you Kirsten, Malin and Anki). We also spent some wonderful days chartering boats for fishing and exploring islands in the area. Of course, nights were spent bar hopping on Bangla Road and searching for the perfect Thai lady!

Donnelly travelled to Europe in Sept. 06 with some friends and was not feeling very well. He even found it hard to drink his beer in the Hofbrauhaus in Munich where we have had many great times in the past. He soldiered on and tried to keep
a smile on his face so that everyone would continue to have a great time.

On his return I could see that he was not well and told him he should take it easy. He had already planned a trip down to Belize with some other friends and did not want to disappoint them. He would not be persuaded to cancel the trip so
I drove him to the airport where I had to help him with his bags and off he went. While there he began feeling even worse and was finally convinced to see a doctor by our Belizean friend Dulce. The doctor ran some tests and cancer at an advanced
stage was the diagnosis. 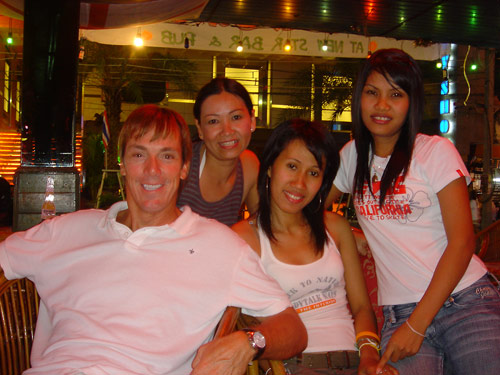 He returned to Vegas and went directly to the bar. He called me from the office and told me to come there as soon as I could because he had something important he needed to tell me. When I got there I could see immediately that something was very wrong.
He did not have his typical smile on his face and was not joking around. He showed me his MRIs and of course I had no idea what I was looking at. He explained that he had been diagnosed with cancer and it had spread to several of his internal
organs. I was absolutely in shock and had no idea what to say! My first thought was that it was just another one of his famous jokes but this one did not seem very funny to me. He asked me to come back there in the morning so we could meet with
the lawyer and begin to transfer the business into my name and then he would check into the hospital after the meeting. That is when what he was saying began to sink in. He was going to die.

He checked into the hospital and was constantly surrounded by many friends and family. There was always a crowd in his room and in the hall and the nurses even brought in extra chairs. He kept a smile on his face and made many jokes to try
to cheer up his many visitors. He looked like he was the picture of health, not like a dying man, but I could tell he was suffering. After two weeks he decided he would be more comfortable in his own bed since there was little the hospital could
do other than relieve his pain with drugs.

We took him home and his family and I tried to make him as comfortable as possible. He quickly began to get worse and stronger drugs were prescribed. As he got worse and worse I found myself praying for death to come because I could not bear
to see him suffering that way. It was so sad watching his mother who was always by his side, watching him slowly die. I even thought about helping to end his life so he would not have to go through such a horrible decline. At the time it seemed
like it took forever for him to pass away but looking back it was fairly quick (four weeks from when we brought him home from the hospital). Along with the incredible sadness I felt, there was also a sense of relief because he did not have to
suffer any more. 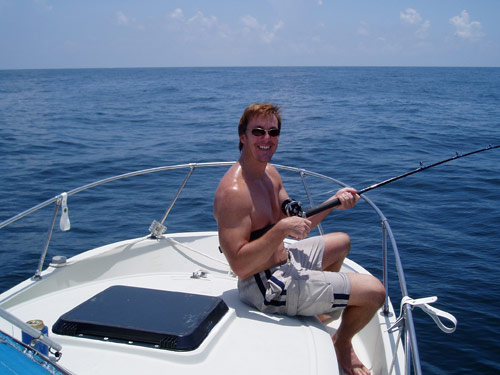 We decided to throw a party for him rather than a funeral as I am sure he would have wanted it that way. Many people showed up at the bar to celebrate his life and everyone was encouraged to tell their favorite stories about him rather than mourn his
death.

I have returned several times to Thailand but it just is not the same without him. Many of the places I go remind me of him and I am still sometimes asked “Where you friend?” by people we met in the past. I spread his ashes
off Patong beach and poured a Heineken in the water for him. If you find yourself there look out over the water and have a beer with him. I’m sure he would like that.

That's a damned sad story. Sorry to hear of the loss of your friend.

Reply to “Thailand, A Crap Place To Be”