Combine and mix all ingredients in a Collins glass, and serve. Alcohol % is not provided as it reaches indecent level. 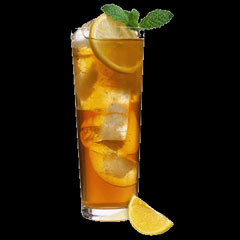 Making new friends or drinking buddies is indeed one of the best parts of going to a bar.

There you can come across people you will never have a chance to meet in your daily life.

For example, I have been so lucky to meet former CIA agents, writers with the equivalent of the Encyclopædia Britannica of unpublished works, owners of multinational companies that look like and speak like sailors, young university teachers that are so drunk they can’t even speak their mother language anymore, but also anonymous people just like you and me, chilling out after having left their suits and their worries at the office.

One of my favorite hang-outs in Hong Kong is Joe’s Banana. It is a bar with a mixed crowd and after 10 pm it is a good pick-up place for Thai birds. They even have a small dance floor and I recommend that you go there on Sunday afternoon if you are a good dancer. You will be a big hit among the Filipino maids that come here to unwind on their day-off.

The night that I came to Joe’s Banana only to meet Beautiful Flower, my Thai femme fatale, a slender beauty from Chiang Mai.

With my teerak from Phuket I have the situation under control, but every time I'm close to that black orchid I have no more brains. I could take a bullet for her, even if she doesn’t deserve it, although one could ask himself if love and sacrifice need to be deserved at all. I'm so lucky to be forced to live so far away from her… She was not yet there when I arrived, so I went straight to the bar and ordered a beer.

A Japanese man was standing to my left who was very busy with his PDA. In this case I’m prone to assume that the person plays with his PDA to kill time, because he has nobody to speak to for example, as I can’t see any advantage to effectively work in such a crowded and noisy place. Wouldn’t he be better to do whatever he is doing in his hotel room while sipping at exactly the same drink from the mini-bar? When he craned his neck from his PDA to his drink, I met his gaze and saw he was still in his own bubble. I didn’t even try to toast him. The only interaction I have had with him has been the smoke from his cigarillo.

To my right were standing two guys, somewhere in their forties, gweilos from an English speaking country, but I couldn’t determine which one as their intonation was unusual. They were obviously together but they didn’t talk that much, like an old couple. They just sipped at an unknown cocktail in a tall glass that attracted my attention.

“What are you drinking?” I ask the faired-haired one.

“Long island” he answers. From his tone I knew that he would be happy to talk to someone.

“Oh, it is a mix of many white alcohols with other stuff.”

“Yes, it is. We have had three already.”

Wow, these guys can drink I think to myself.

“Where do you come from?”

Of course, silly me.

Progressively I got to know a little bit about them and they were smart enough to adapt their English to mine. You see as a non-native English speaker – I’m French – I’m severely handicapped in the jaw, in the tongue and in the ears. As a consequence, I struggle to get the correct pronunciation of many words, to use the right intonation and most of the time I don’t get jokes in rapid or slang English, especially if the music is loud. <Don't be so hard on yourself. Your written English is better than many native speakers – Stick>

The two Scots were brothers, one was a Hong Kong expat, and the other one was just a visitor. The next day, which would be Sunday, they had scheduled a trip to Lamma Island, where the main attraction is not only the sea and the wild landscape, but also the gaggle of Filipino maids that flock there to barbecue on the beach. Phone numbers are exchanged, and in case I’m up to it tomorrow morning, they would be happy if I joined them. Can a drinking night be any better?

That’s when Beautiful Flower came in. Our eyes met, a slight nod, I’m under the spell. All thoughts of chasing Filipino girls on the beach are forgotten.

I have tried that unique cocktail two times and I’m eagerly looking for a third one. This cocktail comes in various names such as Phuket Passion or Holidays in Paradise. 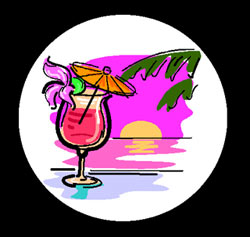 The recipe, well, I’m not sure about it. First, you need an exotic place close to the sea where people are holidaying. Then add a little bit of luck, some amount of cash, and a pinch of humor and avoid at all costs any planning as unexpected events must have room to unfold.

But the main ingredient that made my holidays in Patong has been a bargirl from Soi Lion. She caught my eyes and she has been my companion, my friend, my lover, my Muse, my housewife, my mother and she never let me down. Her cheerful and easygoing attitude had been the very best therapy I know about against the damage of stress and these have been the best holidays that I have had in a long time.

The ones who are married with children in tow will understand. Because they know that family holidays don’t go without a fair amount of tantrum and that most of your satisfaction comes from the sheer and genuine happiness of your children, as the wife is depriving you of nearly everything that could be fun, from drinking to ogling at topless cuties on the beach, sleeping half the day, boom-booming two or three times per day, or being completely engrossed in that latest novel from your favorite writer.

Some are gaping at the beauty of the Thailand wildlife or landscape, some need to parasail or jet-sky to enjoy their holidays. For my part I’m looking for that special and rare spark that flows between two people. I’m looking for this magical moment when we click right away and when getting to know about the other is like discovering a virgin territory with unlimited promises. And I’m feeling lucky to have found my little piece of Paradise in Phuket.

It is a pre-mixed vodka drink 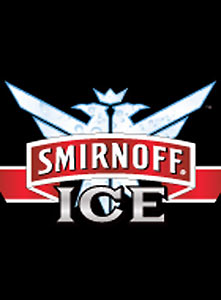 Until now I declined any offer of a Smirnoff ice in my home country, not because I dislike this drink, but because I’m afraid that its taste brings back a flow of memories I won’t be able to hold back, memories I can’t share; it would be like rubbing salt into a wound. Sometimes oblivion is preferable, and the best way I know to find it is to tell the story, using a similar method to the one used to stop recurrent nightmares.

So for the last time, I will let myself be overwhelmed by that Smirnoff ice recollection that will soon be only a story and no more a part of me.

This was the last evening of my first holiday in Patong. I had just bought a small farewell gift to T**, the Thai darling who stayed with me these last 3 days, and as we step forward in the escalator heading out the underwear department of Carrefour in the Junceylong shopping Mall, I had absolutely no idea how I would spend the rest of the night. I already informed T** that I wouldn’t go again to her bar, the next day would be busy, starting early with a flight back to Hong Kong and resuming work. I was expecting her to go home, refresh and start a new cycle with another Farang. But she had other plans, and this is one of the charms of these Thai holidays, as you never know what’s next, good or bad.

Arriving at the ground floor she led me to the supermarket section.

‘Buy something for dinner’ she said while picking up a plastic basket at the entrance.

She then started to fill it with grilled cat-fish, boiled cockles – ‘I know you like’ she commented – lychees and two bottles of Smirnoff ice. Although it looked familiar, I wondered what this drink was but I knew already to “go with the flow” and not ask too many questions, not being able to do something without getting the whole picture first or sticking to a comfort zone being one of the major shortcomings of my fellow countrymen I try to overcome. Of course this is a sure way to avoid getting into trouble but it is also a way to miss terrific experiences.

Back at the hotel she led me to the restaurant, chose a table with a seat and started to unpack the food. We were the only customers and I was worrying like hell to be kicked out the place, so I asked her that she checks with the staff if we were allowed to behave like that. She seemed a little bit surprised by my demand, but she brought herself to do it. The waitress didn’t look at all miffed and she agreed, too happy to be left alone watching some soap opera on TV. Again, no need to try and understand too much, “go with the flow”, some answers don’t bring anything to the table anyway.

Anybody who has spent some time with a Thai woman that “take care you” know what happened next, the meticulous shelling of the cockles, fish meat and lychees, the gentle stuffing in the mouth with the ‘eat more’ incentive, the quiet idle chat, punctuated by the occasional clinging of bottles and a ‘à ta santé mon amour’.

She wanted me to finish all the food. I had already noted that she didn’t like waste and I was quite full and a little bit light-headed from the Smirnoff ice when we got out of the room. She gave the spirit house a wai like every time she went by and I took one more picture as the restaurant staff had replenished it with fresh offerings. As we reached the pool we exchanged glances and we smothered laughs, the memories of the events that happened last night were still very fresh.

Back in the room we settled in front of the TV and started watching some musical program while sipping at another Smirnoff ice from the mini-bar. As she was humming some luk thung tunes comfortably seated on the bed, swinging her feet to beat time, she looked so happy-go-lucky and I was so relaxed that for a fleeting moment I forgot everything. Only this peaceful instant existed, stretching in all direction and extending beyond past and future, and I envisioned myself enjoying such a delightful company for the rest of my life.

‘T**, you know what will happen if you stay here tonight?’

‘Uh-huh’ she said with that mischievous look that I was finding so irresistible, and you too you know.