Pour the gin and the tonic water into a highball glass almost filled with ice cubes. Stir well. Garnish with the lime wedge. 11% alcohol. 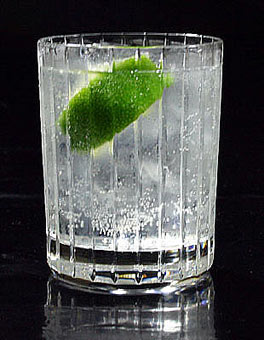 The moment I spotted her on the crowded dance floor of that Hong Kong disco, I knew I had found what I was looking for and I knew it was time to order a Gin and Tonic.

First I saw her highlighted Baby Doll dress under the strobe-lights, made of pure white chiffon that seemed to float in the air, ready to be blown off like the seeds of a dandelion globe in a love-me love-me-not game. The spaghetti straps were so thin that you would have nearly forgotten she was wearing something on her bare silky shoulders. A dress, long enough to cover most of her thighs, but short enough far all to see her beautiful knees and legs, opaque enough to avoid raw exposure of her underwear but not enough not to see through the figure of her shapely body.

I came closer to the dance floor, staying concealed in the crowd. I wanted to be sure she was the One before beckoning her.

She was dancing alone, with graceful slow motion moves, probably following the beat of a distant music I wasn’t listening to anymore, me being mesmerized by her mating ritual.

Avoiding making eye contact, I had a glimpse at her face and I got pretty sure she was Thai. So promising!

I went round the dance floor for a side view. She looked slim in her sweet and flirty dress, ‘her stomach must be flat’ I thought. She had a small bust too and no tarty big boobs that wobble but elegant firm bosoms. Her nose was quite flat and she had strong feet. If it wasn’t for her fair skin I would have bet she was from Isaan.

I moved to see her from behind. Her criss cross dress revealed a toned back and along her spine the higher part of a deep furrow that went down to her shapely buttocks.

I disappeared in the crowd and I came out to face her in front of the dance floor.

At this stage, whoever she was, working girl or not, I would have given anything to get her and I wouldn’t have let anybody approach her. She had to be mine.

I rose my glass toward her with my best smile. She acknowledged me back with a smile, but not that beaming 10,000 W smile that toasts you on the spot, but a sweet soothing one, the one of a person who accepts her fate, a smile you feel more than you see, a smile that spreads around her in concentric waves and that soak you in until your heart is snug, and in a moment of abandon she closed her eyes, her long eyelashes embellished with sequins sparkling.

She approached me gliding and dancing at the same time, and as she reached across I took her hand. I had everything to be happy tonight, a Gin and Tonic in one hand and the promise of love in the other.

In those times I… well… I was the same man but I was behaving differently than today: I was a faithful husband that didn’t cavort with other women and that knew little about Thai bargirls. Although I was still beating myself to have said ‘no’ to the first one I met a few months ago, I was determined to keep on the straight and narrow…

I’m chilling out in Dusk Till Dawn, on Hong Kong Island, and tonight the place is heaving. I’m busy joking with my partners and I didn’t see them coming in. It is only when I’m left alone for a few minutes that while scanning the attendance for a familiar face I spot these two women as they look too at me.

The young one is fair skinned and has a moon face that would be much appreciated in China, but she has something else, may be an unusual grace and elegance, that convinces me she isn’t Chinese.

The other one, older and obviously the leader, is small and dark skinned. She has quite wide hips for an Asian woman but she has an engaging face although a little bit on the wild looking side. She wears jean pants and jacket.

When I toast them they get the opening they were looking for, they toast me back in an inviting way. I get closer to them and engage the conversation. They tell me they are from Bangkok. “Thailand!” they add gleefully as they see my puzzled face and before I ask an idiotic question.

The older one introduces her friend whose name is Rose. We don’t click at all and I ignore her totally as I continue chatting with the duo’s leader. I never felt comfortable with very young women, even when I was young, as I don’t know what to speak about with them.

The older gets all my attention and she has an attractiveness I can’t explain because she is not exactly beautiful. But something in her very friendly and casual behavior makes me feel good, and we carry on our conversation, slowly getting to know a little bit about each other.

Like me she has a toddler daughter. We share pictures and when I tell her my daughter is n°1 in my heart, she shows me an SMS she has sent this same afternoon and where I can see “my daughter will be always n°1” under the picture of what I would learn later is called a luk kreung child.

I learn also she is living in Zurich and I don’t understand at all what she is doing in Hong Kong with her friend. We are joking, she is a hoot and she seems to have absolutely no hang-ups and only a few inhibitions. The time flies like crazy.

Rose is now talking and dancing with an English guy, and they seem to be having fun together too. The relationship seems to develop very fast; now they are whispering things in each other's ear like conspirators. I don’t know what he just asked her but now she nods knowingly. I remark that during all this time my new friend is taking care of Rose’s purse.

As we clink our glasses I realize mine is empty. I mimic sipping and enjoying my drink. Fortunately a waitress is close and I order a new drink after having asked to my drinking partner if she would like something, but her glass is half-full, so ‘no need’. When the waitress is back the Thai woman snaps up the chit on the tray while I’m carefully putting down my glass of red wine on the table. There is no way I can convince her to give me back the bill and she pays. I thank her profusely and we carry on our gentle flirting.

Too soon my boss is rallying the troops and I realize it is late. I have to leave because tomorrow will be a busy day. I say good-bye waving my hand. I turn over and as I’m walking away she catches up with me and gives me a full lips kiss. “Good luck” she says.

During the following hours my lips are burning. 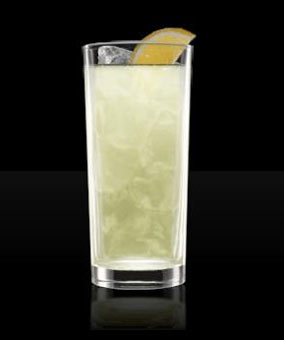 The first time I read about that exotic drink that is lemon juice, it was on the StickmanBangkok website in the travelogues of Pothole Research. It looked a super-cool drink under the pen of Hans Meier, so for my first mission in Phuket I decided to give it a try…

It was 9.30 pm and we had just finished a large and tasteless diner; “finished” meaning that we had terminated it, not that we had cleaned our plates. We had tried the pseudo-fusion cuisine that is the staple of many tourists served in some look-alike upscale but nevertheless nondescript restaurant on Thaweewong Road.

With my customer we were at this time hungry for something else. This was our second night in Patong, and even if the first one had been disappointing, we wanted to try one more time to have fun.

Arriving in the middle of Bangla Road we headed to the left and we climbed a flight of stairs up to Dragon Entertainment, which was said to be a very good gogo bar. Ignoring the 300 baht per person request from the doorkeeper, I half-opened the door and we peeped inside. There was a nude show on the scene, and raw exposure would be a euphemism to describe it. On a tier of red seats no more than ten guys were ogling jaw-slacked at slender naked girls that were writhing like worms to some pounding techno music. Some girls were jumping like grasshoppers from the scene to the tier and were almost rubbing their shaved parts on the bewildered and reddened face of the customers before running back to the scene.

It was far too hardcore for my customer and so we moved to the gogo bar section.

We were quickly shown a table close to the scene, but we opted for a seat where we could have a look at all of the place. When I ordered a lemon juice, I got a surprised look from the girl who was taking the order.

On stage the girls in bikini and see-through Baby Doll were feebly faking pole dancing and were yacking together. No need to spend too much energy I guessed as there were only a few customers, 9.30 pm being very early for such a place. There were some real cuties on stage but no real show.

“Are you gay?” seemed to ask us the waitress making a sign with two fingers. She was wearing a blue T-shirt and a short white skirt with assorted cowboy boots. She was good looking and she could have been on the scene too. We answered ‘no’ by shaking our heads, nearly following the beat of the music. She came closer. "If you like a lady, just point at her and she will come to your table to chat and drink with you". This girl definitely spoke good English, better than us.

Speaking? I’m not sure as the DJ was playing at deafening level, the table was shaking and the glasses were clinking. She may have been some kind of telepath because we understood everything, looking at her moving lips being little help, as there
was no way we could have heard what she said.

I took a sip of my lemon juice but something was very wrong with my drink. If I had been Chinese, I would have spit it out on the floor without a second thought. But two thousand years of Western culture and the presence of my customer in
front of me prevented me from doing so; I swallowed, wondering if I would survive.

Luckily for me this place had no interest for my customer; we left quickly, my lemon juice still shaking of the table.

How they hell did they screw up lemon juice?!

A Stinking Hot Day In Burma