I can walk around all day in Bangkok and never go red from the sun, which is an interesting indication of how much the air is polluted. I know it is, because when I venture outside the capital I go red after quite a short period. That's what happened when I took a recent trip up country, to the Kalasin area. The bus was quite impressive, and an improvement on when I travelled the same route a year ago. It was one of those two-deck affairs, with a few seats downstairs with the main 'cabin' upstairs. Nothing here works the way it should, of course, and our departure was delayed for 30 minutes while we waited for blankets. But no problem really, as arrival time was a dawn-cracking 6am anyway.

Part of the reason for the trip was to view the 2000 eucalyptus trees we've had planted, the plan being to sell the trees for paper a few years from now. If no-one steals them first. They are planted beside a piece of land owned by my father-in-law, which used to have a pond with around 500 fish. The pond has dried up now, but before it evaporated the fish were stolen. Like the wiring strung between poles to carry electricity to a remote house near our land. Imagine waking up one morning, being unable to turn on the lights and discovering it was because someone had walked off during the night with a few hundred metres of cable. Not a good start to the day. My wife tells me that Thais will steal anything, and she even chains our garbage bin to a lamp-post to prevent it being removed by the social scum. According to my father-in-law, someone even stole water from our tank in the garden. It was full when he went out, and empty when he returned. Perhaps it was stolen by the same stranger he discovered washing his car with our water one day. Can you imagine returning home in, say, a Sydney suburb and finding someone in your yard, a complete stranger, using your hose and water to wash his car? No, I didn't think so, but TIT.

Having expected to bake, without the benefit of air-conditioning during the hottest part of the year, we arrived on an overcast morning, and then enjoyed a preview of the rainy season with a pretty decent storm. No more than 28 degrees during the day, it was almost chilly in the evening. Next day same same. After a couple of days at the country estate we decided to take the bus to Mukdahan. The bus between Khon Kaen and Mukdahan passes the house every 30 minutes, every 15 during 'rush hour', and it then takes two hours to make the 110 kilometre trip, which on the way included a 15 minute break for the crew to chow down on some somtam for breakfast and another 15 minute break on the way back because it's a long drive, see. On the outbound trip, the bus crew found a novel way of stopping people making those annoying calls on their mobiles. They played a VCD at such a volume that I had to shout at my wife in the seat next to me. Try talking on a mobile phone with that going on. The VCD wasn't too bad, actually, a concert given by Siriporn Ampaipong. 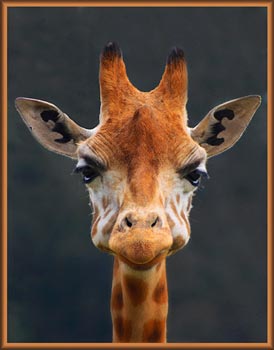 Me not looking Lao

About 35 km out of Mukdahan the boys in brown were out checking, we assumed, for illegal immigrants from Laos, checking ID cards for the Thais and insisting on seeing my passport despite me not looking the least bit Lao as you can see from this picture. Coming back from the border I could understand, but on the way to the border? That made no sense to me, but then I'm not Thai. Fortunately I had my passport with me because we thought we might make a trip across the river to foreign shores in search of the legendary Lao beer. Must be really, really cheap over there, we thought. In the end we didn't bother, but the ferry is 50 baht and a temporary pass is 30 baht. According to a sister-in-law, the boat back costs 80. Why? I'm assuming the prices apply to non-Thais too, but I didn't check because immigration was at lunch. The new Friendship Bridge is also available, but it is eight kilometres out of town so hardly convenient. Strangely, we saw no Beer Lao anywhere in Mukdahan. Not in Tesco Lotus, nor even in a wholesalers we happened upon. Saw one sign outside an internet cafe, and that was it. Getting around Mukdahan is easy, with a kind of spacious tuk tuk. The fare was always 30 baht, no matter the distance we travelled. Compare that to 100 baht in Phuket, the last time I checked a couple of years ago. We took one tuk tuk to check out Tesco Lotus, as it will probably be our place for a monthly shopping trip when we move up there. Interestingly, almost all the signs in there were in Thai or Lao. No English as in most of their other branches.

If you haven't been to Mukdahan, don't bother. It is a town of lost opportunities. There is, of course, the river which separates Thailand from Laos, and the countries are so close you could probably see someone waving from the other side. But there are no restaurants, cafes or bars lining the river front as there are in Phnom Phen. Okay, PP is a capital city, but still it's hardly a seething metropolis. Mukdahan lines the entire riverfront with shops selling cheap clothes, tools and car accessories, and grocery items. That's it. More than a hundred shops I'd guess, all selling exactly the same thing. Including plenty of chocolate, kept out in the 35 degree heat. Not one cafe or place to sit and enjoy the view. Across the road there is a nice promenade, true, and underneath that are hundreds of market-type stalls selling pretty much exactly the same as the shops across the road. One food area tucked away under the stairs. That's it. What is it with everyone selling the same? On the way back to Bangkok we passed one area where about 40 people had set up stands beside the road, all selling corn on the cob. All within a kilometre. Bizarre. Somewhere else it will be 40 people selling mangoes. And so on. Also on the way back, this time by car with members of the family, we came across a couple of amusing toilet signs. See the photos.

Finally, there were a few submissions recently discussing the cost of living in Thailand, and how cheap it can be. The lowest it came down to was 20,000, I think. Well, try 10,000, because here are some interesting figures. My wife bought some food for her father that can be stored in the freezer for him – a lump of pork which she cut into six pieces, and seven large pieces of chicken, all bought at a nearby market. The pork was 120, the chicken 160, so we had 13 meals for a total of 280. All he would add to that is rice. For two of us, that is around 600 for two weeks, 1200 for a month of dinners – approximately the cost of one night out at a Bangkok restaurant. Decent food, and enough of it. I would add to that the cost of potatoes, which we might be able to grow ourselves. Noodle soup for lunch at 20 a day each (again, 1200 for a month), making a total of around 2400 a month (less than 100 a day) for food. Add toast for breakfast, the bread for which we might be able to bake ourselves.

So I find it very easy to imagine that we would be able to get by on close to 10,000 a month, including beer, satellite TV and internet, and electric / air-con charges, once we move to our (okay, her) country house. Okay, I'm cheating because the house is paid for, so no expenses there. Prices will increase for sure before we take the plunge in 2-3 years, but probably no more that 10 percent or so. Much of the money we'll need is already in-country, so exchange rates won't bother me much. There'll be house maintenance of course, and we'll take trips to Bangkok and elsewhere, with associated car and hotel charges, but basic living costs will not normally exceed 10,000. Just shows how cheaply one can live here, if you keep away from the nightlife and / or don't drink your money away.

I too was not emamoured with Mukdahan. Wasted opportunity describes it well. Compare it to say Nongkhai or even Nakhon Phanom and it doesn't hold up so well.

10,000 baht a month…that will be tight, I reckon! Survival can be very cheap as you allude to, but when you want to start doing things expect to start shelling out. I'd budget on three times that amount, at least!

Is The Baht Too High?