The first time I met “Monkey D” I was 16. Monkey D was only 15. Monkey D was a pimp in Detroit running about 100 girls when he was 15 years of age. I lived in a brothel in the notorious 13th precinct. But I am getting ahead of myself.

I spent a lot of time at the yacht club. Our 50 foot wooden racing sailboat took a lot of maintenance and back then fiberglass had not been invented. Nor had nylon lines and it was manila rope woven with wire for the halyards. If the wire
broke through the fiber it would cut through your hand like a razor blade. Hockey goalies did not wear face masks and hockey players wore no helmets. Men were men and boys were trying to be men.

I sometimes think the only real men left in the world play rugby or Australian rules football depending on where you are from. Seems to me the world cup was decided by how well the prancing simps could fall down or lose control of their prima
donna tempers and act like five year olds on a nursery school playground.

It was 1961 and the year I got my Jaguar XK150. A friend of mine was working as a dock boy at the club. He wanted to take some time off and asked me to fill in for him. I was taking care of our boat and a couple of others and got paid $50
bucks a month. I decided I could use the extra cash and agreed to fill his shifts while he was gone. The job mostly consisted of helping boats dock and carrying supplies to the yachts. My friend had neglected to tell me he was clearing a couple
of hundred bucks a day in tips.

At 16 I became a hooker and paid cash for the Jag.

I went to college 90 miles North of Detroit and when I came back to the big city I would normally stay at a brothel. Brothels there were usually in run down hotels and equipped with illegal drinking and gambling establishments that they called
blind pigs. I don’t know why they called them blind pigs but that is what they called them. It was like an Afro American Pattaya. I liked the ambiance of the place and the attention from the girls who had never met a young white guy who
was in the trade. 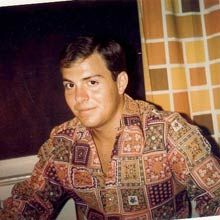 I was quite a novelty. This was the 13th Precinct that was also the home of the infamous Detroit race riots a few years later.

You could score anything you wanted at any hour of the day or night. Great Jazz was the music of the day but rock and roll was also available and Motown was in its infancy.

One night, listening to Miles Davis who was playing at a club owned by Moon Mullins (also a sailboat guy) I was in the men’s room relieving myself, Miles was tying his arm off and I was approached by a young black guy “Monkey
D” who wanted to get in on the white boy club market (in country clubs, yacht clubs and hunt clubs young white college and high school boys were selling their wares to rich old ladies). I informed him I doubted if he could get into the
club circuit without getting arrested (it was the 1960’s) and even though I could not help him with that area we did work out a deal to ship low cost ladies to my college on a weekly basis.

I discovered being a pimp was even more lucrative than being a whore and traded in the Jag for a new Buick Riviera with a 401 Nail head V-8 and a four barrel carb. 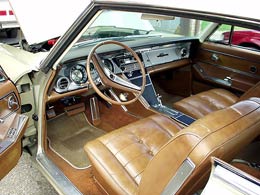 However all was not serene in Kelly’s pay for play operation and somehow the Dean of Men got wind of my part time employment and took rather a dim view of it.

Foreshadowing my experiences in Thailand I had provided free services to some influential students and administrators and escaped expulsion and the even worse fate of them telling my parents for a one term suspension which I explained away
by taking a three month sojourn racing sailboats in the SORC.

I realize it is difficult for the average Farang to relate to the average bargirl. Having walked a mile in her shoes I know how she feels about sleeping with a fat old farang guy.

I used to sleep with fat old farang women, sometimes three times a day (on a good day). I have felt their old and gnarled hands on my young body and watched as they slipped their dentures into a glass of water before going down on me.

The same as it is for a bargirl.

It was a lot of fun.

Those old gals really knew what they were doing. They treated me like a prince and paid me well and took me shopping.

I can understand how the young guys in Thailand feel. I can understand why they are convinced that a young woman would never love an older man. Since they were children young Western men have been conditioned by TV and pop culture to believe
that youth is king. They have been exposed to a media blitz that has convinced them that youth trumps age, wisdom and financial assets. What they don’t understand is that the youth culture was created to sell products and it is advertising
man's creation.

I am sure it must be confusing in the face of all of the young stereotypes now accepted to realize the old guys are still running everything almost without exception.

I can understand also how the young guys must get tired of being told what to do by the old guys.

It must be terrible as a young man to see the cute young woman of Pattaya arm and arm with a grandfather type.

The first time I got to Pattaya in 1968 all of the best looking girls were with the field grade officers instead of with me a lowly sergeant. Not much has changed.

Which brings me to last night. I got a call from a University student friend who is 23. Her Thai boyfriend (24 and an MBA grad) was threatening to jump off of her balcony (6th floor) if she broke up with him. I called a few lady friends of
mine and they went over and kicked him out and brought her back to my place. He had also roughed her up before he turned wannabe jumper.

It is difficult to understand the Thai culture if one is only a part time visitor. It is also difficult if one has a low paying job and does not speak the language. However if you live here and have a decent amount of income you are allowed
to get into numerous social circles.

Since I am a member of a Thai family I was asked for my permission when a wealthy Thai man asked for a young woman in our family as a mia noi. He offered 2 million baht and a new car. He is however 22 years older than she.

We of course asked her (20) how she felt about it. She was all for the idea.

We told her of the problems with trying to have her cake and eat it too. We told her it would be unacceptable to have a younger Thai man for a lover when she was supposed to be with the older gentleman.

I was having a hard time trying to keep a straight face during these negotiations. It was in a large teak room with large chairs and large teak furniture and not well lit. There were six elders there, a few semi elders and me. I have to say
I was writing a Stickman submission in my mind as I listened to the conversations. I was waiting for a monk to come out of the woodwork and start chanting.

Now it may come as a surprise to some but in Thailand, a 22 year difference in age is not considered very surprising.

If the male partner is well to do and treats the lady right then everyone is happy. Now this is of course is not just for Farang. Most of the time it is a Thai man, but also Japanese, men from Singapore and China to name a few.

Young men are at a disadvantage not knowing about marriage. The average guy 50 or 60 realizes after 7 years of marriage about the best you can hope for is a moderated ceasefire.

For some obscure cultural reason Thai women seem to understand this concept very well, hence the concept of mia noi and spring and winter marriages. Thai women realize the young guy will lose his appetite after seven years anyway
so why bother with him in the first place.

Back to my young university student, predictably she called me up this afternoon. She asked me to meet her at the neighborhood laundry, bar and slot machine parlor. I know that’s an odd combination but Chiang Mai is an unusual city
in many ways. You take your laundry into this place, have a few drinks and try your luck at the slots.

The 23 year old young woman had a quart of whiskey on the table and a couple quarts of beer iced down for me along with my favorite grilled marinated chicken and sticky rice and a friendly dog to throw the bones to.

She began by recounting the events of last night in detail which I was not really interested in and even showed me all of her bruises twice. It was a shame to see her fragile skin bruised.

After a few drinks she came to the point of the discussion. She wanted to meet a non Thai man who was at least 45 years of age.

So kids, here’s the news. Your tattoos are going to look really silly when you are 60. Your wife will have taken you to the cleaners and your kids won’t be talking to you. The younger generation will have invented a form of
music you detest and Viagra will be outlawed as causing some kind of terrible disease. But Pattaya will still be there and the young maidens from Isaan will await your pleasure. When you get there they will be singing songs that were popular when
you were 20.

I loved this submission. What a wonderful combination of wisdom, experience and brutal honesty.

Next in Green Star Readers' Submissions

“Honey, When Are We Going To Have A Baby?”