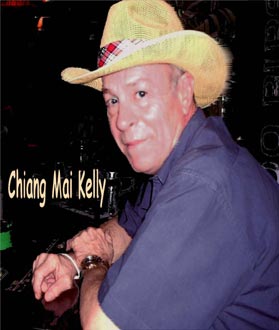 Two weeks in Bangkok one in Pattaya and one in Chiang Mai.

Thailand seems rather tame to me sexually. My ex-wife always told me I needed a hobby and that I worked too much. Online porn became my hobby. Over the course of the last few years I have fulfilled every male fantasy imaginable. Evorah and Nikki, my co stars, were of course normal 20 year old American women who like to go out and dance half naked to watch everyone salivate in their direction. Since the drinking age in Florida is 21, swing clubs were the only semi legal alternative. If any readers have not been to a swing club it is like a disco with beds. Actually, a rather pleasant concept.

At the swing clubs we had done threesomes foursomes and God knows how many somes with and without whips and chains and various other paraphernalia. Thailand does not have swing clubs as far as I know. If anyone knows of any let me know. The Princess is curious.

I set my alarm hoping to get a little sleep because I have to be up and 9:00 to go to work. 2AM she calls and is running late. I figure she is doing coke and tequila shooters. Oh well, another hours sleep. The door opens, of course she has a key. She is tired and whiney. I turn the camera on and sign in. Leaving the lights off because they are hot. We use a digital movie camera and a fairly fast computer. I jump in the shower. She yells, Mark (stage name) I need a dick right now. An early customer. Trying to dry myself off she grabs me by Mr. happy and says, “get it up quick this guy is a big spender.”

I whisper, “shut up the microphone is on.” Oh, she says and smiles demurely at the camera as she pretends my stick shifter is an ice cream cone. Her expert style along with me watching it on the monitor get the desired result and she mounts me reverse cowboy and reaches to adjust the cam. We have a remote zoom for the close ups if requested. He clicks off, probably happy. She is off of me faster than greased lightening and is examining her bottom for pimples in the cam. Eve tells me the tint looks green so I change it. Another customer comes on line and asks if we have any scuba equipment. Too weird, I click him off. The “tickle guy” logs on and he likes to see her tickle me with a feather. I have to be tied up for this and pretend I am ticklish. It Takes a while to get all the props but he is paying 5 bucks a minute so that’s ok with me. He eventually gets his jollies. No action for a while so we go into a free mode put our clothes on and try an attract some business. Nothing doing, so we decide to do a fan club show. Fan club members are good income. They pay a solid 20 bucks a month, every month and get some free shows and free pics. While we are doing the fan club three other guys click on. Eve now realizes she is getting 15 dollars a minute. That turns her on. Oh yea, it's going to be one of those nights. I won’t be able to walk tomorrow. 15 minutes into the show out comes her pocket rocket. She is screaming and bucking like a mustang. Real or not? I don’t know nor care. I am just trying to hold on. The lights are hot and sweat is pouring down her face as she goes for the money shot.

Arriving at the Nana Hotel at 9:00 Pm I remembered the last time I had visited Bangkok 30 some years ago. A lot had changed. I made a quick perusal of NEP and barfined someone and got up the next day and had breakfast.

Ha, I bet you expected some prurient, lustful description of my first night in BKK!! By that afternoon I found I loved the skytrain. The food had become far more varied and better and the girls were as attractive as what I had left behind in 1969 but they were much younger than I remembered.

When I went out in the States with my young female friends everyone assumed I was with my daughter and that got old real quick. In Thailand no one assumed that. They just thought I was an old lecher. Frankly I don’t know which is worse.

I met Toi on the second day and got the pitch from mamasan that it was her first week. She spoke no English and only communicated with me through frightened facial expressions and squeezing my palm. She told me (at that time I spoke about 60 words of Thai) that she had been a masseuse in Burma. She was 21. Her outstanding feature was massage. Damn, she was beyond great. Pains I had had for years disappeared overnight. I will admit I had a hard time walking for a day or so but it was worth it. Toi had one pair of shoes. Four pairs of underwear, two pairs of jeans two tops and lived in a one room apartment with three of her sisters. I bought her a pair of shoes and food. I bought her lots of food. She was so skinny I was afraid for her. She drank wine coolers and sang her little songs as she washed me in the tub and giggled at my attempts to pronounce Thai words that she didn’t understand.

However on my first trip after so long an absence and I wanted to make a general survey so I bid farewell to Toi. I met an office worker (ya, right) who spoke a little English at stylish Bangkok disco. I suspect she was a freelancer but I really wanted a tour more than a permanent relationship and for that she was excellent. Yu knew the ins and outs of the Bangkok club scene and we had a good time together.

After a week in Bangkok the North was calling and I took a flight to Chiang Mai. I like Chiang Mai better than Bangkok perhaps because it reminds me of the Central Highlands of Vietnam or some other subconscious reason. Flashback —- 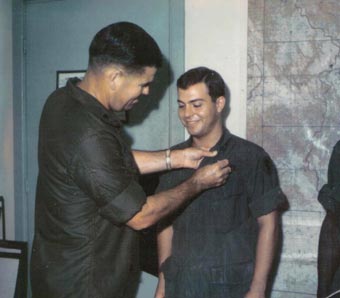 “Where you from, son“, the standard question before a medal and / or promotion was pinned on.

Col. turns to his aid and says “Chang My, sounds like some gook ville, what is that and should we really be promoting this soldier?”

Flicker (a flicker is an aid to a field grade officer. Every field grade officer (Full Colonel and above) has a un-zipper a flicker and a zipper) (now, I think this is obvious but in case they don’t have those in the British Armed services an un-zipper, unzips his fly and the flicker flicks off any excess moisture and the zipper zips his fly back up)

Flicker “Yes sir, he’s just a little disoriented sir, he has been in-country 18 months. Ah hem (cough) we have a schedule sir.”

The Colonel pins on medal.

As the Colonel walks away and to his waiting helicopter.

Colonel to flicker “Who are those small dark women with the odd hats on?”

Flicker “I believe they are hill tribe people, sir.”

Colonel “What are they singing?”

Flicker “I don’t know sir but it sounds a little like “Please Mr. Postman” sir.”

Soldier #1 “You actually told him you were from Chiang Mai?”

Soldier #2 “That’s not all, those ladies Kelly brought back from his last excursion now think he is a General and the national anthem of the United States is “Please Mr. Postman.”

Soldier #1 “Kelly you have been here way too long.”

Kelly, “Oh Ye of little faith, someday I will go back to Chiang Mai and be welcomed as General Kelly by hundreds of hill tribe people all singing Please Mr. Postman.”

From then on they called me Chiang Mai Kelly.

To be fair, although I have no first hand experience but I understand in the Australian Army they have Sheila’s that are the zippers and flickers and in the Kiwi Army they have trained sheep to accomplish the same objective.

In Chiang Mai the seafood is not as fresh as Bangkok and the bar scene is quite limited and the sex is even more parochial. I don’t think it is much cheaper than Bangkok. In general I would not recommend anyone visit Chiang Mai.

I went to a couple of gogos.

The Star Six is a Thai gogo and that was an interesting experience. None or little English spoken. I bar fined the most beautiful women in the place. That is always a mistake unless you are the most handsome man in the place or the richest man in the place or have spent some time and energy establishing a relationship which I had not. It was obvious she was disgusted by me. Lousy performance, same same as you would find taking a Tampa 20 year old stripper to your hotel. Unless of course you bring the right kind of refreshments for a 20 year old Tampa stripper hint hint the stuff looks like baby powder. I did find couple of interesting companions at the Spotlight A Gogo and entertained them for a few nights. I also have an older (35 year old Thai lady, PHD) friend in Chiang Mai and we spent the rest of the time together with her chaperone brother.

Then, as it did long ago I kept hearing Pattaya in my dreams and got on the plane again bound for the south. I really like the women of Pattaya. If it wasn’t for the heat and all the Farang drunks I would be living in Pattaya. However, diversion I did find in Pattaya. Daa was a keeper.

32 but looked 22. A dynamite dancer and a fun drunk. In the middle of the street at 2AM shouting “I not dunk, I know Lek Hotel, tinee tinee, I no dunk dunk“. And Daa could assume the most unusual positions. 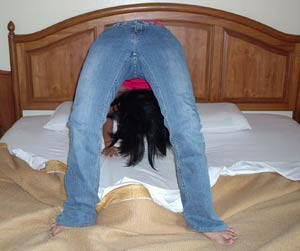 Daa, however was the jealous type. She guarded me like a sack of gold as did her intelligence network. Walking down the street to meet her at some appointed location people would pop up from out of no where and say hallooo Kelly, Daa waiting for you sure sure. What you do here? Daa not this way she that way. It became a little un nerving. I have had a brief acquaintance with the intelligence of four different countries and the Thai bar girl intelligence network outshines them all.

Boy was I in for a surprise!

There's a crack of the whip left in me yet, Stephen, old chap, said Mr. Dedalus, poking at the dull fire with fierce energy. We're not dead yet, sonny. No, by the Lord Jesus (God forgive me) not half dead.

Postscript: It has been 7 months since the above events took place. I contacted all the women to see how they were doing. Evorah makes a grand a night stripping at a club in Florida. Toi only lasted a week dancing and she is now doing laundry in Bangkok. Yu married a rich guy from California and they are both coming to Chiang Mai to see me this month. Daa is still dancing at a club in Pattaya.

A colourful life you have led.